“It has been calculated that if no accident prevented the hatching of the eggs and each egg reached maturity, it would take only three years to fill the sea so that you could walk across the Atlantic dryshod on the backs of cod.”

–Alexander Dumas, 1873, on the prolific reproduction of cod.

“Our data highlight the societal consequences of an ongoing erosion of diversity that appears to be accelerating on a global scale. This trend is of serious concern because it projects the global collapse of all taxa currently fished by the mid-21st century (in the year 2048).”

“It looks grim and the projection of the trend into the future looks even grimmer. But it’s not too late to turn this around. It can be done, but it must be done soon. We need a shift from single species management to ecosystem management. It just requires a big chunk of political will to do it.” 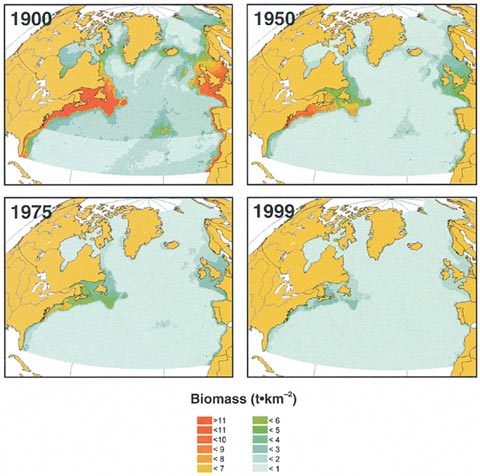 Note the dramatic decrease in biomass (living matter – like fish, shrimp, scallops, krill…etc.) in the Atlantic Ocean from 1900 to 1999. Just in 99 years…
Source: Daniel Pauly and Jay Maclean, In a Perfect Ocean, 2003.

What happened to the world between Duma’s 1873 optimistic observation and Worm’s grim prediction, just 133 years later? What can we do about this issue, before it’s too late?

This is precisely the topic of Mission 2011.

Mission, or otherwise known in the course catalog as 12.000 – Solving Complex Problems, is a freshman-only, 9-unit course that is geared towards exactly what the course title says – solving complex problems. Each year, the freshman of each Mission class tackle one aspect of great complexity (2010 – New Orleans Reconstruction, 2009 – Tsunamis in the Pacific Basin, 2008 – Galapagos Island Preservation Management), and devise a plan of addressing this “complex problem.”

Freshmen taking this course are exempt from the 54-unit credit limit (our’s is 57). Mission also takes the place of a freshman seminar

Over the first semester, freshmen in Mission examine in-depth the issue presented that year, starting from conducting extensive research on the topic. The topic is subdivided into sub-topics that discuss the issue on a closer level (a few examples of this year’s groups were: International Cooperation, Aquaculture, and Environmental Change) through a variety of research methods – books, journals, Internet, and real-life interviews, just to name a few. At the end, the consolidation of research takes place, and the group as a whole begins to devise a “plan of change” to the central issue. This solution is also generally drafted by different students who had begun to specialize in different subtopics. At the end, these drafted solutions are compiled together to form the “master solution.”

At the end, a website is created, summarizing the efforts of the class. A verbal final presentation is also given to a panel of specialists (for this year – biologists, oceanic researchers, fishing representatives), with a live Q-and-A to follow. The Q-and-A session is one of the most interesting moments of the class, as students are now asked to demonstrate their mastery of the content and the logic of their solution live, in front of a group of knowledgeable experts. You can see the recorded final presentation (which took place on December 4) here. 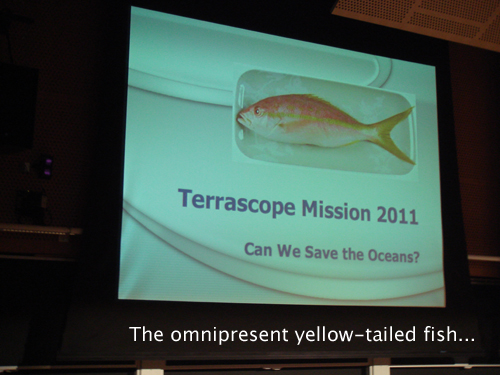 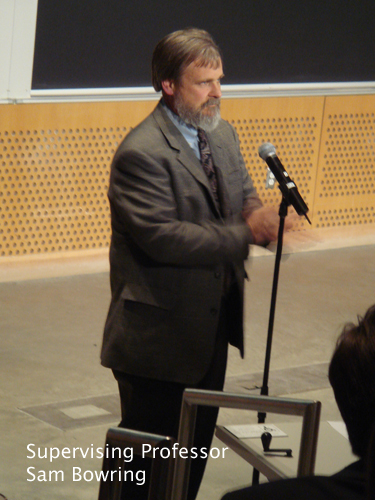 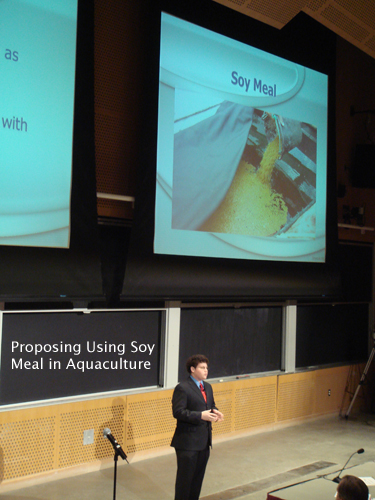 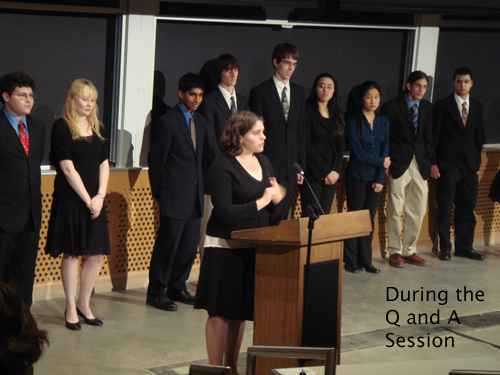 I think one of the most impressive things about a class like Missions is the focus on formulating a solution to a real-life, continually evolving problem. In the beginning, the answer seems simple and straightforward – “the fish are dying? why don’t we just eat less fish?” After reading through thousands of pages of books, journals, and .pdfs and pulling several all-nighters, the answer doesn’t seem so simple anymore. There are so many levels to the same problem – environmental concerns, politics, social issues, finance, international cooperation…and I’m just scratching the surface.

What Missions make you realize is that each “complex problem” in the world entails an immensely web of interconnected issues. Quickly, you begin to realize that “eating less fish” simply isn’t a sufficient solution to many island nations, who depend almost exclusively on fish as a source of protein. Also, what about countries like Japan, which had been traditionally and culturally dependent on fish? (think sushi…). Also, how do you implement your solutions after you formulate them? How are you going to increase public awareness of the issue (how many people do you know that know 70% of commercial marine fish species is being fished at ecologically unsafe levels?). How are you going to get the legislators in Washington DC to care? How are you going to ask countries in the UN to cooperate on a treaty addressing overfishing?

The workload is overwhelming at times, and there often seems be no end to the research – but I came out of the class knowing more about subject of overfishing than I ever did for the last eighteen years of my life – and it really gave me an appreciation of the pressing need to educate the public and increase awareness about the subject. With the projected world population to break 9 billion within my lifetime (in 2050), this is something that I need to care about, now.

Mens et Manus. Mind and Hand. Now you know the facts, what are you gonna do?

27 responses to “Can You Save the World’s Oceans?”