I love where I live!!

East Campus is the best home I could have ever asked for.

Dorms at MIT are kind of different from most other colleges. Each dorm has its own special culture – and ours is especially fantastic. Not only do the dorms have awesome cultures – but also each individual floor has its own fantastically different culture and feeling of community!  My absolute favorite floor in the world is my home. I live on the third floor of the east parallel of East Campus, called Tetazoo after the infamous James E. Tetazoo. We honor Squanches and eat a whole lot of pancakes. 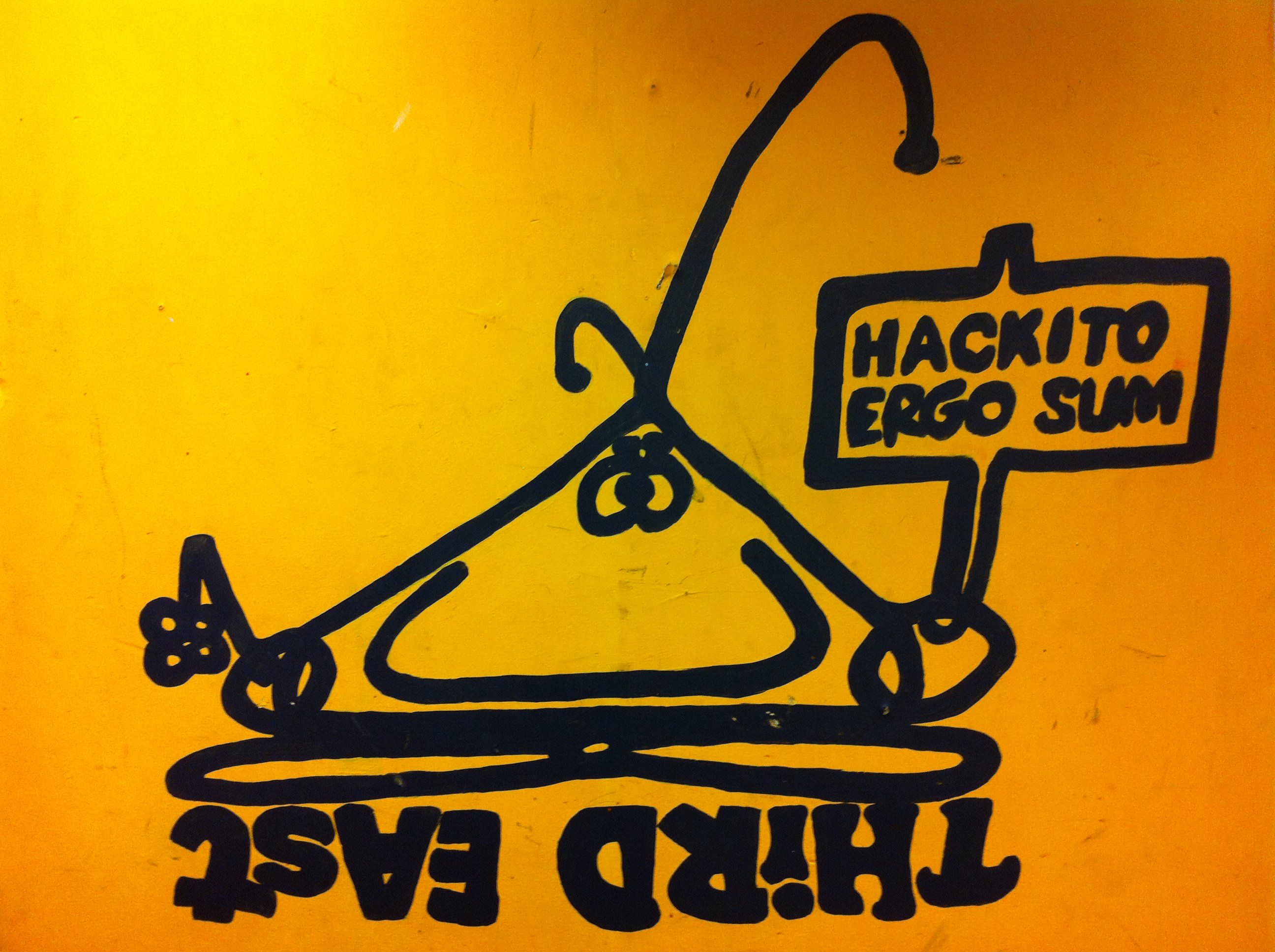 Perhaps one of the coolest things about Tetazoo is the presence of cats.

Here on Tetazoo we have three adorable kitties. There are Kerry N. ’14’s little kitties Galileo and Thor (Kate R. ’14 wrote about them!!) and they are so sweet and fuzzy. 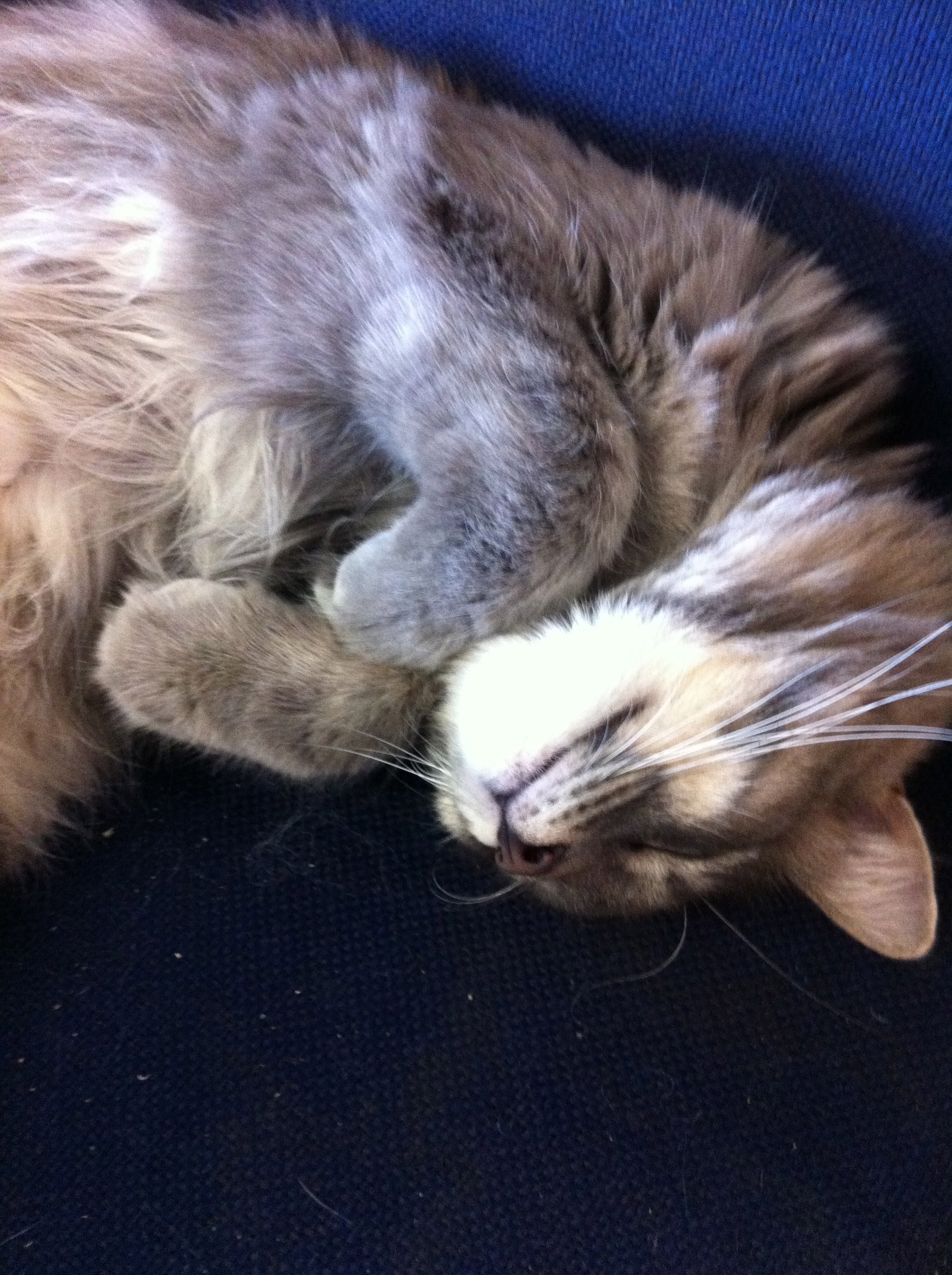 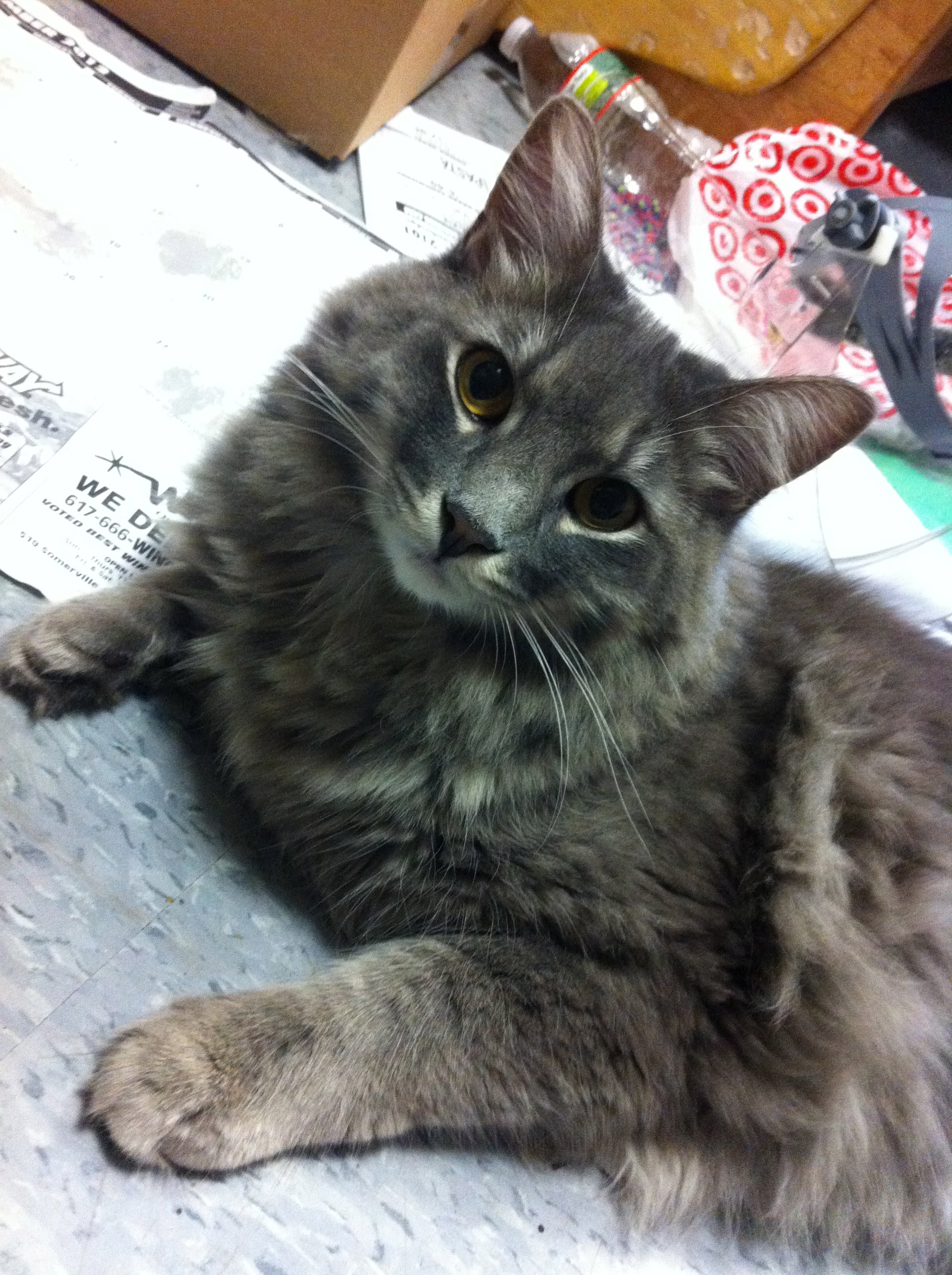 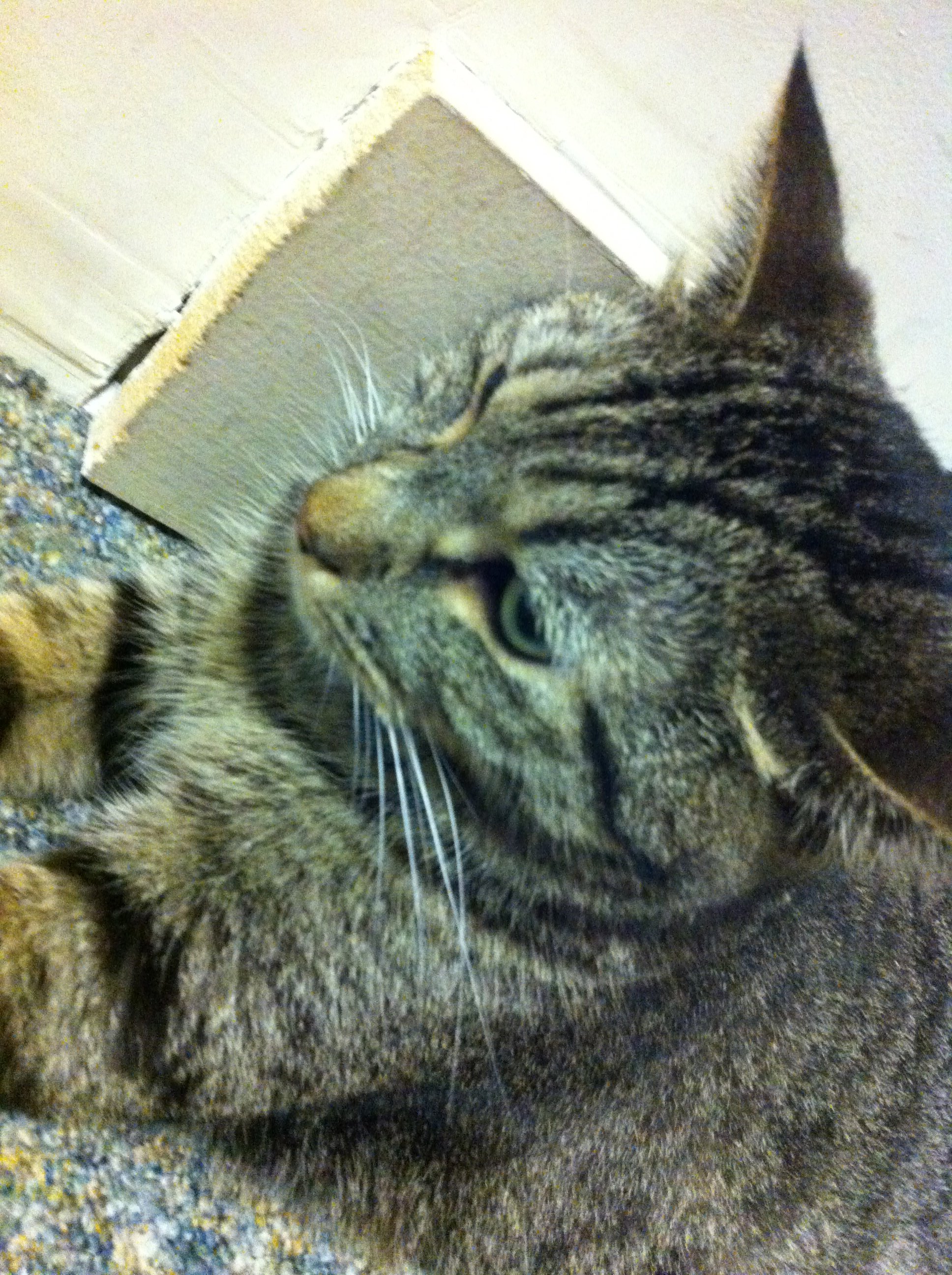 They are so amazing and adorable!!

But our third cat is especially… um.. unique. He is still amazing and adorable, but he’s very different. His name is Crichton, and he is not that intelligent. He is known as Derp Cat. 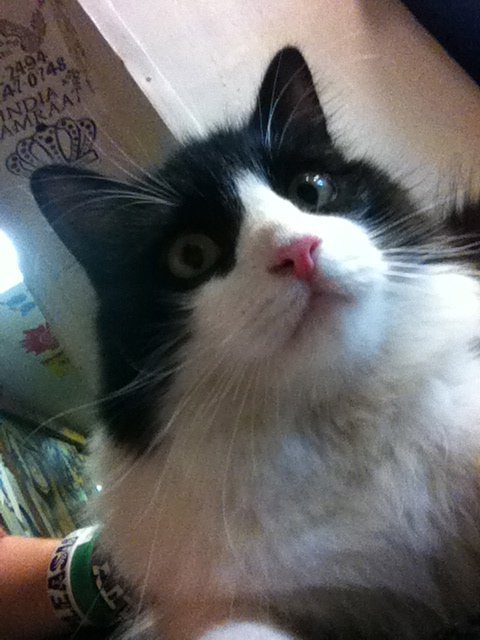 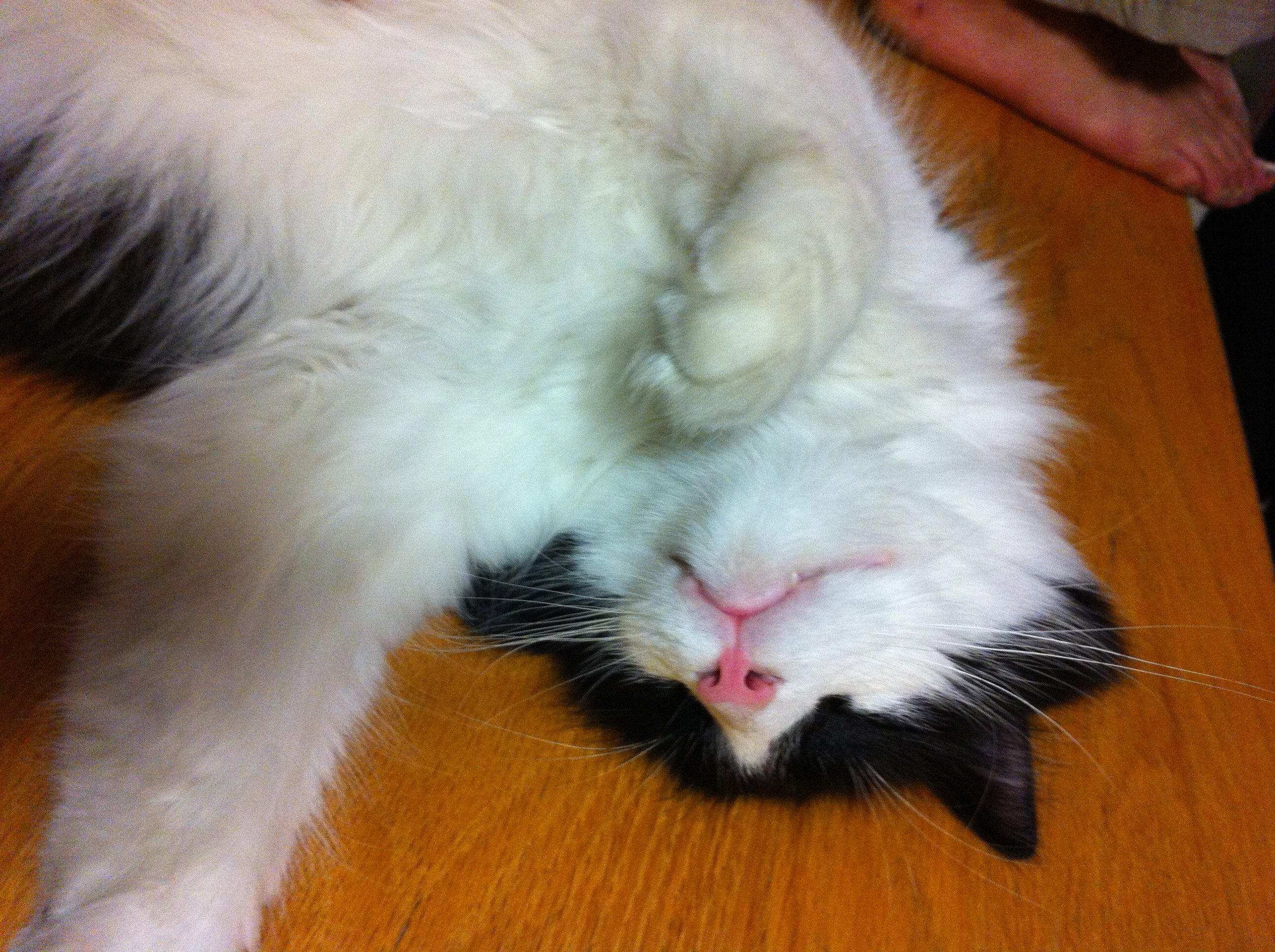 As you can see, he is very derpy. 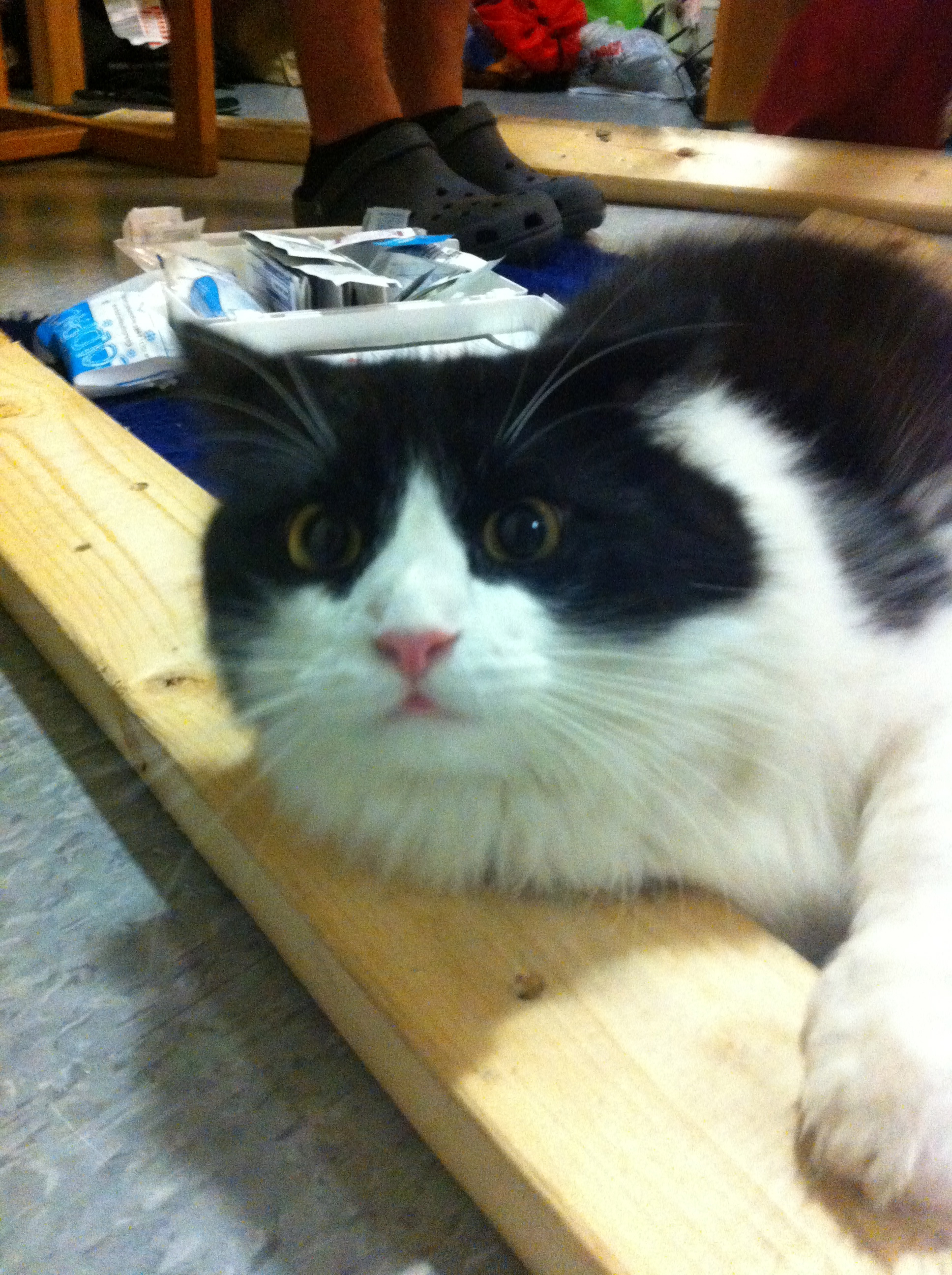 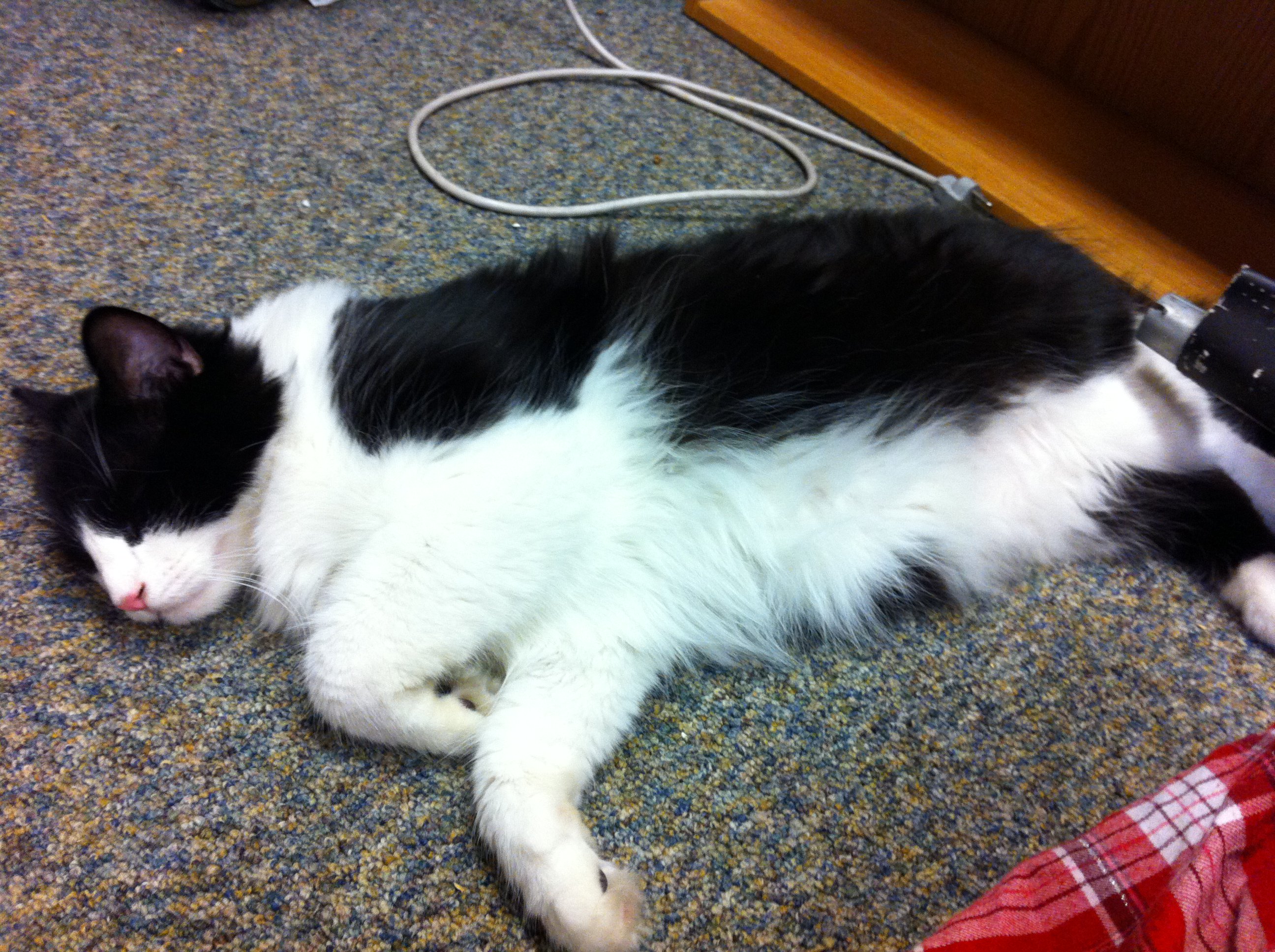 Derp Cat is not smart. He is not smart at all. Here is a story about Derp Cat’s intelligence.

One day, Derp Cat decided that he wanted to mosey on into the room of Duncan ’13.  The top part of his window was stuck open and without a screen. Today, this window is fixed and with a screen. But that day, there was no screen to block things from falling out of the window. Like papers. Or people. Or cats. I think you know where this story is going. 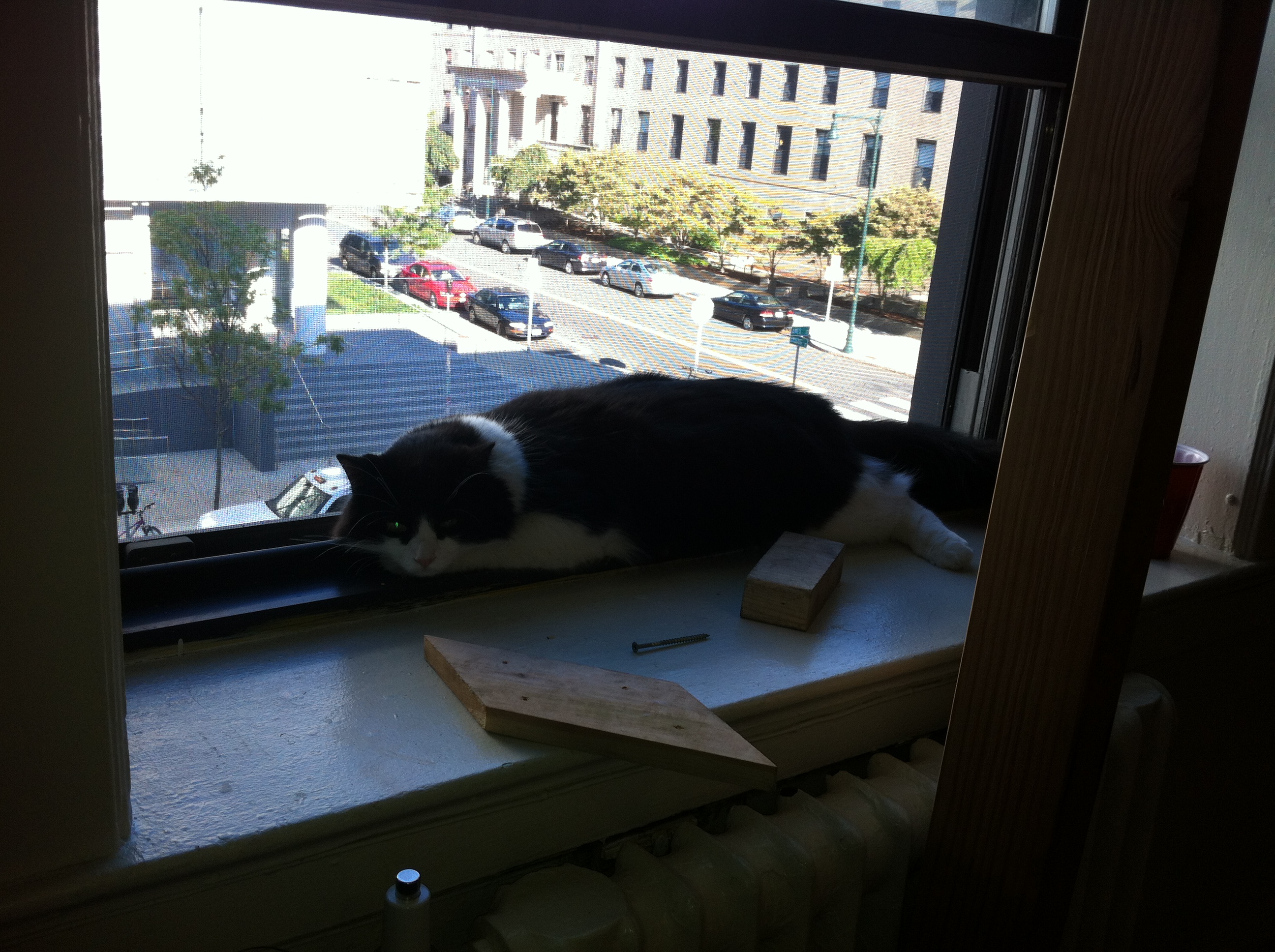 So Derp Cat saw this open window, and he’s really stupid, and he decided to jump out the window. I’m not sure how he got up there, but he did.

Derp Cat went out the window and went “Meow” and then he was in a bush. He was fine, just a little dizzy, but he fell three stories. He’s not that smart. Adam ’15. told me that when Derp Cat fell out the window, he went “Derp Derp Derp” instead of “Meow.”

Thus, Derp Cat confirmed that he was given the right name. I love him very much, but he’s quite unintelligent.

I love our cats. And our home. East Campus and Tetazoo are amazing :)