what i am/am i doing with my life

Here’s to a basically mid-semester check-in to what I spend my time doing. I waited because I naively hoped that life would settle down into a rhythm before I profile it, but also because I was procrastinating as bloggers do. Probably primarily the latter. 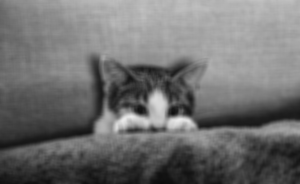 I made that cat black and white and blurry (on purpose)! That was me! Mind you, this was the very first problem set. About a month and half in now, it’s safe to say that I will have learned a lot by the end of this semester. Perhaps even enough to compensate for the fact that my Sundays have been renamed “Day of 6.009 Office Hours.”

This class focuses on “mathematical modeling of computational problems,” which basically means runtime and common algorithms, like merge sorts and Dijkstra’s shortest path. I fluctuate in this class from really feeling like I have a grasp on the material to feeling like the professor is speaking a foreign language. This bipolarity often occurs within the same lecture, but if I sit in office hours for enough time, it sometimes starts to make a little sense.

Every year, registration for this class is lotteried probably because Professor Eric Lander, one of the leads on the Human Genome Project, is a lecturer for the class. The best part is I have the opportunity to take him out to dinner through the Student-Faculty Dinner, assuming we can fit into his busy schedule. Currently debating whether it’s too weird to ask for an autograph or something.

ES.S41 Nonviolence as a Way of Life

This class is taught under the MIT Prison Initiative, with philosophy Professor Lee Perlman, and philosophy it is. We’ve spent entire classes focused on the word forgiveness, discussing it objectively and subjectively, defining it meticulously, and creating counterexamples that take us right back to square one.

I take this class with the inmates of the Norfolk medium security prison, who are often serving very long or life sentences for their crimes. To hear an MIT student’s perspective is interesting, but to hear a gang leader’s opinion on nonviolence is something else. For them, the parallel experience of hearing our perspectives and similarities with their thoughts have surprised them as well.

It’s a five hour block every Thursday, given transportation and processing time, but this is probably (hopefully) the only context in which I’ll ever set foot in prison, and that experience has already been profound and educational in more ways than simply discussing the readings of Gandhi on campus. My plan is to post more in depth about this in the future, after I figure out the boundaries of privacy and legality (someone hold me to this).

In an attempt to gain some semblance of body awareness, I’ve found a new hobby (yay for things besides psets)!! This weekend, I’m competing (so soon wowza) at Brown in like 9 different dances, currently knowing only three-ish and feeling like I have two left feet, so this should be fun!

I’d say ballroom is my “let’s try something new even if I suck because that’s part of the amazing human experience” item of the year. So far, it’s been a blast, despite tipping over several times in high heels already while dancing. Updates (most likely) coming in the future.

To support my lack of a meal plan and therefore, constant take-out ordering, I have found a cool CSAIL lab to work in (coincidentally in the same group as Anelise N. :o). Here’s the rig I get paid to play with: 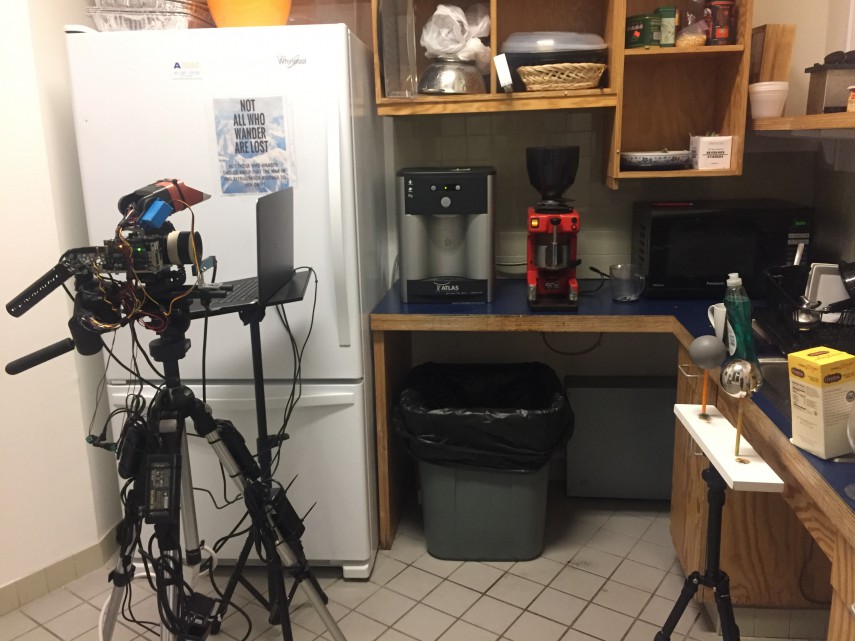 The idea is to create a dataset that a machine learning model could train and test on to reconstruct the scene not in the frame, using tonality data. Applications of this include using the model to “see beyond corners” and also render items in augmented/virtual reality. It’s some really cool stuff that I don’t necessarily entirely understand yet, but I’m so happy to be at the intersection of photography and machine learning applications.

Wow, trying to get a job is like a full-time job. Even with job postings swimming in buzz words like “Harvard MBA looking for app coder,” “machine learning,” and “startup culture,” it’s hard to sell yourself to the recruiter, while also convincing yourself that you won’t just be another cog in the corporate machine.

I shouldn’t even be complaining. I was talking to a Course 1 Environmental Science major (so rarely found in the wild, I know!), and she was explaining to me what the job search struggle really sounds like when companies are only big enough to hire one intern per summer, but there are often moral issues with working at big oil companies that can afford a herd of interns.

The past few weeks have been very heavy, weighed down by things that happened within the MIT community and the world, from losing a member of our class to natural disasters near my family. The result is that the hours I’ve laid awake in bed could easily amount to time I’ve spent in class. What a time to be alive.

I’ve been writing this piecemeal as I wait for data collection in my UROP, or if I ever get tired of banging my head against a wall for a problem set, so apologies on any discontinuities or tangential trains of thought, as I am hOsEd.