i have no less than three different drafts for blog posts stewing sadly in my wordpress at this current moment, but have not had any time to put any thought into them, which should give you an idea of how hosed i am.

but this semester, it’s a different type of hosed. in other semesters, there would always be work to do, and during some weeks work piled up to a truly unbearable amount, but there would be gaps to breathe between all the work.

this semester, i think i’ve become a grown up kind of hosed, where i no longer have ‘hell weeks’ as often, but there are two kinds of weeks: hard weeks and slightly less hard weeks. during hard weeks, i spend the entire time grinding out psets (specifically, finishing up 18.404 and the 6.031 alpha) and during the less hard weeks, i try to catch up on other stuff, like applying to jobs⁠01 i promised to make a blog post about this before the end of the semester...i'm doing my best and working on my UROP⁠02 which is really what i want to be spending all my time doing . i started (and stopped) using Trello recently – i started because it was a convenient way to keep track of the bajillion things that i want to get done at any given moment, and i stopped using it because it was depressing that the list never emptied.

i’ve realized⁠03 again, because i've definitely realized this before that filling my time with items from my to do list is not a very healthy mindset and that i should take more time to do fun things that aren’t necessarily productive. in honor of this re-realization, i decided to document all of the fun things i’ve done this semester, which is a thing that i do when i think my life is getting a little too hard and i want to remind myself of all the fun i’ve had among the hard times :,) 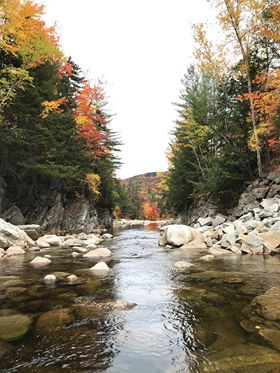 new hampshire is the prettiest state!!

me after binging literally six seasons of this show

if i’m lucky, perhaps i will be able to fit about the same magnitude of fun things in before the end of the semester. preferably i can fit more in. having fun is important and life shouldn’t be a grind.