Not every writer is an artist. Not every piece of writing is a work of art.

I realized this last year as a high school senior when I was frantically typing up essays fueled by caffeine and a tinge of desperation. Each college admissions essay was supposed to present all the best sides of me, highlighting my accomplishments, challenges I’d overcome, my individuality, and my impressive vocabulary. Being word-limit averse and untrained in the ways of the humblebrag, I was challenged. In addition, I was confronted with A LOT of anxiety about whether my writing came across as narcissistic or just plain pretentious. I felt uncomfortable using the words “I” and “me” more than once every few sentences. I cringed a little when I typed the words “goals” and “future” because I was uncertain about both (and still am). In addition, I felt like each of the essays I wrote could be the most important of my life, yet they felt so uninspired on the whole and misrepresentative of what I really wanted to write about.

Fast forward to today, and I can point to every misconception in the preceding paragraph. As one of the freshly admitted young bloggers, I am not very far removed from the circus that was college applications for me and likely for others. Therefore, I feel a sense of duty in debunking my own past ideas about these essays, because maybe they’re similar to yours.

1. It’s virtually impossible to summarize yourself in a few paragraphs. You are not 100 words or 250 words or 500 words. You are not a response to a prompt. You are not your résumé. Specifically for the MIT application, the point of several short writing prompts separate from the “Activities” section is to capture a glimpse of you outside of what you look like on paper. Each little essay is a snapshot of you as a person instead of you as a data point (coughcoughcollegeconfidentialcoughcough). A snapshot doesn’t show every detail of your face. Likewise, these mini-essays may not represent you in all your 1080p HD glory.

2. You don’t need to use the essays to prove that you are accomplished. That’s not the point. This is where you try to connect with the readers and show them who you are and what drives you. Mentioning your multiple international awards in science or mathematics even in passing is just unnecessary. (Side note: most people who make the decision to apply to MIT are in fact accomplished anyway–I’ll let you figure out if this is causal or correlative.)

3. You don’t need to use the essays to prove that you have overcome insurmountable odds. Realistically speaking, you probably haven’t. And that’s okay. But what about the most significant challenge question? Your most significant challenge may seem insignificant if you compare it to other hypothetical applicants. But you are not them, so don’t stress over not sounding as resilient as them. There’s this weird trend in the college application game where people try to one-up other peoples’ personal challenges or even suffering. It’s not a competition–just be honest.

4. Your ability to use thesaurus.com will not get you into any college. I love polysyllabic verbiage as much as the next person, but deliberately employing SAT words-of-the-week tends to interrupt the flow of your writing, detracting from your personal style rather than bolstering it. Unless, of course, refined loquacity is your style of writing, you can save the fancy words for more formal writing.

5. Most people feel weird writing about themselves–it’s okay. Keep in mind that these essays are by you and about you, so “I” and “me” are entirely appropriate. Autobiography and personal narrative are hardly ever considered narcissistic art forms, so why should you feel that way about your own writing? Once again, the purpose of the essays is to show who you are to the group of strangers who decide if you would be a good fit for the school. Who better to develop your character than you?

6. Application essays may not be your best writing, but they don’t have to be. Have you ever heard of one of these essays winning a major award? Probably not. Likewise, your essays do not need to be adaptable into an Oscar-winning screenplay, eligible for a Nobel Prize in Literature, or even publishable in a school literary magazine. I’m not saying that you shouldn’t put effort into writing your essays well, but I will admit that what I submitted was not my best writing by a long shot. The fact that I don’t remember how I answered a couple of the questions should be evidence enough of the fact that my essays weren’t groundbreaking or profound. People are able to get in even with spelling errors in their applications. Less than perfect writing is not a dealbreaker, but please proofread anyway.

So how should I start writing these essays?

The trick is that there isn’t a trick to it.

I can tell you what works for me, though.

After some rushed essays destined for schools that weren’t MIT, I settled into a groove of writing for the college application. This groove is what people call flow or “the zone”– a state of enjoyably intense focus on or absorption in a task. Flow is the best thing that I’ve experienced at MIT so far. Last Sunday, I knocked out two psets, one after the other, days before they were due. If you’ve never gone here, maybe you don’t understand the amount of focus and time that takes. But I enjoyed it. A side effect has been that I’ve been seeing psets in things that are definitely not psets. As I watched the MIT Symphony Orchestra, I couldn’t help but see the F-holes (yes that’s what they’re called) in the cellos as double integrals. Walking across the Harvard Bridge, I briefly thought that the “oxygen” at the end of the word CITGO on that famous sign near Fenway needed some lone pairs in order to be accurate. 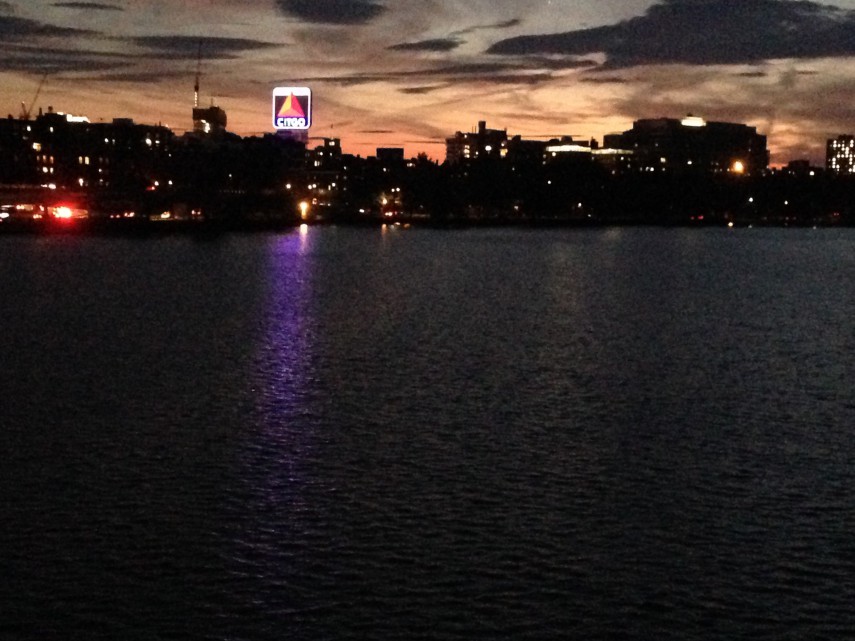 I’ve found that my writing is better when I’m in a mental state similar to flow. I keep the objective at the back of my mind for a few days, looking for inspiration in the ordinary along the way. Then I sit down to write, loosely at first, refining my thoughts as I go. There is nothing wrong with starting over if your first attempt doesn’t work out. Of course, this is easier to do when you aren’t rushing to submit an essay before a deadline. It’s also easy to forget that the first attempt may be the hardest one. Writer’s block is a terrible affliction with no known cure, but here are some ways I’ve tried to fight it. (Commence list number 2!)

1. Draw some doodles. Squiggly lines help you to think creatively. (This helps me, at least).

2. Move around. Go for a walk. Dance a little. Get the blood flowing to your brain.

3. Play a simple game. This may seem counterintuitive if focus is your main goal, but your subconscious mind will be working on the whole writer’s block issue while you play (so it’s smart to take this kind of break).

So there you have it, Early Action applicants who maybe haven’t started on Part 2 yet (I’ve kind of been in your shoes). Best of luck.