Football home opener by Mollie B. '06

College football is as American as apple pie.

I realized the other day that, despite the fact that most of you are probably at least dimly aware that I’m a cheerleader, I never write anything about cheerleading. (To be totally honest, this is pretty much because there are very few pictures of me in a cheerleading uniform on good hair days. Seriously.)

A few weeks ago, the cheerleaders recruited new members at the Activities Midway. We mostly utilized free candy and the promise that we don’t require new members to have prior cheerleading experience. (As some others of you may also be dimly aware, I was in the marching band at my high school, which pretty much made me the anti-cheerleader.)

Well, after training the new girls (and guy) pretty intensely over the past few weeks, we were finally ready for the football home opener yesterday. Although the weather was miserable, we all curled our hair and put makeup on and showed up at the gym an hour and a half early. After running through our cheers a few times and warming up stunts, we went to the Z-Center pool to cheer briefly for the water polo team. (We will, as a general rule, cheer for any team which asks us to. The water polo coach came in after practice the other night and asked Robin and Rita, this year’s captains, if we could cheer for a little while. How could we say no?)

After cheering the water polo team to a 5-2 lead at the end of the period, we left for the football game. It wasn’t raining, exactly, but it was humid and very gray, so my hair looks awful in all the pictures. Just warning you ahead of time.

The MIT Engineers were playing Massachusetts Maritime Academy, another school in the New England Football Conference. Football and most other MIT sports are division III, mostly because MIT athletes are student-athletes, not athlete-students. Football players at MIT take 8.02 and 18.02 with the rest of us — no “Rocks for Jocks” at this school.

We were also treated to the musical stylings of the MIT Marching Band. I was really excited about this, since (as stated above) I was in band in high school. The band did a great job, even playing an impromptu (and perhaps improvised) rendition of “Row Row Row Your Boat” when the fans began singing it to taunt the Mass Maritime team. 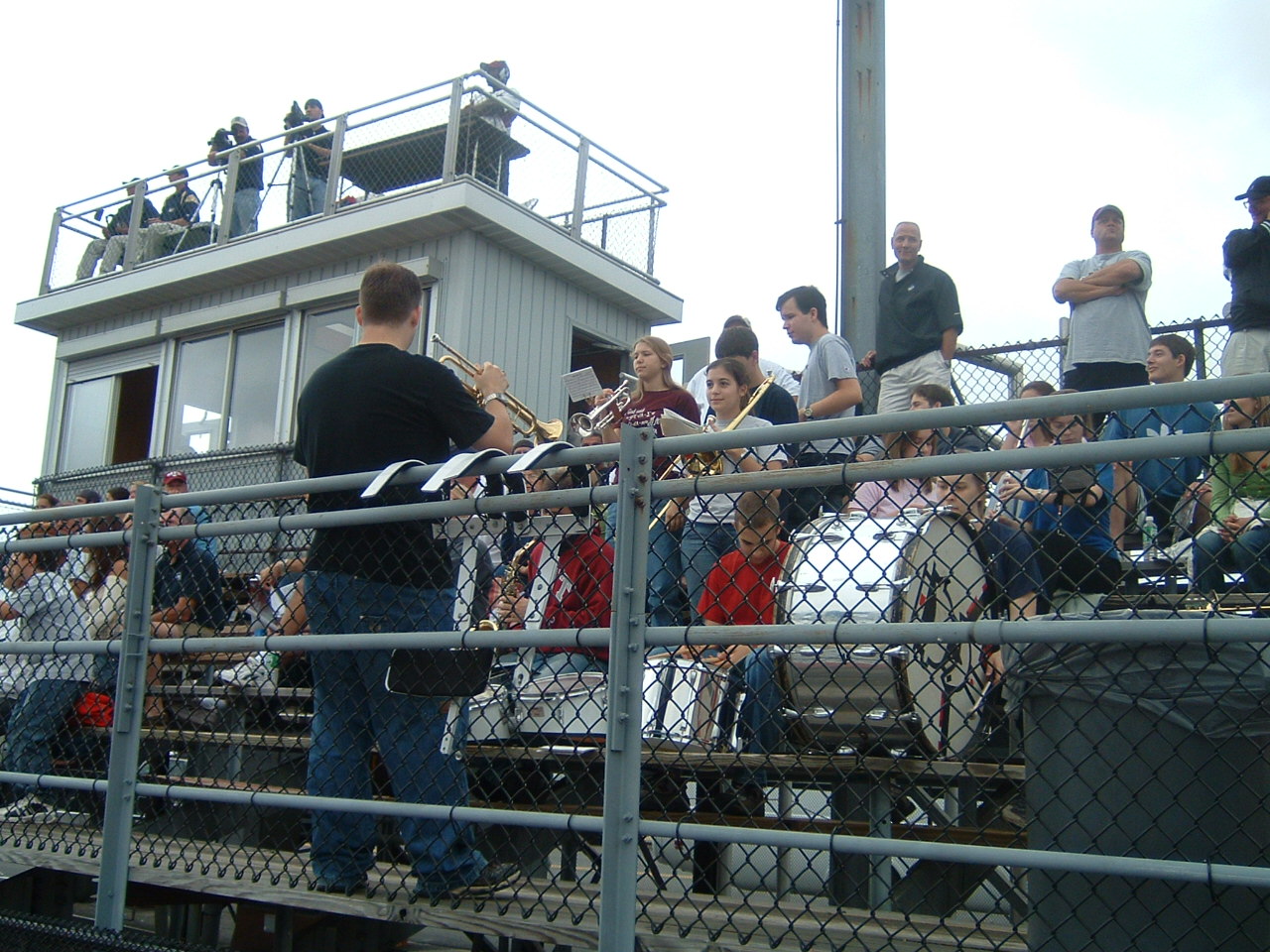 Rita and Robin are going to attend the next marching band practice so they can make up dances to the songs the band plays. OMG, it’s going to be just like high school, only harder!

The fans were mostly ATO brothers, there supporting the large percentage of the football team which is also ATO. 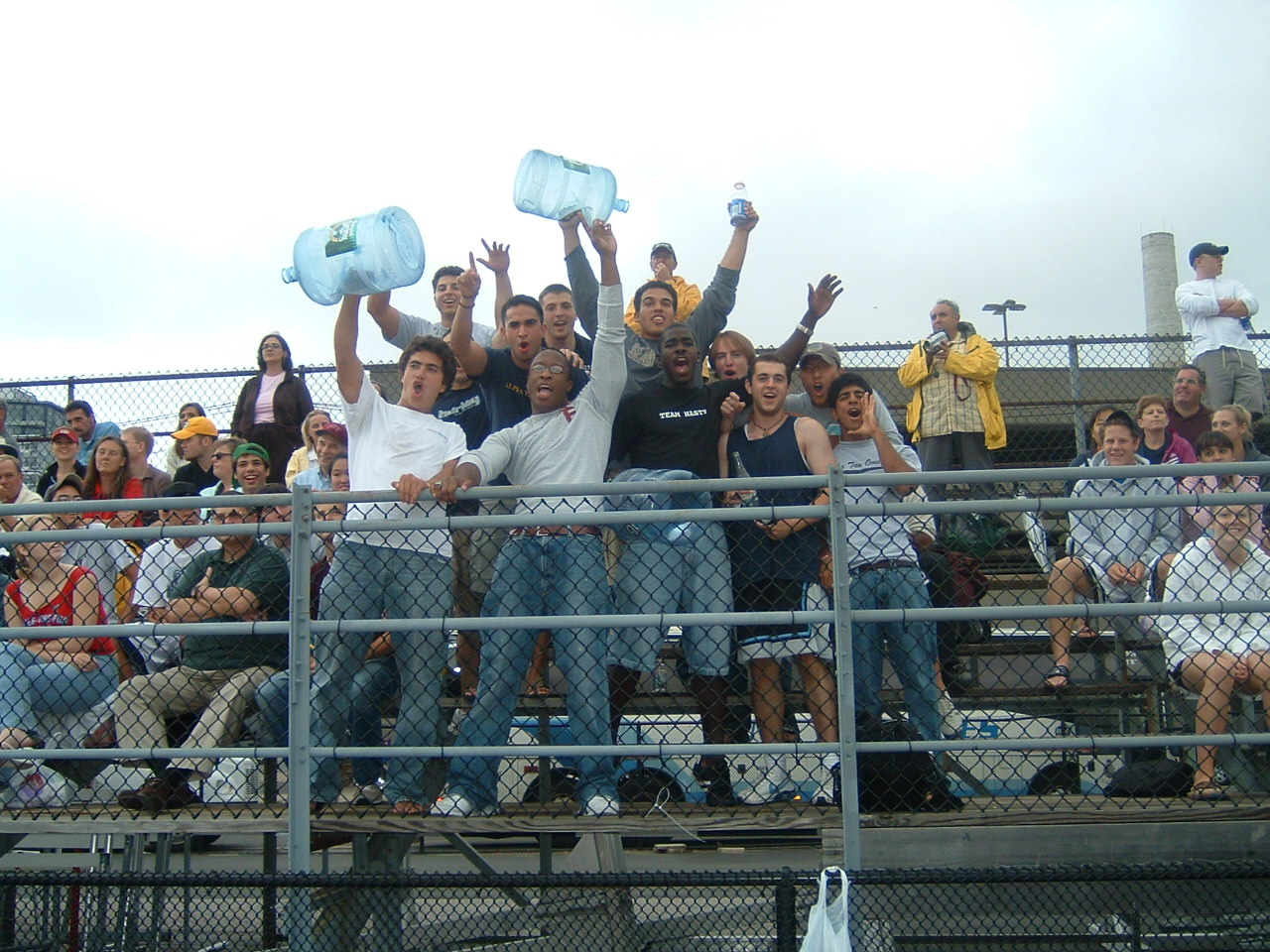 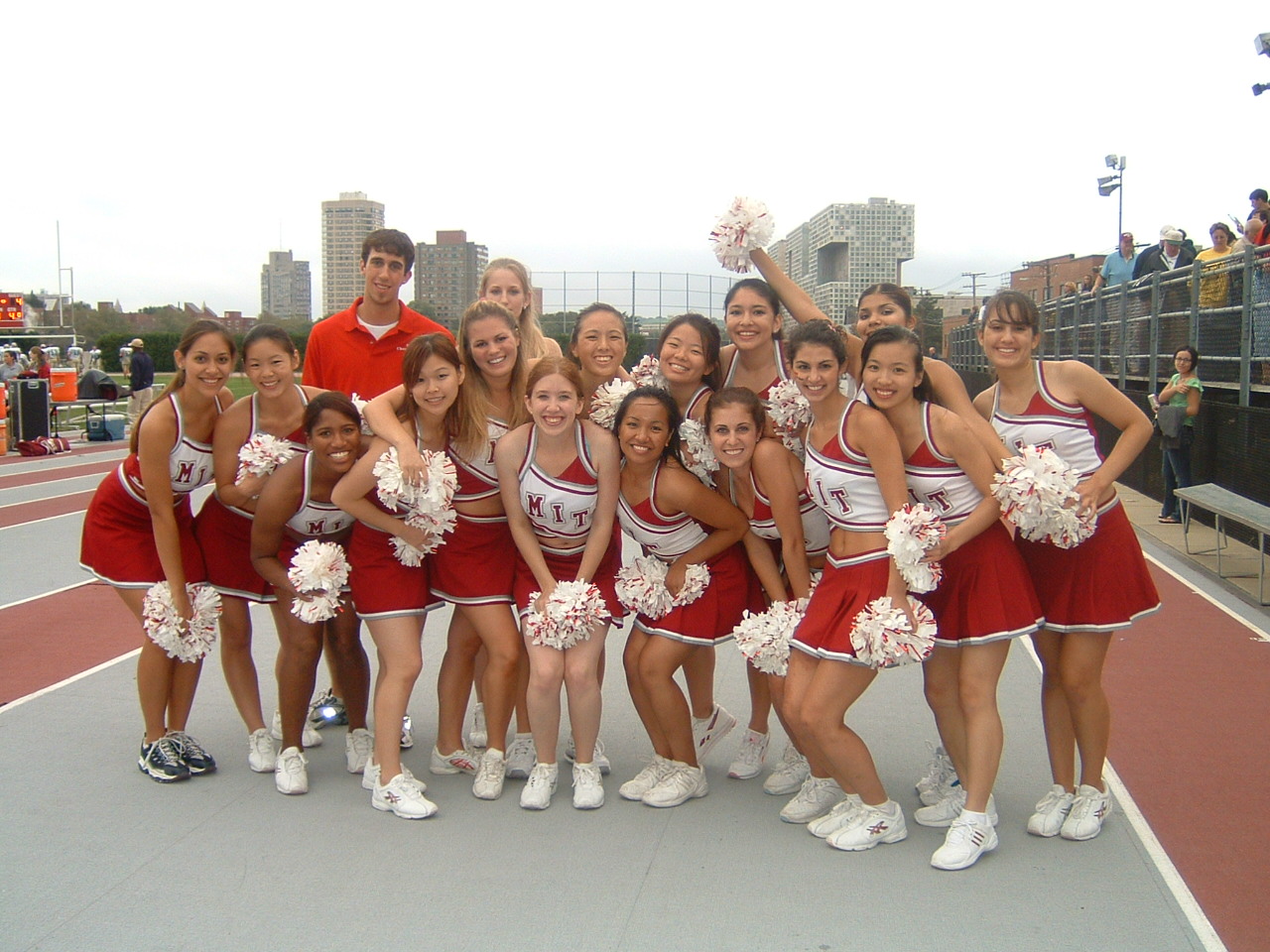 (And in case you were wondering, MIT won the game 29-14, even though we lost our backup QB and best running back when they took some nasty hits from the Mass Maritime guys — don’t get me started on them.)

There are more pictures from the game in my Public folder. Enjoy!