In 1981, Gerald Fink was a professor at Cornell and a member of a visiting committee at MIT. At the time, MIT faculty and administration were split over the idea of establishing an MIT-affiliated but independent research facility on campus that would be known as the Whitehead Institute. At the time, this was considered a “radical experiment” that faced much opposition. Fink remembers being a part of one meeting about Whitehead in which then-President of MIT Howard Johnson leaned over and quietly asked him if he thought Whitehead was a good idea. “Absolutely excellent, wonderful idea,” he whispered back. In 1982, Fink became a founding member of the Whitehead Institute. 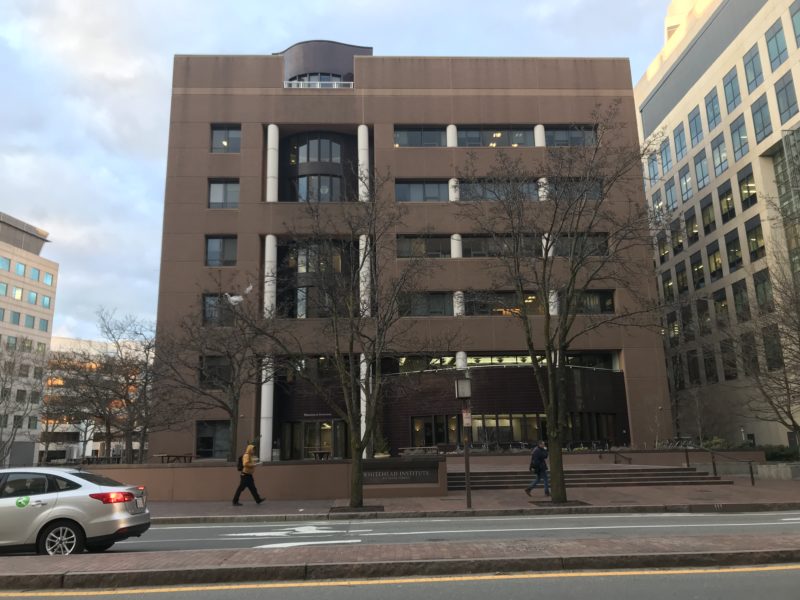 I walked into 10-250 last Thursday not knowing what I was there for. There had been signs up all over campus for a week or two advertising a guest lecture entitled “What is a gene?”

I thought that was a stupid question, because I know what a gene is. It’s a piece of DNA that is transcribed into RNA that is translated into a protein. This must be a Hail Mary review for those seniors who are struggling with the concept in the 7.01x biology class that they need to pass in order to graduate. What could this guest lecture actually be about? 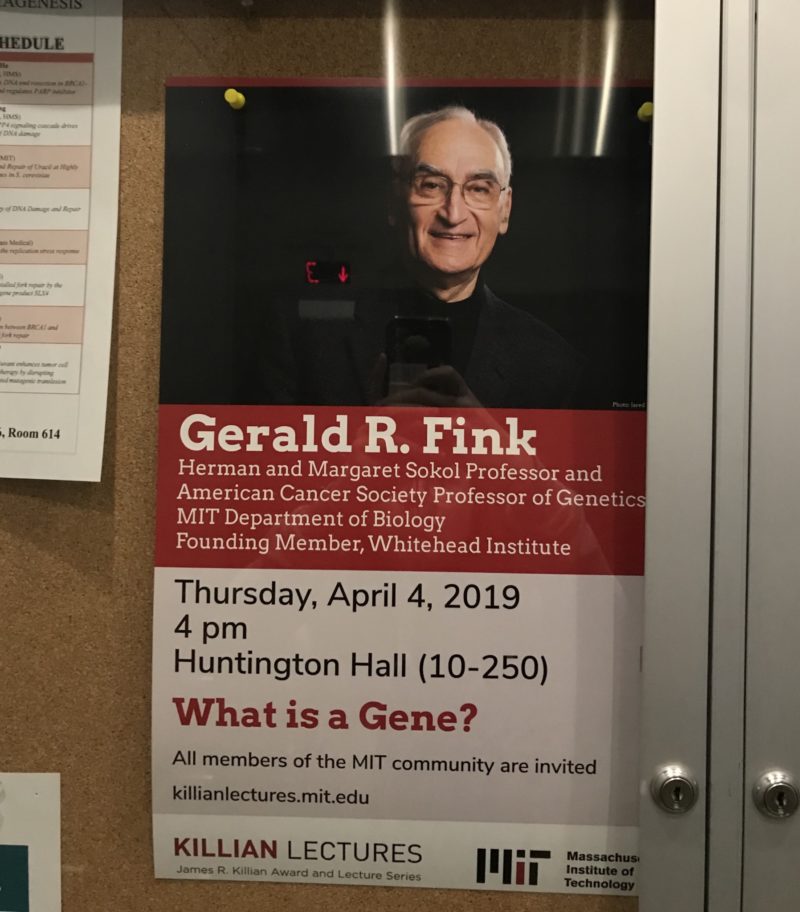 Brief sidebar here to mention that it is an incredibly nerdy thing to go to an optional lecture in my spare time for fun. I am a nerd. I don’t think I became a nerd UNTIL I came to MIT and was inundated with opportunities to hear from celebrities in science. Big names are drawn to our hallowed techy campus to speak to even the lowliest of undergrads. It happens so often that it doesn’t even feel like a big deal anymore, but I know this isn’t happening at every school.

I grabbed a program to read while waiting for the lecture to begin. That program informed me of the existence of the James R. Killian, Jr. Faculty Achievement Award, which recognizes extraordinary accomplishments by full-time MIT faculty. It is awarded by other faculty members, which means the selection committee really knows what they’re doing. I then read the next panel, which was a mini-biography of Gerald Fink, the recipient of this year’s Killian Award and the person scheduled to teach us “What is a gene?” in a few minutes. I had never heard of Fink, so I skimmed through the bio until one part caught my eye:

I was frustrated because of the inability to engineer the DNA in yeast so that I could create yeast strains by design. Then, in 1977, my lab discovered yeast transformation.

Anyone who has been trained in basic molecular biology techniques knows about yeast transformation. It’s such common knowledge that I never thought to wonder about how it came to be, and yet it’s such a foundational technique in the field of genetics. This guy invented that? How come I’ve never heard of him?

The premise of his talk was that it is important to have an accurate definition of what a gene is because of our newfound reliance on computers to find them for us. Computers are simple; they can only find the genes in a string of nucleotides if we give them rules for how to find these genes. So far, the definition “a segment of three-base-pair triplets initiated by a start codon and terminated by a stop codon” has been sufficient for computers to find all the regions of DNA that code for proteins. But these protein-coding regions compose only 2 percent of the genome. What is the other 98 percent doing? Fink joked that we could have named this uncharacterized part of the genome “dark matter”, but since that name was already taken…

Sydney Brenner of C. elegans fame called this junk DNA, as opposed to garbage DNA, because garbage you throw out and junk you keep.

Recent studies have shown that this massive chunk of the genome, so-called “junk” DNA, has some bearing on gene expression that has yet to be fully characterized. There are junk DNA sequences that can jump around within the non-coding regions. If these jumping genes land close to a protein-coding sequence, they can affect the expression of that gene. In this case, no protein is ultimately produced from the junk gene, but an RNA is. This has shifted focus in the field onto whole RNA sequencing as a way of getting a fuller picture of gene expression in a cell. RAN RNAs, lincRNAs, microRNAs, and antisense RNAs, many of which have no start codons or classical open reading frames, were all previously invisible to the computer because of how we defined genes to the computer.

A further source of confusion lies in the mystery of DNA splicing. After DNA is transcribed into pre-RNA, non-coding sequences known as introns are spliced out, forming a more concise RNA. These introns are a huge source of discontinuity in scanning the genome for genes, as they interrupt coding sequences and are sometimes bigger that the protein-coding gene itself; nevertheless, it is not well-established what becomes of these introns after they are spliced out. Some of Fink’s latest research has found that introns in yeast have some functional ability to regulate yeast growth. After publishing this finding, Fink received an email from a biochemistry professor at UC Berkeley:

Just wild! Now I have to pay more attention to all that splicing crap!

Fink ultimately concluded that the definition of “gene” needs an update, but that the closest we can get to having an all-encompassing definition of the basic unit of heredity is the vague “a DNA sequence that is transcribed into an RNA molecule with a function.” How could a computer know if an RNA has a function? I guess that’s up to course 6-7 to figure out. 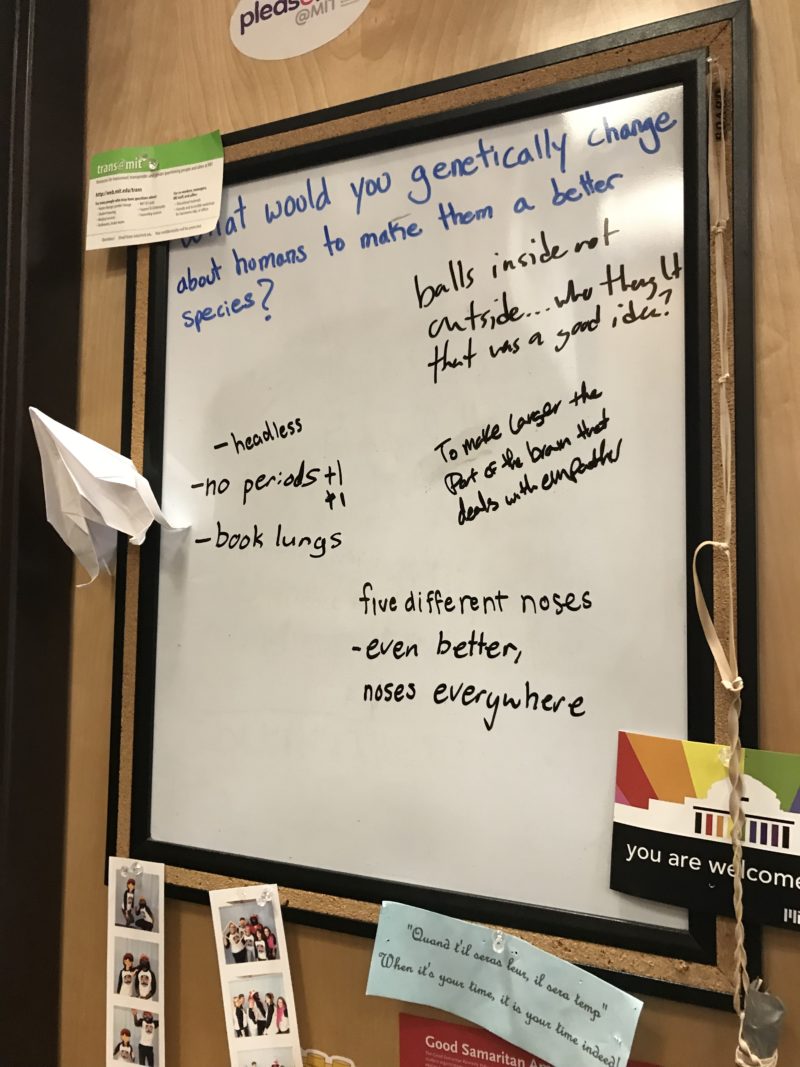 What is the takeaway from all of this? As a literature-brained person, I see a lot of analogy and allegory in this (We are the dark matter DNA, and the classical genes are the famous scientists; We are many and our sum is influential, but most people don’t know about Us because We haven’t made big discoveries yet), but analysis is boring sometimes, and the people want bullet points.