Guest Entry: A Yankee in Cambridge by Rachel F. '12

Math, exchange programs, and why we love MIT.

With enrollment deadlines imminent, you can always use an extra perspective to help you make sense of the decision that, though it won’t make or break your life, will shape your next four years. How different can two universities really be?

This time, that extra perspective is not mine, but that of Qiaochu, a critically acclaimed math blogger (yes, blogs can be serious), an MIT junior (majoring in math, of course), and a participant this year in the Cambridge-MIT Exchange program. Possibly due to his mathematical maturity, he often gives off the dignified vibes of a tweedy, octagenarian professor on paper, but in real life, he’s a fun-loving guy with an amazing falsetto.

If you’ve been craving some general, all-purpose advice on learning math on your own, or been wondering whether MIT’s academic style is flexible enough to suit your diverse academic needs (spoiler: it is, unless you aren’t looking for flexibility), then you’re in luck. If you just want to see me caption photos of people as though they were lolcats, you’re also in luck. Read on.

It is strange to walk into a building and find out that it’s twice as old as the United States. If I could massively overgeneralize for a moment, I would say that the biggest difference between the culture at Cambridge and the culture at MIT is that the former has a greater respect for tradition and history, whereas the latter is more concerned with innovation and the future. Certainly it isn’t a bad thing to have respect for tradition; it’s a different perspective, and that’s what I was looking for when I decided to do this program. 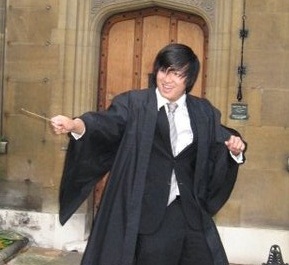 What about the academics? Did you find that you benefited from the different learning style?

For me, Cambridge had two major draws academically. The first is that homework isn’t graded; everything depends on the final (the Tripos) at the end of the year, so unlike at MIT, there isn’t a constant pressure to work on psets. I thought it would be nice to get away from that for a year. This isn’t to say that I didn’t do my work at Cambridge, but it meant I could focus on learning instead of performing, which has been great. On the other hand, the final becomes much more important, and I’ve been told that studying for it is an intense experience that will lead to a deeper understanding of the material.

The second is that instead of recitations, Cambridge has a system of ‘supervisions’ where students, together with one or two partners, meet with a supervisor to discuss the homework on a regular basis. I’m a big fan of the supervision system; as someone who has trouble going to others for help, it was nice to basically be forced to go to office hours. If I didn’t have trouble with the homework, I could discuss other topics with my supervisor, and I’ve gotten a lot out of doing this.

The Cambridge system isn’t for everybody, of course. Some people need MIT’s constant pressure to do psets or else they won’t do any work. The MIT system is also geared towards independence, which a lot of people (including myself) value: you need to ask for help, research opportunities, etc. yourself.

Why did you decide to come to MIT?

I applied to four schools: MIT, Harvard, Princeton, and Brown. I was accepted to the first three and deferred from Brown. Literally everybody that I talked to about the decision assumed that I would choose MIT, but I was uncomfortable just agreeing with them: I wanted to make sure I was choosing MIT for the right reasons, not just because it seemed like the obvious thing to do.

I couldn’t decide based on academics; I knew that MIT, Harvard, and Princeton would all give me a world-class education, so that wasn’t relevant. For me, the most important factor was culture. Where would I make the most interesting friends? Where would I learn the most outside the classroom? Where would I get a complete undergraduate experience I would look back on most fondly in 20 years? 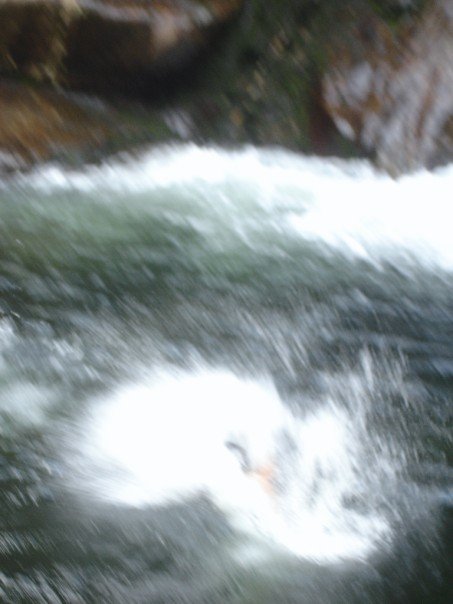 The answer was MIT by a landslide. It helped that I already had an idea of what being at MIT would be like. The previous summer, I participated in the Research Science Institute at MIT, which was in many ways a mini-MIT experience. The people I met there were (and still are) some of the most brilliant and interesting people I’d ever met, and we had an enormous amount of fun that summer. I knew that many of them were going to MIT, so I had a good idea what to expect from the people there, and going to CPW confirmed my suspicions completely.

MIT people are amazing. An annoying number of them have started tech companies. One of my friends is currently a project manager at Microsoft and has also been composing music and playing jazz piano for years. Another, who almost finished his physics major after freshman year, is taking time off from classes to do full-time research in string theory. People here are passionate about what they do and world-class at doing it, and that passion saturates MIT culture. I couldn’t ask for anything more from my college experience. 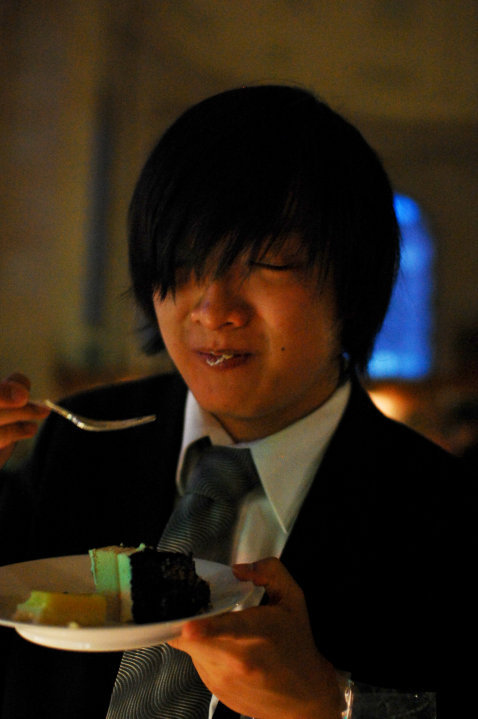 Can you tell us about your research interests and how you discovered them?

Mathematics is enormous. Really. It is really, really enormous, and even a full undergraduate mathematics experience at MIT won’t prepare you for how enormous mathematics really is. Anyone who really wants to get some kind of perspective on what’s out there should start by reading the Princeton Companion to Mathematics; otherwise, your options will be limited to what you’ve heard about.

My own mathematical interests change all the time as I hear about more interesting things, so I don’t want to name anything in particular. But as long as I’m giving advice to math kids: read math blogs. Start with Terence Tao’s blog and go through his blogroll to find interesting things. I can’t overemphasize how important this was to my own mathematical development. Reading math blogs written by professional mathematicians exposes you to insights you might not have heard of otherwise until graduate school, if ever. It’s one of many unique resources available in the modern era for learning mathematics.

How did you pursue these interests in high school?

After my high school calculus teacher turned me on to competition mathematics, I spent a lot of time posting on the Art of Problem Solving forum. I picked up a lot of interesting mathematics there and also got a lot of practice writing proofs. After attending the Program in Mathematics for Young Scientists (PROMYS) in 2006, where I really fell in love with mathematics, I started my math blog, Annoying Precision, which I later moved to WordPress. They say the best way to learn something is to teach it, and for me the easiest way to teach people something is to blog about it. It is really surprising what you learn when you try to do this: for example, sometimes there’s a step in a proof I have trouble motivating, and thinking about how to motivate that step in a blog post leads to insights I would never have had otherwise.

In 2007, as I mentioned above, I attended the Research Science Institute, where I wrote a mathematics research paper under the direction of my mentor, Ryan Reich. I can’t claim that this paper was in any way important or interesting (editor’s note: it was pretty interesting), but it was a great learning experience for me: it exposed me to a lot of interesting material along the way, some of which I’m only beginning to learn about properly now.

What do you love about math, and how did you initially get interested in it?

von Neumann once said that “if people do not believe that mathematics is simple, it is only because they do not realize how complicated life is.” The real world is enormously messy. Economics is hard. Politics is hard. Psychology is hard. Any given thing that someone says on any of these subjects could be universally accepted now and laughed at 50 years later. There are so many cognitive biases affecting our ability to effectively tell what’s going on in any of these fields that I try (and occasionally fail) not to have opinions about them at all.

But mathematics is different. A mathematical proof is one of the easiest way to trump your cognitive biases: either it proves that you’re right or it proves that you’re wrong. Mathematics is, if nothing else, excellent training in thinking rationally about other subjects: miraculously, it also happens to be enormously useful in understanding (certain aspects of) the world. What’s not to love?

As for how I got interested in mathematics, I’ll be blunt: I was good at it, so I liked it and wanted to do more of it, and the more I did it the more interesting it became.

What other things do you do for fun?

Besides math? I play guitar and piano, and I also sing. Sometimes I cover pop songs, and sometimes I do showtunes. I love karaoke, and periodically my friends and I will watch and sing along to a musical movie (Rent, most Disney, etc.). My fraternity house has a fantastic pool table, so I get a lot of opportunities to play when I’m around, and I’ve been getting pretty good.

Looking back, what advice would you give to the young’uns?

Make a point of exposing yourself to as many opportunities as you can. It’s impossible to predict which one of them will end up changing your life, so stay proactive, stay open-minded, and don’t be afraid to change your plans to fit the circumstances.

For example, until recently I was planning on working as a counselor at PROMYS this summer. But thanks to all the time I spend on the Q&A site math.stackexchange.com, StackExchange offered me an applied math internship in New York which I’ve decided to take instead. Applied math and New York are both out of my comfort zone, but I decided that the opportunity to explore a new (to me) part of mathematics, as well as an opportunity to meet a different kind of smart, interesting person from the kind I usually meet, was well worth it.

Most of the benefit you’ll derive from your college experience is not what you’ll learn in your classes (much of which you can find on OCW for free), but the connections and opportunities that a full college experience will make available to you. Maybe you’ll find a professor to do some research with. Maybe you’ll win an entrepreneurship competition and get funding for your startup. Maybe an alumnus of your fraternity or sorority will offer you a job when you graduate. Or maybe something much weirder and more interesting will happen to you.

Whatever your goals in life, fulfilling those goals is as much a matter of opportunity as of talent, so make sure opportunity’s on your side so you can focus on cultivating your talents.

Qiaochu’s math blog, Annoying Precision, is too intensely mathy for me to make sense of, but check it out if you feel up to stretching your brain.

8 responses to “Guest Entry: A Yankee in Cambridge”