Since I’m returning to blogging after quite the unplanned hiatus (read: I got buried in p-sets for about a month), let me take a few moments to address the elephant on the table – or, as it were, the elephants that were at MIT, and the slightly more pressing issue of getting around in Cambridge. Since hitching a ride on a pachyderm isn’t always a feasible option, you’ll need some better ideas.

Looking at either Quinton’s post or Cam’s post, you’ve probably gotten the idea that driving is a bad idea – just take that as a given from a native. It is. Bikes, however, are terrific. And walking suffices.

I say suffices because if you’re like me and live at Next House, you’re really shooting yourself in the foot by considering that option. Allow me to demonstrate by using this map (you can make it larger by clicking on it): 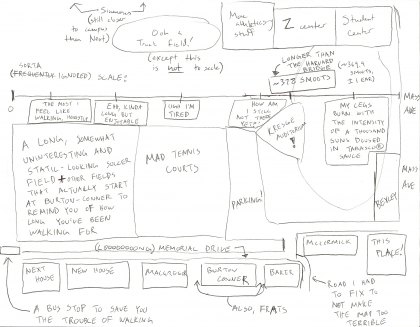 Not pictured: moving walkways (because they don’t exist), any sympathy from people who live in closer houses.Yep, that’s me. All the way over there. Roughly 378 smoots – more than one Harvard Bridge – away from Baker House, and probably dozens more away from the actual main building. I cope by using the Tech Shuttle, the Saferide Cambridge West shuttle (after 6 pm), and as of late, my tricked out scooter…that still gets the job done, even after about 10 years of inactivity. 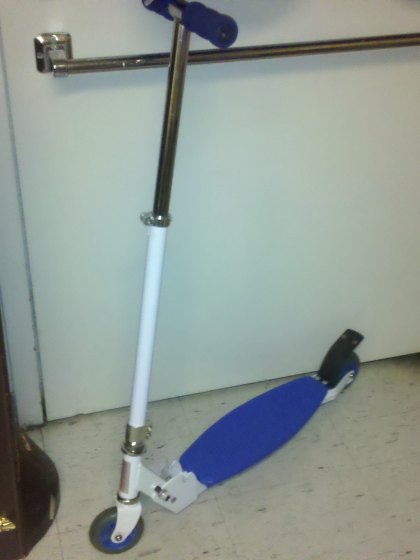 (Two out of two residents at Next House agree: it’s the coolest way to get around.)But I’m getting ahead of myself. On to transportation! And things to see! If you’ve got MIT on your list of colleges, you’ve got to know that public transportation (and any form of locomotion that doesn’t use just your feet) is your friend here.

There’s so much ground for you to cover and so much stuff to do while you’re here that you’ll need convenient ways to get to those places. What’s more, not all of them are at MIT. Even if you don’t have a general feeling of IHTFP at a given moment, there’s plenty of reasons for you to venture away from campus and discover an even greater paradise that lies all around you. (Ha, gotta love ambiguous acronyms.)

Here’s a few places you might enjoy in the Cambridge/Boston area, listed in no particular order and referred to by their stop on the T:

There’s plenty of other places to go, too – I’ve barely scratched the surface – so if you can spare a moment, live like a native! You won’t regret taking some time to explore the world around MIT, so try not to get too wrapped up in it!