The first of articles about awesome MIT '09s.

Every summer, community newspapers across the country publish articles highlighting students as they head off to college. I’ll often get emailed them, though this summer I’ve only received one so far. If you’re an MIT ’09 and you’ve had an article written about you (or, parents, your son or daughter), send it along and I’ll highlight it in a future entry!

A little background: back in the summer of 2003, the MIT News Office did a series of these articles called “Hometown Heroes,” based on local, hometown news articles about students goign off to MIT. Most of these students were those “normal students” people always ask me about (i.e. “Do any normal students get admitted to MIT, or do I have to cure cancer and save a child from a burning orphanage?”). Anyway, the old series about the now rising juniors is worth a read.

Back to the present day: this story was emailed along to me by Ellen Stordy, who is the Assistant to Dean Marilee Jones, with the comment “Great story for the blog.” If you know Ellen, you know the best thing to do is to do what she says — so check out this article from the Minnesota Spokesman-Recorder, a newspaper focused on the African-American community in Minnesota. 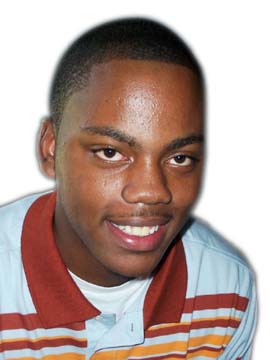 Jeremy McGee began to show signs of genius at age three or four. After returning from visits to the grocery store with his mother, he would calculate the amount of cash she gave to the store clerk and the cash she received in return. Thus began his fascination with mathematics. […]

Now, at age 17, he is preparing to attend the prestigious Massachusetts Institute of Technology (MIT) in Cambridge, Massachusetts, to major in engineering and fulfill his dream of becoming a rocket scientist. “That is my dream — to become a rocket scientist. I can remember playing with this airplane that I had when I was four. I mean, I used to go out to the airport and watch planes take off and land. It’s what I love to do, and it’s what I want to do for the rest of my life.” […]

“I think it’s recognizing the responsibility,” he says, “especially like in my family in Georgia. My mom is a single parent. I have my little brother to take care of. I babysit 16 to 20 hours a week, like after school and things like that. I have to take my brother to some of the extra curricular activities that I do.

“I think it’s realizing what’s important and what has to be done in order to succeed. I mean, you have to put the work in. It’s hard, yes… You have to just get up and do it; that’s the biggest thing. Planning is good, but action is definitely what I concern myself with.” […]

Jeremy McGee credits his parents for instilling the importance of education in his life. He recalls long talks with his father on education being equivalent to success. “Before my father passed away he would always lecture me, and we would always talk about how important it was to do well in school.” […]

McGee recalls time spent with family in Minnesota, who helped convince him that being an African American with talent was normal. Although he attended predominantly White public schools growing up in Arizona, he made huge connections with his African ancestry in his summer visits to Minnesota.

“I have been coming to Minnesota ever since I was nine, 10 years old,” he says. “I have to credit [stepmother Rose McGee] for this, and my dad, for introducing me to African culture and recognizing where we as a people are from — it’s very humbling. Everybody in the community, they have all helped in shaping who I am now. I recognize that being Black is not about fulfilling stereotypes, but about succeeding and achieving while recognizing where you are from.”

Currently, McGee is giving back to the community by volunteering at the Arts-Us Enviro-Arts Summer Camp. The camp works with students ages 5-14. McGee gets his greatest joy from parents’ feedback on how their kids love working with him. Often the older kids ask his advice on high school courses and colleges. McGee said he’s happy to offer them any assistance he can.

“I feel like it’s my duty to make an impact on the world, and if I don’t, I will be disappointed in myself the most. Far from other peoples’ expectations, I feel that as a gifted Black individual it’s important to give back to the community and to the world. So that’s basically my mission in life.”