I Climbed a Mountain Today by Chris S. '11

there's always gonna be another mountain!

Phew, it’s been long without blogging! During this long hiatus, I’ve been back in Taiwan (for 3 weeks!) catching up on sleep, eating many yummy things, and completed a 3000 piece puzzle. (sadly, there’s no time for puzzlemaking in MIT usually). 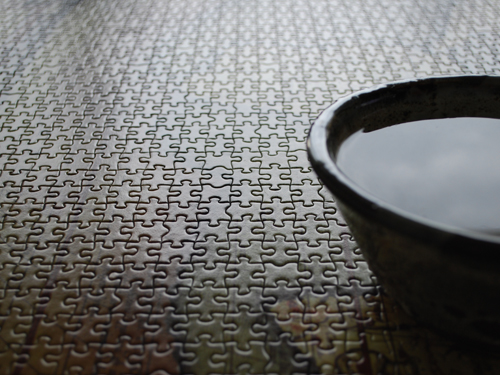 Then, I returned to the States, and I’ve been happily living at Berkeley, CA, for the last 2 weeks. I’m working in Oakland, at an Asian health center there, serving as one of their summer interns. I’m really learning a lot (including more and more Cantonese words, haha – I have resolved to start learning Cantonese as soon as possible, since this is probably the most useful Asian language to know in the States, due to the amount of Cantonese immigrants).

Each day begins with the 8.40 Bart (it’s like the commuter rail in Boston) ride from Berkeley to Oakland, getting to work at 8.59. During lunch, I’m off to explore the countless restaurants, cafes, hole-in-the-walls that dot Oakland Chinatown. After work, it’s MCAT class for 3 times a week, or napping at UC Berkeley’s sunny Memorial Glade (it’s a grassy elliptical quad in front of one of their libraries and for some reason is located strategically to get maximal sunshine exposure in the afternoon =p).

In short, life is good.

Yesterday was a super bright, sunny, and clear day, so I decided to head into the city and go up to Twin Peaks (otherwise known as “San Francisco’s boobies” -> according to a local, lol). Basically, they’re these dual hills on the southwestern corner of the city, and supposably there’s an impressive view of SF and the Bay during the day, and an amazing night view after sunset.

On the way there, I also visited MIssion Dolores, which is probably the most underappreciated tourist site in the city. Mission Dolores is the original Spanish mission of San Francisco, and one of 21 California missions. The original church (made out of adobe! it’s super cool inside since adobe is like natural air-conditioning) is fairly small, though it has a really cool geometric patterned ceiling that was derived from Native American designs. The adjoining basilica is huge, domey, and filled with beautiful mosaics and stain glass windows (there’s 21 panes alongside the length of the church, depicting the 21 Spanish missions and the day that they were founded). There’s also a cemetery adjoining the complex, and it really reminded me of the Boston Granary Burial Grounds…haha. 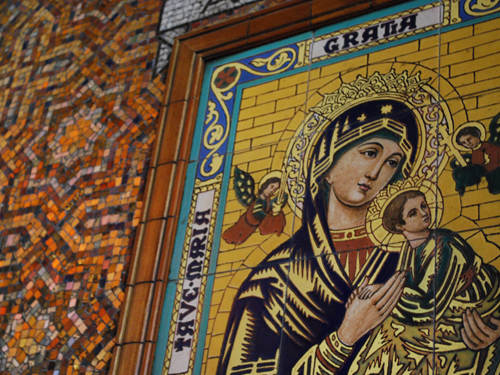 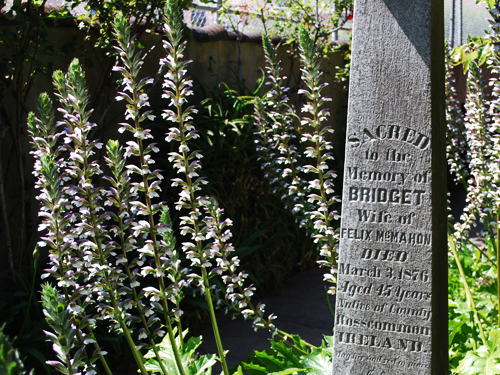 Anyone know what these flowers are called? I’m really curious!! They’re in full bloom here in Cali (you can see them in many gardens). 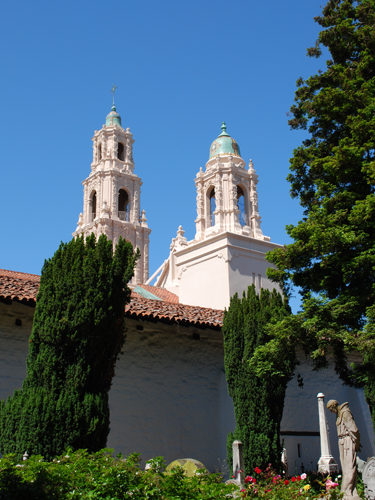 After about an hour on foot after leaving Mission Dolores, I made it to the main viewing area on the mountain, where there’s a big parking lot for your car if you drove up the mountain. 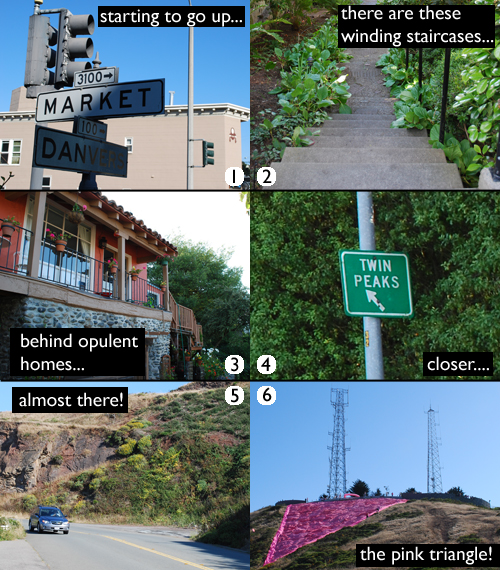 The Pink Triangle is preparation for the Pride Parade in the city today – it’s basically this huge pink cloth that’s set up against the mountain. 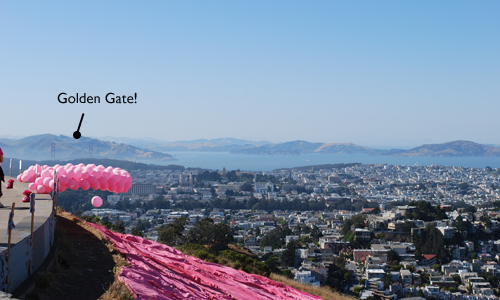 You can see Golden Gate from the top. 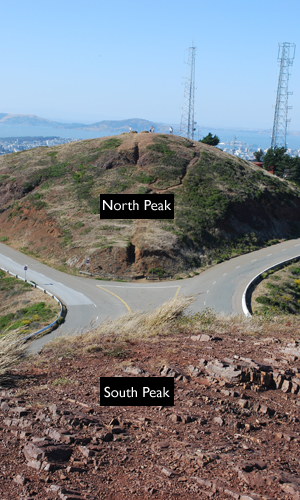 Click here to see the panoramic I took on top of the mountain. Sorry that the right picture is obviously darker than the left, lol -_-

After getting down from the mountain, I took the muni back to the center of the city and had great korean bbq before heading back to berkeley. Awesomeness <3

On the other hand, I got, frustratingly, a B+ for 7.02, ironically the class that I was most confident of going into the semester. (MIT grades on absolute letter grades, which means +’s and -‘s have no meaning. thus, +’s are the grades that are most frustrating to get at MIT, since it basically signifies that if you just tried a LITTLE bit harder, you’ll have had a -, and a whole 1.0 increase in GPA for that class. it goes without saying that A- is the best grade to get, since it’s the same as getting an A+ in terms of GPA, muahahaha =p)

That’s MIT for ya. It’s a real mixed bag of nuts.

16 responses to “I Climbed a Mountain Today”