MIT might not be free, but plenty of things are.

For several weeks now, I’ve been actively intending to write about FASAP, an advising seminar for MIT freshmen that has not one, not one-and-a-half, but no less than two purposes for existence, both of which are exciting and immensely bloggable. Now that we’ve sipped through autumn down to the dregs of October, I’ve finally decided that today is the momentous day on which I will again not tell you about FASAP.

Except, that is, to say that my participation in this program about which I’ve told you a lot of nothing whisked me into the Boston theater district yesterday at a time when I would otherwise have been studying or not doing laundry (which I didn’t do anyway, so it happened). “Whatever for?” you inquire. “Read the next sentence,” I respond. Thanks to FASAP (which gives its thanks to MIT funding, which gives its thanks to my tuition), I and my fellow FASAPers took a free subway trip into Boston and enjoyed free tickets to a performance of Carl Maria von Weber’s opera Der Freisch√ºtz followed by free dim sum. Freedom is a wonderful thing.

Unfortunately, although I was an operatic connoisseur before coming to MIT, I milked little from the phenomenal performance (profound literary self-criticism of the day: keep milk refrigerated and away from figurative writing, except to weird out readers). This was partially because the plot of Der Freischutz is about as easy to follow as the derivation of the Schrodinger equation, not to mention slightly more German. I was awash in sleepiness through the entire three hours of twists and turns and flats and sharps, but I was too busy perishing of thirst to fall asleep, sadly. Actually, to be honest, I fell asleep anyway.

The last scene, however, was magnificently staged. A giant blue trash can was brought on stage and filled with portraits of what appeared to be Woodrow Wilson. If that doesn’t pique your interest in opera, I give up.

As I emerged from the Kendall subway station in a haze of German nationalism, Li ’12 mentioned something about roommates that struck a discordant chord (probably a diminished 7th, if you’re interested) in the internal piano of my soul. I should confess now that at the time, I was under the impression that my roommate had just moved out on me. Observe the following exchange at 2:45 PM on Saturday afternoon:

Roommate: Hey, I’m moving out. See you later.
Me: Ok, bring a jacket.

Me: I wonder where my roommate and all her clothes are.

So at 9 PM on Sunday night, I still hadn’t seen my roommate since Saturday afternoon and was growing mildly concerned. I mean, how could I blog about life with a roommate unless I had one? (A roommate, that is. Not a life.)

Anyway, she came back later that night and I blogged about it in an anticlimactic manner a few days later. End of story.

Between the opera performance and the de-mating and re-mating of my room, I erroneously believed that I swallowed my fill of late weekend drama. Of course, at 9:20 PM or so, the MIT freshman class burst into flames of the warring variety, and I was treated to a most excellent meal of cheese and whine*.

*Facetious as I sound, I do want to make the point that the entire ordeal in real-time was treated more as entertainment than as serious debate. Although excellent and much-needed arguments were raised in the early stages of the battle, not to mention a few insults of surprising eloquency, the flame war quickly descended into a messy brawl of rickrolling, angry cat pictures, and self-mocking satire as more and more people ignored their problem sets and chimed in. At Random Hall, the third floor lounge was packed with upperclassmen spectators, freshmen like myself watching the entire debacle on our laptops, and a few active combatants who had a swell time scouring the web for annoyances to share with the rest of MIT ’12. Make what you will of it, but I felt like it was a true bonding experience.

My attention having been thoroughly derailed by the raging flame war, I ended up forgetting to pick up a cover for my phone from a box of free phone covers on the fourth floor.

The story of the Random Hall Phone Experiment begins, like most objects worthy of fascination, with the MIT Media Lab. A few months ago, Random Hall was offered the opportunity to (FREE PHONES) contribute to scientific progress (FREE PHONES) by participating in a study in social community dynamics (FREE PHONES) conducted by Professor Alex Pentland and the Human Dynamics group at the Media Lab. Essentially, the willing participants received free phones (FREE PHONES) pre-programmed with software to collect information about their activities and social interactions* over the course of the academic year. In addition, they’re required to periodically fill out surveys about their political leanings, musical tastes, and other personal preferences that could be influenced by other people. The end purpose is to provide data for researchers about how social influence and human behavior within a community (namely, Random Hall) works. Afterwards, the participants get to keep the phones.

(*Just to dispel any Big Brother-esque overtones that may have unintentionally appeared in this sentence: the researchers do not actually see the phone numbers or the names of the people whom the participants speak to. Each number is first converted to a hash)

Not surprisingly, most of Random Hall jumped aboard the free phone boat, and the project officially became a Big Deal when giant cardboard boxes filled with phones appeared at our door with a complimentary reporter from the New York Times added at no extra cost. To get an accurate mental image of the phone premier, I suggest imagining a roomful of kindergarteners presented with warm, cuddly puppies that happen to be equipped with GPS, qwerty keyboards, a Windows operating system, and wireless WiFi access. 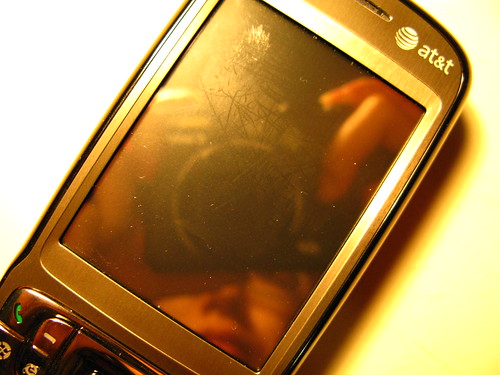 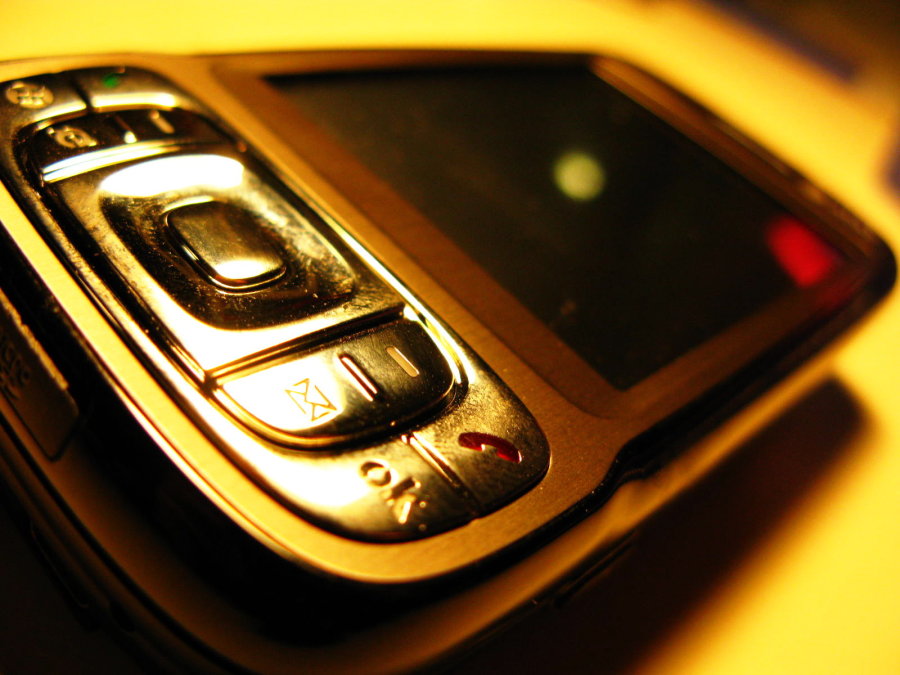 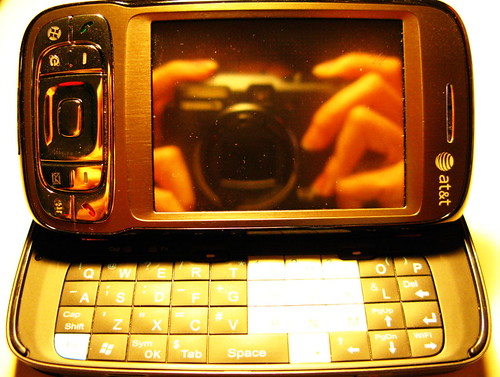 The phone study is exclusive to Random Hall, which has incited a nonzero amount of envy amongst the residents of other, less awesome dorms. On the other hand (or ear), a whopping number of students here already have phones with MP3, WiFi, and hadron-colliding capabilities, so it’s not a Big Deal.

This is officially the phoniest entry I will ever write, I promise.

In other news, the heaters in Random finally proved themselves to be functional yesterday. Unfortunately, our heaters developed an obsession with overachievement and became so functional that I awoke this morning to a skin-blistering 90-degree heat wave that didn’t subside until my roommate discovered an innovative method of opening the window. Namely, she opened the window partially instead of all the way. Ingenious!

The heaters are turning off again tonight due to maintenance issues, so I’m going to compensate by posting some toasty pictures from an Indian dinner (also free) that I shared with my freshman advising group a few weeks ago, back when sunshine pooled into the creases of our t-shirts and lingered in summery shadows of August heat.

I give you a cup of increasing entropy and some mango too. 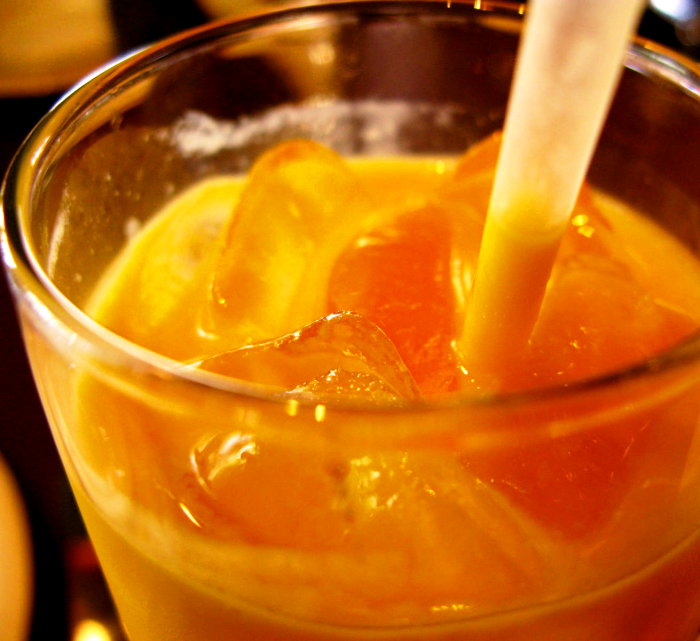 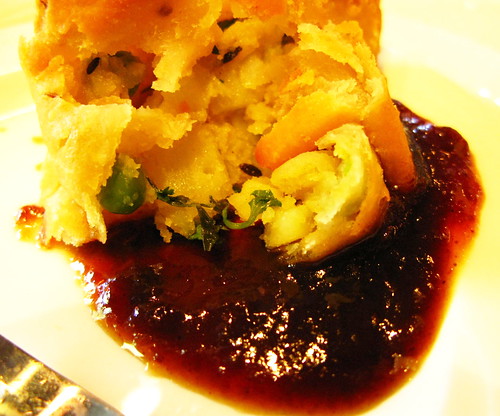 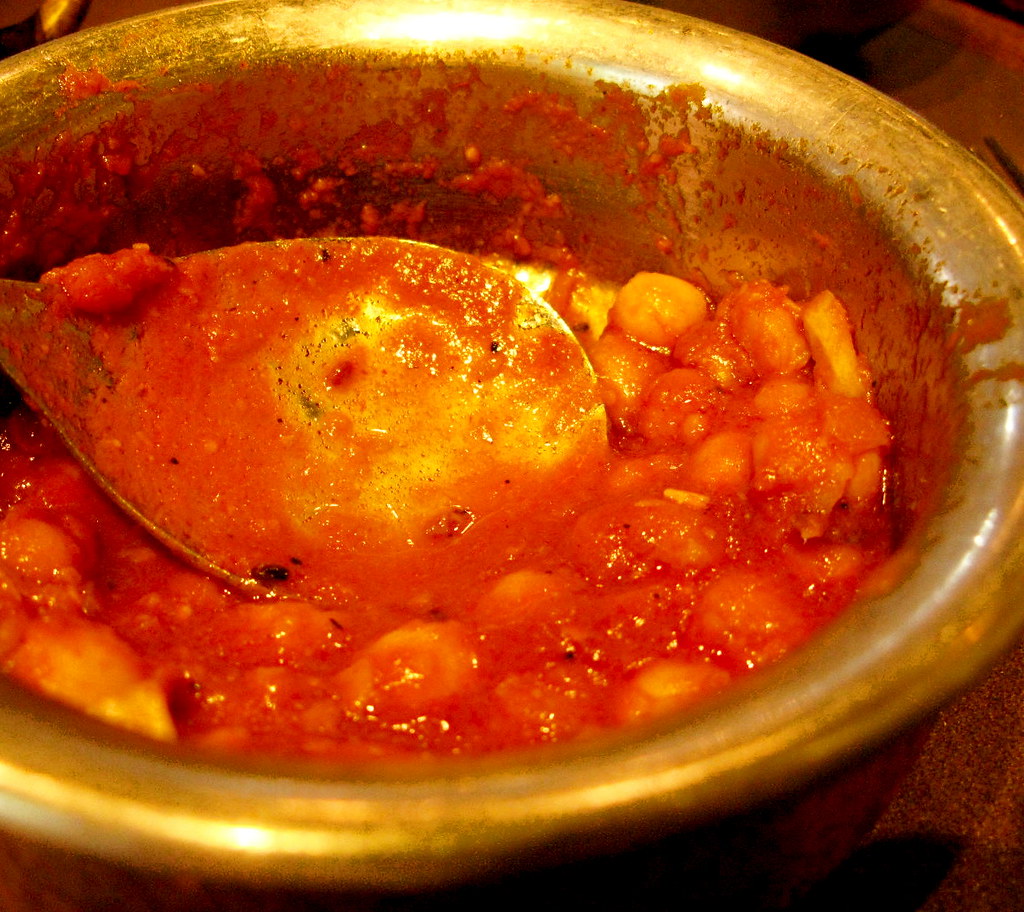 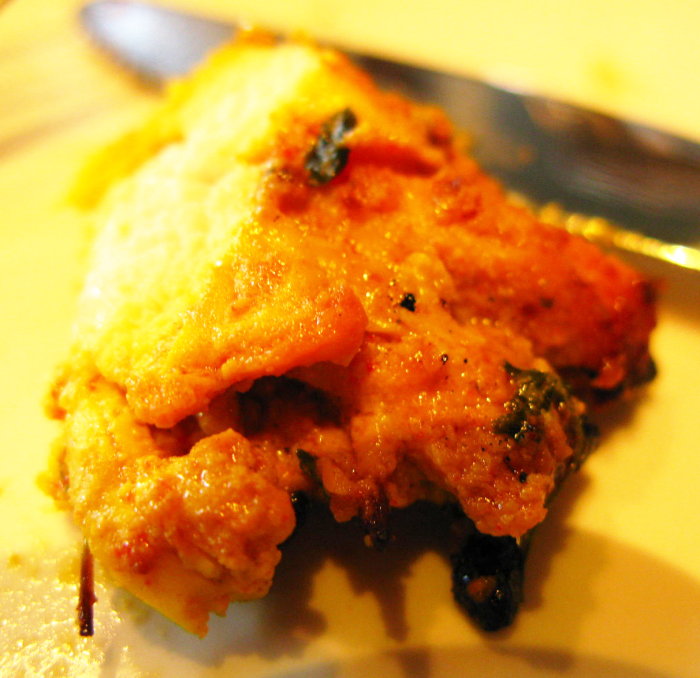 I ended up with enough leftovers for the rest of the week. It was a glorious week. 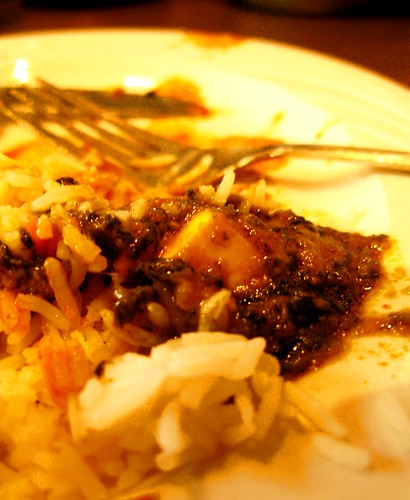 Kim and Maggie ’12 also enjoyed their meal, although less photographically than I. Did I mention that this meal was part of a “class” that counts for six units of academic credit? 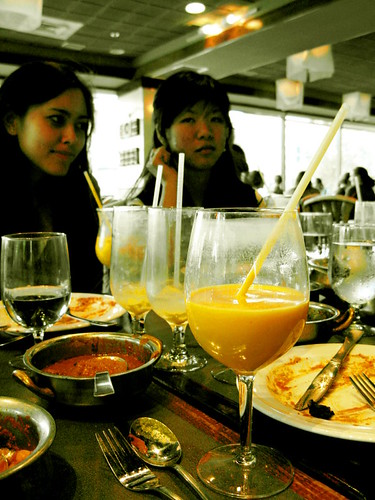 Just another way that MIT is worth the money.

37 responses to “In pursuit of freedom”