For the the first time ever, we spent a prolonged period of time apart! Not just spending-most-of-the-hours-of-the-day-apart⁠01 we’ve done that already in previous semesters, and are doing that this semester (more on this in the next blog about our classes!) but rather spending-all-of-IAP-on-opposite-coasts-apart!

Sometime in November, we got an email sent to the Art Scholars mailing list about a really cool IAP internship opportunity offered in Stochastic Labs (located in California). The internship description was vague, but it said it will involve AI and art!

That was enough to sell us, so we both applied! We both got to the phone interview stage. A couple days after the phone interview, one of us (Allan) got accepted! We weren’t upset or fazed that only one of us got it, because 1) we knew that there are lots of cool things on campus during IAP that Danny would do, and 2) we were actually excited about this opportunity to try something new and step out of our comfort zones.

I arrived with my parents to Berkeley, California on January 4th. For the first couple days we went exploring! For my parents that entailed going to many malls and a bus tour. But for me that entailed sleeping while my parents drove to the malls, and sleeping on the bus tour, since I was jetlagged. It’s only a three hour difference, but for some reason it affected me quite a bit haha. The day before my internship I got settled into where I’d be living, ready for my first day of work the next day!

Stochastic Labs is actually a big and quirky Victorian machine! Here is a bubble wrap popping machine near the front door! 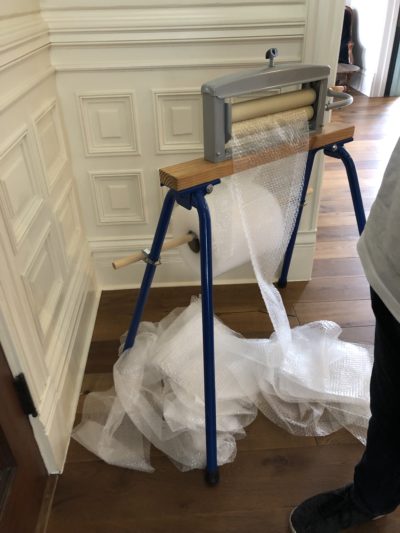 And here is my favorite part of the house! An attic-tower-indoor-balcony-thing that you climb up an actual ladder to get to!!! 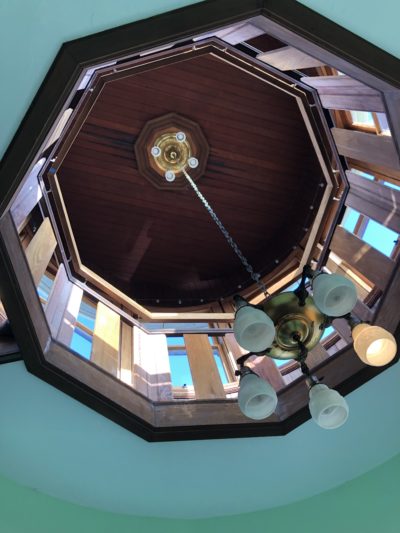 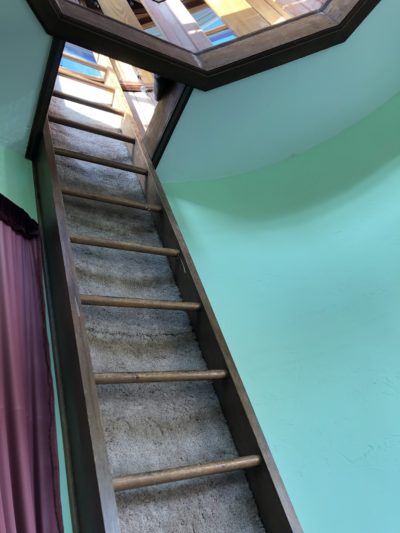 My desk, where I worked most days, was about 10 ft away from this ladder! I lived in a private apartment that is actually a PART of the house. So yes, Stochastic Labs is both where I worked and lived! This was very convenient, and the first time I lived in an apartment™  all by myself! And since I lived very close to a supermarket and restaurants, most of my IAP was actually spent within a 0.25 mile radius haha. 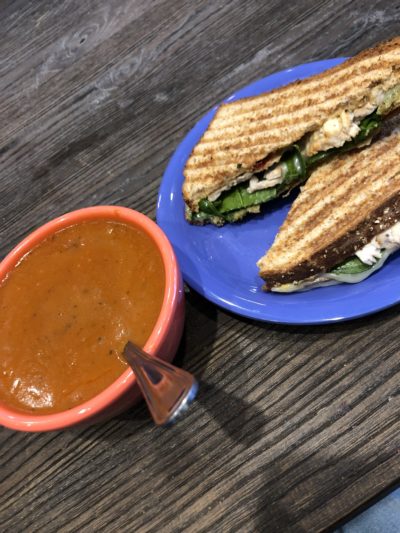 This is the meal I ate most: a turkey sandwich, a soup, and a chocolate Açaí smoothie (not pictured, but so Cali lol) from the very yummy Vitality Bowls Berkeley!

Instead of using words to describe my project, here is a video I made! But for those lazy to watch, the tldr; is: I used a text-generating neural network (think, the Harry Potter Chapter written by an AI) to write the code for scalable vector graphics (SVGs), made a tool to fix said code, and thus produced AI-generated graphic art!

Here are some more graphics I made that aren’t in the video!: 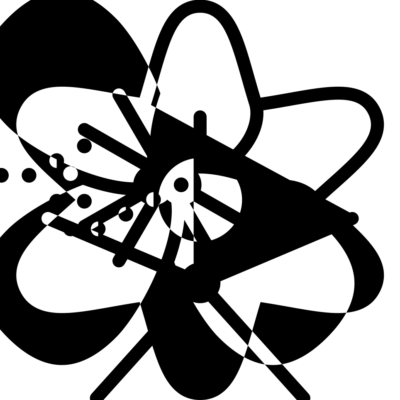 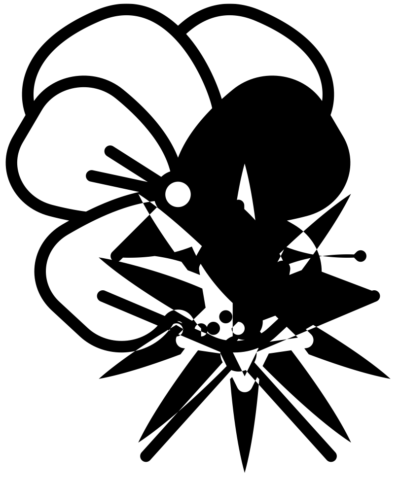 This project involved SO much independent learning, since this was my first exposure to machine learning or AI. To say it was

intimidating would be an understatement. In panic, towards the beginning, I opened both GitHub and Stack Overflow accounts, in case I would have any technical questions. I also emailed HKN tutoring ( a free and lifesaving computer science tutoring service on campus⁠02 we never got a chance to blog about how last semester wrapped up for us, but we both got B’s in 6.031 Software Construction! How you ask? HKN Tutoring! ) to ask for a remote machine-learning tutor.

With all these resources and with every passing day, I gained more and more confidence. I also learned about the POWER of the internet! Every question, even the most specific edge case you have a question about, has an answer on the internet. And on the off chance that it doesn’t, posting questions to stack overflow or github really helps (I did both!).

Something else that helped me gain confidence is that in the process of making my tool, I implemented recursive functions! By myself! Multiple times! That was a big deal for me, because after 6.00 (Intro to Programming)  AND 6.009 (Fundamentals of Programming), AND 6.031 (Software Construction), I was never able to implement recursion entirely correctly by myself, or at least not without some initial guidance from a TA. But somehow (I’m guessing because of so much repeated exposure to the topic through these classes), when I had to sit down and implement recursion all by myself, I did it! It was still difficult, and I ran into many errors along the way, but in the end, it worked! I left this project feeling much more confident in my coding abilities!

Now, I want to mention some really cool resources and tips if YOU want to take a stab at AI!

CALIFORNIA HAS SO MUCH NATURE! I went to a couple parks! Look how pretty! 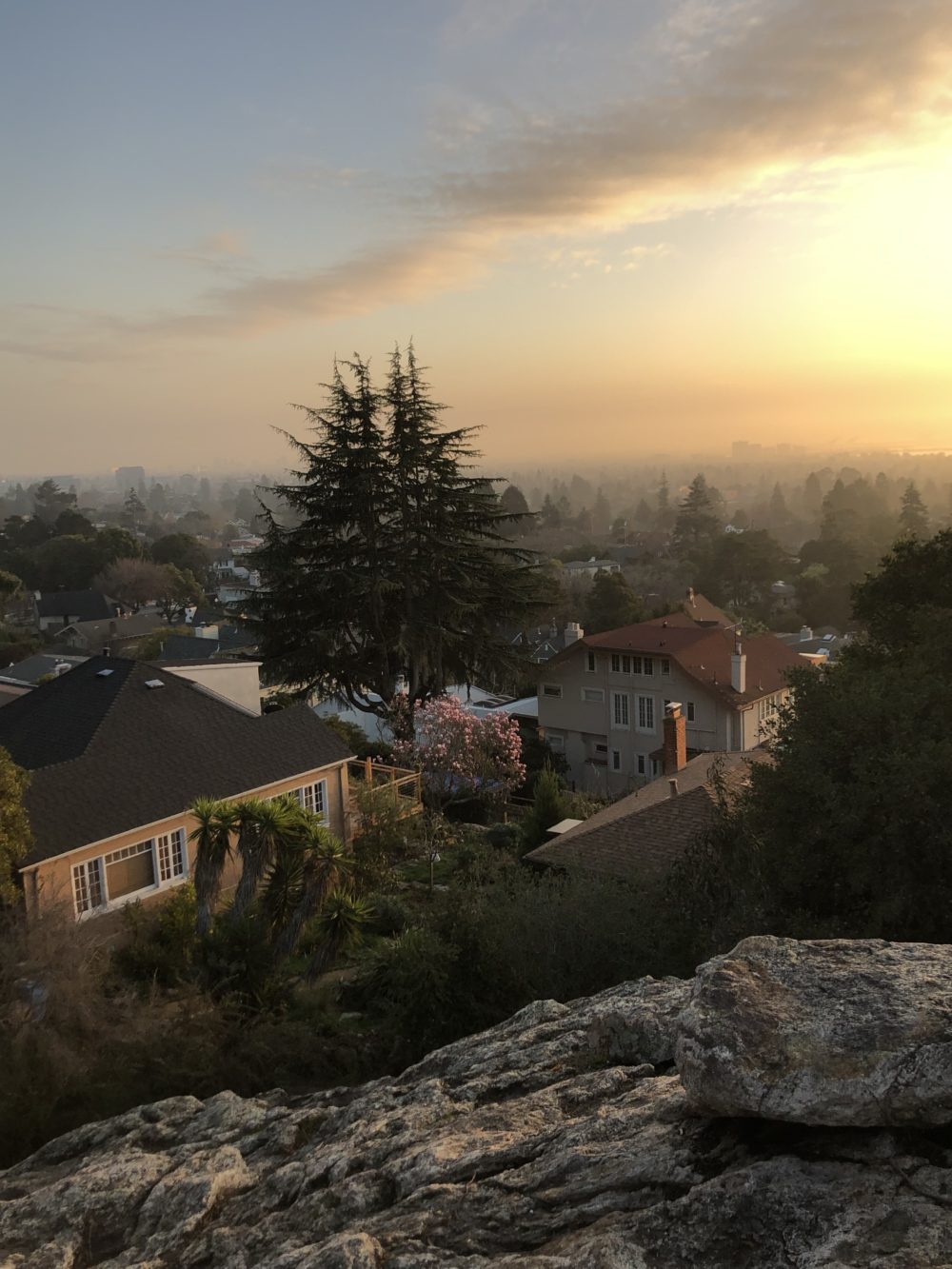 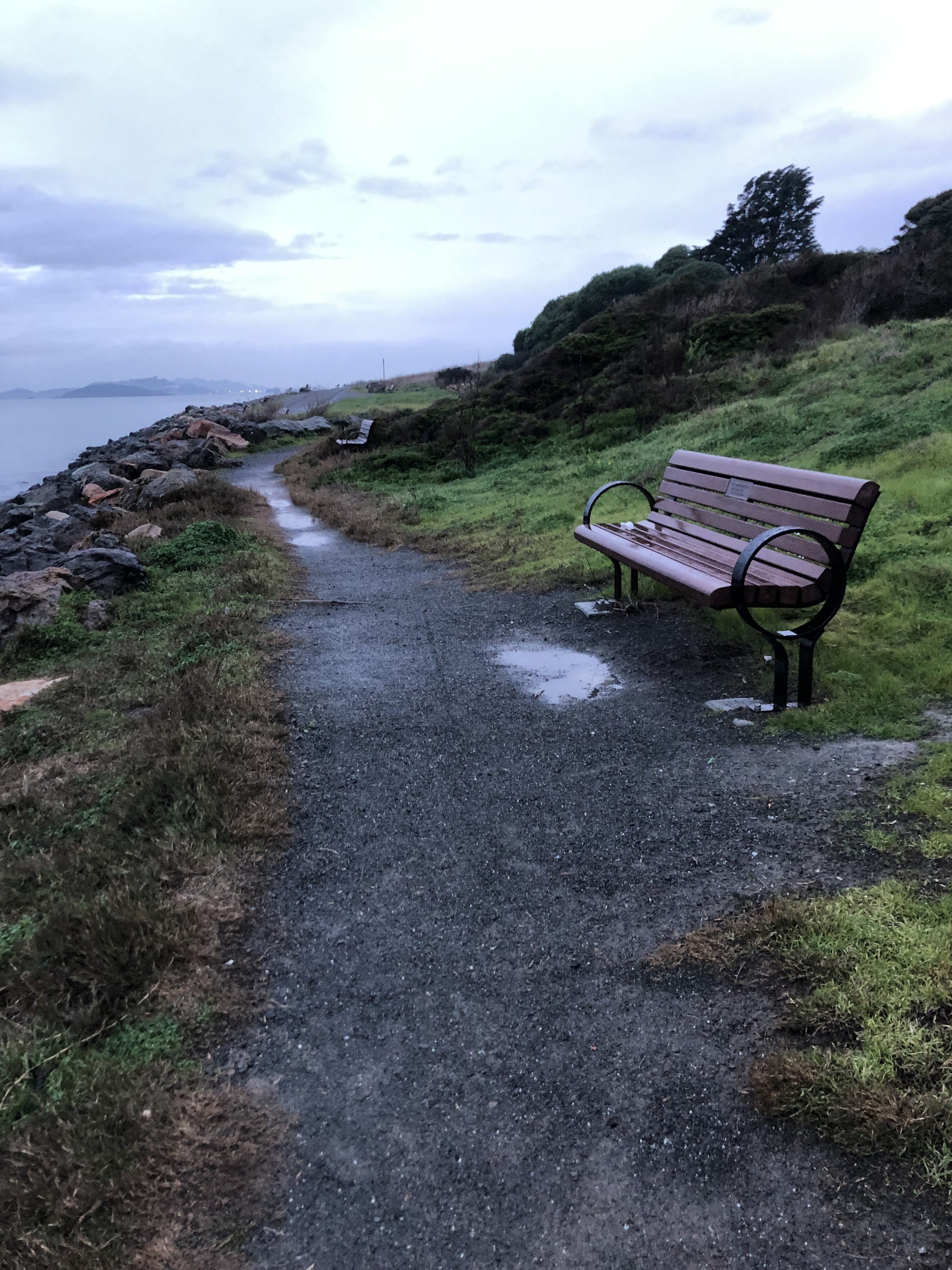 One of the weekends, my supervisor invited me and another intern to go to an art exhibition! These were my favorite pieces! 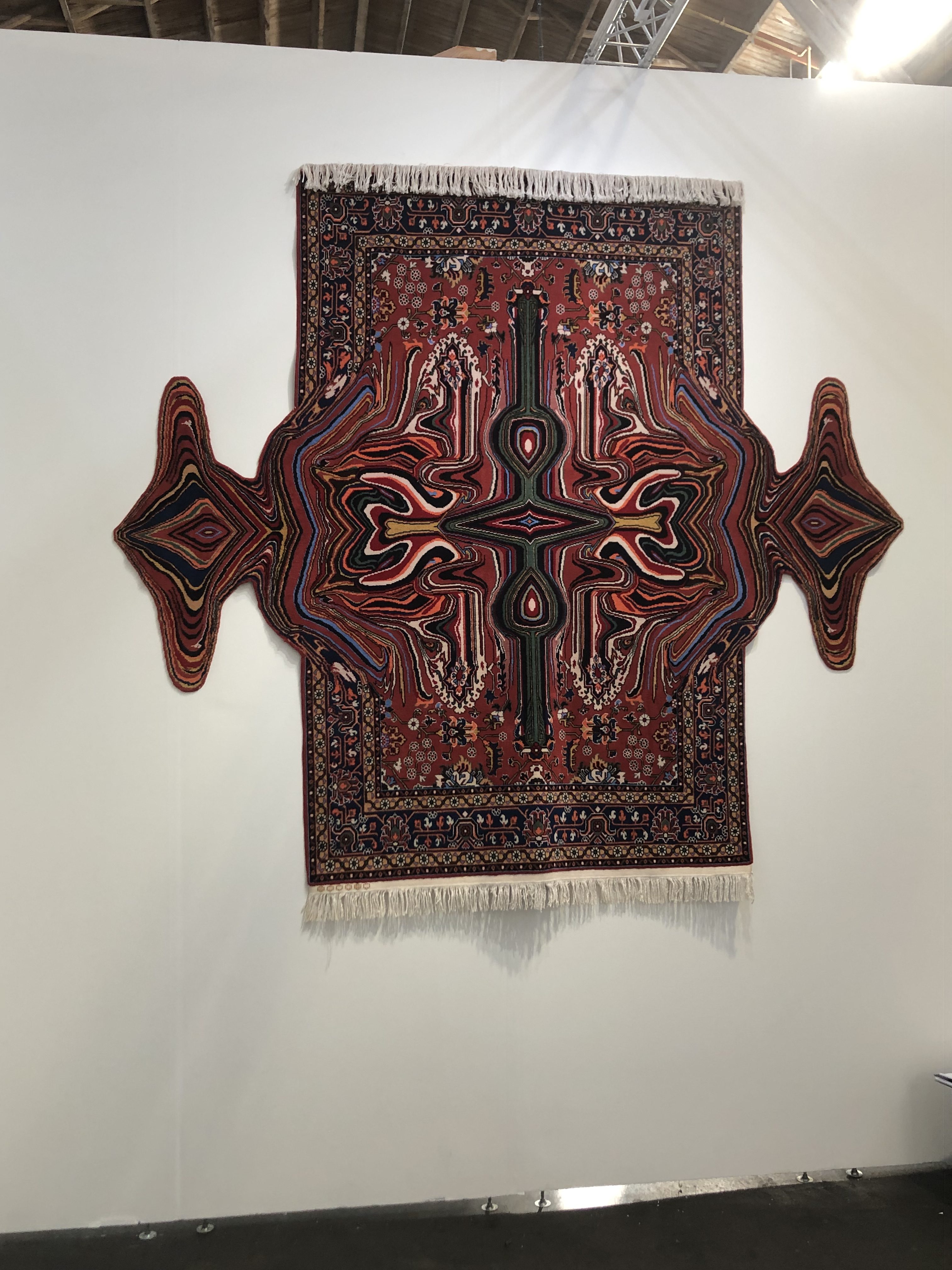 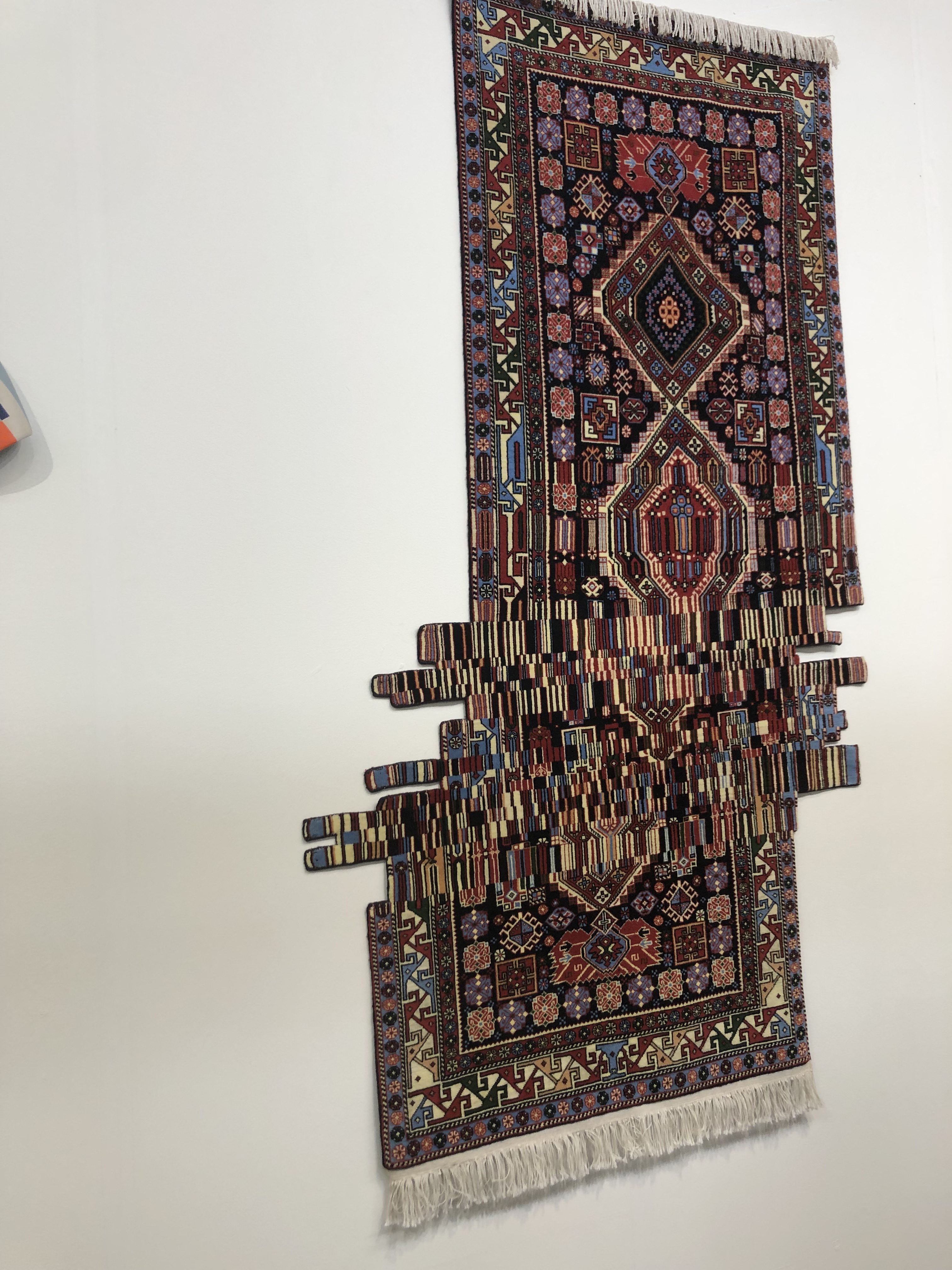 This is a close up of a piece made from a bunch of burnt holes!!! 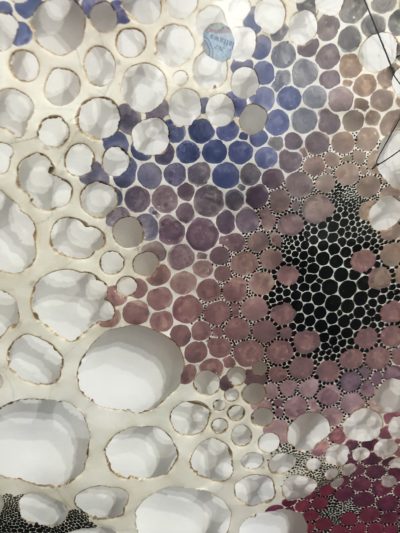 And this is my favorite painting I saw! I love all the colors!! 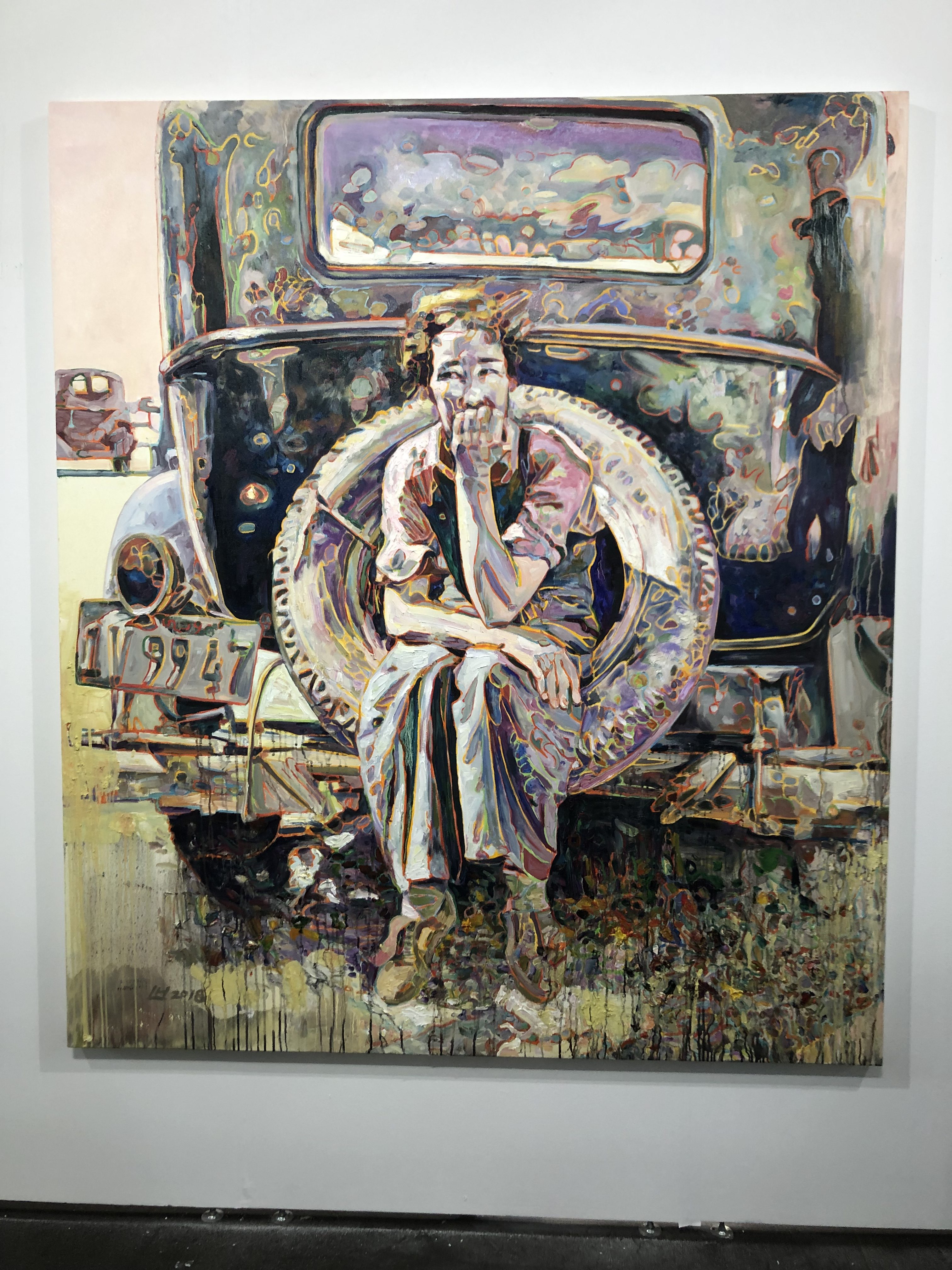 After the art exhibition, we went to a super cool vintage arcade! I played so many fun quarter games! Here is one of them! Look at how charming! 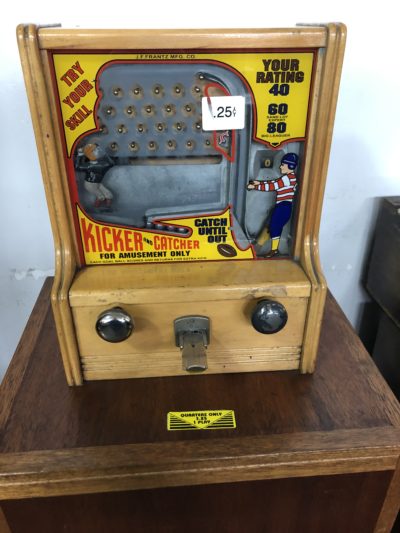 On one of my last days, I went to explore the campus of UC Berkeley, since it was a 5 minute walk away, and I somehow managed to go the entire month without seeing it. My impression: THEY HAVE A BEAUTIFUL FOREST ON THEIR CAMPUS (this blog is not sponsored by UC Berkeley lol) 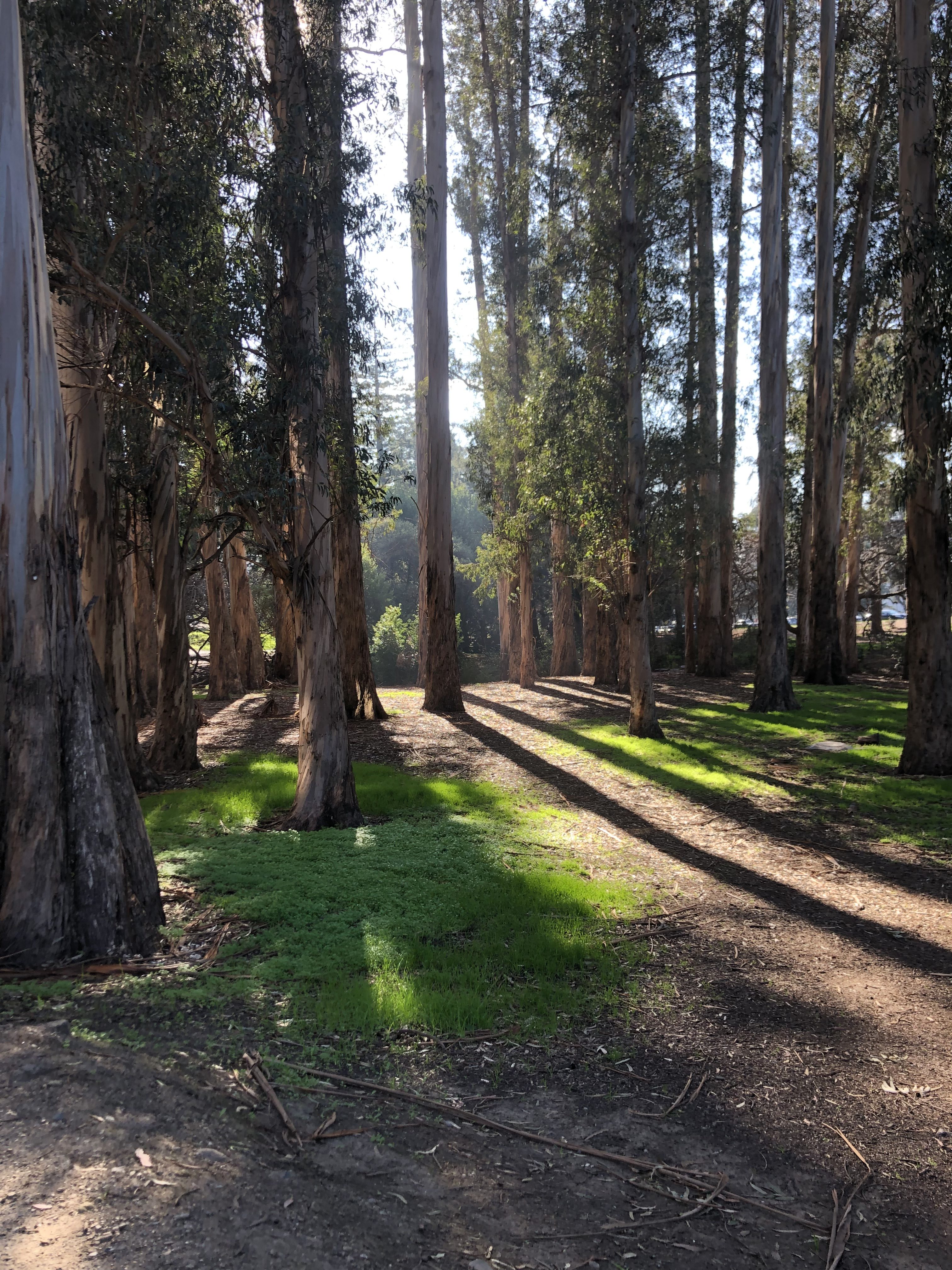 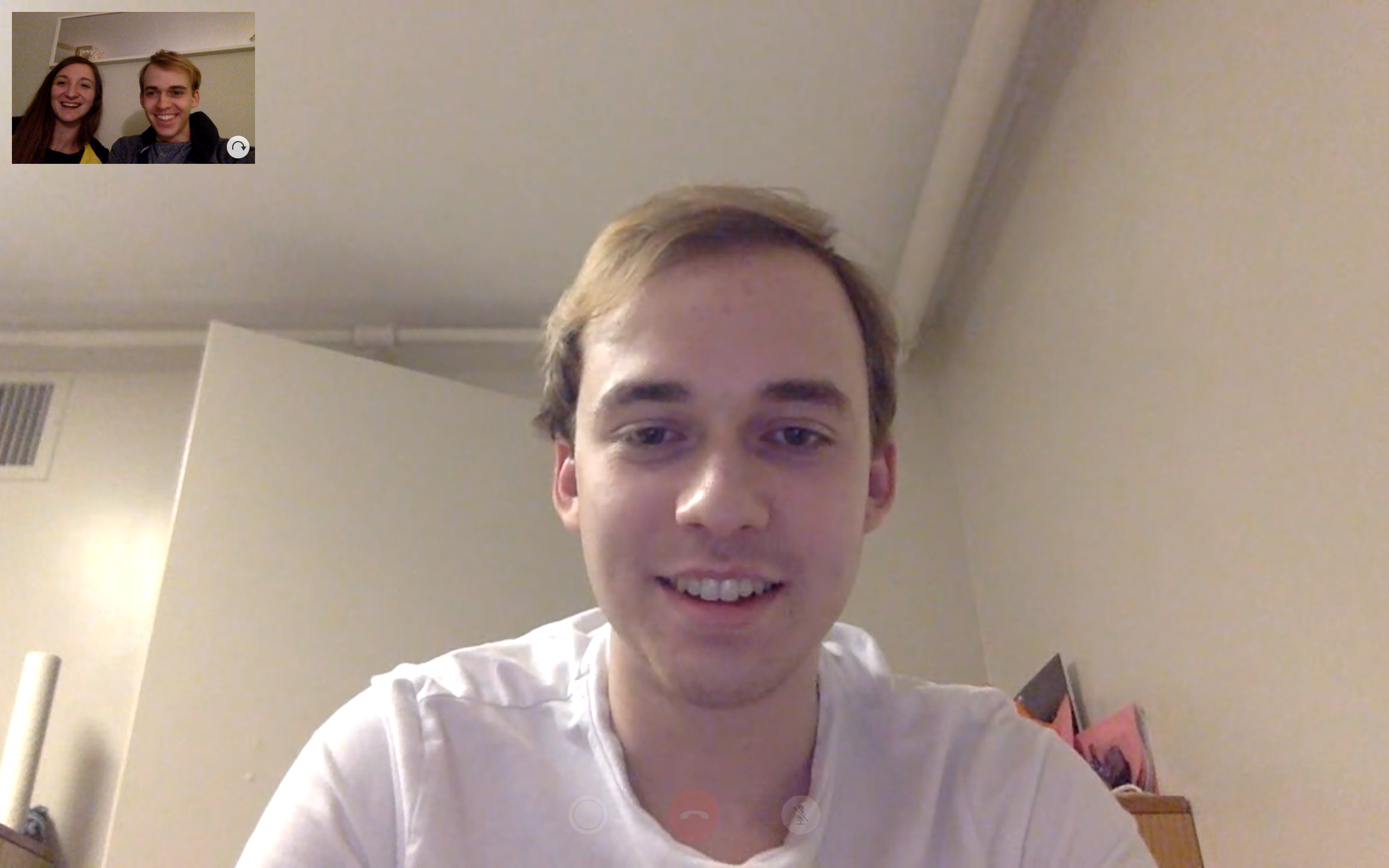 This is a 6 unit IAP class and competition that teaches you how to build a website that you can then submit to competition! More specifically the class teaches HTML, CSS, and Javascript (and this IAP they taught us React, too!). The class is a pretty hefty time commitment. For the first two weeks of IAP, it met from 11am to 3pm five days a week, and for the last two weeks, you and your zero to two other teammates are putting in as many hours as you need to build your website (which ranges from a lot to A LOOOTT).

I had two other people on my team – Ashley, a freshman here, and Vienna, a junior at Wellesley studying chemistry (and fun fact: Vienna and I were in 6.00 Intro to Programming together, sophomore fall). None of us were really interested in taking the competition part of this too seriously (spoiler alert: we ended up not finishing our website in time to submit it to the competition), and mainly just wanted to more casually learn something new and make something cool!

And although we did not end up finishing our website in time to submit it to the competition, we did end up making a functional site, which after struggling a lot, felt like a huge accomplishment!

With all that said, I’m glad I took this class because I definitely learned a lot and had fun in the process!

(Oh also, fellow blogger Joon was in the class this IAP too!)

I participated in my first Hackathon! It was a 5 day Virtual/Augmented Reality Hackathon in the MIT Media Lab towards the end of IAP! Although the actual event was only 5 days, there were other related activities I did throughout the month in preparation for it! Some of the people responsible for organizing the Hackathon (members of VR/ARMIT, a student group focusing on, as the name implies, VR and AR) held workshops on VR production using Unity, and I attended them during the first week of IAP. I learned the basics of scripting in Unity and also got to try out a really amazing VR experience called A Piece of the Universe!

Another thing I did, partly in preparation but also out of personal interest, was learning Maya! Throughout the month, I watched a bunch of youtube tutorials to learn how to model and also write generative modeling tools using Python! All this preparation was very enjoyable for me, because it was very low pressure and there were really no repercussions for failure. I ended up applying many of the skills I gained during the Hackathon, which was very satisfying!

I had four other people on my Hackathon team, one of whom was fellow blogger Elissa. I had another junior on my team (who actually lives on my floor), another sophmore who came to the Hackathon from Yale, and a recent Berklee College of Music grad.

We made a VR Alchemy Simulator where the user can prepare and combine different ingredients to make different colored potions!

I really enjoyed this experience and am happy that I finally got to participate in a Hackathon! It was less intimidating than I thought it would be!

Between these two activities, I had a pretty busy IAP, filled with learning new things and fun!

Overall, this experience, while out of our comfort zone, felt fairly natural! We’ve had semesters with varying levels of separation since our Freshman Spring. We’re grateful an opportunity like this came up at the time it did (as opposed to like in our very first semester), because it was just the right amount of *new* that let us feel a good sense of personal growth, minus too much fear or challenge. Throughout the month we texted a bunch, Facetimed, and definitely called to scream about the Steven Universe Special. We also had three way calls with our mom at times, which was different, since we usually just both talk through one phone on speaker. Another thing that’s cool is that since we both did deep dives into new and different topics, we now have a lot of knowledge to swap! We’re also very ready to take on the new semester (blog to come! hopefully when we can finally fully figure out our schedules (so close!))