Into the Unknown by Danny and Allan G. '20

The precipice of change is an unsettling place to be. We were there four years ago when we were seniors in high school, and we’re sure many of you are there now. 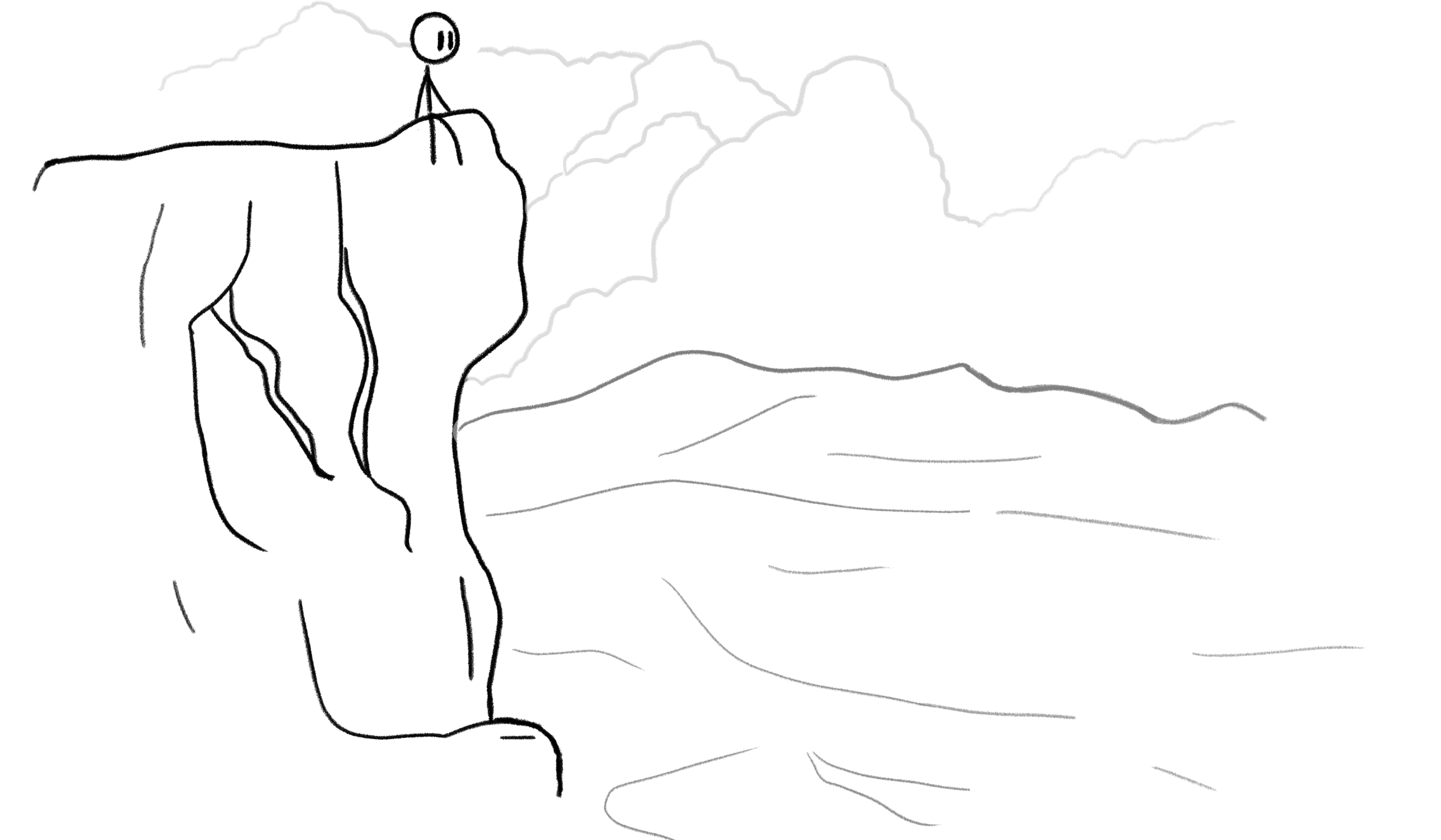 We find ourselves here again, trying to figure out what to do after we graduate.

For the past couple of months, we’ve been imagining futures where we get some industry experience, first picturing ourselves in the 10+ companies we applied to, and then in one of 3 companies that called us back for onsite interviews.

Around the time of our first rejection from one of those 3, we decided last-minute to apply to grad school. And just 2 days ago, we officially were rejected from the last company we thought we still had a chance to work at.

We honestly don’t know what’s going to happen next year. We’ve become well acquainted with Rejection — their firm handshake, respectful nod, and “Thank you for your interest.” So we’ve tried preparing ourselves for the reality where maybe we won’t get into grad school, and maybe take a gap year, or scramble to find a job.

We didn’t get to participate in Nisha’s Spotify post, because we don’t use Spotify, but if we did, we are sure one of our top 5 songs would have been Into the Unknown from Frozen 2.

We watched the movie with our 7 year old cousin, and it was so much fun. Watching a kid’s movie always puts us in an “everything will be okay” headspace. It immerses you in a story, beautifully crafted and visually stunning, that’s not your own. And while we might have had our “media-critique” glasses and “awe-of-animation” glasses on for parts of the movie, everything came off when the musical numbers started playing.

When Into the Unknown started, there was just an incredible feeling in the air. Listening to the exciting vamp in the background, beating like a heart, while seeing Elsa slam open the balcony doors, all building up to Idina Menzel’s huge belts gave us a greater than life feeling, just utterly hope-FULL.⁠01 Maybe that's why our dream is to eventually work on animated films — to give other people the feeling of hope that these movies always give us

After watching this uplifting movie, and spending time with our family during thanksgiving, we continued listening to Into the Unknown on repeat. We found ourselves being encouraged by the song.

Elsa sings Into the Unknown when she hears a mysterious voice calling to her. In the beginning of the song, she is afraid of the potential danger that might come from following this voice. But by the end of the song, she enthusiastically decides to go ‘into the unknown’, embracing the mystery, and welcoming the unanswered questions, with the courage and faith to face any challenges ahead.

Watching an interview with Kristen Anderson-Lopez and Robert Lopez, writers of all Frozen music, just made us love this song even more. Kristen describes how the chorus of this song, from a musicology perspective, tells the story of the entire movie.

She describes that the first “Into the unknown” is an octave. It feels safe, because we know octaves.

The second “Into the unknown” goes up to a ninth, and comes back to the octave. It’s stepping a toe outside of what you know, and then coming right back.

And the third “Into the unknown,” she describes, goes up to an eleventh. This one represents Elsa finally going into the enchanted forest, going into the unknown .⁠02 We do not know music theory very well, so we are sorry in advance if we paraphrased Kristen incorrectly

The mindset we went through during the undergraduate college application process, and are now going through during the graduate application process, mimics this transition in a way. We first would imagine ourselves in the safety schools we applied to — the ones close to home that felt familiar and concrete. Then we would begin to toy with the idea of a school less familiar — in a city we’ve never lived, in a world we could only imagine. We would have a constant internal dialogue with mind and heart, mind coldly saying “No, there’s no way” and heart optimistically responding “But what if!” This dialogue persisted as we applied to MIT EA, got deferred, and all the way till pi day. It was honestly kind of exhausting. Because we never went up to the eleventh. We never fully embraced the unknown, the feeling of not knowing. And that’s what we are trying to do differently this time around.

It took Elsa bravery to trust that everything will be okay as she trekked into the enchanted forest, and it is inspiring us to take the same bravery into our graduate applications.

This bravery may seem unrealistic, and maybe even foolish, but it’s helping us move forward and we hope that it can help you too.

Let’s go into the unknown, together.