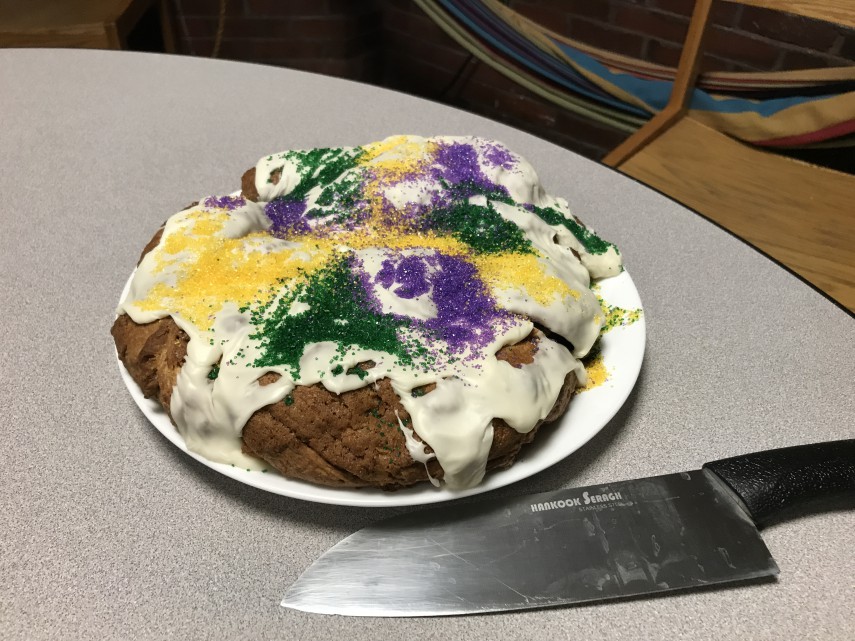 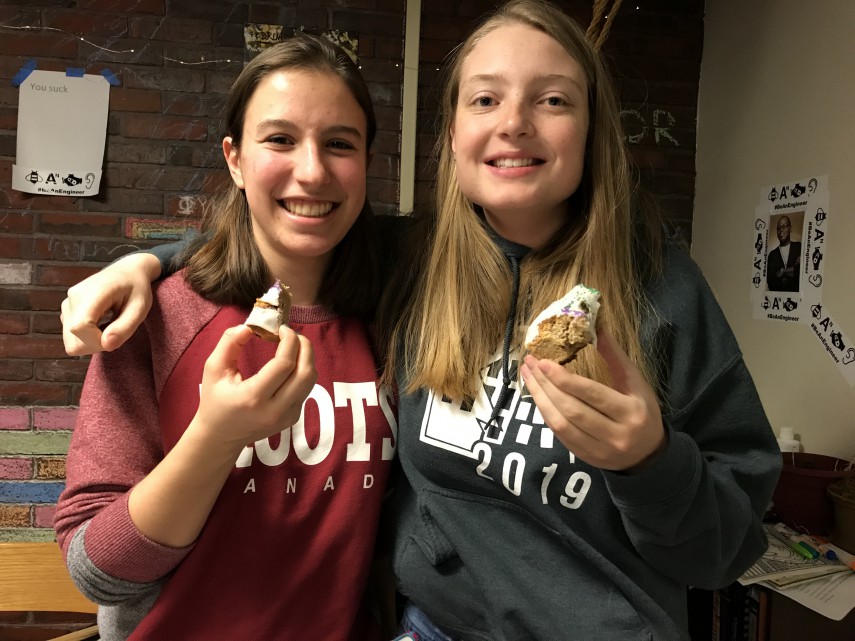 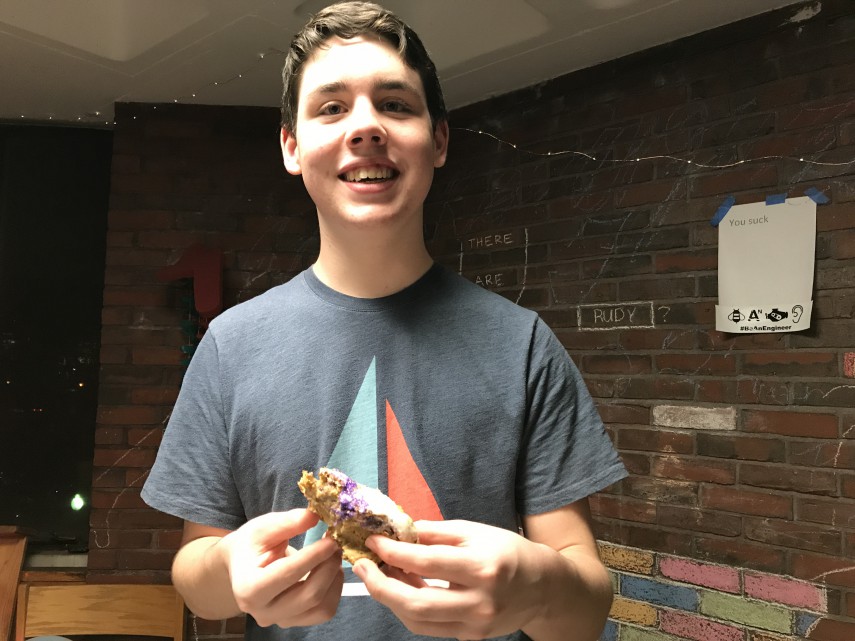 David S. ’21 is only eating the cake because I told him to 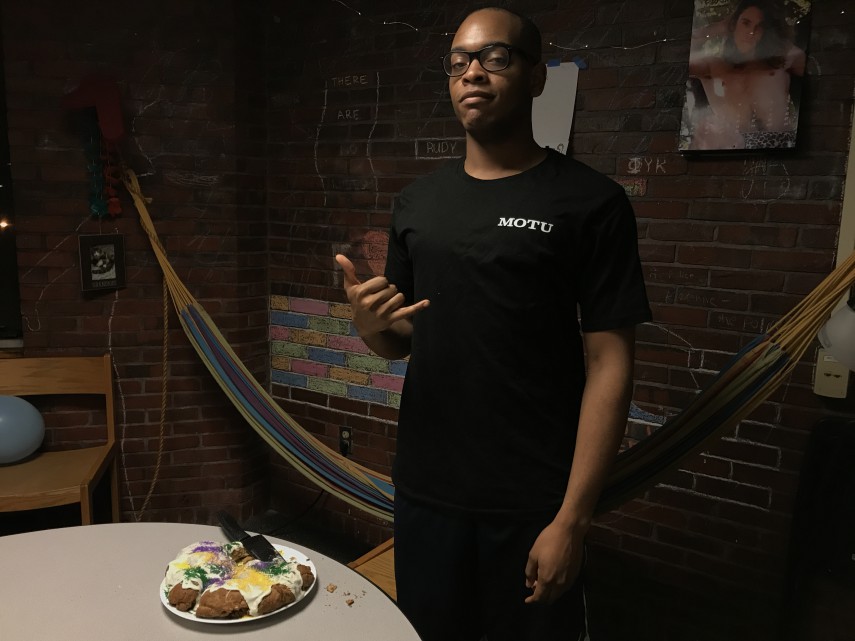 Brandon F. ’19 put on a shirt just for this picture 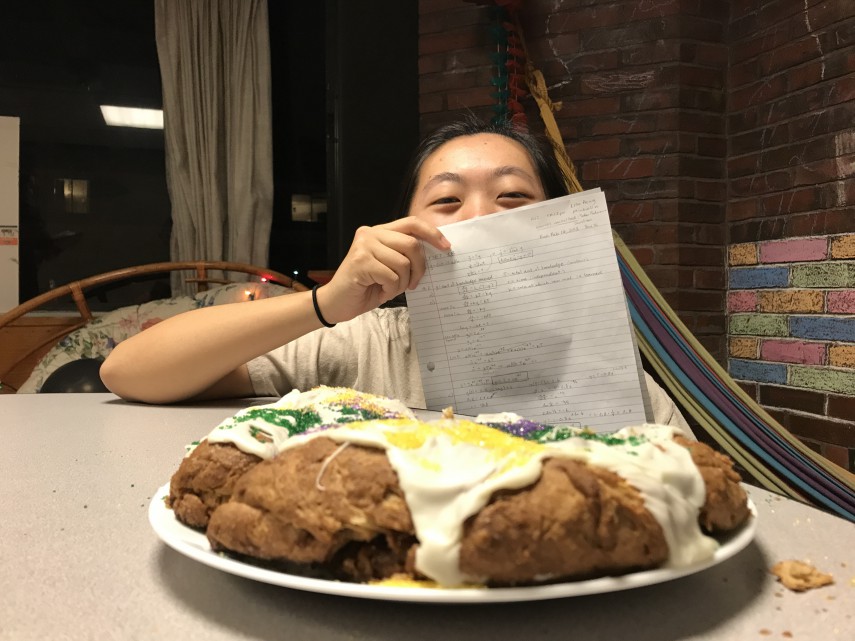 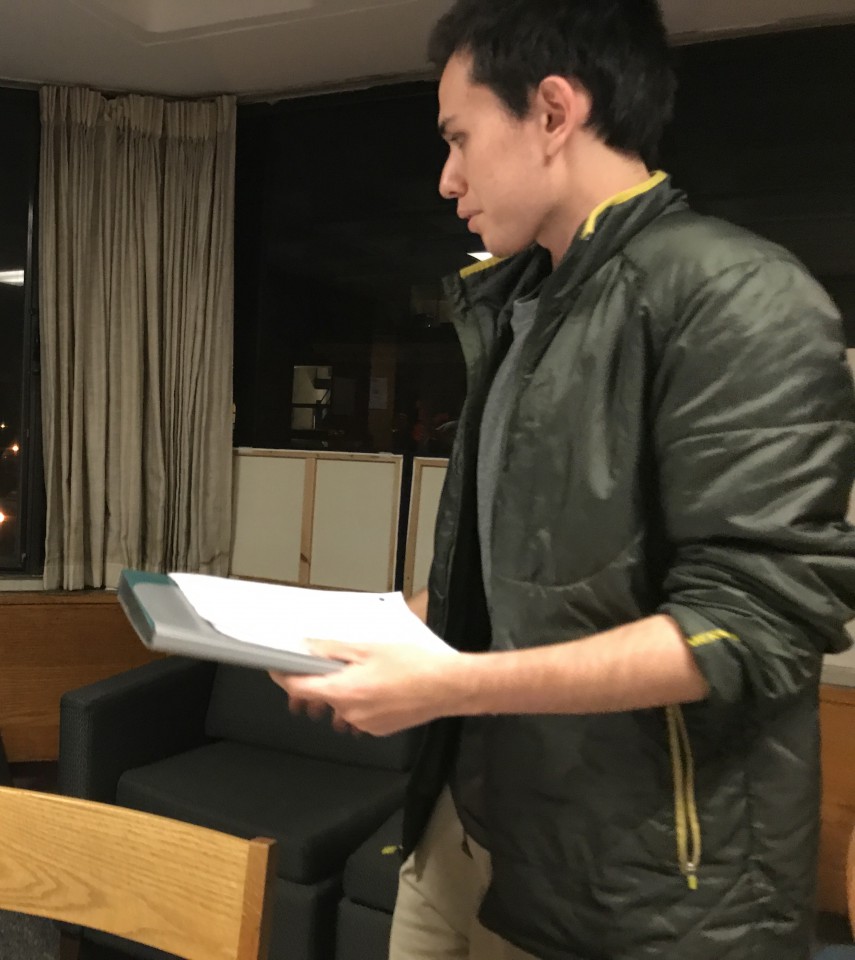 Jamie A. ’21, on the other hand, said “no photos” but lingered for quite a while–what is the truth?

I was up at 7 today to work on a prelab and then went to a 9:30 class then a class at 11 and ate lunch on campus at 12 before going to lab at 1 where I worked until 5:15 and went back to my dorm but on the way I stopped at Verde’s and bought some strawberries because I’m making chocolate-covered strawberries tomorrow for Valentine’s Day and I got back at around 6 but stopped by desk to pick up a package from Amazon (canned boiled peanuts) and immediately started working on this king cake for Mardi Gras (which is technically still today) and it felt weird adding yeast to the mixture because I had just finished working with yeast in the lab and now I was cooking it but ultimately the yeast did not do their job so the cake didn’t rise but it took so long to prep that I put it in the oven anyway because I would rather have bad king cake than no king cake and I finished it at like 9:50 and messaged out to my entry to come eat it and then my dad called to talk about a car dealership that opened up near my house back home and now I’m typing this at like 10:30 and I’m really tired but I have a show at WMBR at midnight so I won’t get back until like 1:30 (Walker is so far away from MacGregor) but then I really should take a shower and I take long showers so I’ll get to bed at maybe 2:15 and I have to be up before 8:45 because I have a 9:30 class tomorrow and then a class at 11 and then a PE class at 1 and then a UROP meeting at 3 and then I’ll come back and work on my 7.05 pset and my 7.02 pre- and post-labs but maybe I’ll get some good sleep tomorrow night.