Summer for me means lab and cooking. I'm not sure which I like better.

I am just full of sweetness and light today.

Lab-related good news
So the presentation that I was making Photoshop slides for last time? I finished it, and gave it to Morgan (do I have to say that he’s the professor in charge of my lab? I do this in person all the time — I’ll be talking to someone, and I’ll be like “my boyfriend Adam” and they’re like “shut up Mollie, you’ve been dating him for over two years, I know he’s your boyfriend”. So if you know that Morgan is the Big Boss, be nice and don’t tell me). Morgan loved it (yes yes yes yes yes), and agreed with my postdoc that I should do a handful of further experiments, then write the first draft of the whole thing and submit it to some journal.

It was kind of a given that there would be a paper, and that I’d get to write it (this is my project, anyway, and I’ve been working on it for a year and a half), but I really wasn’t expecting Morgan to react to my data so positively. I guess I got better at presenting my data at the five zillion interviews I did this winter.

Famous scientists are not particularly inclined to say, “Oh, it’s okay if your data suck, you’re only an undergrad,” — they pretty much expect everyone to be amazing. Even though I generally disdain the reporting about MIT in the Boston Globe, I did like the turn of phrase used in an article last winter — that MIT undergrads are subjected to pressure “by professors who are simply older versions of [ourselves].” That’s very true, I think — MIT professors aren’t inclined to be hard on us because they’re jerks, but because they genuinely see the potential in us to be great scientists and engineers.

Kitchen-related good news
My favorite thing to do in the summer is cook up a storm, because it’s warm and I’m happy and we finally have time to go to the grocery store on a regular basis. Over the past few days, Adam and I have made spinach manicotti, veggie pizza on homemade dough, hummus, dill veggie dip, and salsa. On Friday afternoon, I even made a pie! It’s a blueberry/raspberry pie, and it is absolutely delicious. My dad made me promise that I’d make another one next weekend when he and my mom are up for graduation. 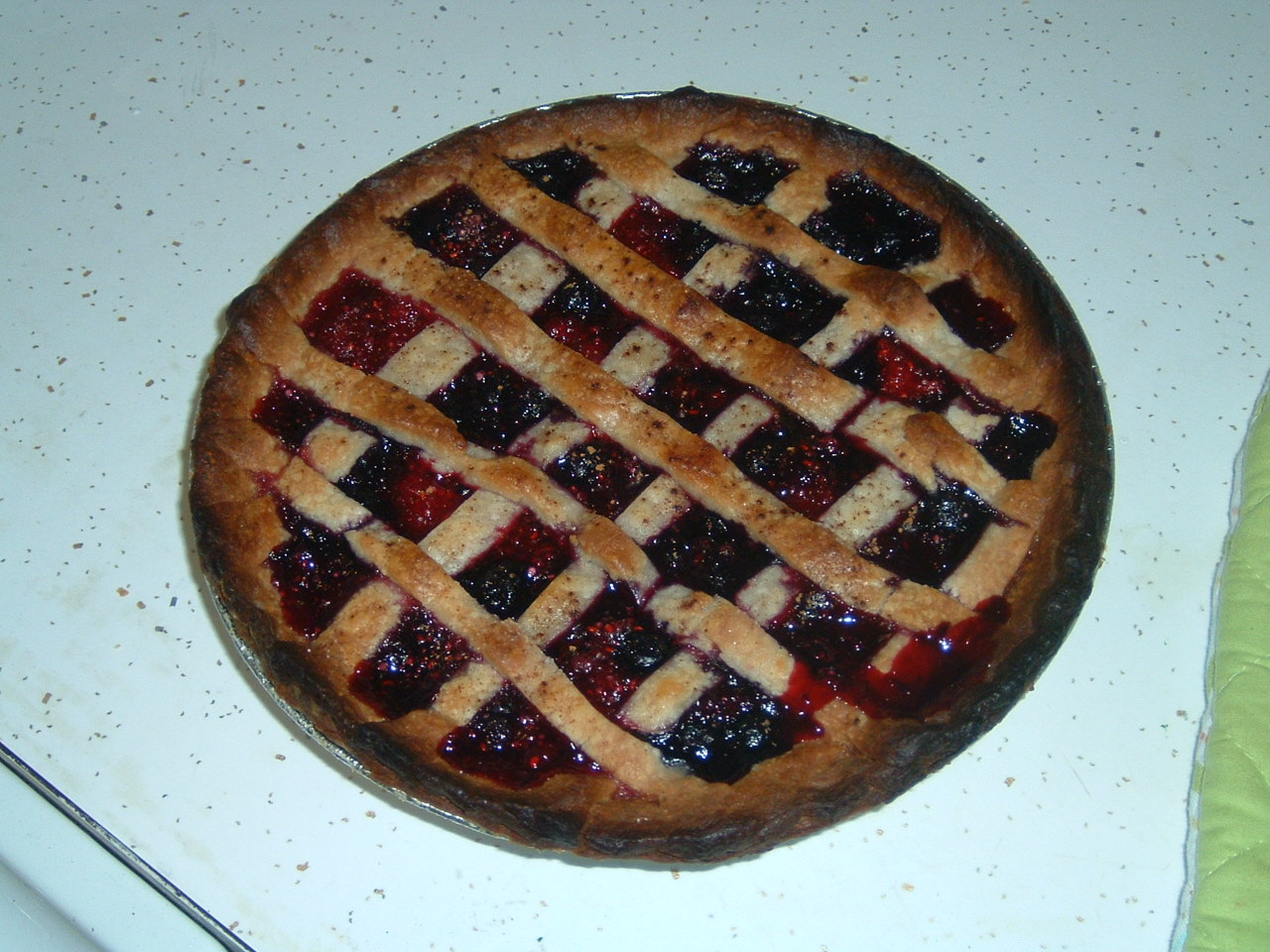 I absolutely love the fact that I came home from lab and baked a pie. It’s so traditional-but-not.

So now you should definitely come visit me when you get to campus — in addition to cookies, I’ll probably have pie. And who can resist pie?

Hi Mollie, about the swim test: We are supposed to swim 100 yards on front? We do not need to use the backstroke, do we?

wait, so do you bring everything to campus and not unpack most of it for a week, or do you have your parents bring it out a week later?

Well, if you have the option, I think it’s a great idea to have your parents bring your stuff out after you’ve gotten your permanent room assignment. (Saves a lot of lugging things around.) Those of us from far away often don’t have that option, though, so if you have to bring all your stuff at once, I’d advise packing necessary things in a suitcase and not unpacking everything else for a week. Unpacking and repacking is just going to be more of a hassle than it’s worth. Sidenote: If you haven’t read Jessie’s entry from Friday, you should read it now.

you mentioned that it’s helpful to do a urop and get used to lab procedures/equipments before taking an actual lab-intensive class. since i’m also thinking of going into biology, would starting my first urop the summer before sophomore year, like you did, be too late?

I don’t think it would be too late at all — the summer before sophomore year is a pretty normal time for biology people at MIT to get involved with UROPs.

and what do you think about resident-based advising. is it bad to be in a dorm and not have a chance to reenter the dorm lottery?

Personally, I do think it’s bad to be locked into a dorm after the initial housing lottery. I mean, a video and a short written blurb don’t do much to introduce you to the actual day-to-day character of a place, you know? I think RBA is a good choice only if you’re 100% positive that you want to be in Next or McCormick next year; if you suspect at all that you might want to move, you shouldn’t pick an RBA dorm. (I also, personally, think the idea of RBA is hokey, in the same way that I think icebreaker games are hokey and that talking about your feelings with a group of near-strangers is hokey.)