Where the music is richer.

TEN REASONS Why I Fell in Love With Madrid:

10. I love the Metro system in Madrid. Puts the T to shame.
9. I love the Starbucks employee who would always give me free muffins just because I’m Taiwanese and I try to (somewhat) speak Spanish.
8. I love the random Chinese conversations that I have on the Metro with Chinese emigrants to the city.
7. I love the 75 degree afternoons.
6. I love the 18 year old drinking age. And the fact that wine in Spain is not just an excuse for people to get wasted.
5. I love how lunch is at 2, and dinner is at 9.
4. I love how the stores are always open at night.
3. I love Spanish food. Paella. Cocido. Fried artichokes.
2. I love my “Spanish family” in Madrid.
1. I love Madrid just because of the way it is.

My Last Two Weeks in Spain, and Thoughts:

Doing a study abroad is kind of like matchmaking. For one month (or semesters – in a “real” study abroad), you’re paired with a family, a city, and an environment that you have little to no idea about. During the remainder of your time there, you figure out when the Metro comes, you find out which shop has the best churros con chocolate, and slowly, paso a paso, you adjust to the lifestyle. 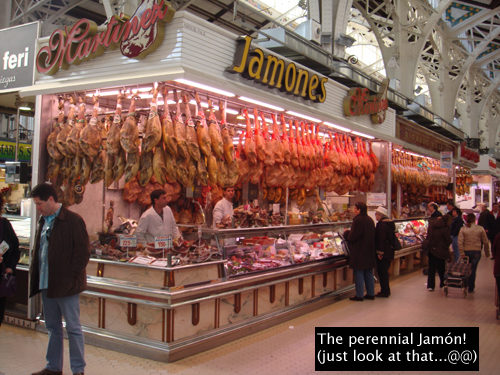 I spent the eleven days between my last final and January 3 in Taiwan – and then right after, I came back to MIT in anticipation to leave for Spain (after spending one night in my dorm). I must admit, on the night of January 3 (I left for Spain on January 4), I had no idea what I should expect about my stay in Spain. On a whim, I youtubed “Madrid” and started looking at the videos that came up – trying to formulate some expectations about the city that I would be spending a month in. Most of the videos showed some elegant parks (like Parque del Buen Retiro – Madrid’s most famous park), forbidding edifices (like Palacio Real – the largest palace in Europe), or distinguished museums (like Museo del Prado – best known for its collection of paintings) – but of course, I knew what none of them were called at that time. 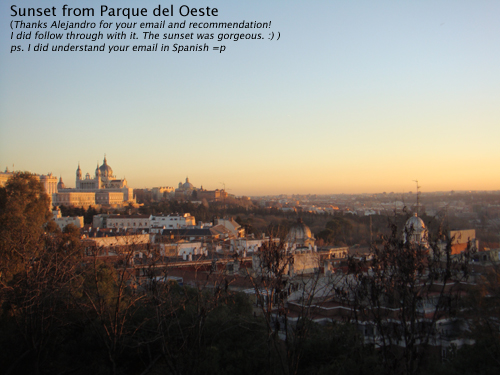 I could hardly contain my excitement as I stepped off the airplane at Amsterdam. For me, this was my first time in Europe, and I was eager to see what Europe was like (well, okay, the airport is not exactly the best representation of Europe =p). I browsed the duty-free shops, and thought about Spain and also the Spanish class I would be taking (!! Don’t forget that it wasn’t a complete 100% vacation =p). For me, I haven’t done Spanish classes since the first semester of senior year, and to be honest, my high school Spanish class wasn’t of the greatest calibre either. What would I think about the Spanish instruction at MIT? What would 4 weeks of intensive language classes be like? 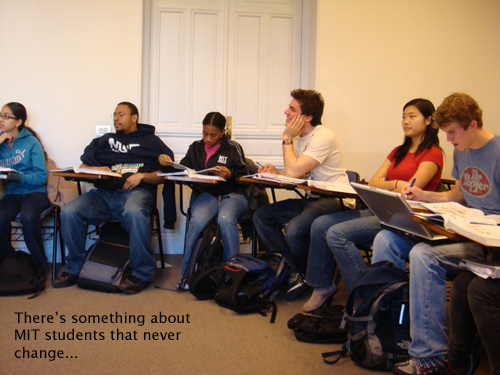 When we (me and another girl from my program that I met on the airplane) finally got to Madrid, we could not find our contact (who was supposed to give us directions on getting to our respective houses), so we wandered in the airport reception hall for an hour or so (we eventually ended up finding him, though). After the instructions and whatnot, I finally set off towards my house. The house wasn’t hard to find (once you figure out how Spanish addresses are written – for example: C/ Santa María 67 4 Izq would mean 67, Santa Maria St., Fourth Floor on the Left – also! in Spain, what we consider to be the “first floor” is actually called planta baja (ground floor) and their primera planta (first floor) is actually our second floor). With some nervousness, I rung the doorbell to the apartment and the caretaker came and asked me what I wanted. With (really bad) Spanish, I explained who I was looking for, and he directed me upstairs.

Now, with A LOT MORE nervousness, I rung the doorbell to the house, and waited for a response. For ten minutes, no one responded, and I started wondering whether I had the wrong address. After triple-checking, I was completely sure that I was right, and my host was just not at home. Great. I have a 35-pound suitcase with me and I wasn’t going to sit here waiting the whole night for him to come back! I have to drop off my suitcase here and then come back later, once I know what the deal is with my host. Then the problem came. How the heck am I supposed to explain that I need to drop off my suitcase here and I will come back at night to the caretaker of the apartment?! (Remember, at this point, my Spanish was atrocious from lack of practice).

I started formulating a “draft” of what I was going to say (which resembled more like a string of disconnected words rather than coherent sentences) to the caretaker, and proceeded downstairs. After gesturing a lot (I didn’t know what the word for “luggage” was), the caretaker somewhat understood my dilemma, and told me that he would only hold on to my luggage until 9, when he got off work (I don’t know how I understood all this, with my severely limited language skills in the beginning. But then again, during my month in Spain, I discovered that I had a knack of getting the “big picture” of what someone is saying, even though I might not understand every word =p). 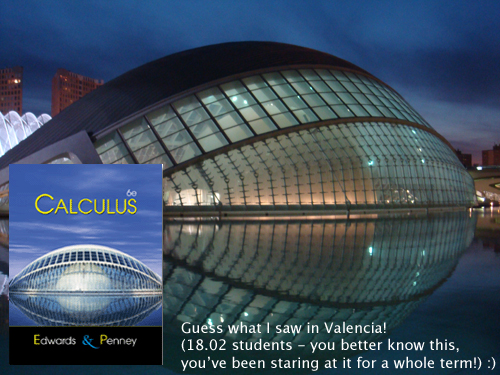 I found my profesor for the course, Ricardo, afterwards and asked him for help. He called my host, and (after a 30-minute discussion), found out that my host wouldn’t be able to take me until next Monday (this was Saturday night) because the agency didn’t tell him that I would be coming this early. Thus, I ended up spending two nights in Ricardo’s flat (which didn’t have hot water nor heating) with another student who was also “homeless.” 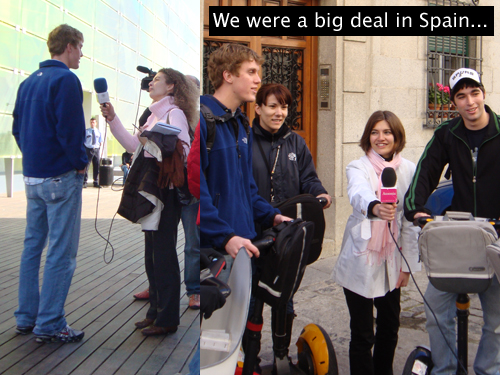 Despite the initial mishaps, I successfully moved in to my host’s house on Monday night. With a cheerful grin, he introduced himself as Arturo and showed me my room, in his tiny (but typical) Spanish flat. “Espero que te gustes el pollo! (I hope you like chicken!)” – with that, he disappeared into his kitchen, and emerged carrying out some stewed chicken that he had prepared for me. With that, my journey in Spain began. 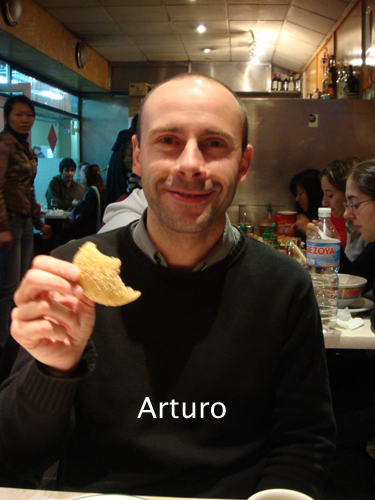 Over the next month, I would come to know his family, his interests, and basically his life. Having grown up completely in Madrid, Arturo had only left the country a handful of times. However, boasting a CD collection in the scale of thousands, he claims that he had traveled the world through music. His grandmother, who is currently 92 and had lived through World War I, World War II, and the Spanish Civil War, still hums to the rhythm of Iberian waltzes that she heard as a young woman. His cousin (who lives with his grandmother, in another apartment apart from Arturo) is young, energetic, has two kids, and makes the best pollo con cebollas for your life. 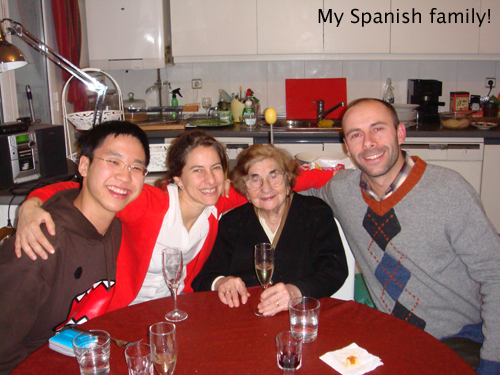 Each night, after Arturo came home from his Zen meditation at 10:30, we would have dinner in his small flat, which often consisted of rice stewed with various vegetables, some meats, chorizos, mixed salad (which sounds and is really simple, but the way he makes it tastes amazing with olive oil and salt), raisins and wine. Yes, always, raisins and wine. Over dinner (which always somehow tend to last 2 hours), we would talk about everything, from his job (telephone operator and volunteer for civil rights) to Spanish politics (as my vocabulary got progressively better). As the days progressed, I started really relishing these nights we spent together, just talking about life over a food. It’s so down-to-earth, so family-like, so…Spanish. 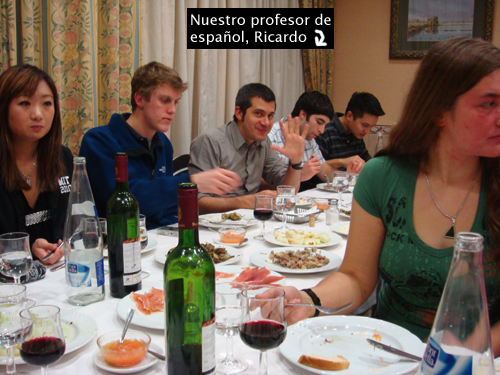 Taking a language class abroad is also an experience in itself. The IAP Spanish II class meets everyday from 10 AM to 1 PM, and we go over a semester’s worth of material in 4 weeks. This equals roughly two chapters in the textbook every week, about twenty vocabulary words everyday, and a major exam every Friday. Of course, I am still on Pass/No Record, so there goes my motivation. But, being entirely immersed in Spain does help though – I think I learned more about vocabulary and general speaking skills from talking to Arturo and going to different restaurants than from the class itself. It is really neat that I would be learning the vocabulary for relationships in class, and I would be using the same vocabulary to talk to Arturo about his social life the same night. =p 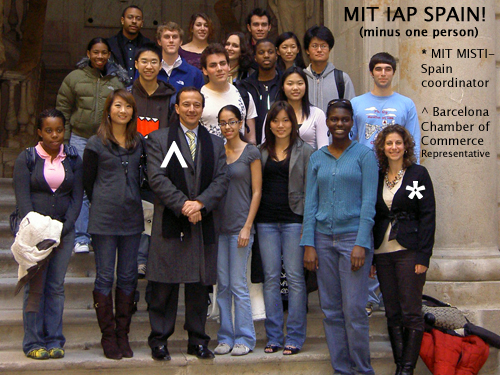 But then again, like matchmaking, not everyone was completely happy about their matches. I feel, in a large part, that the satisfaction of this study-abroad was based, significantly, by people’s happiness with their host families. There were host families who did not have hot water – there were families who never talked to their host students – and there were host families who posted long list of rules that the students had to follow. I was really fortunate to have found a family that I established a lasting connection with, a house that I can call “home” in Spain. :) 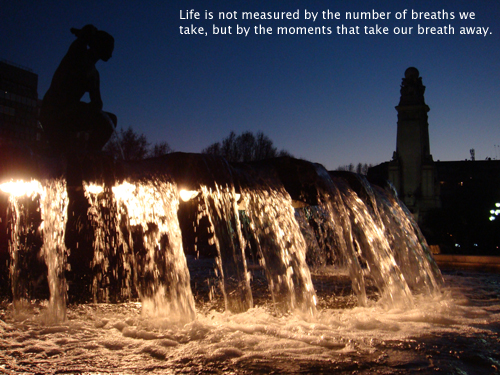 On my way to the Madrid airport yesterday, I unfolded the Metro map that I received on my very first day in Madrid. It’s still the same map, but is now wrinkled and crinkly from all the creases of travel. Gazing at the names of the subway stops, I marvel at how much I’ve gotten to known Madrid. I know I am going to miss Spain. 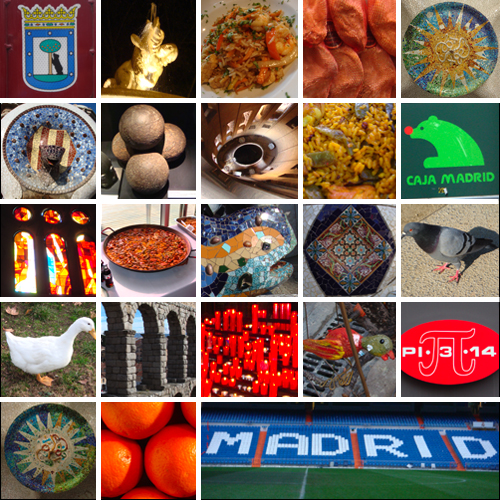 Well, this had been an amazing IAP, and it’s back to the firehose after Reg Day tomorrow!

(Next IAP Preview: I’m hoping to take D-Lab next term (Fall 2008), which would most probably involve a project overseas next IAP, so perhaps I’ll be gone from MIT my sophomore IAP as well! Hmmm. =p)