decathlon brought to you by a paperback, a sledgehammer, and a scooter

I like being around people who can creatively keep themselves entertained. This can be an unproductive quality while alone; I have a terrible tendency to sit fascinated for hours by the refraction of light through pens with hexagonal cross-sections at various angles, the physical properties granted by the structure of a shoestring’s weave, internal discussions on particularly weird or ironic evolutionary imperatives, or by producing really awkward writing. When these kinds of people pool together, though, it’s like a positive feedback loop that generates entertainment.

While I don’t personally observe Valentine’s Day, enough humorous sentiment pointed in its general direction managed to leak into my late evening tonight that I thought I’d share. Coherency is left as an exercise to the reader. 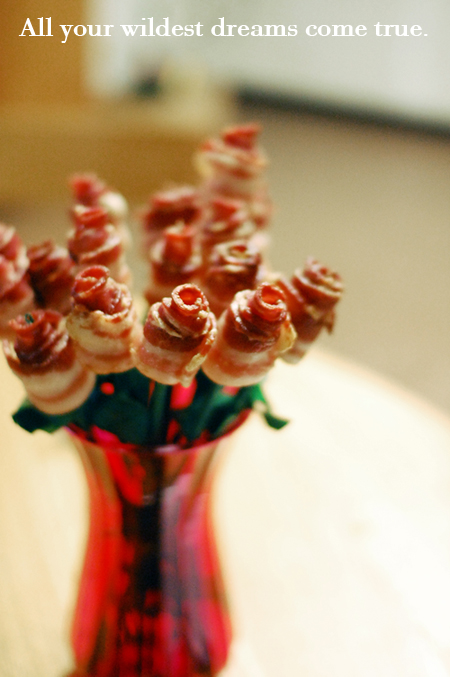 Around midnight, my hallmate’s lady-friend presented him with an enormous bouquet of delicious homemade bacon roses, which we all had entirely too much fun with. 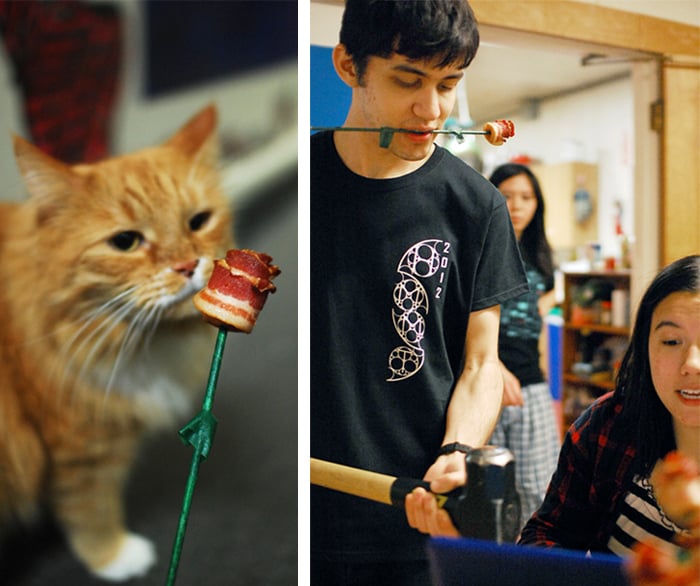 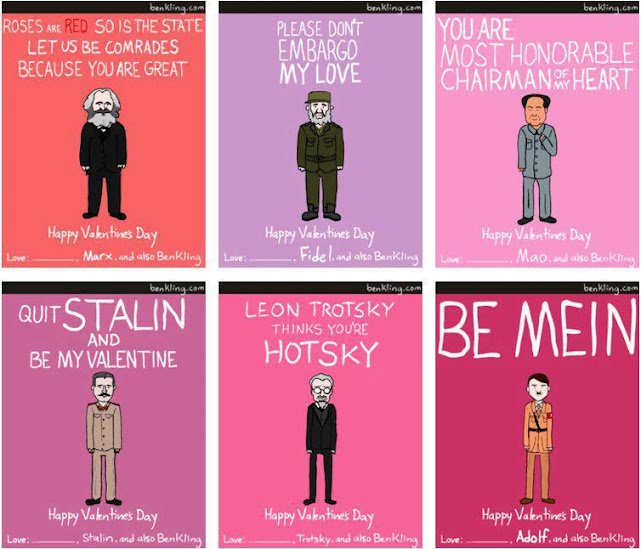 We happened to have a spare copy of Twilight lying around. Since it held no value to us other than that of the dried wood pulp from which it had once been flattened, we naturally decided to indulge in a little Twilight bashing. 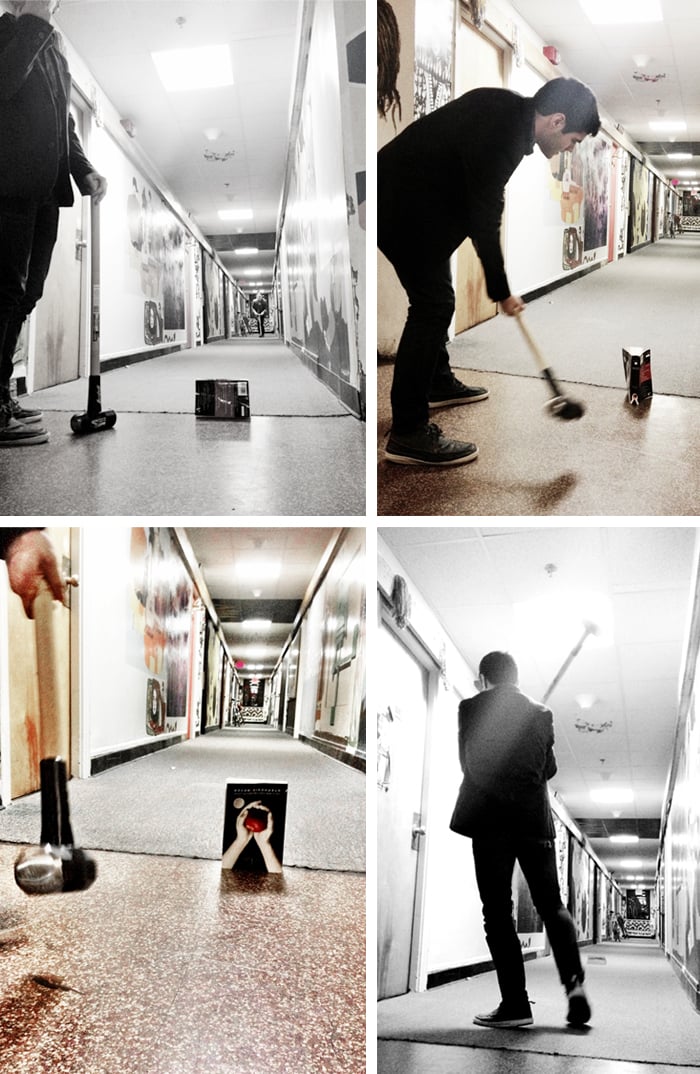 All in all, we extracted far more utility from that book than we would ever have gotten from reading it. It didn’t stop at Twilight sledgehammer golf, either; frustrated by the book’s softness and high air resistance, which prevented it from flying satisfyingly, we quickly evolved the game into Twilight soccer and then Twilight sledgehammer-bat baseball. It inevitably tore in half, relegating us to the simple luxuries of book-jousting, book-skating, book-football, book-bocce, and book-scooter-curling. Finally, Paul’13, who grew up in a traveling circus, started balancing the sledgehammer on his bare toes while standing on one foot, and we all stopped to stare in horror.

And then, psets, which we really should have been doing all along. Happy February 15th! 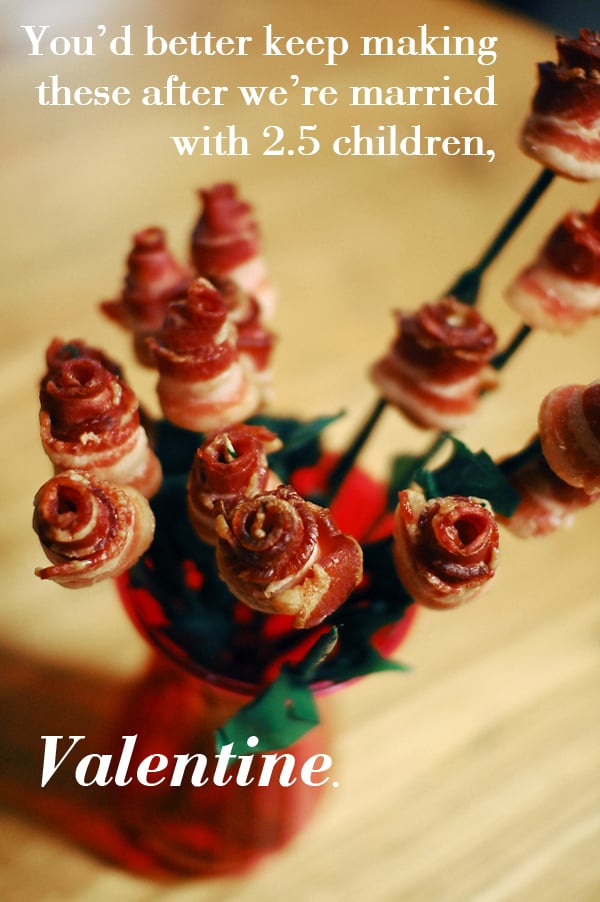