The Forbes blogs broke an interesting story early last week that I went absolutely nuts over, and I’m so glad to finally have enough time to blog about it.

If, for some reason, you don’t like following links to blogs that aren’t MIT Admissions blogs, I’ll sum it up for you: The US National Science Foundation released a ton of statistics as part of their “Science and Engineering Indicators” report for 2010. They compiled a lot of lists, but one of them ranked the top 20 metropolitan areas in the United States in order of the percentage of workers in STEM (Science, Technology, Engineering and Mathematics) occupations. As one Forbes blogger indicated, that’s as good a measure as any of geekiness, at least with respect to the workforce.

The top city, naturally, was San Jose, California, home of Silicon Valley and the headquarters of such companies like Apple, Google, HP, and eBay. In second place was Boulder, Colorado.

(Not) surprisingly, Massachusetts fared very well in the rankings, boasting three cities that made it in the top 20. Boston came in 15th place with 10.3% of its workforce in STEM occupations – and if you think about it, Boston is right across the river from where MIT is. The sixth geekiest city was Lowell, Massachusetts, with 14.1% of all working people in STEM occupations.

Are you wondering what the third Massachusetts city is?

It’s none other than my hometown of Framingham, Massachusetts. And get this: we came in third place, with 16.6% of our workforce employed in STEM occupations.

Why are we so geeky awesome? There must be something in the water.

That might also explain why I’m so good at making bad chemistry jokes! 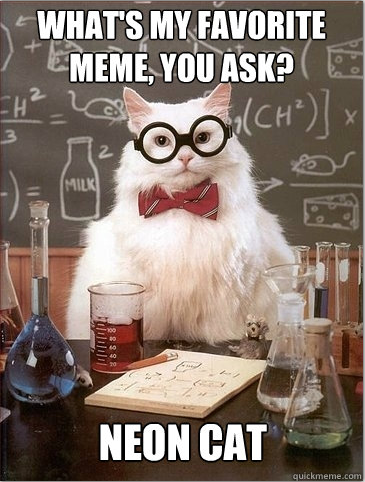 (………..orrrrrr I’ll just stick to blogging and continuing my full-time linguistics UROP. As I work from home. In the third geekiest city ever, mind you.)

4 responses to “Massachusetts: The Geek State”