MIT History Professor Pauline Maier makes the MIT homepage today with her treatise on the formation of the Constitution of United States. 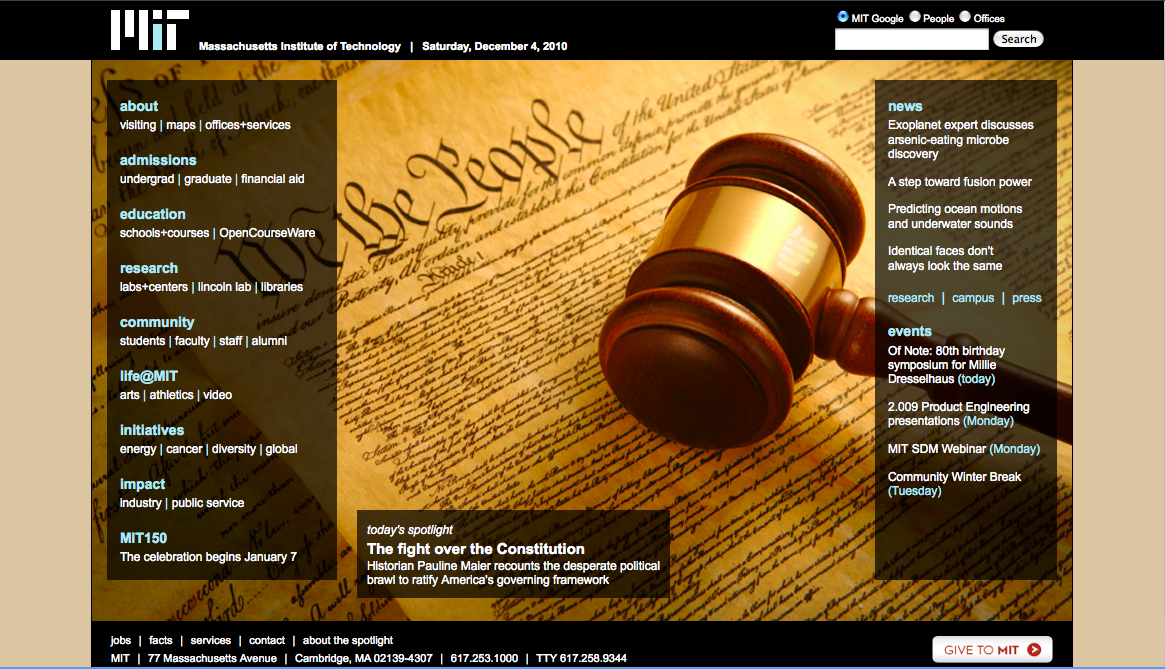 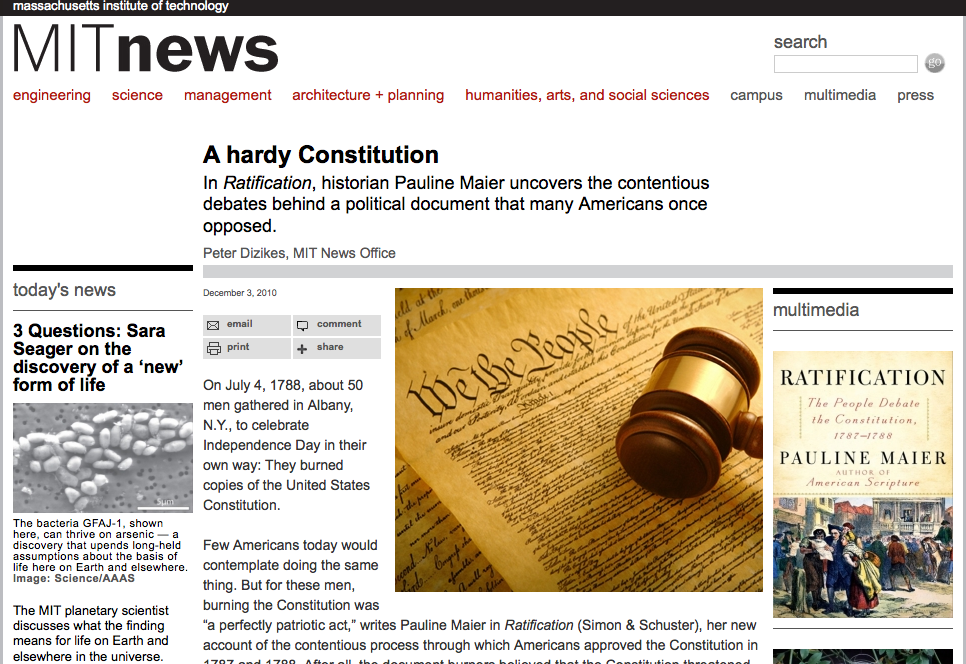 Professor Maier taught me The American Revolution last semester, and she is an absolutely fascinating speaker. She has done decades of research on colonial United States up to the Declaration of Independence and the formation of the Constitution, and yet she was willing to sit down with the six of us – relative novices in matters relating to the formation of the United States – for three hours every week and pore through primary documents with us and patiently explain to us various intricacies (after having let us have a crack at it first) of the same documents that she had probably read and re-read easily over several dozen times.

To Professor Maier, teaching is not a one-way street. I believe she thinks that she would have failed as an instructor if we are not able to contribute our opinions and tell her what the documents meant for ourselves, even if she gave the most eloquent and expressive lecture. We, being MIT undergrads, are often so swamped with work from our technical classes that – I will candidly admit – we may not be the most well-prepared when it comes to class discussions on the documents and pamphlets that we ought to have read the previous night. This easily causes the utterance of a multitude of platitudes when Professor Maier calls on us to explain the significance of certain passages, but she is never impatient with us – in fact, she simply probes deeper in her questions and gets us to think like a historian should, even on-the-spot if necessary.

Professor Maier is a master historian, but she is not jealous of her art. In fact, she seeks to instill in her students an appreciation of history and a deeper understanding of the echoes and repercussions of these events that happened over two centuries ago. Professor Maier teaches history in the same manner that my grandmother tells me stories of how she evacuated from China with my grandfather sixty years ago in the wake of the Chinese Civil War – Professor Maier is a storyteller, and although she is often fond of stating how she enjoys teaching MIT undergrads because we are so astute and sharp in our logical and reasoning skills, she also deserves half the credit because she allows us to see history as it happened, as if she was the proverbial fly on the wall at Independence Hall.

I find it amazing that American Revolution class is attended by a mere six undergraduate students, but I guess all the power to us, because we get Professor Maier’s undivided attention for so long? ;)

I wish to offer my congratulations to Professor Maier for her work, and MIT HISTORY IS AWESOME! :D