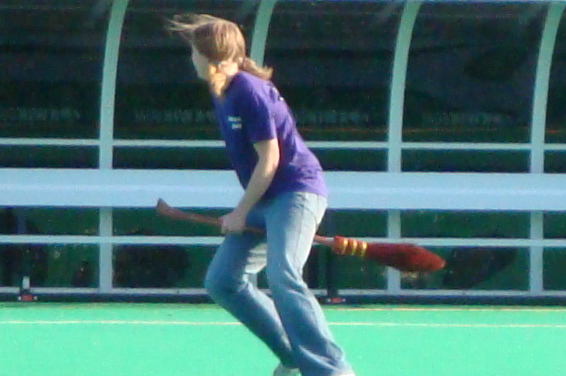 The awesomeness is still sinking in. This afternoon was the first warm, sunny, beautiful day we’ve had here for a while. I bike year-round, but today was the first time since fall that I went on a bike ride for fun, instead of just to get to class. After exploring the Minuteman trail (including a statue of Uncle Sam; did you know that the original Uncle Sam was born near Boston?) I headed to MIT’s campus to take some pictures of MIT”s newest sport. I started out as an observer, but soon got caught up in the magic and was flying (er, running) around a soccer field on a broom.

Today’s practice was mostly about getting used to moving on the broom and handling the ball with just one hand (since the other holds on to the broom). We used a volleyball as our quaffle. We haven’t practiced with them yet, but we have dodgeballs for bludgers. We also have a cross country running who has volunteered to dress in gold and play the snitch. The snitch is allowed to run around the entire campus, instead of staying on (or even in sight of!) the playing field. If you check online, you can find some pretty funny videos of existing Quidditch teams and their snitches. Some of the snitches will do flips and cartwheels to taunt the players as they run past. 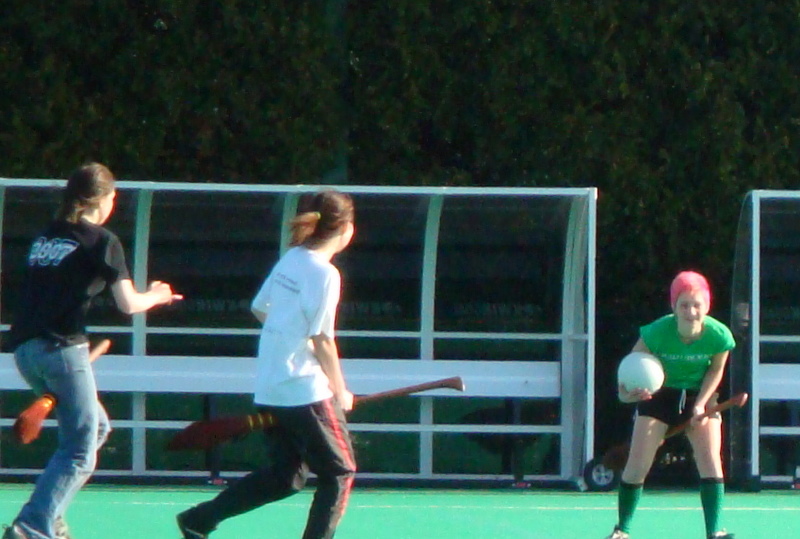 One thing that surprised me about practice was the wide range of students who came. Out of 11 students present, I think we represented 10 different dorms/Independent Living Groups. It was great to meet people from all over campus with a common interest.

Another surprising thing about practice today was the spectators. Given that the sport is brand-new, I expected the stands to be empty. There were some people at MIT (I think there was a swimming tournament?) who noticed us practicing and stopped to watch and cheer. I gave them my camera and it is thanks to them that you have the three action photos! 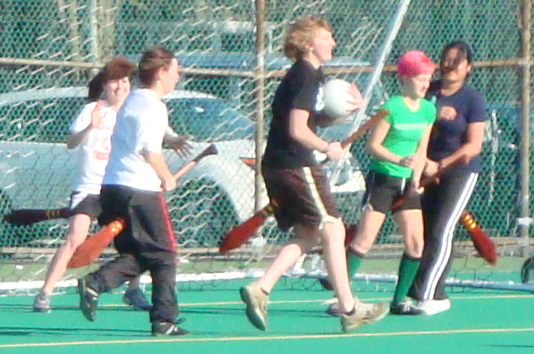 To MIT students: We have practices weekly, on Sunday afternoons. Sometime this month we will scrimmage Harvard. Several other schools are interested in playing us as well. Email quidditch-execs at mit dot edu to get on the list for more info! We would love more players and/or more fans :)

To pre-frosh: We will have a CPW event! I am pretty sure it will involve us playing a demo game, and you will likely have a chance to play as well! 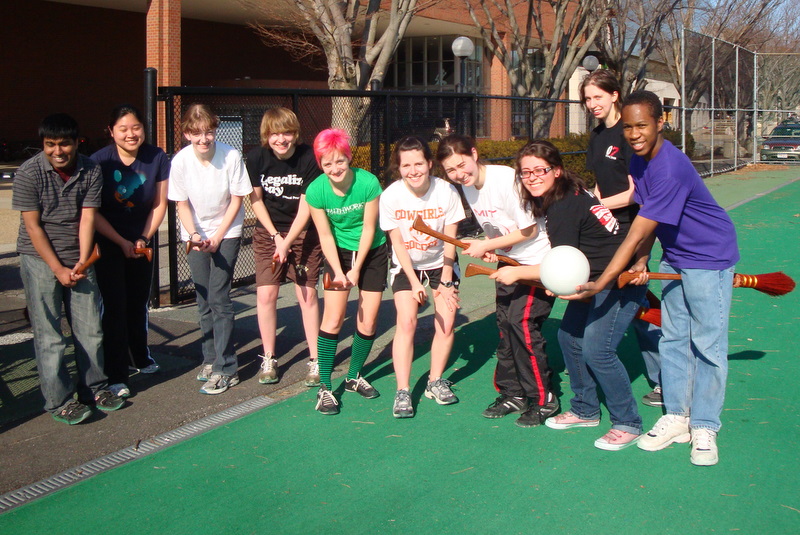 20 responses to “MIT Quidditch: The Best Thing EVER?”