What is Course X in Chinese?

Sometime in the last month, I was forwarded a request to blog about Model United Nations at MIT. I covered this issue somewhat in this entry, when I went to UPMUNC in November.

One of the most common questions the MIT MUN delegation gets from students from other MUN teams is, “Aren’t you guys a tech school? What are you doing here?!” Ahem. Engineers can debate, too!

We attend several conferences in a year – this year, we had 5 conferences, and hosted one conference for high schoolers. These are the different conferences we had:

Members of the BU or MIT MUN program are given the chance to staff BosMUN. Chairing aside, positions were primarily needed for crisis staff and logistical stuff. For this conference, I was able to vice-chair for a specialized committee in BosMUN. The conference had around 1200 students from all over the world (including sizable delegations from China), and it was an interesting experience meeting these students and seeing the conference from the other side of the spectrum. 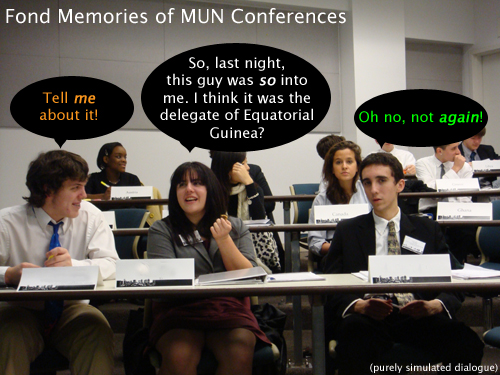 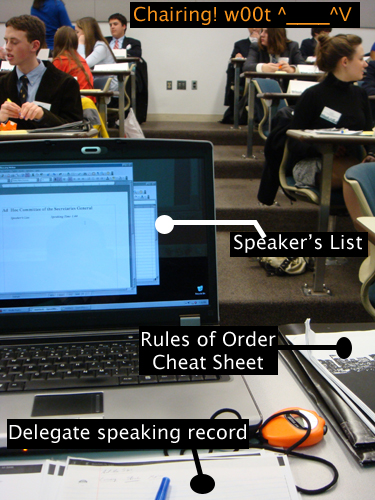 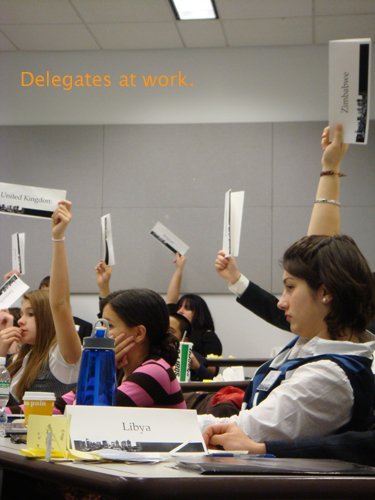 Joining MUN is easy. Generally, you just sign on to the MIT MUN mailing list, and you’ll regularly receive information about the application to other conferences. I personally think that doing MUN is a very welcome break from the torrent of science that is present everyday. =D

In other news, I’m a “sophomore”! Although I prided myself on not caving into the pressure of advanced sophomore standing (it’s something that most freshmen hop onto rather quickly) in the beginning, I decided that it was to my advantage to declare sophomore standing.

So what is “sophomore standing” at MIT?

Basically if you took a sizable amount of AP exams in high school (or courses at a local college) and received decent marks (5s for AP exams), MIT would award you with what is called “General Elective Credits,” and those credits will be appended onto your transcript. Moreover, you need to meet these factors:

* Have taken the majority of science GIRs (there are 6 science/math GIRs – so you need 4).
* Have taken and passed a CI HASS class (basically a humanities class that involves more writing of essays, talking, or any other form of “communication” – CI stands for Communication Intensive). A side note: you’re actually required to take a CI class during your first year at MIT, or you’ll be considered to be in “non-compliance” with the Freshman Communication Requirement. Curious.
* Have more than 96 credits before the beginning of the second semester (one semester at MIT = 48 credits).

If you do the math, 96-54 (max credit limit for froshies, first term, unless you take 12.000) = 42. So if you come in with 42 additional credits, you will qualify for sophomore standing at the end of your first year. Let’s make things easier. Suppose you took the AP Calculus BC exam and received either a 4 or a 5 (this is THE one instance where a 4 would be taken by MIT for credit), you will get 12 units for 18.01 (Calculus I). This means that 42-12 = 30. MIT grants 9 units of General Elective Credit for extra AP exams that are on this list, so you need 4 extra 5’s on AP exams (and have passed all of your first semester classes) to qualify for sophomore standing. Also, if you took the Physics C exam and received 5’s on both parts, you will instead reduce your needed extra credits from 30 to 18, which means you only need 2 extra 5’s on AP exams.

In a word, sophomore standing isn’t very difficult to get, if that’s what you want. But before jumping on the bandwagon, you need to consider these factors:

Pros:
* You now can take 72 credits (six full classes) in one term and no one will yell at you.
* When someone asks you, “What Course are you?”, you won’t be just another freshman with a “wannabe” course number. Hey – now you have a major on WebSIS! (online advising folder)
* If you totally hate your freshman adviser, you’ll be finally rid of him/her (disclaimer: this is totally not the case with me. I have Matt! Who, for the record, is awesome. =D)

Cons:
* Black, ugly Ds and Fs will appear on your transcript, if you do poorly.
* 72 credits(x) + overinflated-ego(x) = sadness, depression, and great gnashing of teeth, once x = 5th week.
* You are now allowed to be a constituent of the Class of (y-1), where y = your class year. The horror! The horror!

These aside, my biggest rationale for not declaring sophomore standing during the first semester was because I had no idea what I wanted to major in. Well, okay, perhaps I have “somewhat” of an idea, but I’m sure it’s not a very accurate one since I’ve taken a grand total of ONE (not to mention that it’s a GIR) course in that department. I wanted to wait a little before making the decision.

But then, when spring registration came around, the awkward freshman spring credit limit reared its ugly head. The freshman spring credit limit is 57 credits, which translates to 4 “full courses” of 12-credits and one 9-credit seminar or exploratory class. I signed on to a 9-credit exploratory class, but quickly began disliking the class strongly – which led to me dropping the course within one week. Given the limited number of 9-credit classes and scheduling conflicts, I realized that I might be much better off taking Spanish III, so mi espanol doesn’t just all go down in the drain, despite spending a month in Spain. 21F.703 is 12 credits, which means 12×5 = 60 credits! Oh no! I’m over the freshman credit limit!

What should I do?

Obviously, I went and declared sophomore standing (to the grief of the director of the UAAP (academic and advising office), who maintains that “the reason to take sophomore standing should not be to exceed the freshman credit limit”).

So now, I’m a “sophomore” in Course VII, Biology. I’m finding the 60-credit load to be a little bit intimidating, but I’ll see what happens. ;) Que sera, sera. 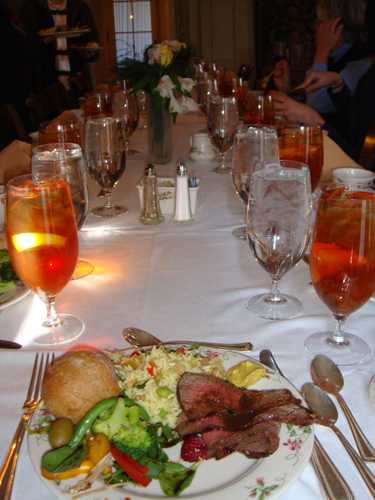 56 responses to “Of MUN and Academia”