It's pretty much the only option.

What will life be like next week? The week after that? 6 months from now? Does anyone pretend to know?

One of the few things that I know with certainty is that about two and a half months from now, our nation will commemorate that 19 years have passed since September 11, 2001.

I have been thinking about 9/11 a lot lately, because unlike most of you, I was alive to witness it. And the current fear, anxiety, and uncertainty that we are all experiencing feel strikingly familiar. Airlines were in disarray, unemployment was skyrocketing, and there were long lines at Costco (although in my hometown bedroom community of NYC, people were buying pallets of supplies to send to the rescuers at Ground Zero: socks, contact solution and, yes, masks). There seemed to be only one possible conversation topic no matter where you went: at home, at school, on the street, in the craft sore, you struck up an anxious conversation with the stranger standing next to you. You dove right in; there was no preamble. Everyone knew what the conversation was going to be about.

If you had asked someone during those weeks what they thought life would be like in 2020, they would have looked at you like you were crazy. Not just because no one knew, but because we couldn’t even fathom casting our minds forward that far. January 2020 might as well have been October 2001 – wasn’t it just going to be as painful, scary, and sad as September 2001?

Yet the world kept turning, and 2002 came and went, and 2003, and eventually 2020 arrived in seemingly normal fashion only to be thrown radically off course a quarter way through.

I know, because 2020 was also (going to be) a transition year for me. I was determined to make some big changes in 2020: find a new job/switch careers, move hundreds of miles away from the place I currently live, begin searching for a house to buy in my new town, go on a big adventurous trip to Asia, and then (finally) get a dog.

Everything was going according to plan. I was getting lots of responses to my applications, did several phone interviews, and even had an invitation for an in-person interview and tour of a prospective new hometown in the middle of March.

Well. You can guess how that went. (It didn’t.)

My adult life version of CPW got cancelled. All of my big life plans were placed on hold.

As the crisis developed, I was constantly reassessing an ever-changing personal and global situation – my professional disappointment, my husband’s perceived job security, my anxiety over being able to find tissues at the store (we were stocked on toilet paper but pandemic tissue hoarding during North Carolina’s “pollening” was a real problem), and ever-growing unemployment numbers. 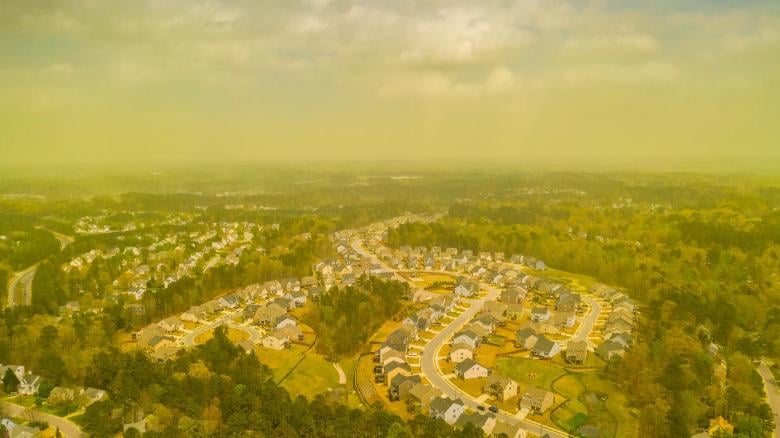 Finally, some stability settled out of the chaos. The job and location search plans are officially on a yearlong pause. To make up for this bitter disappointment, we’re moving within our city to a different housing situation that fulfills a tiny portion of the changes we were hoping to make with the big move. Oh – and we already got the dog, along with the rest of America. 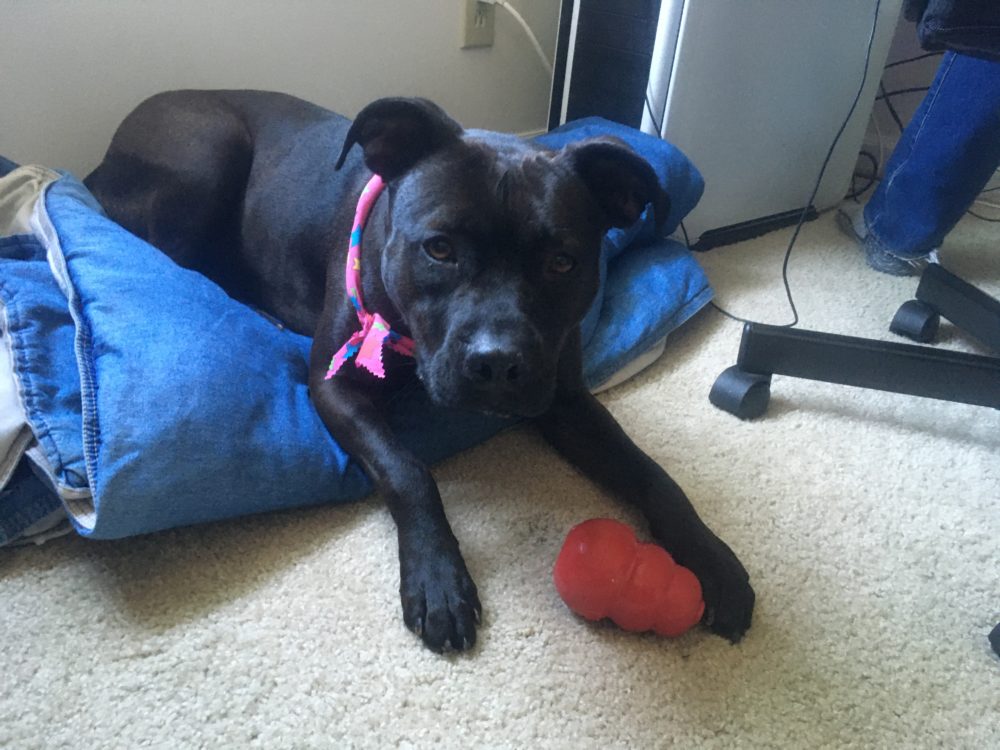 This is JoJo. She isn’t usually this cute.

I am crushed, but I am holding it together by moving forward on the things I CAN do. I have processed the reality around me and adapted to it. Liking said reality is not required.

In grad school, I learned about the Generally Accepted Accounting Principles (GAAP), which are a set of standard methods and assumptions that accountants should use to “improve the clarity, consistency, and comparability of the communication of financial information.”  One of these standards is called the “principle of continuity,” which states that an accountant should assume that the business will continue operation without interruption.

When I learned this, it struck me as deeply profound. (That’s probably why it’s the only part of the GAAP that I still remember.)

The logic behind this principle is that if you keep financial records with models and assumptions based on the idea that the business might go bankrupt next week, it will distort the data.

But more than that, it just doesn’t make any SENSE. If the company is going to go bankrupt next week, why are you projecting revenue 3 years from now? Why aren’t you figuring out how to keep the company from going bankrupt? If you’ve already tried that and failed, then you should be spending your time cleaning out your desk.

Assuming operations will continue is really the only practical way to think about ANYTHING. Even if you know that things have changed dramatically and irrevocably, but don’t yet understand how, there is no other sensible approach that I am aware of. Once you know what the changes are, you can adapt to them. But until then – what? Sit on your hands? Freak out? Waffle endlessly on the wisdom of making choices that will lead to equally unknowable outcomes? Been there, tried that, it was last month, and it sucked.

MIT will be there next year. Carnegie Mellon will be there next year, and so will Rose Hulman and Elon and Grinnell and Harvey Mudd and Carroll and Embry-Riddle and Gonzaga and Tulane and [YourState] University and Greendale Community College (I’m just going to assume there’s a real one out there somewhere). For those of you graduating college, true, many companies and jobs may no longer be around next year. But the world will still be there, next year and in 2021 and in 2025 and beyond; there will be jobs and careers for you to build. They will not look “normal” and the path will be winding but it always is.

Attending any of those schools or applying for and working in any of those jobs next year is going to be different from doing so this year. How? I have no idea, and neither does anyone else on the planet. What can you do? Keep on going. Make a plan. Adapt it as circumstances dictate. There is literally no other option.

My career field will be there next year. I can try this transition again next year. It sucks, and it’s not what I wanted, and everything is hard (although I did finally find some tissues), and sometimes I just want to scream, and sometimes I give in to that urge and do scream, but I keep moving forward. 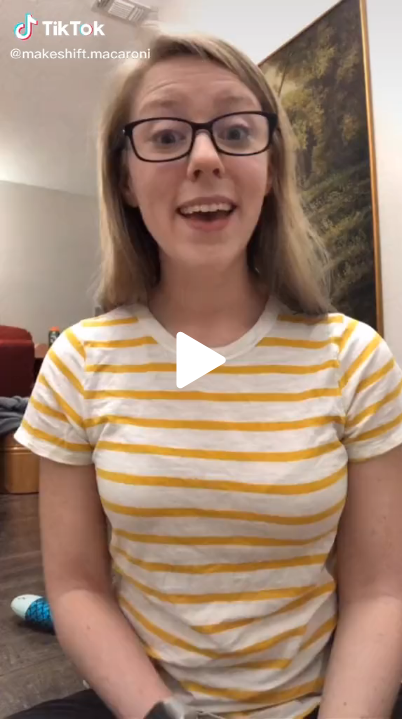 Earlier this month I caught some of the Commencement webcast and I was heartbroken thinking about the Class of 2020 missing out on the in-person experience. MIT isn’t a very sentimental place and it usually doesn’t go in much for tradition, but personally, I have to say that capping 4 years of IHTFP by walking into Killian Court in a cap and gown while a song literally titled “Pomp and Circumstance” played was one of the most satis-bleeping-fying moments of my life.

When the names of the graduates scrolled across the screen to a long shot of the Infinite, I cried.

Lately, I cry … let’s call it a medium amount. Maybe you do too.

Sometimes the crying could more accurately be described as a meltdown. There were quite a few of those back in early April. At one point I crawled into bed at about 4:30 PM and pulled the covers over my head to sob into the little cocoon it formed. My husband, in a well-intentioned effort to comfort me, sat down next to the bed and asked what I needed. I said, “To go to sleep and wake up in a year. I can’t deal with all this. I am completely, totally, utterly out of ideas.” 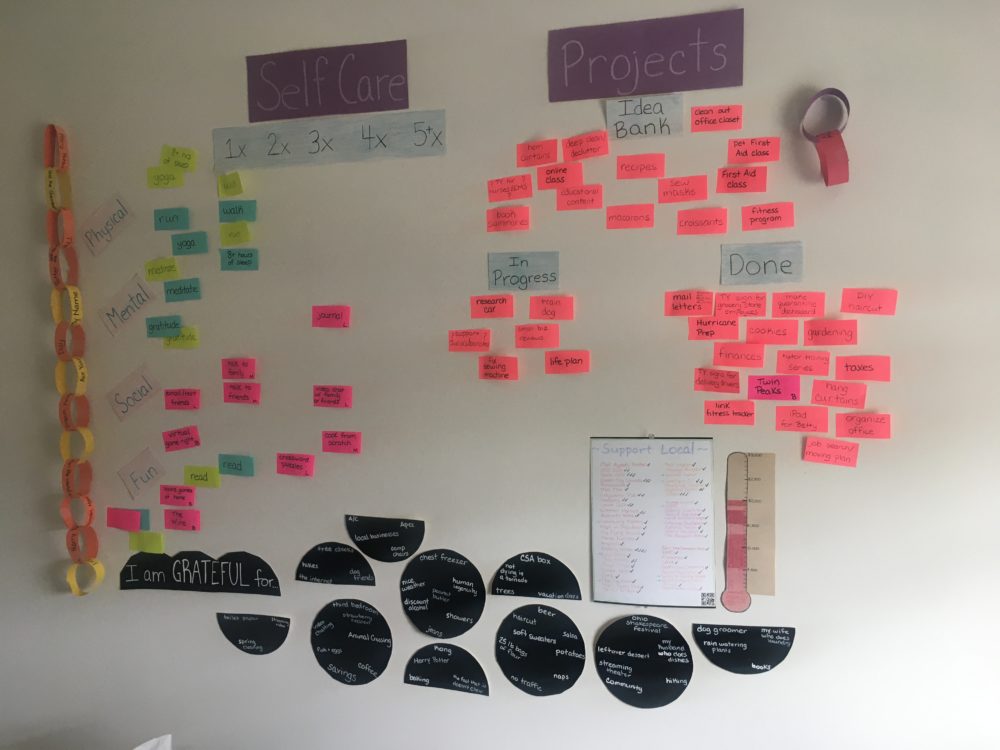 The quarantine dashboard in all its multicolored glory.

The ideas keep coming, and I keep trying them, and a lot of them fail, and then after some number of them have failed and my anger and disappointment and resentment at the universe has built up to critical mass I cry and scream into my pillow and melodramatically whine to my husband that I give up and I’m out of ideas and please just wake me up in 2021.

I’m not a big poetry fan, but there is one short poem I encountered years ago that expressed in the most chilling clarity the hideous, intoxicating pull of drowning oneself in bitterness. It’s called “In the Desert” by Stephen Crane.

I saw a creature, naked, bestial,

Who, squatting upon the ground,

Held his heart in his hands,

And ate of it.

“It is bitter – bitter,” he answered;

“Because it is bitter,

“And because it is my heart.”

Have you ever read about the ordinary citizen heroes of extraordinary moments in history, like young people who joined Resistance organizations in WWII, or average people who sacrificed their own comfort to keep their neighbors from starving during a famine, and idly wondered if you would have the inner strength to maintain hope and fight for the good in life and humanity in the face of such a bleak and overwhelming situation?

You are about to learn the answer to that question.

You can choose to be angry at your missed opportunities and fearful of the future and resentful and suspicious of your friends and neighbors and bitter about all the things that have been ruined for you.

Or you can give yourself the space you need to work through those feelings (personally I seem to be averaging at least one full day per week where I am just a useless blob of uncontrollable emotion), and then you can rise to the occasion. You can plan for a full and vibrant future in which you and your community are stronger than before. You can bring people together with your ideas and hard work.

By the way, this isn’t some wiser-than-thou advice being handed down from a sage master. I am living this right along with you. I am in a constant battle to refrain from eating my own heart. Some days I win. Some days I lose.

But if I had to summarize the entirety of my MIT experience in one sentence, it would be:

I learned how to keep going.

That doesn’t sound like much (and frankly it’s sort of an alarming reflection of the quality of MIT student life), but damn if it isn’t coming in handy now.

In the spring of 2039, when the world is facing some future unknowable crisis (Aliens? A rip in the fabric of spacetime like that show Flashforward? The premiere of the 39th season of Survivor?), you will be about the age I am now, which, bedtime jokes notwithstanding, is really not that old. You will be in the prime of your life. And you will try, perhaps in vain, to convince the whippersnappers of the day that the world will persevere. You will tell young adults on the cusp of entering college or their adult lives that once, back before they were even born, the world faced a terrifying pandemic, when it seemed like everything was the worst and it was hard to just get out of bed in the morning, but that humanity got through it because here we are now, in 2039, with our hovercars and vibrant musical scene based on vuvuzelas. They will shrug and roll their eyes and say, “Ok, Gen-Zer.”

But you will just keep going, and show them how it’s done.