one small step for boy, one large step for nerdkind

My friend Stephan’13 exploded into Internet fame over the holidays after he built a motorized, self-balancing unicycle that a slew of tech aggregators instantly pounced on and reblogged. His own blog (incidentally, a good read for the amateur type theorist or functional programming geek) does a pretty thorough job technically documenting the project, but you guys probably want to hear more about the man on the machine.

Normally, I like to write rags-to-riches posts in which students struggle through weeks of continuous all-nighters to emerge baggy-eyed but victorious on the turf of knowledge, or begin life as blindly wandering, major-less frosh and rise over four years of undergraduatehood to become masters of their domains. Stephan, on the other hand, has indubitably been an EECS badass since his graduation from the womb. When he Facebook friended me as a prefrosh, mistaking me for another 2013, I was ready to cruelly reject him as I do all strange Facebook friend requests, but he seemed nice and had some thought-provoking statuses about compilers, so I let him live.

Then, I rushed him during orientation and found out that he had written a rendering engine — three years before I took my first computer graphics class here. Currently, he’s building his own functional programming language (because the myriad others didn’t completely satisfy his ideal vision, of course), working part-time for two startups, and UROPing with CSAIL to help develop a high-performance scientific computing language.

And of course, there’s his unicycle, which he now uses to travel to work and all around campus. The frame is welded from scrap he found in his ex-UROP lab. One painstaking session of hand-soldering SMDs (really teeny-tiny electronic components), an electric scooter motor, a gyro and accelerometer, and some kinematics equations later, he had a jittery but working unicycle, which he iterated into the glorious conveyance you see today. 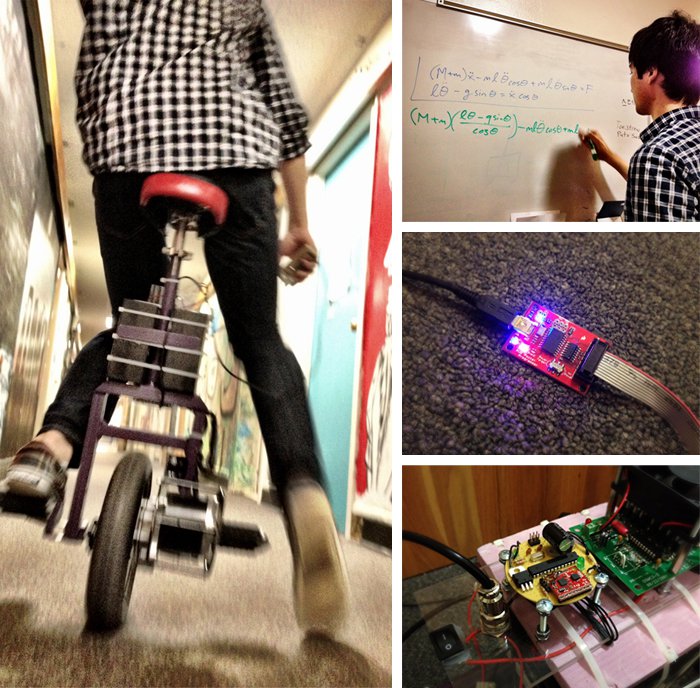 The Discovery Channel brought a camera crew out to Stata to interview him today! I stuck around because I was configuring a web server and didn’t feel like moving, and in passively routing people around the filming area to the elevators, I unintentionally and for a few brief seconds impeded the ambulatory progress of David Karger, resident god of algorithms. 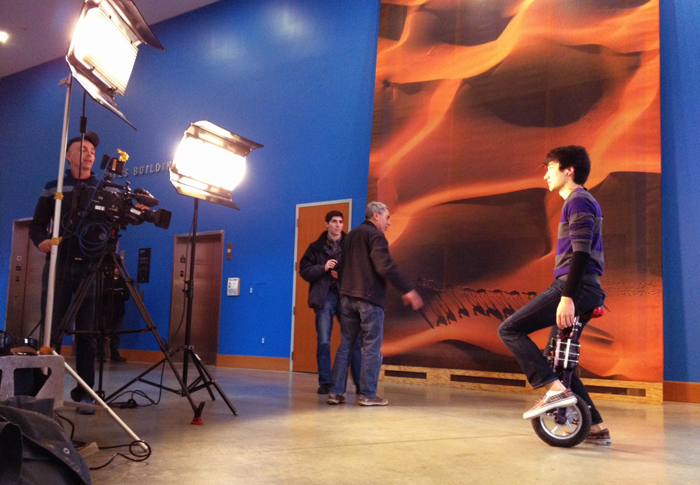 Alas, such is life at MIT — all of us caught up in such dense torrents of nerditude that we can’t help but collide with luminous points of prolific brilliance everywhere we turn on our homemade electric unicycles.

13 responses to “One Wheel To Rule Them All”