Oodles Of Doodles by Elizabeth C. '13

Kids ’round these parts are back at school today – I dropped my brother off at school this morning, meaning I woke up at 7:15 (the horror!). The house is empty and I have a cold so that means it is the perfect time… TO BLOG. In honor of “Whoa 2010, way to peace out so fast like that” here are some doodles from last semester that I never got around to posting.

From 6.00 (Introduction to Programming), taught by the epic Prof. John Guttag:
Turns out I still loved the class even at the end of the semester, even when I was spending 10-15 (count ’em 10-15!) hours on p-sets (I am a n00b. But still!). The professor was super – so super. I have to admit, though, that class lectures focused more on conceptual things and “thinking like a programmer,” which – while interesting – weren’t as helpful when it came to doing p-sets. Luckily I had a really good recitation instructor who focused more on the practical stuff (syntax, example programs, etc.). Plus, every time I went to class, I always sang “Guttag was a man, he was a programming man, or maybe he was just a program, but he was still GUTTAAGGGG!” to myself, a la Strongbad/Homestarrunner (is that still a popular thing? Am I just embarrassing myself at this point?)… ANYWAY – to the drawings!

Since the last time I checked in…

We learned about hashing, and how it’s a trade-off of space and time (meaning that you can make things run faster if you just take up a little more “space” in your program): 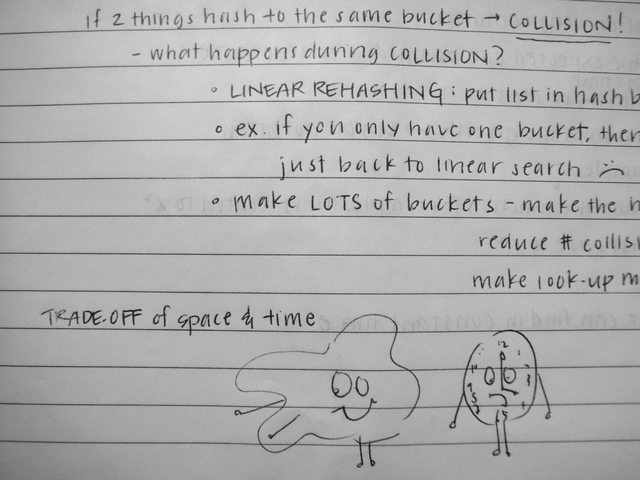 Then we did this: 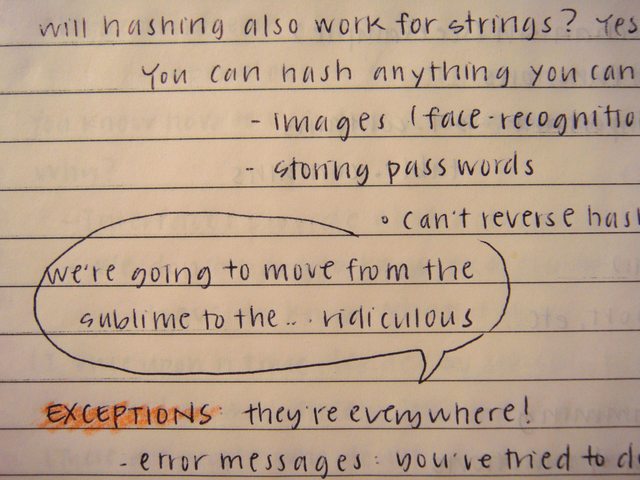 (Side note: Prof. Guttag was one of the most amusing teachers I’ve ever had. Ever.)

Then we learned about simulations, randomness and statistics: 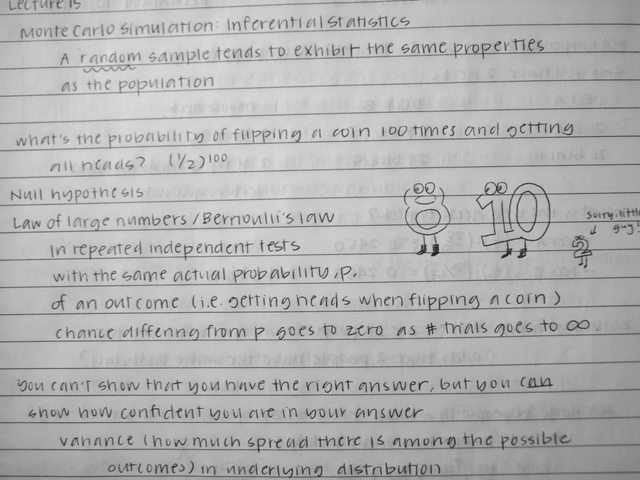 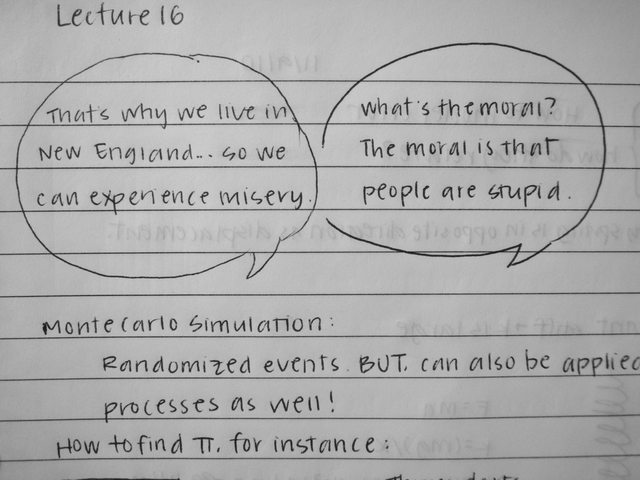 We spent a whole class learning about simulating stochastic processes using the example of a drunk student stumbling around in an open field (our p-set for that week was simulating Roomba robot vacuums and it was a pain in the rear): 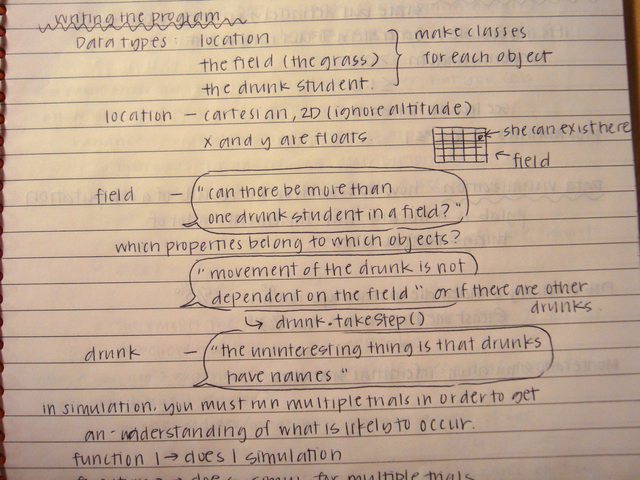 7.03 (Genetics):
You all have heard enough about this class. It was the bomb-dot-com.
Fun story, though: 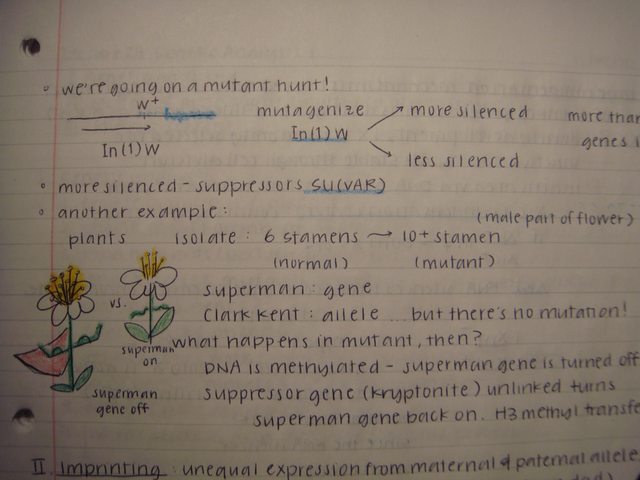 This was from when we were learning about weird gene silencing. In normal flowers, there are about 6 stamen (the yellow pokey parts). Researchers found mutants that had a ton of stamen, and since the stamen are the male parts, they named the gene that controlled stamen regulation the “Superman” gene. They decided that the normal allele was going to be called “Clark Kent,” but when they checked the Clark Kent allele of the mutant, they saw that there was no mutation! What was going on, then? They realized that when the DNA becomes methylated, the Superman gene is turned off, leading to the mutant flowers. When Superman is on, the flowers are normal, when it’s off, the flowers are mutants (I know, it’s backwards, but I guess they didn’t realize it’d be like that until they found out what was really going on in the mutants). Then they found a suppressor gene that could turn the Superman gene back on (turn the mutants back to normal flowers), so they named that gene “Kryptonite.” How nerdtastic is that?

Oh, and this was from my last video: 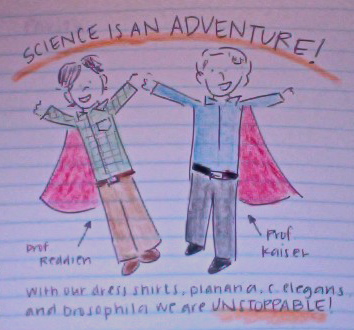 Happy second semester, everyone! Good luck with applications if you’ve still got them (but hey, at least your MIT one is done)!

8 responses to “Oodles Of Doodles”