with a snowman and a snow dalek

My dorm, the 117-year-old Random Hall, is identical to the older buildings lining Newbury Street two miles away in Boston. Much of campus, including the Great Dome and Lobby 7, was built in the early 1900s in the Beaux-Arts style, characterized by large windows, large staircases, and large open lobbies separated from the classrooms and offices. These are interspersed with modern buildings like the Brain and Cognitive Sciences Center, with its huge glass atrium, and the famous contemporary Simmons Hall (waffle) and Stata Center (four-layer, four-flavor ice cream cake, complete with windows and ice cream cones).

People have mixed feelings about MIT’s campus, especially Stata. I personally love the dissonance in the architectural styles, the atmosphere of cumulative, continuing history it creates, and the view of the river. There’s romance in losing sleep and body heat to the lonely 3 am campus, soaking up the light reflecting off the snow and clouds and feeling alone with yourself and the footsteps you’re walking in.

I spent a few evenings last summer and this winter so far photographing campus and the Charles River to show you what I see. All of these are panorama photos stitched together using Hugin and edited with Gimp (both free), and all are clickable for a larger view.

The first snow of the season on the Charles River this past Monday night. The view is of Boston from Memorial Drive, directly across the street from Killian Court. 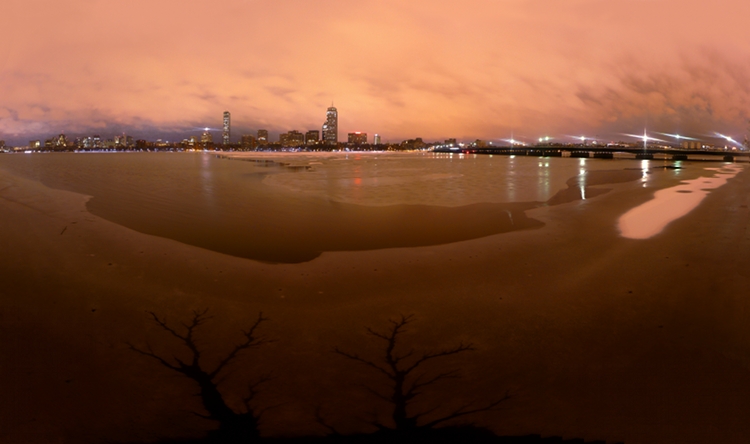 Views of the Stata Center from the street (top left) and from the courtyard (bottom). The Parsons Laboratory, the Whitehead Institute, and the Koch Institute from the same courtyard (top right). 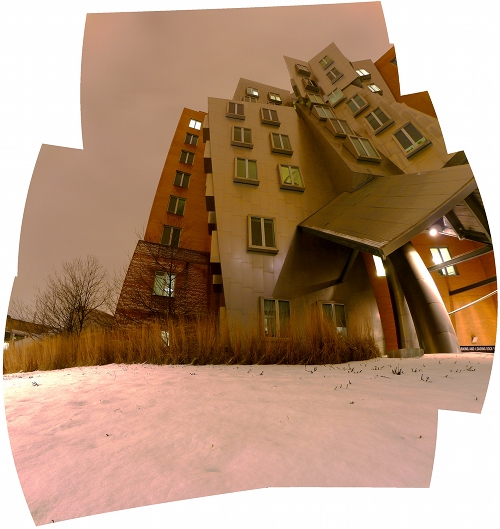 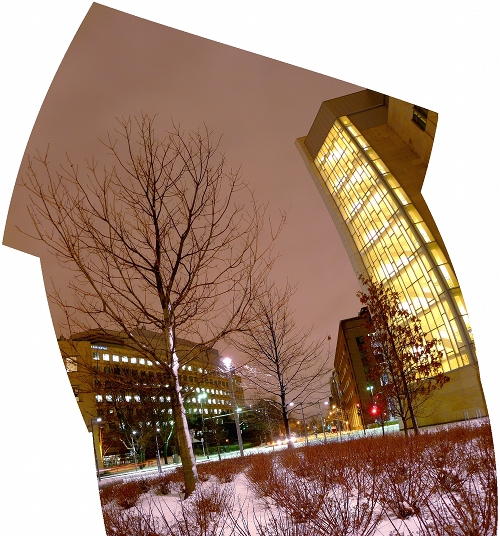 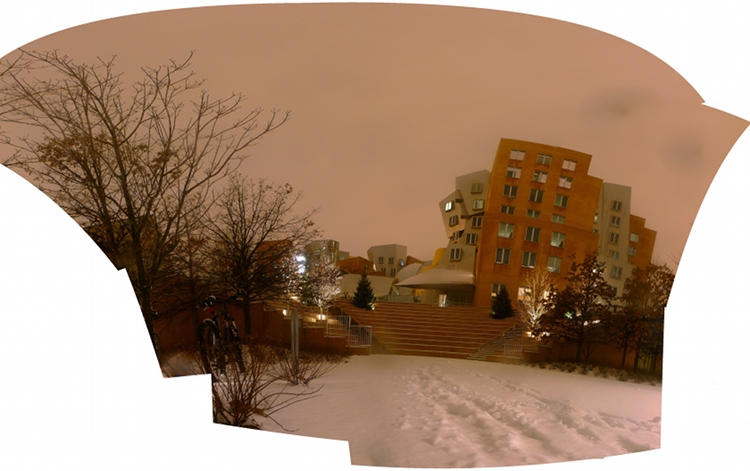 Killian Court and the Great Dome, this past Monday night on the left and this past summer on the right. Zooming in reveals a snowman and a snow dalek in front of the Great Dome in the winter version. 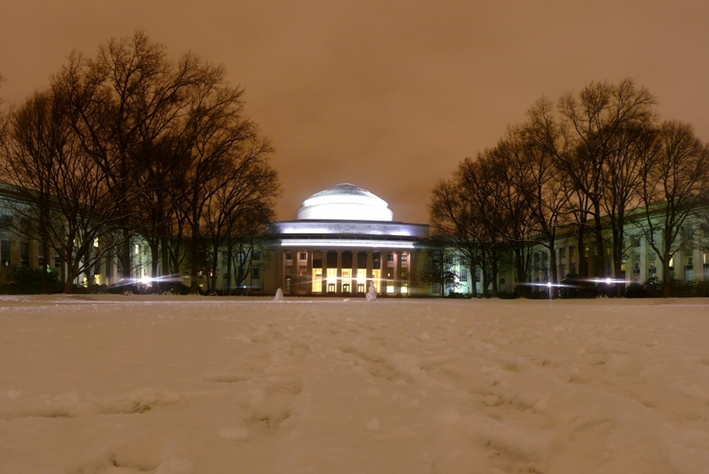 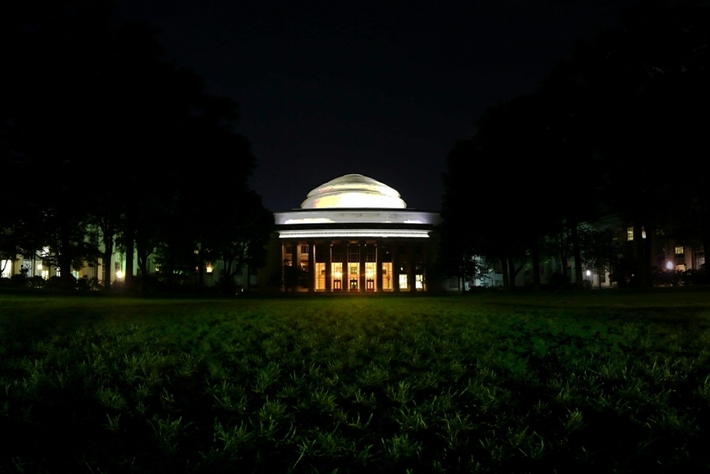 The Charles River from the Harvard Bridge during a thunderstorm this past summer. My first glimpse of the Charles River was through a downpour, when I was temped in MacGregor for CPW. The walk to campus was miserable: cold air and colder rain and enough wind to annihilate my umbrella and propel the rain through my jacket. It was a complete misrepresentation of Boston weather. I actually have yet to re-experience that level of wretchedness since coming here as a student.

In this image Boston is on the right and MIT is on the other side of the river on the left. You can see the Green Building, the tallest building in MIT and in Cambridge, with a spherical white weather machine radome on its roof.

Sunset over the Charles River from the Harvard Bridge this past Saturday, on the evening of the Old New Year’s Day. The entrance to Killian Court is visible to the left of the Green Building.

The Charles River at sunset this past summer.

Another sunset over the Charles River, this time from MIT. Only Boston is visible, with the Harvard Bridge on the right. 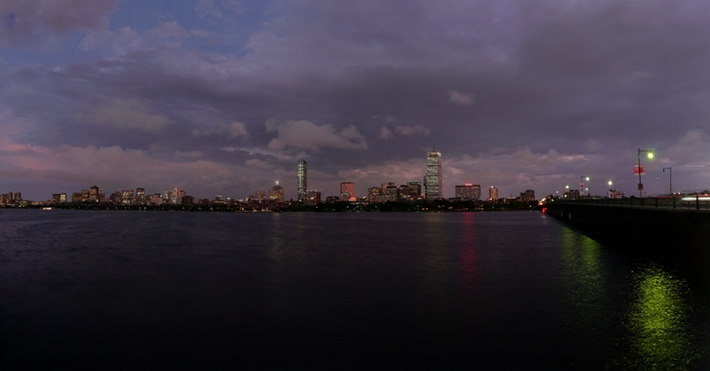 Boston and the Charles River at night. 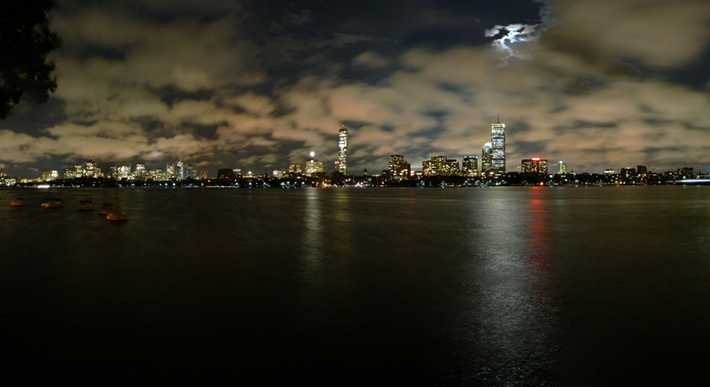 18 responses to “Views of Campus, the Charles River, and the First Snow”