Weird and/or neat things I saw around campus this week, brought to you through the unsatisfying yet convenient medium of cell phone pictures:

As I was leaving East Campus for class, a squirrel with a full, lustrous, white beard waddled across my path and stared me down for a full minute. Either the ounce of fluff in its jaws was somehow dulling its survival instincts, or it was wondering if I was made of the same material. I didn’t stick around to find out.

Upon reaching said class, our teacher entrusted us to level set and record using a massive set of equipment.

While walking home from the student center, I saw a strange glow emanating from Lobby 7, as if the bridge of Khazad-dûm had been bathed in the flames of a purple Balrog. It was actually just a hack. 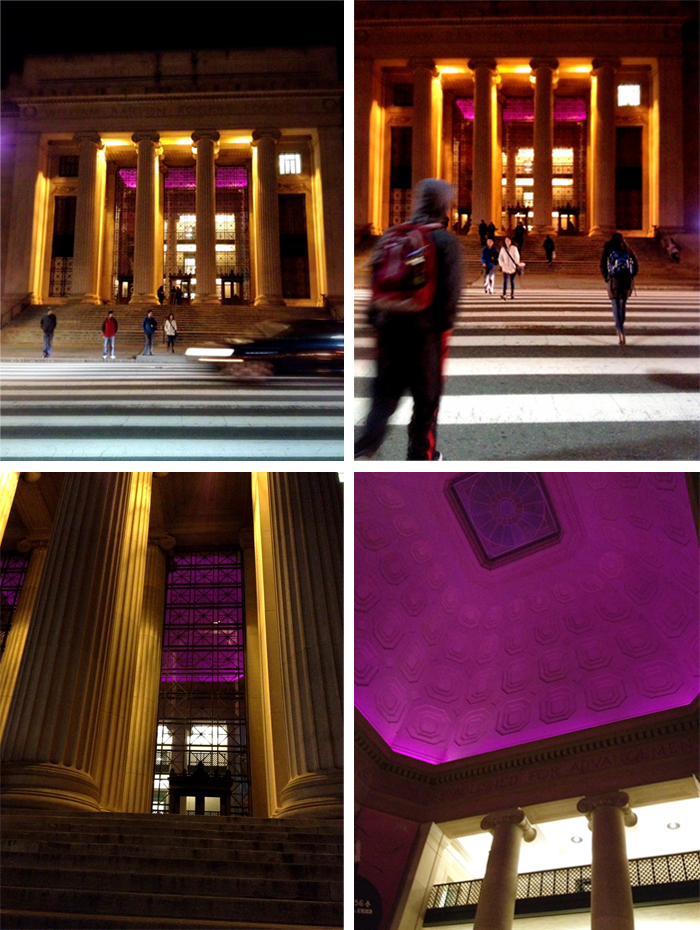 As previously mentioned, I’m doing my thesis with the Media Lab, an extraordinarily spacious and light-filled building constructed using the maximum percentage of glass that the city of Cambridge could legally allow. 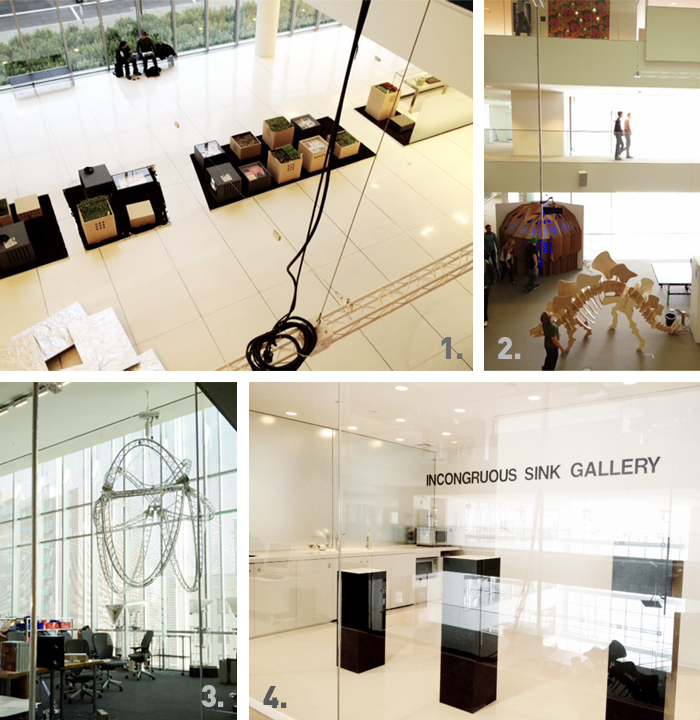 My defeated thesis proposal about to be turned in. 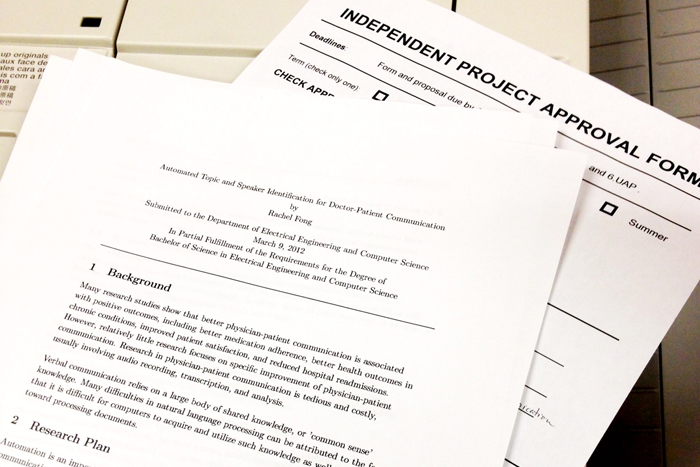 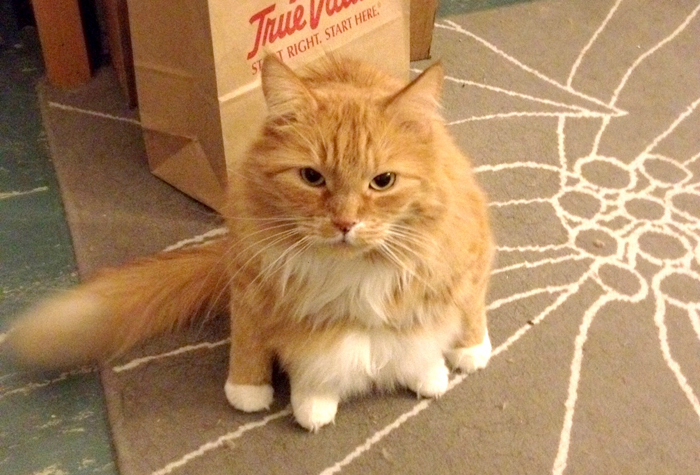 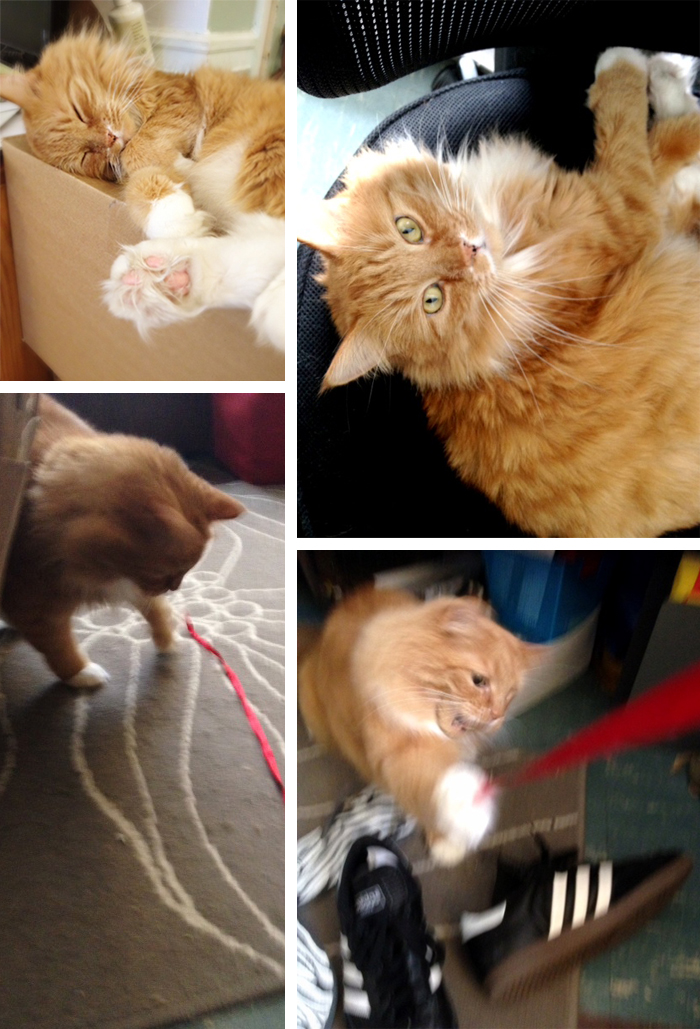 I’m in a cooking group on my hall dedicated to meat. I also think I have a food addiction; I just want to eat multiple meals every day. Here are some snaps of this week’s foodstuff preparation. 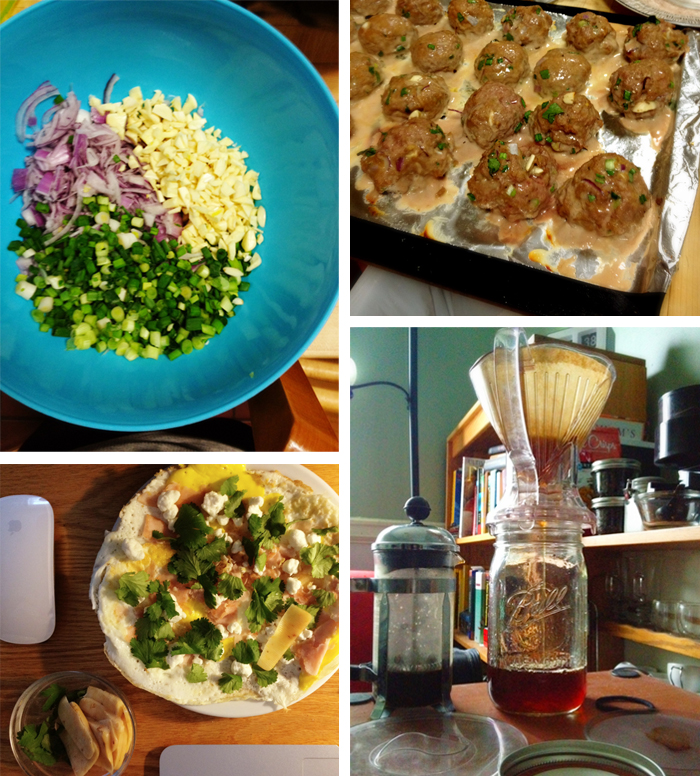 Sometimes, MIT isn’t all as terrible as they say. 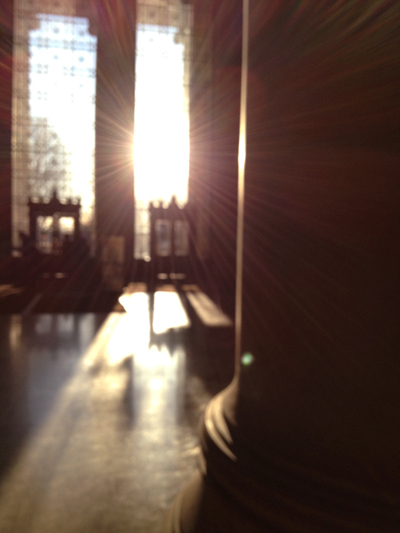