And, of course, the Pi Song:

And actually, if you play both of these videos at the same time, you get an interesting little meta-mashup. (Love you, YouTube Doubler!)

One of my colleagues also made an apple pie for the office today and I was going to take a picture of it, but by the time I remembered, it was all gone. Instead, I give you a transcript of the email that was sent this morning:

There is delicious apple pie made by Jamilla in the fridge! Please come have a piece!

Courtesy of my colleague Ingrid:

Today, for Pi Day, Kris brought in a chocolate cream pie, which was quickly consumed (but at least I got some pictures this time!) 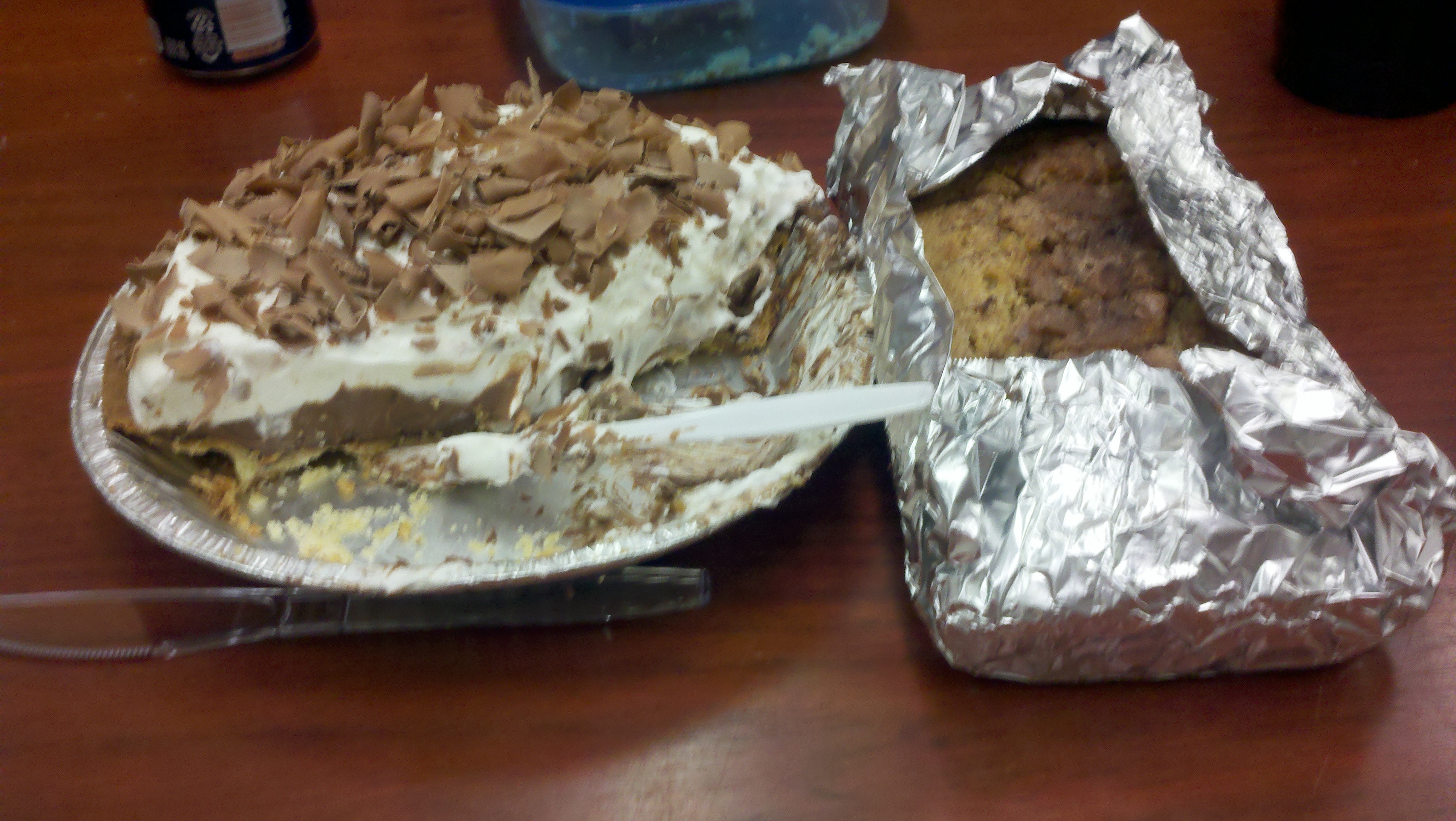 (To the right of the half-eaten pie you’ll also see some homemade Amish friendship bread that Matt brought in, too!)

Here is a picturesque slice cut by Kirsten (my attempt at cutting a piece was awful and too quickly consumed to have been photographed – NOM NOM NOM): 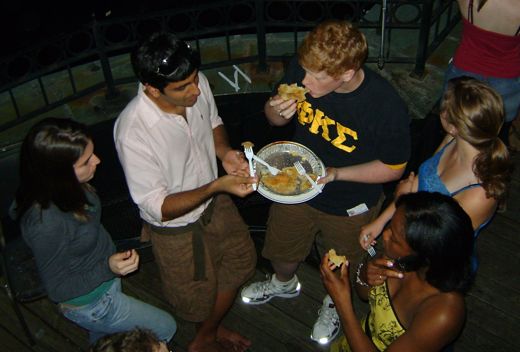 Hello! I'm Mikey Yang, one of the admissions officers, and (as indicated by the "'05" after my name) a proud member of the MIT Class of 2005. My story of how I came to be at MIT is an interesting one - MIT was actually my last choice when I was looking at colleges. In fact, my parents forced…
Keep Reading