Everything you ever needed to know about me

Hello! I don’t think we’ve met. I’m the girl who rollerblades everywhere. You might have seen me if you walk down the Infinite at the right time of day. My name is Lydia. We have a lot to catch up on.

I was born in Moscow on March 12, 1992, into a demographic hole created by World War II and deepened by the collapse of the Soviet Union. Russia’s financial shakiness was magnified in my family by my parents’ youth and profession (blossoming scientists—specifically, underpaid grad students). My dad’s night job as a taxi driver, combined with my parents’ negligible salaries and some help from the government, was just enough to buy half a gallon of milk every morning.

I am well known among family for ripping off and eating half the wallpaper in my room as a four-month-old. At five months I poured kefir (fermented milk) into my potty and rofled for the first time. Here’s me with a bucket: 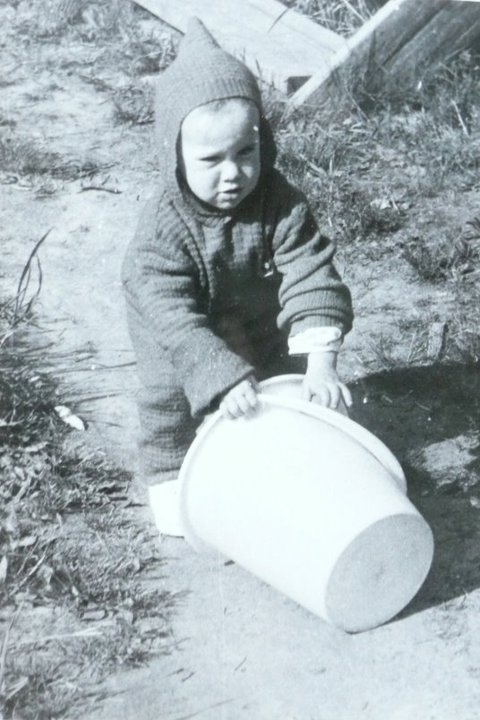 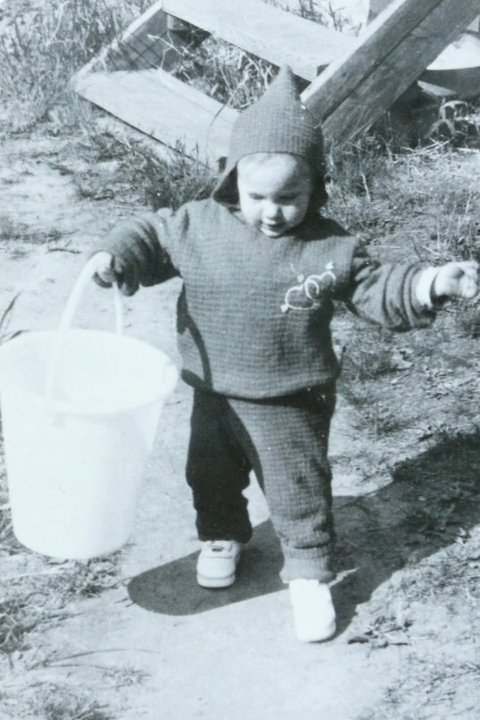 We finally moved to Chicago in 1996, when I was almost four. Most of the stories from that time revolve around me trying to learn English. Before I started preschool, my well-intentioned dad taught me how to say “stop it” to arm me against bullies. Unfortunately I picked up my dad’s Russian accent and warped “stop it” into something that sounded more like “stupid.” My teachers soon called my parents in for a conference, horrified that the new girl who said no other English words was calling everyone stupid.

I got in trouble a second time for telling my teacher to go to hell when she told me not to stand on the slide. Apparently I was trying to tell her she wasn’t invited to my house, but the jumble of Russian-English that came out just happened to sound like “go to hell.” It was an accident. Pinky swear.

At that point my parents stopped trying to teach me English. We discovered a VHS (remember those?) store down the street and I started learning in phrases from Disney movies. One of my favorite stories from back then is a conversation with a nice man on the elevator—

Finally, as he left the elevator, I muttered an entire phrase at his back: “Suspicious snake.” (Brownie points if you can identify the Disney movie I got that from.)

The rest of childhood is probably less interesting. I went to Andrew Jackson Language Academy for elementary school. I got better at English and learned how to read and write in Russian. After school I went to an archetypal after-school day camp.

I strongly disliked day camp. Everyone yelled all the time and I wanted to sit quietly and read. A turning point came when I was accused of eating an unaccounted-for slice of pizza. The counselors set me aside so other kids wouldn’t yell at me, but I misunderstood it as a time out. It was particularly upsetting because I was hungry.

That evening I said I’d never go back. My absolutely amazing mom found other places for me to be for the three or four hours when school was over and work wasn’t. Every day after school she drove me to ballet or art class or karate or figure skating or gymnastics or piano or swimming or tennis. I ate lunch in the car and did homework and read while I waited for her to finish work for the evening. In fourth grade she signed me up for a free class at El Valor, a nonprofit community outreach and head start program, and I learned some HTML and web design. In seventh grade I got into Whitney M. Young Magnet High School’s Academic Center program and started programming in Java and C++.

The summer before eighth grade we moved to State College, Pennsylvania, a small city surrounding Penn State and surrounded by farms and forest. My extracurriculars shifted to Science Olympiad and canoeing and kayaking. The learning enrichment department bussed me to the high school for biology, and then continued accommodating my strange academic interests when I actually got to high school. I consistently took more classes than I could actually handle, culminating in a self-study AP stint in eleventh grade.

I ended up without enough interesting classes to fill my senior year. I considered dual enrollment at Penn State, but since both my parents are professors it turned out to be a better idea financially to leave high school and go to college full time as an early enrollment student. Because Penn State accepted most of my AP credits I was able to explore biology, computer science, and writing classes beyond the freshman level. Most importantly I started studying sex chromosome evolution through a lab internship at Dr. Makova’s lab, where I discovered that computational biology nicely melded my interests. In the fall I applied to MIT as a freshman.

—which brings us closer to the now. I decided I wanted to go to MIT partway through seventh grade, when I noticed that disproportionally many of my favorite things in Popular Science happen here. Somewhere along the line I abandoned Popular Science for Technology Review. The admissions blogs were my Firefox homepage for most of the five years before I finally applied. Needless to say it’s exciting to be here.

I live in Random Hall, MIT’s smallest dorm. I am majoring in 6-7 (computer science and molecular biology) and 21W (science writing). I spend as much time as I can studying sex chromosomes at my awesome UROP at the Page lab, and some of the rest volunteering as a brother in APO, MIT’s coed service fraternity.

I’m excited to experience the journey of applying from another (your) side. Please comment, email (lidusha[at]mit[dot]edu), talk to me. It’s not so long since I was in your shoes. I would love to vicariously wear them again.