Procrastination in the Time of Corona by Nisha D. '21

It’s been about ten days since I came home from MIT after the great COVID-19 ensued. A lot of people have been saying this, but this week has felt like the longest week ever. I think it’s mostly because we’ve been stripped of our work, activities, friends, and most of the things that keep us occupied during a regular MIT day. Or, it’s just what Petey said here:

Like most of MIT, I’ve found myself with an abundance of free time and loneliness. While I generally try not to literally do nothing when I find myself with more free time than I expected, it’s been hard to continually motivate myself to finish my outstanding psets and get ahead on work. And I’m one of the lucky ones – I’m at my parents’ house being well taken care of, well fed, and well Internet-ed.

I think it’s okay to feel unmotivated right now, though. The world is an exhausting place to live in at the moment, and the stress of even just looking at the news every day really takes a lot out of you.

So here’s some of the other things that I’ve been filling my time with that aren’t my psets, but are still various levels of what society would deem “productive”. 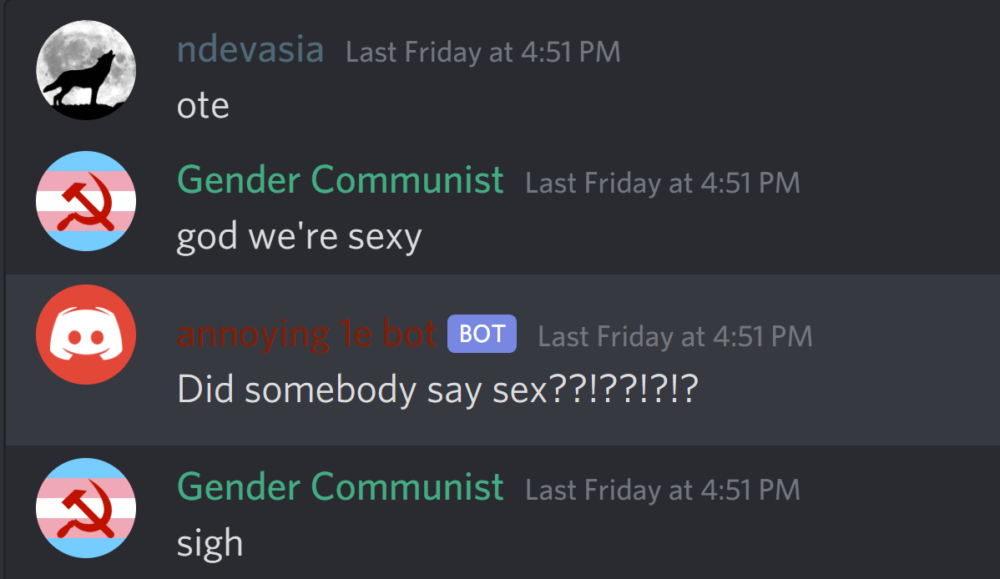 it triggers every time somebody says anything with the substring ‘sex’