Remember, Remember the Fifth of November by Paul B. '11

Celebrating Guy Fawkes Day as only MIT can.

Just over 400 years ago, a group of Englishmen attempted to blow up the Houses of Parliament on November 5, 1605. Though their plot was foiled at the twelfth hour, the conspirators nonetheless secured a place in the history of England, largely thanks to the catchy verses that were written to vilify them. To this very day, much of the United Kingdom celebrates “Guy Fawkes Night” on November 5 by building bonfires, lighting fireworks, and devouring a variety of delectable treats.

Here at MIT, a few of our number decided to celebrate Guy Fawkes Day in a uniquely Institute fashion – with a hack! Late last night, I received a mysterious email from someone who identified him or herself only as “V” – influenced, no doubt, by the recent blockbuster movie V for Vendetta. The email contained a number of pictures, which I am more than happy to pass on to you.

As students and visitors entered the Infinite, particularly astute observers might have noticed that a few things were amiss… 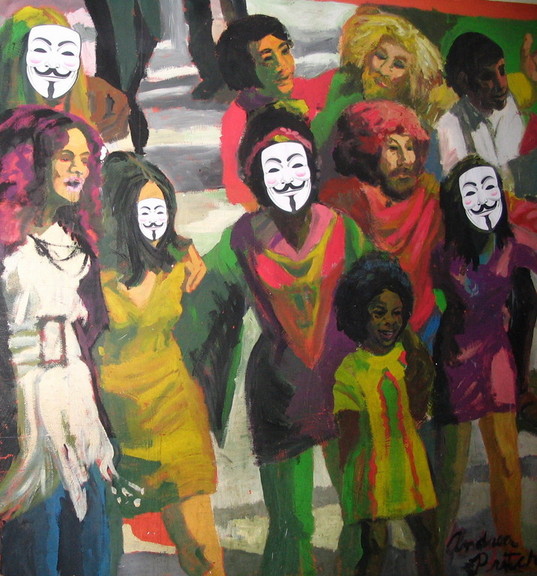 In fact, Guy Fawkes masks were everywhere in the Infinite! 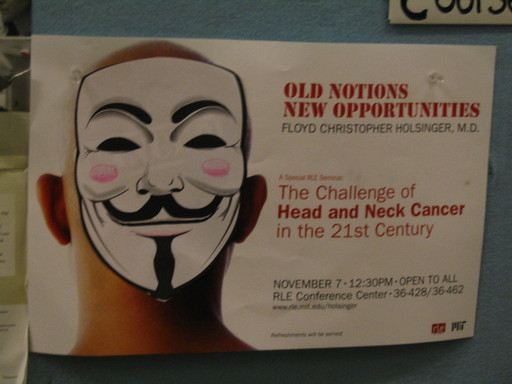 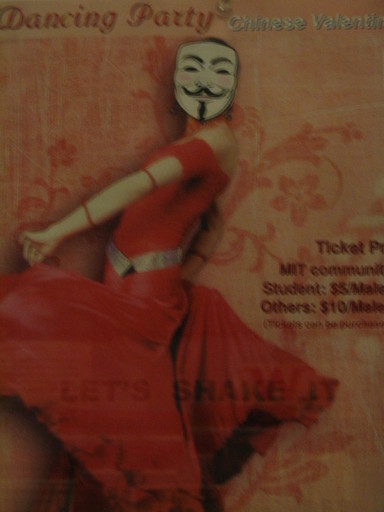 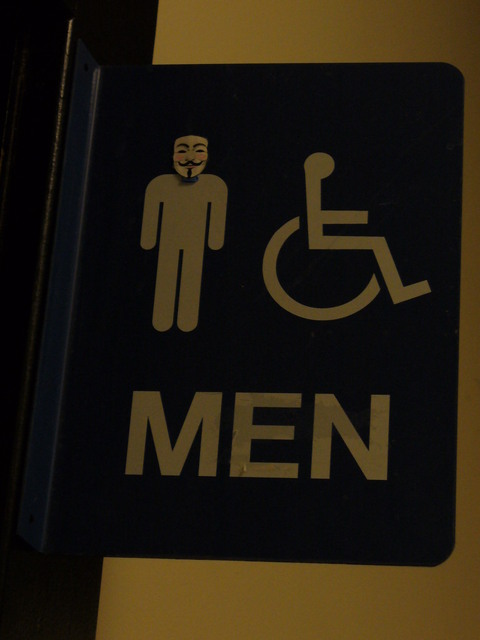 This is one of my favorites – looks like Guy Fawkes has a UROP! 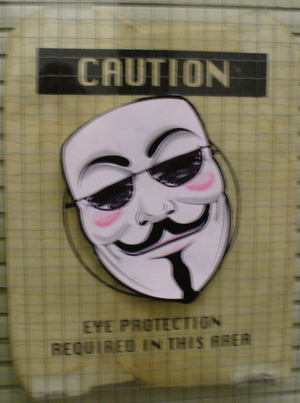 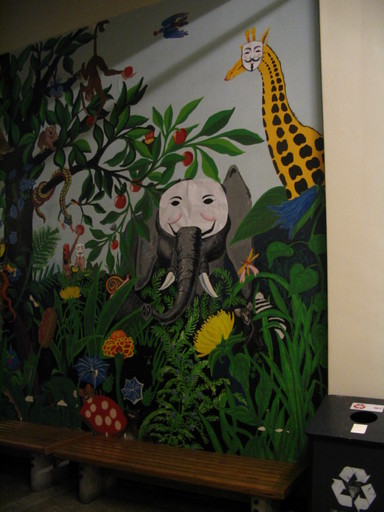 It’s B for Vendetta! 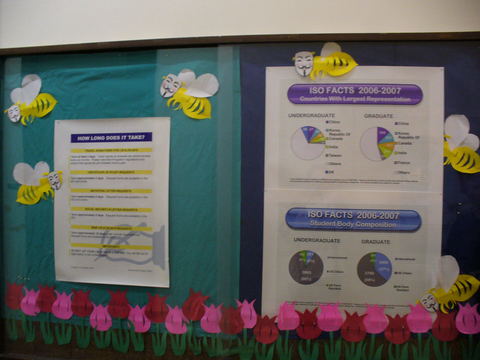 A rather impressive sight in Lobby 10. 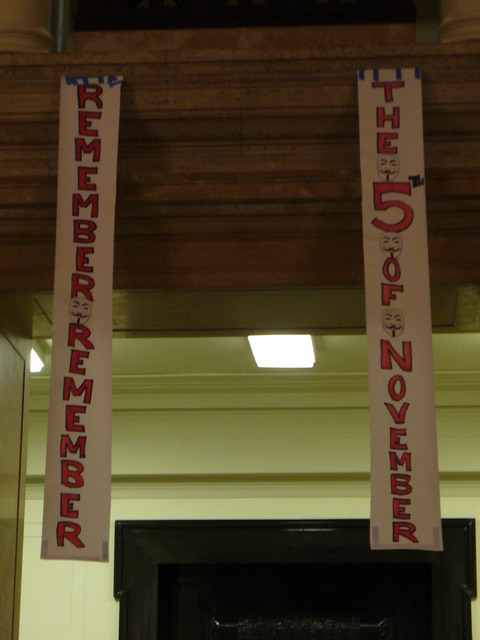 Hackers even made some mischief in the Student Center. 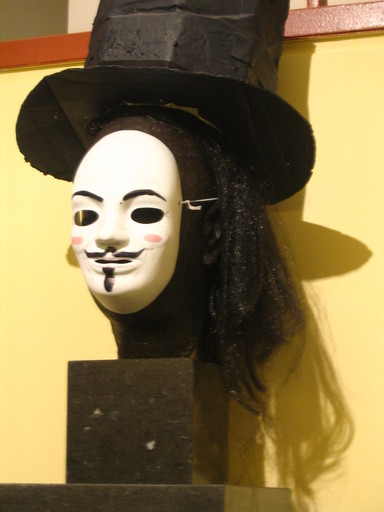 Some alterations to the reliefs near 6-120, one of the larger lecture halls here. 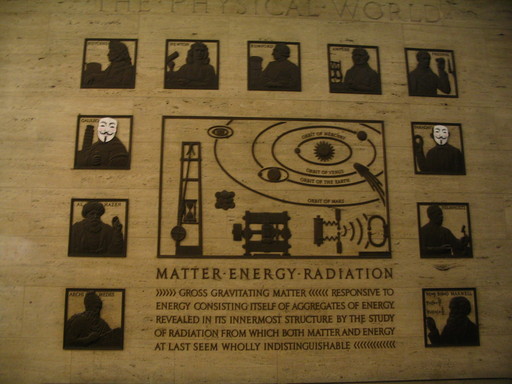 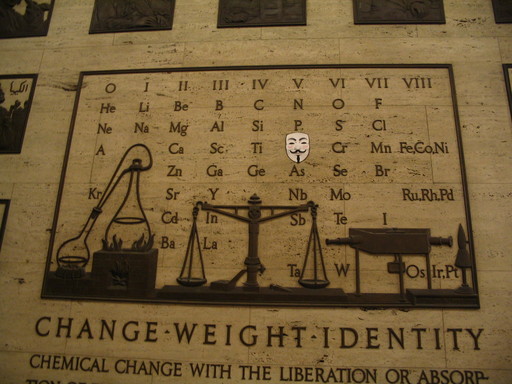 Generations of students have rubbed George Eastman’s nose to a bright yellow sheen. Apparently the same is true when George masquerades as Guy Fawkes. 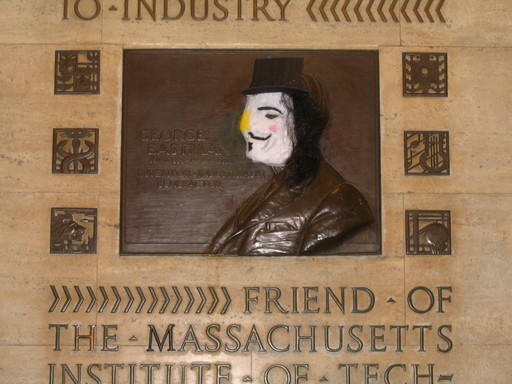 In the Stata Center, even the famous Hilltop Steak House cow was taking part in the celebration! 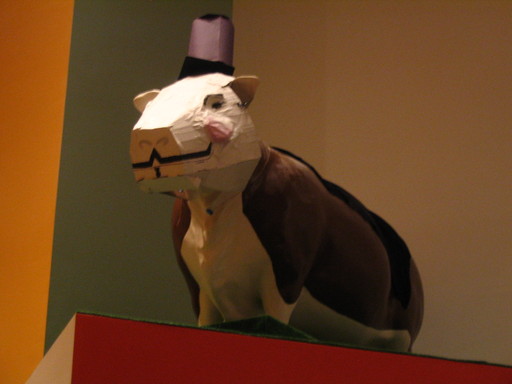 While those are all the photos I have for now, this hack was much more widespread than these few photos can hope to illustrate. I’ll be taking more photos throughout the day, and naturally I’ll add them to this entry at the first opportunity. Until then, I leave you with a humble verse, my attempt to “hack” the original children’s rhyme – with a suggestion from my friend “Alioth.”

Remember, remember the Fifth of November,
The gunpowder mischief and hack.
I know of no reason why paper-mask treason
Should ever fade to black.

We hackers, we hackers, ’tis our dream
To surprise and excite with secret schemes.
An infinity of masks we’ve hidden around
To amuse, to amaze, and hopefully astound.

23 responses to “Remember, Remember the Fifth of November”