With a title like that, it has to be good!

On May 18th I wrote a blog entry called “Ring Committee” which was about as popular as anything else I write amongst a prefrosh audience but went over like a bag of rocks with the MIT administration. Long story short, I removed the entry, but I think it’s time to explain why. Why was this the first (or second?) entry that’s ever had to be removed from the MIT blogs? Here’s the official Ben Jones reason:

I asked Snively to remove it until we’d had a chance to talk about it, and he graciously agreed to do so. The problem with the post was that it was undoubtedly going to become a heated debate between current students and other current students, and wasn’t really going to serve prospective students, the target audience of this site. I support Snively 100% in wanting to have that discussion, but I just don’t think this is the place to do it, considering the mission of the Admissions blogs.

It’s something that needs to be worked out between current students and then translated to the web (whether positively or negatively), not something that needs to be worked out in real time on the Admissions site. It’s true that we encourage our bloggers to write about the negative along with the positive – it’s what gives us credibility. But allowing the blogs to become a full-on soapbox is a slippery slope, and one that we can’t go down.

People who don’t yet live/breathe/eat/sleep MIT and its culture don’t have all of the context/perspective needed to process some of what gets said.

My goal in writing that entry was a steroid-enhanced introduction to MIT politics and an impromptu demonstration of this awesome little MIT tradition known as a flame war. What better way to learn about something than to experience it? While I still hold to this “experience is the best route to understanding” philosophy, I guess you should probably experience MIT politics and flame wars once you get here and just have them explained in the meantime.

Topic One: MIT Politics
MIT is very student run in everything from dorm life, clubs and activities, rush, REX, and CPW activities, the GAMIT, campus tours, and much much much more. We even have our own senate. Since students have so much say as to what goes on, it’s important that everybody knows what’s going on. If somebody wants to get something changed, it’s actually possible, so it’s up to all of the other students to keep everything in check.

In the case of the Ring Committee fiasco, there was a campus-wide uproar when Ring Committee was announced. E-mail at MIT lit up that day and it was hard to walk outside without hearing the word “ring” at least once. This is why I blogged it, because it was what was currently happening at MIT, and I like to blog what’s going on at MIT. As a prefrosh I had no idea how political MIT was. As a freshman I’m constantly getting e-mails inviting me to discussions, meetings, asking me to sign petitions, fight for some cause, or complain about the administration in some form or fashion. Most of these get sent to dorm mailing lists.

Dorm mailing lists? Each dorm has a voluntary mailing list that allows members from the dorm to talk to each other about dorm stuff, be it asking for a cookie sheet or trying to figure out who dumped a bucket of water off the top floor that splashed into somebody’s room on the 2nd floor. As useful as these lists are, they can also be dangerous weapons, since people have figured out that they make excellent tools for getting your message out to hundreds of people. There’s no specific audience with these lists, it’s essentially like target shooting with a shotgun; if you blanket the entire target you may get somebody who’s interested. One group that has this figured out is the Society for Women Engineers. They’re pretty much guaranteed that half of the people who receive their e-mails (sent quite regularly to every dorm on campus) just don’t care. The guys have come up with several solutions to the constant female-only e-mails they’re receiving:

1)Complain loudly that there should be MIT-Male and MIT-Female lists
2)Show up to the SWE events and eat their food, claiming you were invited via e-mail
3)Create a Society for Male Engineers solely dedicated to out-spamming the SWE

Anywho, this little background into dorm mailing lists and their usefulness in propagating word of MIT political situations is a great segue into our next topic:

Topic Two: The Flame War
Alright, lesson numero uno of MIT – BCC, not CC! If you’re going to hit all of the dorm lists with something make sure you blind carbon copy it because then nobody knows if you actually blanketed everybody and can’t reply all. If you CC all of the dorm lists then all it takes is one Reply All and you’ve got a recipe for disaster.

On October 22nd 2006 an e-mail was sent to all of the dorm lists complaining that somebody had lost their sweatshirt with their fraternity pledge pin on it and wanted to know if anybody had found it. What erupted was one of the most epic things the MIT mail servers have ever seen.

MIT students don’t actually hate each other. We’re very cordial and friendly, honestly. But, we’re also tech geeks and the Internet is our domain. When somebody compromises the integrity of the Internet there is oftentimes some lashing out. When somebody feels it’s necessary to CC all the dorm lists people get a little annoyed at the lack of webiquette. To vent their annoyance they reply all and warn against anybody else spamming the dorm lists. This oftentimes brings out more reply alls, snowballing into a huge MIT mudslinging competition. In the case of the pledge pin the e-mails got so ridiculous that it almost destroyed the MIT mail servers. An e-mail sent from one laptop to a laptop sitting a foot away took 3 days to deliver during this spam war. How come? The e-mails started to get HUGE! People, angry for the sake of being angry, started copy pasting entire novels into the bodies of their e-mails. I know the Bible was on that flame war, along with Vlad the Impaler. Other novels and huge image attachments were present, resulting in an e-mail containing megabytes of text and dozens of megabytes of images. Sent to over two thousand students. Multiple times. Within five minutes. For several days. All through the MIT mail servers.

If something like this happens and you’re the root of it, well, no hard feelings because everybody enjoys a good flame war. In fact, once you get past the initial “everybody on campus might be angry at you” you may actually become famous for starting it. But don’t. Don’t start a flame war. If you do, the people at Bexley may have to make a YouTube video out of it.

Right, so that’s the skinny on the MIT Flame War: All in good fun and not actually as angsty as they appear. Shortly after my blog post about the Ring Committee issue, a Flame War ensued (one that almost played out live on the MIT blogs). While it didn’t crash the mail servers there were some entertaining bits and pieces of it, which I’ll share.

After going several dozen posts with some fairly respectable content, things started to degrade. Then somebody started one of the lines of their e-mail with this bit of code:

Uh-oh. A quick bit of translation, it basically says “pick a number between zero and five. Write NOM that many times in a row. Repeat five thousand times.”

In response to all of the OmNomNomNom somebody else titled their next e-mail as “50 Mudkip Post.”

Do you know what a Mudkip is? It’s this cute little Pokemon that looks hungry. 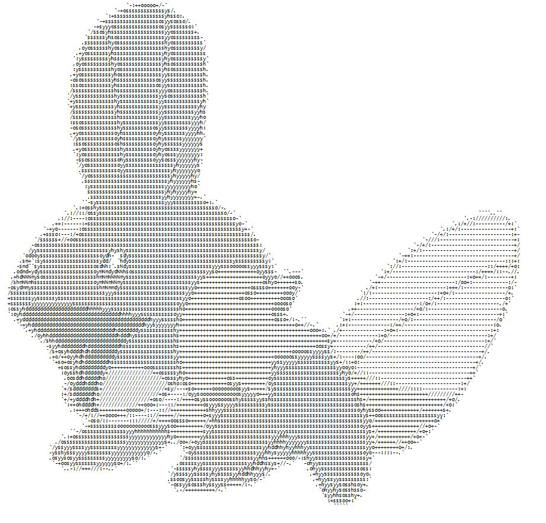 And this is what the actual e-mail thread looked like, complete with NOMNOMs and Mudkips.

Click at your own risk → PDF less than 1 Mb

The e-mail thread quickly took an interesting turn that will prevent me from posting anything else on here, but it ended up being over 100 messages long. All the more reason to want to go to MIT, so you can be immersed in the tradition that is the MIT flame war.

Also, did I mention that this was during finals? You know, that time we should have been studying? That time when everybody was mad at the world? Yeah, wonderful time to set off the MIT flame war bomb.

So, just to recap. My goal in writing the now-removed “Ring Committee” post was to immerse you in a real-life MIT politics experience. That was bad. Hopefully you now have a bit better understanding of how student-organized the politics at MIT are and why so many people choose to get involved. I also hope that you’ve been introduced to the MIT flame war and have learned that they can be quite entertaining. No, nobody means anything they say on a flame war. Yes, we really are nice people.

No, I’ll try not to get any of my posts removed from the blogs anymore. But hey, walking that line is a good thing, it keeps things real, you know?