I actually had no time to write this entry, which is why I cannot explain its existence.

The mildest note of warmness singing through the bipolar whimsy of Boston weather reminds me that springtime is about to melt over this hemisphere like a pool of microwaved butter. Spring, wrapped in connotations of sunshine and picnics and flowers and laundry detergent commercials (you know the ones), intimidates the part of my brain that has suffered through literature classes and insists that spring is a time for regeneration and renewal and other synonyms for “change” that I don’t have time to look up in a thesaurus. Anyway, the same part of my brain happens to be writing this blog entry, so here’s a not-so-subtle hint of the life-changing life changes that have changed my life recently:

1.I declared a major in Physics.

2.It was discovered by the author of the previous sentence that few members of the MIT staff are adequately trained to handle declarations of majors in Physics. Mere hours after my advisor received the “Put-a-check-next-to-what-you-plan-to-do-with-your-life” forms, I went to her office and duly put a check next to the “Theorize-about-things-that-aren’t-useful” box. She approved my decision, signed off, and sent me to the student services office with the white and yellow copies of the form. The student services office sent me to the Physics department headquarters. The Physics headquarters sent me to the registrar’s office. The registrar’s office told me to go back to the student services office. “But then I would get stuck in an endless recursive loop,” I protested. The guy in the registrar’s office gave up and took my forms anyway.

3.I’ve started taking notes in pen and doing my problem sets on blank paper from MIT’s computer labs. Overall resemblance of my notes/problem sets to ransom notes from psychotic serial killers has decreased by about 60% since implementation of this initiative. I highly suggest the pen + computer lab paper (even better than college-ruled!) method for anyone else who suffers from Handwriting Deficit Disorder. On the down side, I have just taken one step closer to becoming the type of person who wears pocket protectors and color-codes their emails.

By which I do not mean this: 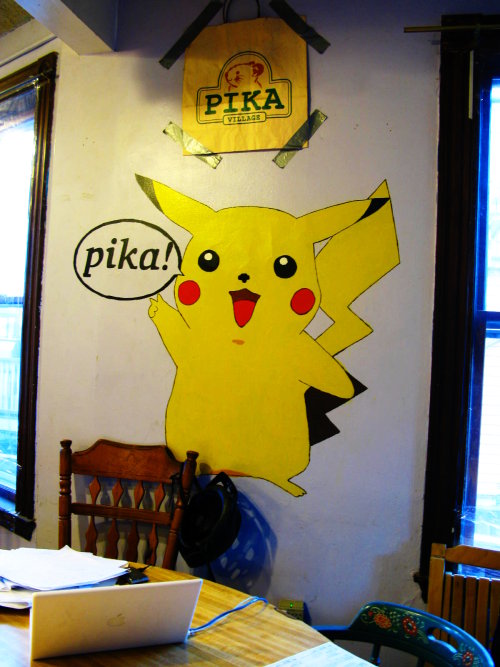 pika is an independent, cooperative living group at MIT headquartered in a big blue house in residential Cambridge that fell straight out of a Calvin and Hobbes paradise. In short, it’s a near-perfect embodiment of everything that your parents wouldn’t let you do in the house when you were a kid (including but not limited to: haphazard kitchen experiments, treehouse-building, making soap that looks like gnomes, knocking down and moving around walls, using a deconstructed vending machine as a room door, building MIT’s first sort-of-but-not-really cold fusion reactor, employing a gigantic tesla coil to set stuffed animals on fire, and inviting your neighbors over for dinner.)

No surprise that I’ve decided to room at pika over the summer.

There’s something inherently attractive about cooperative living outside of the relatively boxed-in college dorm environment, of learning how to cook and work and clean and enjoy your life in a setting completely liberated from the structures imposed by an institution (even one as understanding as MIT). My inner character-builder believes that living in a dorm where cafeterias cook your food, janitors clean your living spaces, and various committees decide upon regulations is about as satisfying as riding a tricycle. Granted, Random Hall is absolutely phenomenal in terms of the freedoms allotted to residents and has thereby turned me into a much more competent person in terms of cooking regularly and surviving non-violently with others (people, that is. Just to be clear.). At this point, however, I think I need to learn how to live with another dimension of freedom. Also, having a treehouse and fun company and gnome soap isn’t too bad either.

Did I mention that I joined the pika meal plan? (Free for your first quarter! Unbelievably, impossibly cheap even if you do have to pay for it. I think it averages to about 2 dollars per meal, plus a cooking or cleaning duty every other week.) Maita and Jared made incredible mashed potatoes, gravy, tempeh, and string beans a few nights ago. Maita also bakes the greatest bread known to all of civilization, if by “civilization” you mean “12 or so people at pika”. 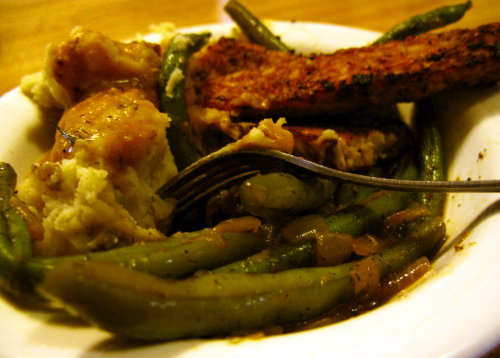 5.I had an extra hour after class reserved for high-quality procrastination. For some reason, the piano practice rooms on the 2nd floor of building 4 were irresistible at 5 pm in the afternoon, though I’ve never been a piano enthusiast beyond what’s been required for my composition projects. I stepped inside and gingerly tiptoed through a Mozart excerpt in a music theory textbook, tripping across thick clusters of hesitancy splattered across an angst-ridden soundscape. Nonetheless, the pure radiancy of a single unexpected non-chord tone glistening through a hazy mist of minor harmonies, juiced with rapture, felt incredibly indulgent and existence-affirming. I should do this more often.

6.A few weeks ago, Professor Gilbert Strang made a cameo appearance in my 18.06 lecture and, with the charming irreverence characteristic of professors with tenure, cooly declared to the entire lecture hall that calculus was overrated. Strang is somewhat of an academic celebrity: his linear algebra textbook, creatively titled Linear Algebra, is a critically acclaimed, bestselling landmark in the literary genre of linear algebra textbooks. Professor Strang’s previous lectures are also a must-see hit on Youtube, thanks to MIT Open Courseware. On the list of people who have earned the right to diss calculus, Professor Strang would probably be right under the Taylor series guy, who I guess is named Taylor*.

*Out of statistical curiosity, is there anyone reading this who knows Taylor’s first name without checking it on Wikipedia?

Anyway, I’ve always been a big fan of calculus, just as much as any of the other 20,170 people who claim to be a fan of calculus on Facebook. (That’s right, calculus has a fan page, just like Miley Cyrus, whom I’m sure you’ve all added by now). Strang’s disdain for the overstuffing of calculus into college curricula, however, has started to resonate with me. This semester, I’m taking Linear Algebra (18.06) and Differential Equations (18.03) concurrently, the downside of which is that 18.06 makes 18.03 look like the grocery bagger at the supermarket checkout who deliberately grouped your groceries in the most incomprehensible way imaginable so that it would take you at least 5 extra minutes to sort through your purchases once you got home. What I mean is that Linear Algebra is a clean, friendly course that nudges you to think about math in a new way, whereas Diff. Eq. is annoyingly mired in details and is reluctant to show you the big picture until after you’ve solved the same problem 7 times. Both are massively useful subjects, but I’ve started to consciously enjoy 18.06 problem sets and readings much more than 18.03.

On a cheerier note, CPW is coming up! Here, in chronological order, is my 100% non-partisan list of events that I wouldn’t miss unless I had accidentally broken several limbs immediately beforehand:

Classes to sit in on:
8.022, definitely (Friday morning at 10 AM- ask your host about it). If you’re lucky, Professor McGreevy will stand in a Faraday cage while a disembodied hand discharges a gigantic Van der Graff generator in his immediate vicinity. It’s quality entertainment. 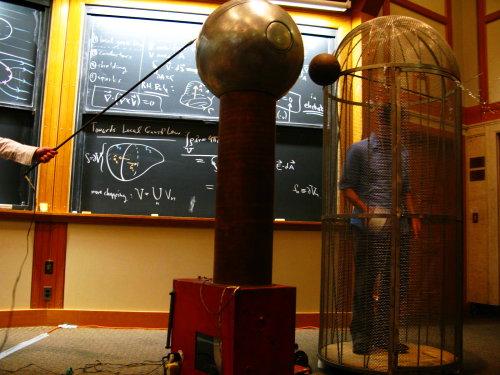 Questions about CPW? Now’s the time to ask.