sorry, this has nothing to do with portal

Hey all! It’s been a while. I’ve had a busy last month:

0. I said this post had nothing to do with Portal, but that’s sort of like stating, “I am not going to think about elephants while writing this post” before writing this post. Anyhoo, that reminded me that I finally got around to playing Braid, which is sort of like Portal in that it involves solving puzzles using a novel game mechanic, although IMHO, Braid is way more beautiful and mind-bending. Even without considering the weird metaphorical plot, it’s a true inspiration for my secret pipe dream of becoming an indie game developer. It’s short, and totally worth playing even (especially?) if you consider most games a waste of time.

1. Everything I said in my last post was misinformed, because when I wrote it, I was relaxed about having just tested negative for strep. One and a half weeks later, still coughing up my lungs in a mucosal haze of academic slackery, and shivering despite the toasty warm weather, I woke up from a 20-hour nap and realized that I might not have a harmless cold after all. So I went back to MIT Medical and it turned out I had pneumonia. Woo! Thankfully, S^3 saved the day yet again and told my classes to push back a few project deadlines for me, and antibiotics had me walking around again without falling over after a few days.

2. I am old and need to get a real person job. I’m getting flown out to NYC soon for a full day of being wined, dined, and grilled about algorithms by a software company I interviewed with recently, and many of my weekends this semester are probably going to follow a similar trend. After three years, I have finally learned to relax during software interviews, and hanging out with a bunch of coders is always fun, but having one’s precious weekend time eaten by travel still sucks. Especially when all of one’s massive programming labs are due at the beginning of the week.

3. I painted a bunch of murals. Actually, the time expended on these was negligible compared to most of the other items on this list, but this is an admissions blog, so I always feel obligated to combat the (mostly) untrue coder stereotype of unwashed nerds who can only use the left sides of their brains. 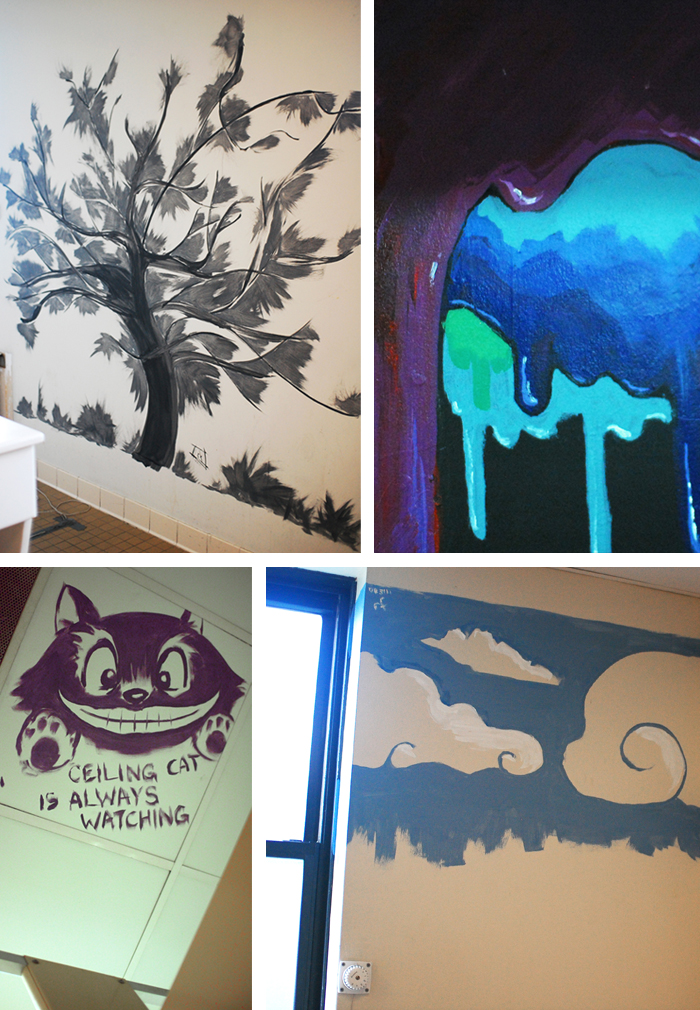 4. I’ve been getting up to speed with web development and better coding practices. On Friday night, I set up and learned a bunch of course-6-y things, like this meta-language that is way simpler to use and more readable and robust than HTML, and it automatically closes tags for you, amongst many more important perks, when you compile it to HTML.

5. I’ve been to some awesome jazz concerts. My jazz professor brought his avant-garde jazz orchestra to MIT’s Killian Hall to play some of his new pieces, and last week, I went to the legendary Scullers Jazz Club (which just so happens to be in Boston) to see Hiromi, who delivered pretty much the most amazing musical experience I’ve ever had.

6. I think I might have accidentally become a tea/coffee connoisseur. I was on my favorite online tea community (I know, right?) the other day, writing a review of how exquisitely the unexpected cocoa notes complemented the robust full-bodied roastiness of my favorite black tea, and also drinking this smoky drip brew I just made that has a really intense, fruity, natural sweetness, and realized that there is very little difference between a connoisseur and an addict who is also a snob. when did this happen what have i become

7. Taking embarrassing pictures of cats napping without waking them up. It happens sometimes. 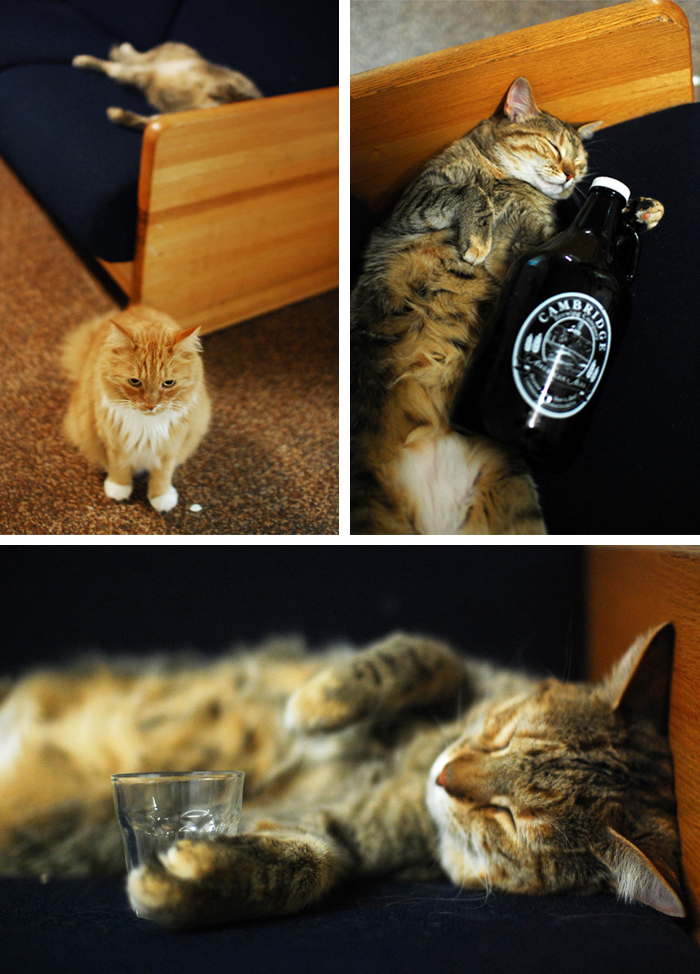 I just threw in the last two items because I thought they might be funny. But seriously, interviewing for jobs takes time! Landing a full-time software job usually involves a couple of short technical interviews and one all-day extravaganza where you meet the engineers and probably go through a few more interviews. Just getting a software internship usually takes three hour-long interviews. Don’t forget all the interviews take place somewhere between 9am and 5pm in the company’s time zone, which is really awkward for people who wake up late and then go to class the rest of the day. Multiply that by maybe three to five for all the companies you’re interviewing for at the same time, and your calendar starts looking crazy.

This whole rush of self-indulgent activity is probably a side effect of being a senior for the second time. Last time I was a senior, I spent most of my non-robot-building time loafing around and figuring I would start doing cool projects again after I got to the magical wonderland of MIT, instead of honing interesting skill sets, exercising, and switching from Qwerty to Dvorak, which my tendons have regretted ever since. This time around, I’ve realized that the increase in responsibilities one takes on when transitioning from college to the real world is probably going to hit me harder than transitioning from high school to college. So, you know, I want to bask in the luxury of free weekdays and coding things that aren’t for work while I still can.

I think there might be some kind of moral lesson you prefrosh could relate to in that paragraph.