Summer on the West Coast by Rachel D. '16

A couple of weeks ago, I flew thousands of miles across our wonderful country to visit the great state of California!  Growing up on Long Island, I didn’t have much (any) exposure to the West Coast, and it was incredible traveling to Los Angeles and dipping my toes in the Pacific Ocean!

I traveled all the way to California to visit my boyfriend, Herbert M. ’15, who is working at Jet Propulsion Laboratory (JPL) for the second summer in a row.  His major is Course 16, or Aerospace and Astrological Engineering, so his project involves a bunch of super secret space stuff.  Herbert actually gave me a tour of his lab and the JPL campus, and it was absolutely incredible!

JPL is a research and development center as well as a NASA field center in Pasadena, California.  Pasadena is about an hour bus ride away from Los Angeles.  Caltech, which is only a short drive away from JPL, manages JPL, and many students participate in Caltech-JPL research.  The program that Herbert took part in is one of the Caltech-JPL programs.  This entails living and hanging out at Caltech, and then he takes a shuttle with a lot of other students each day to JPL.  There is also a Caltech-JPL tiny shuttle that runs back and forth between each campus everyday on each hour.  Quite a few MIT students go each year to work at JPL, although not all of them end up staying on Caltech campus.

At JPL, the focus is on creating robots that go into space, like the one that Herbert is working on.  Some of the major projects at JPL include the Mars Science Laboratory mission, which includes Curiosity, as well as the Mars Exploration Rovers.  Herbert actually got to watch the landing of Curiosity last summer while in California, and he says that he still tears up when we watch videos of that day, it was that incredible and exciting.

After an awesome tour of Herbert’s lab, I got a chance to see the rest of campus. This included a sneak peak into a video that showed us pictures of space things, a look at the space museum, and an adventure into the field where scientists test the Mars rovers.  After a tour, we went on our way. Not before taking a picture in front of the NASA/JPL sign, though. 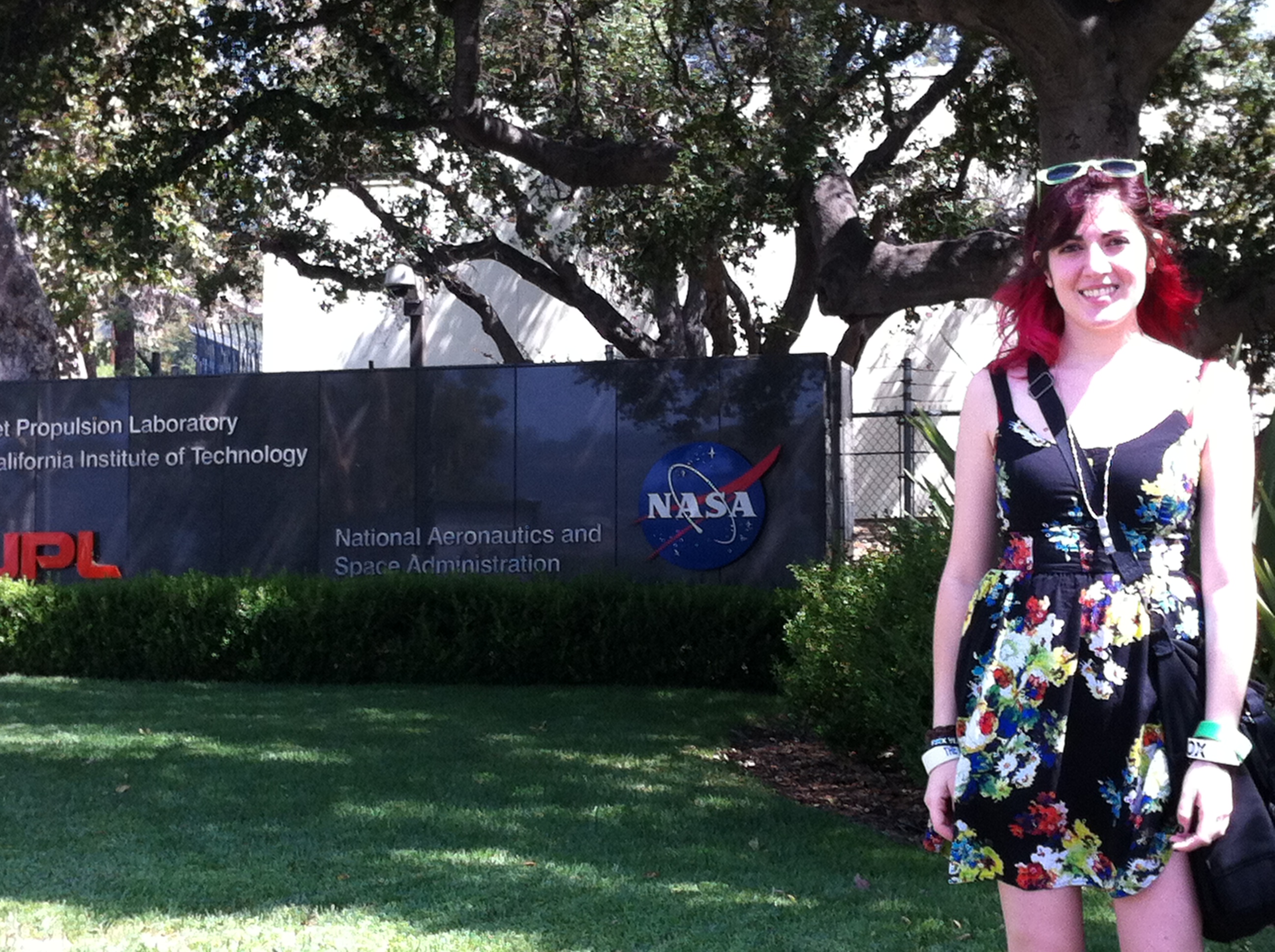 After visiting JPL, we hurried on our way to take a quick tour of Caltech’s campus and then head out to Los Angeles.

Caltech’s campus was beautiful!  THERE WAS A TURTLE POND! 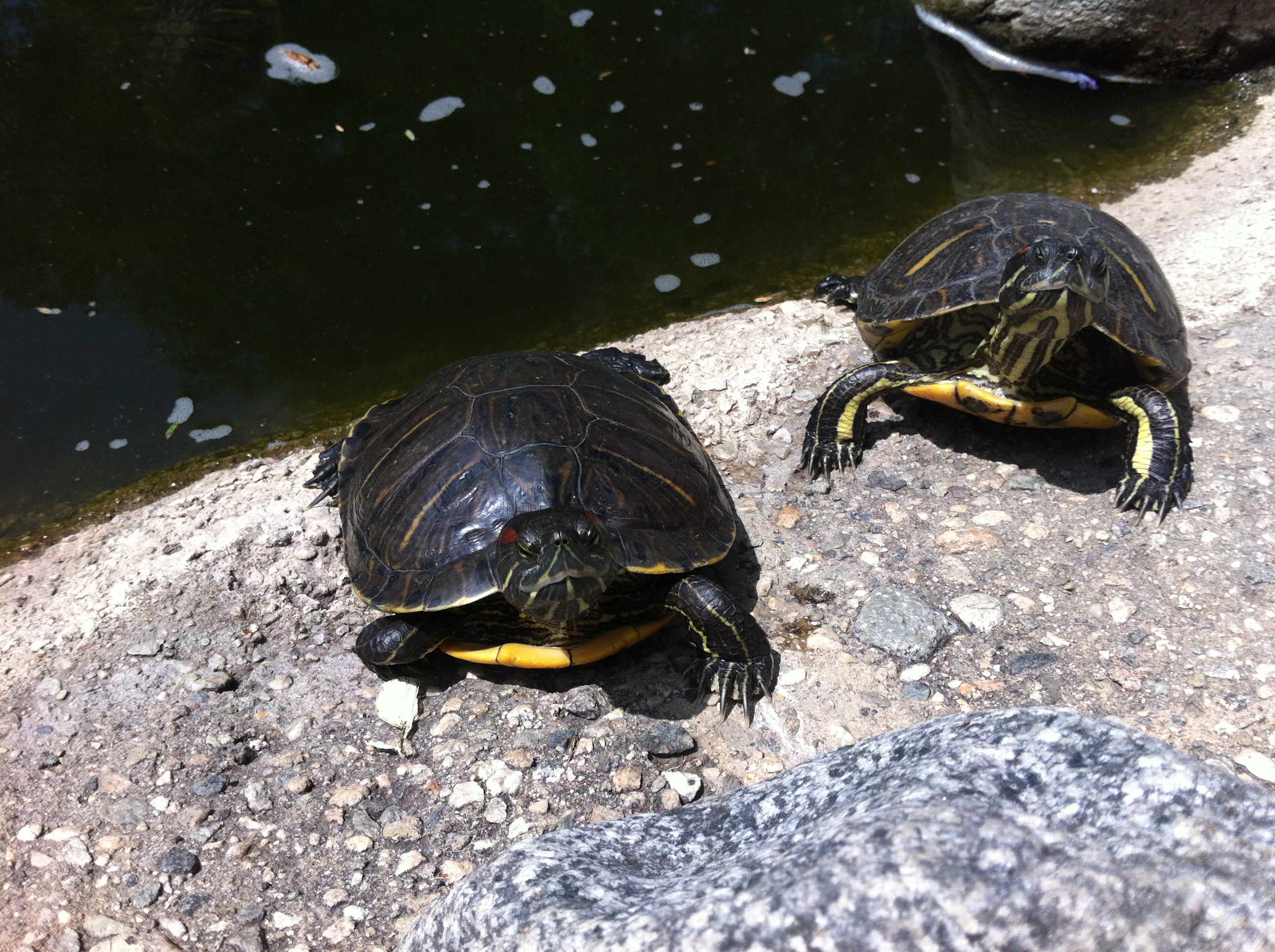 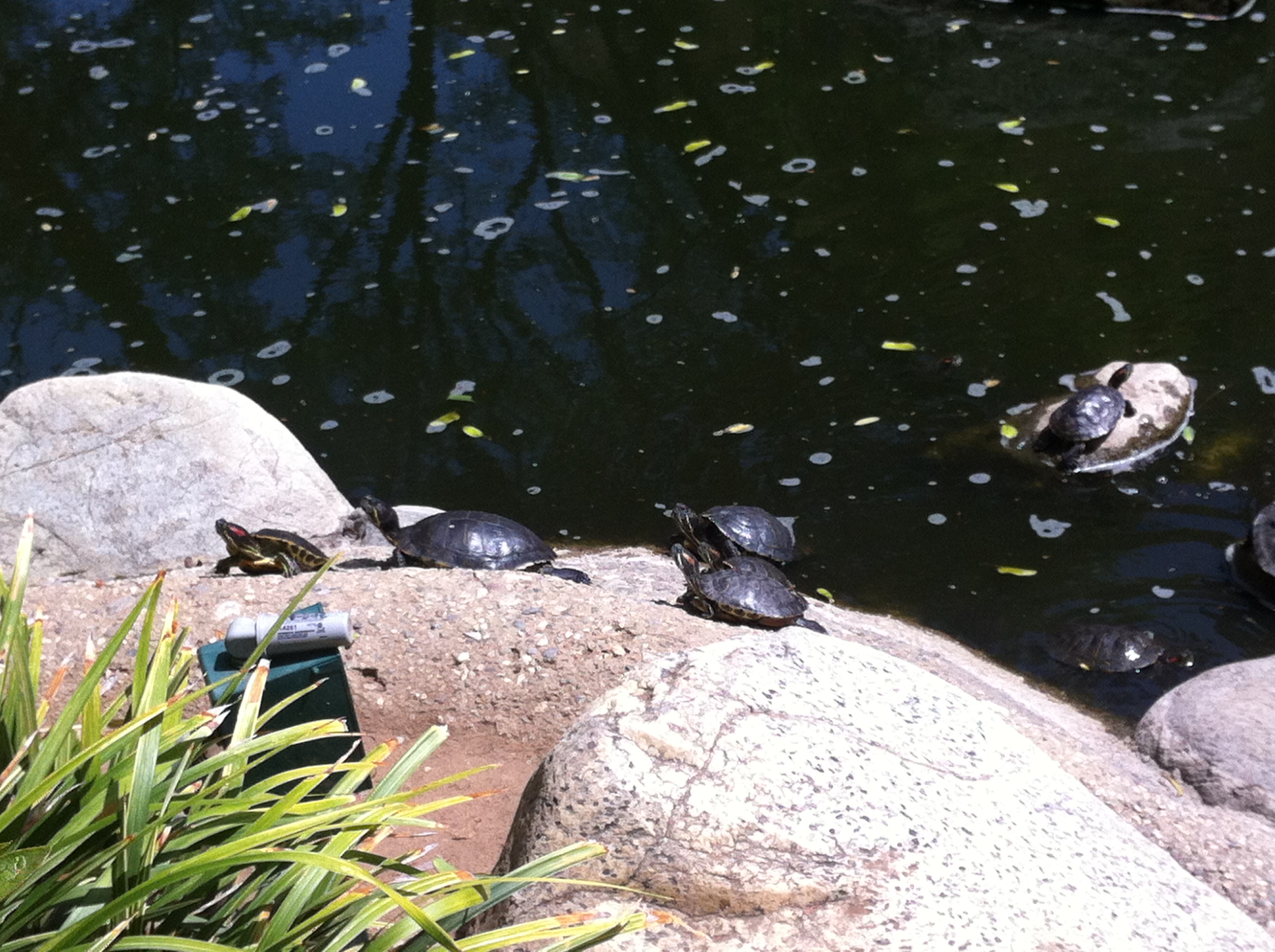 I really like turtles!!  There also were some other nice fountains! 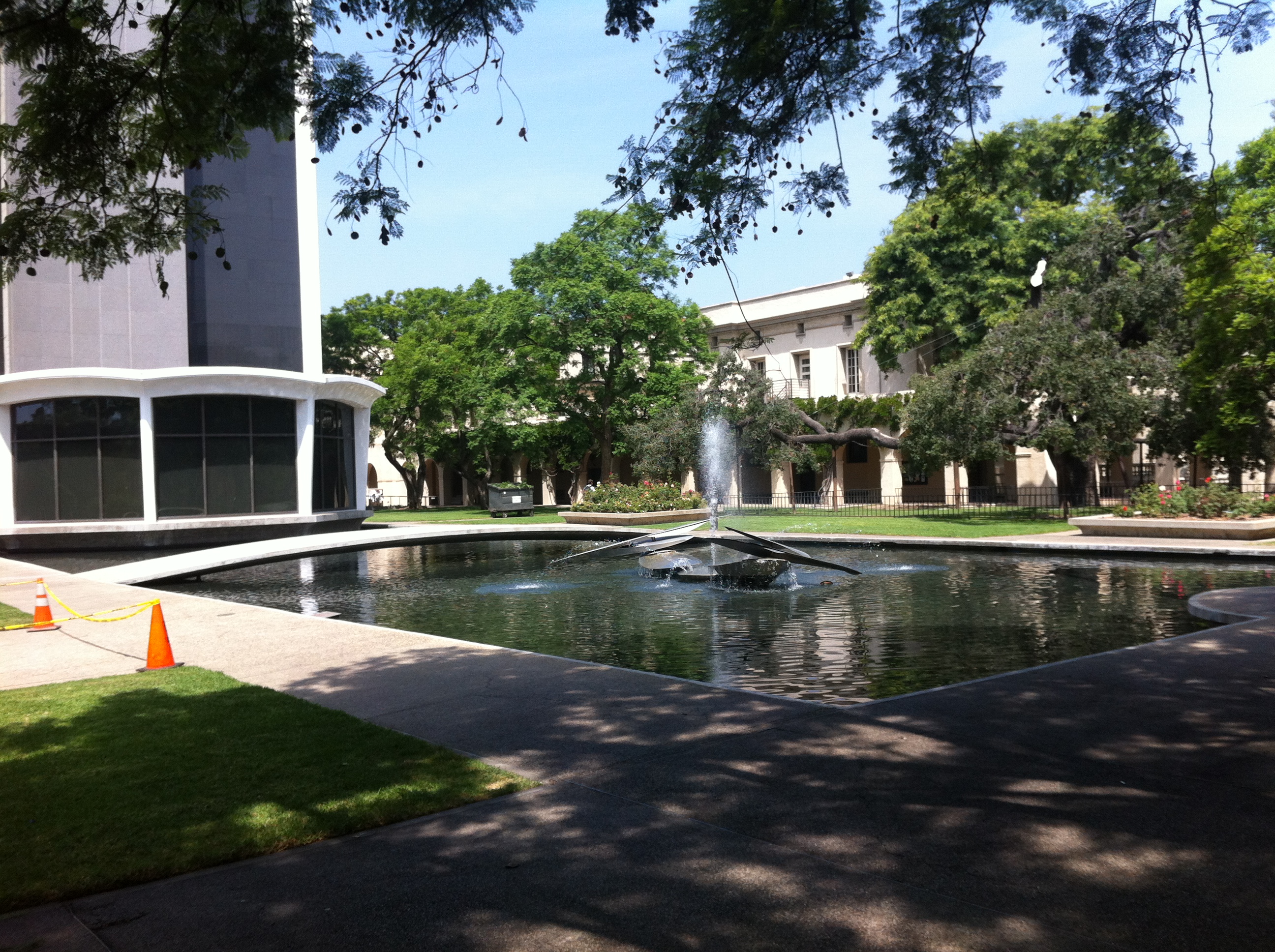 We also visited the Caltech Cannon! 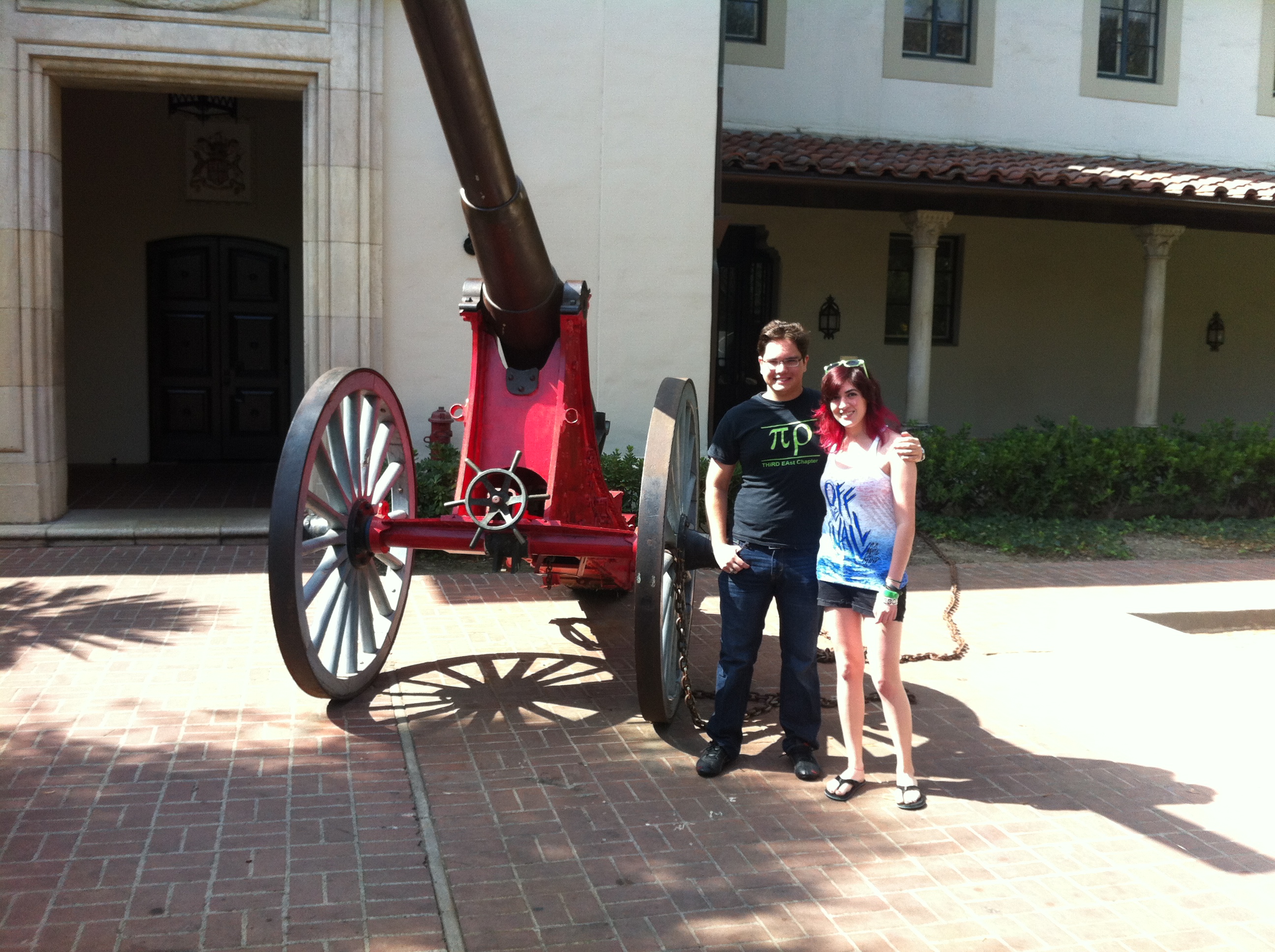 Notice anything different between the cannon in our picture and this picture below posted to the website www.howeandser.com from 2006? 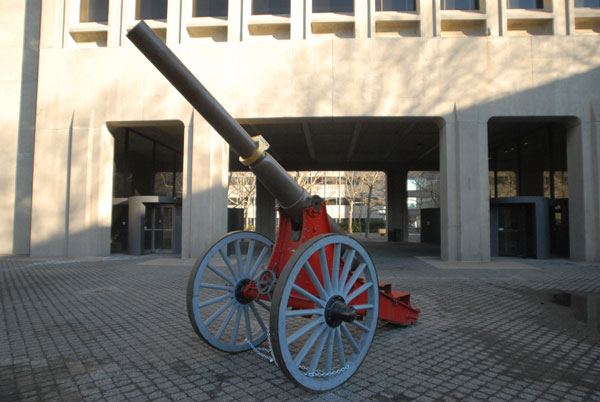 There are chains on the one I took a few weeks ago, and the one from 2006 is in front of the Green Building here at MIT! Something quite wonderful happened in the year 2006.

Some MIT students decided to go all the way to California to pay our friends at Caltech a visit.  The MIT students dressed up as movers from the “Howe & Ser” moving company and removed the cannon from Caltech, showing Caltech security guards phony work orders.  A week later, the cannon appeared on MIT campus with a brass rat on its neck and a plaque thanking Howe & Ser for its wonderful moving job.  A few days later, some Caltech students showed up with a moving truck to get their cannon back.  The students were met by MIT students who invited them to hang out and helped them gather their things and pack up the cannon.

Exactly twenty years before this act, Harvey Mudd, Caltech’s local rival engineering school, also stole the Caltech cannon.  Therefore, after retrieving the cannon back from MIT, the Caltech students decided to put chains on the cannon so that they don’t have to worry about it getting stolen again.

So it was exciting to see the infamous Caltech cannon, even though it was not on our campus, and it made us really happy that we have scared the Caltech students into keeping their cannon chained up.

Even though we make fun of the school as a part of the Caltech-MIT “rivalry,” the Caltech students were really awesome!  I got to visit my good friend Kurtis (Caltech ’16) who lives in Ricketts House, and Herbert introduced me to a lot of people from the dorm he has lived in the past two summers, Blacker House.  The houses at Caltech are similar to MIT in that they also all have different cultures, and I really enjoyed meeting and hanging out with the people there.  A bunch of people from Blacker even took Herbert and I camping in the desert, and it was absolutely beautiful there. 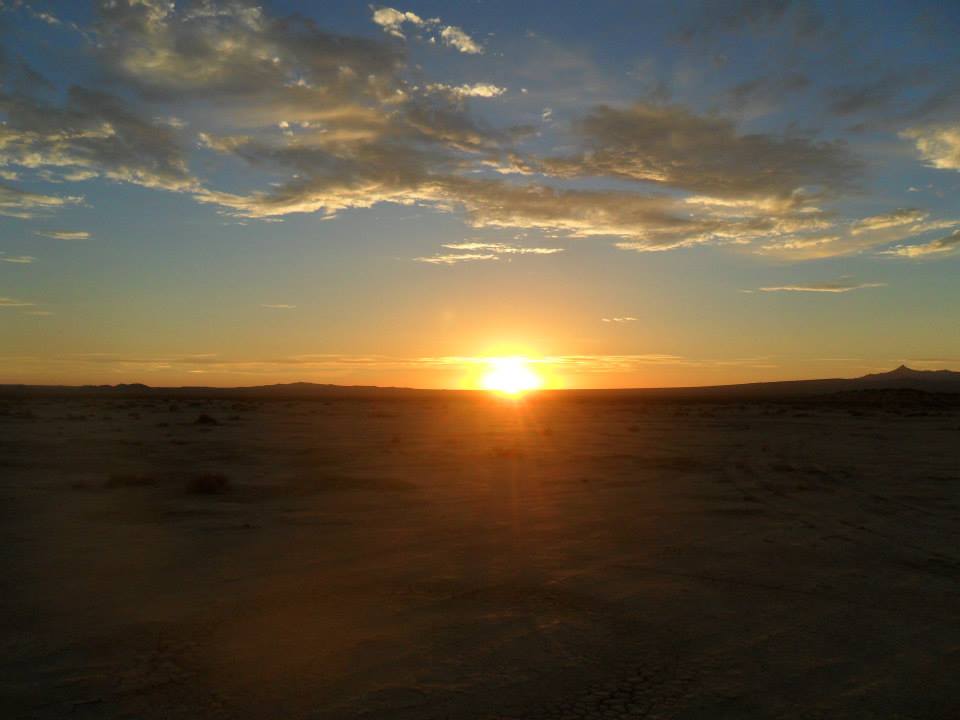 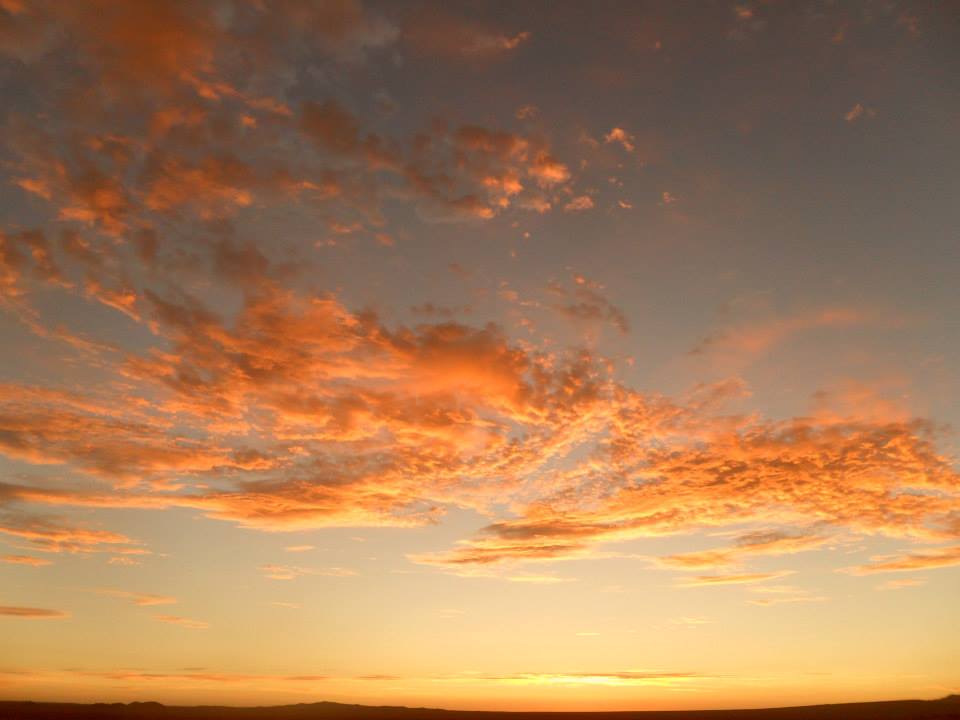 The campsite was actually on a dried-up lakebed, so the ground was really cool and flakey! 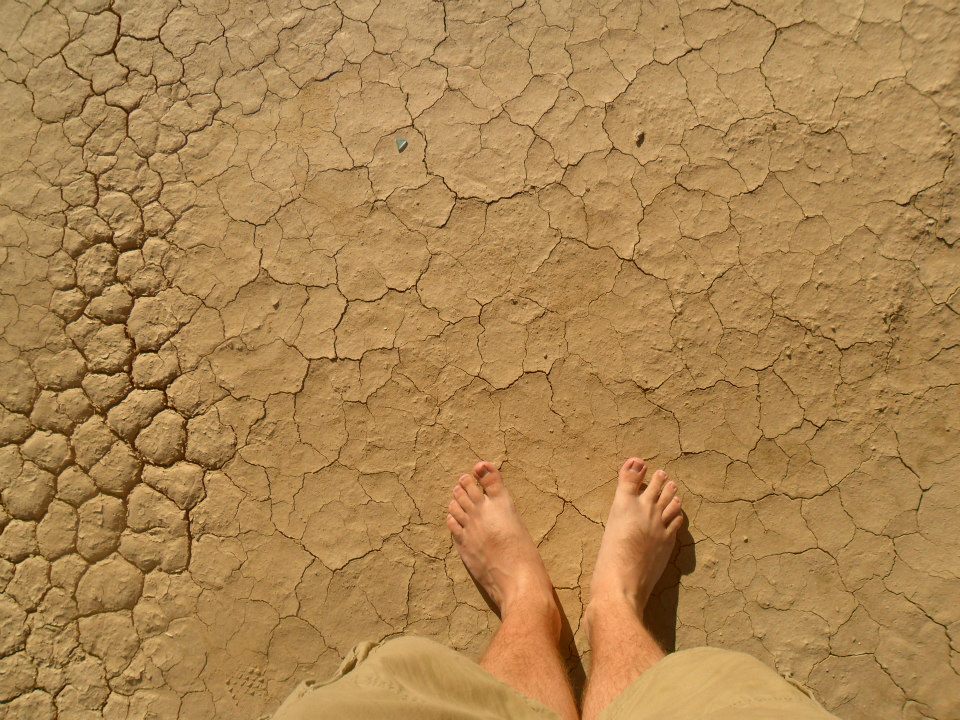 We didn’t just spend time with the Blacker/Caltech kids, though; we had to be super touristy since it was my first time in California!

So of course, Herbert and I made out way out to Hollywood to see the Chinese Theater and Walk of Fame.

IT WAS SO GREAT 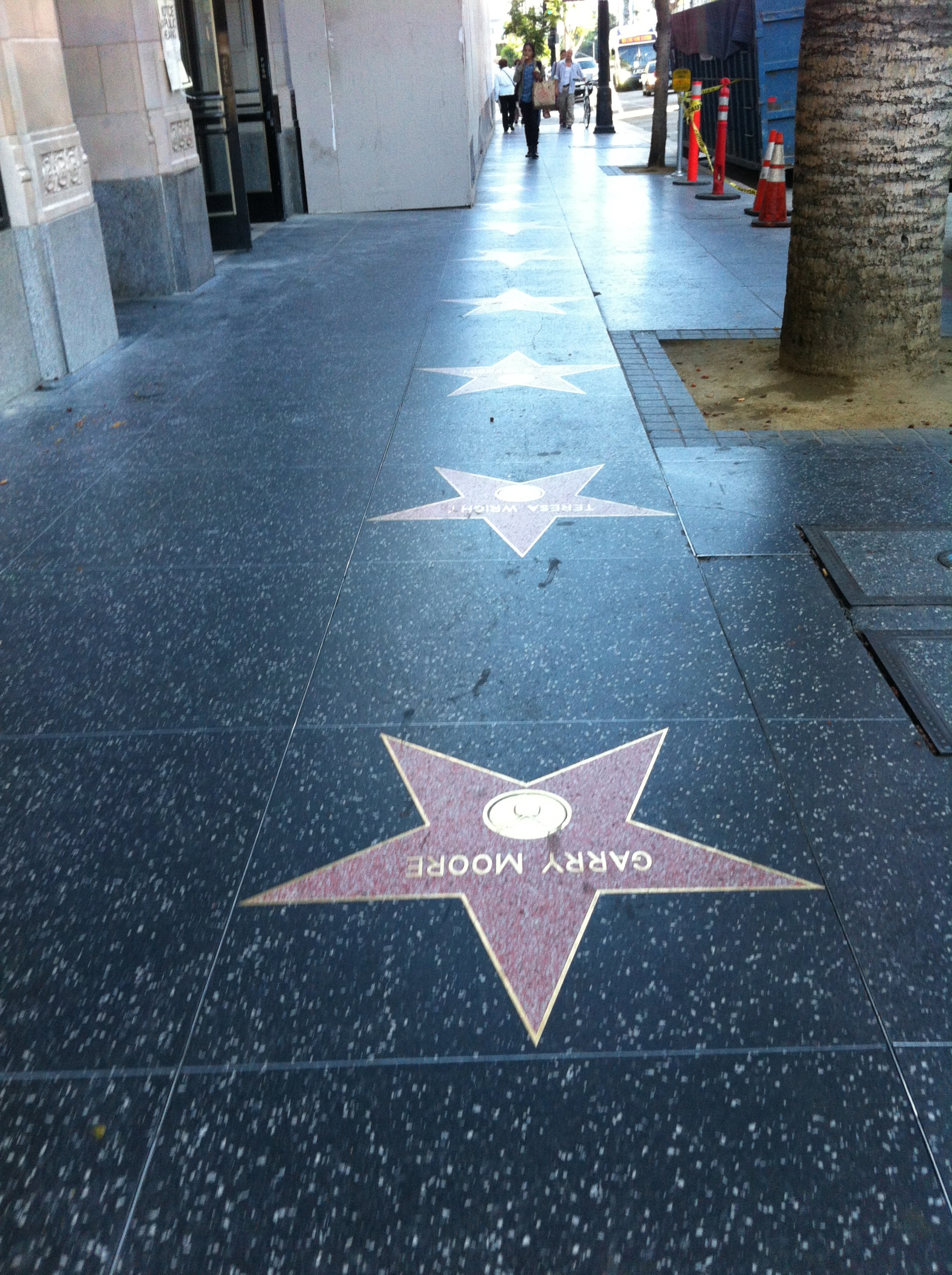 We were walking on these beautiful stars with names on them! I don’t know much about celebrities or movies at all, but it was still great and I loved being a tourist! 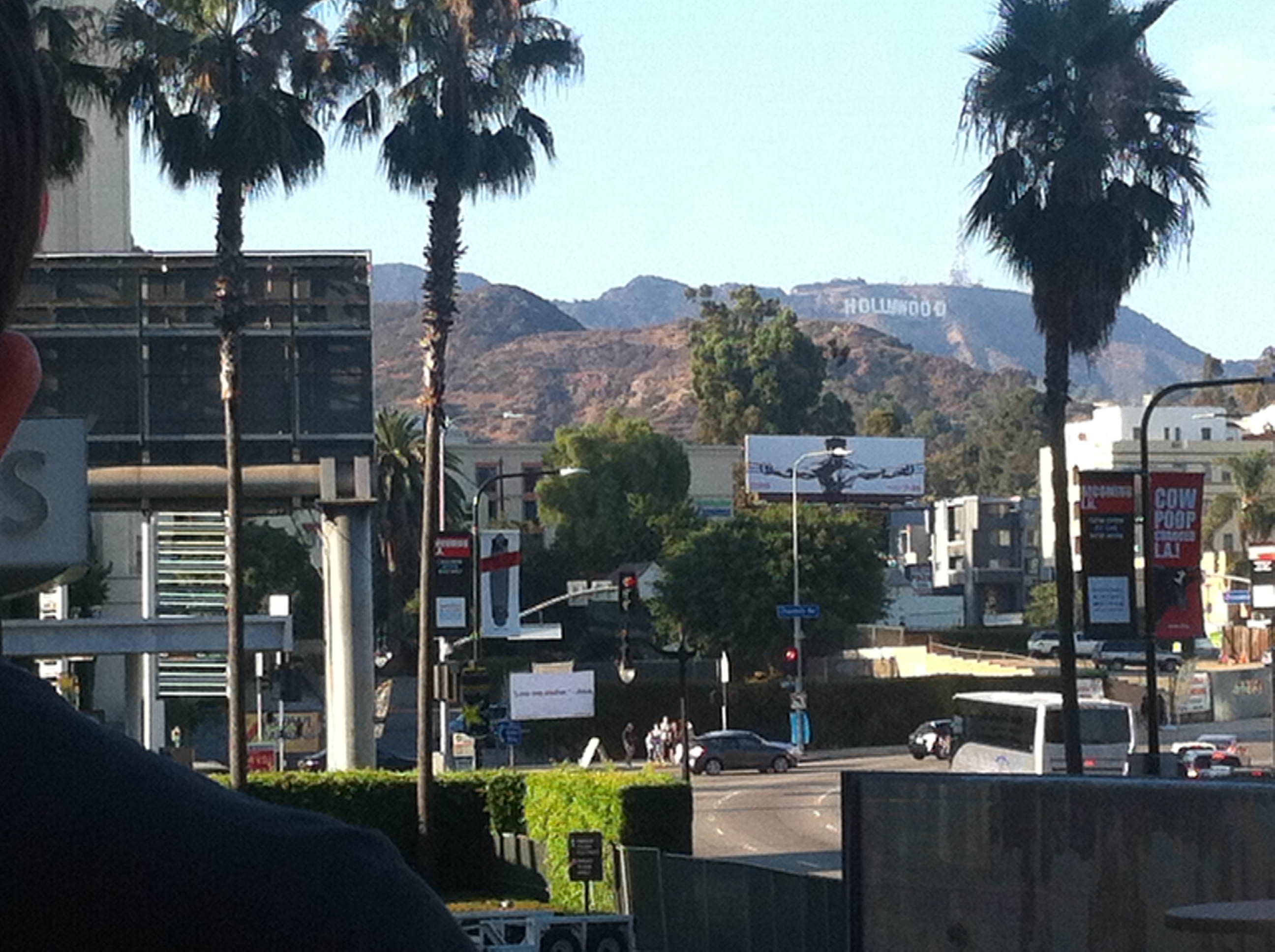 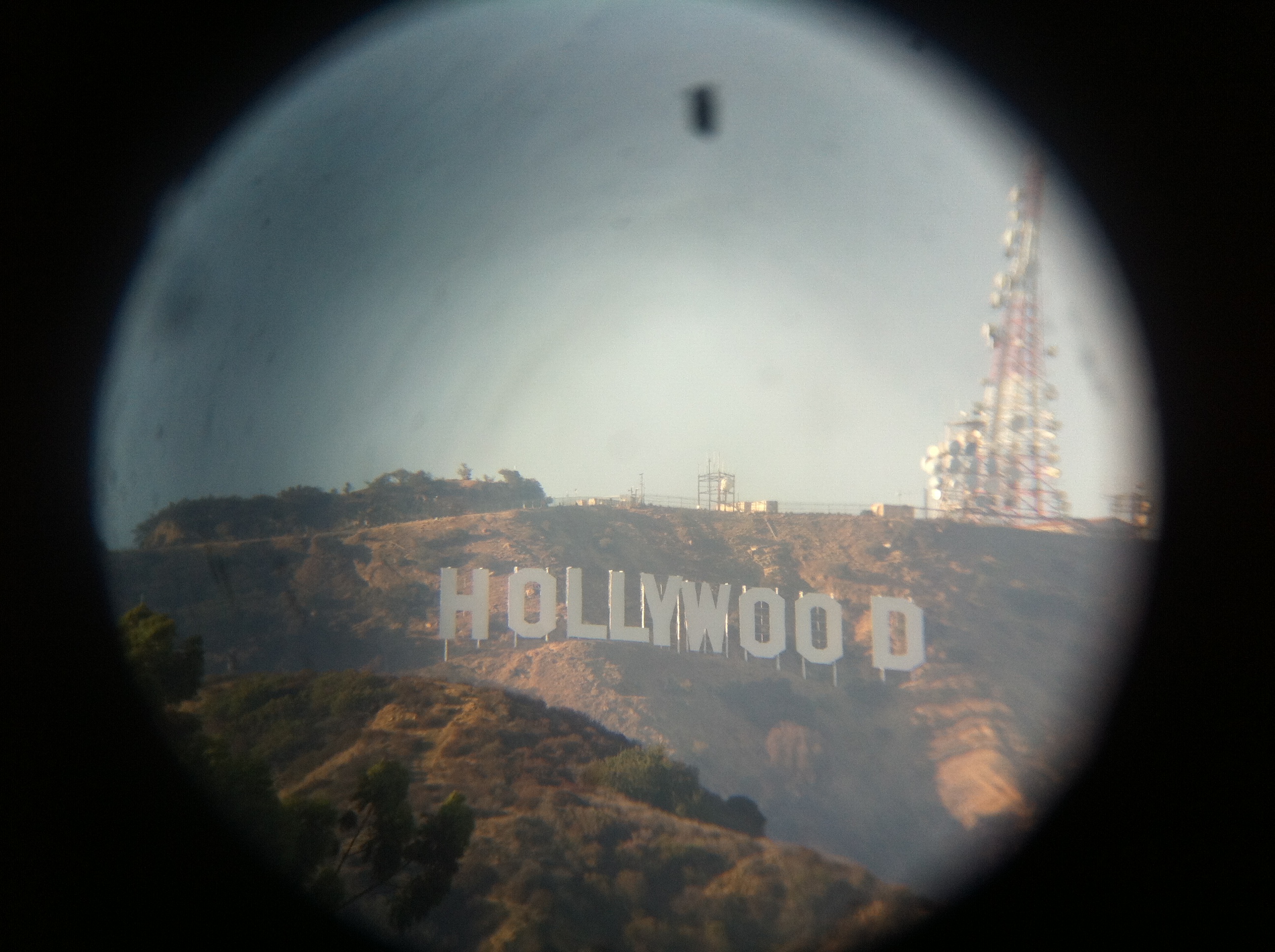 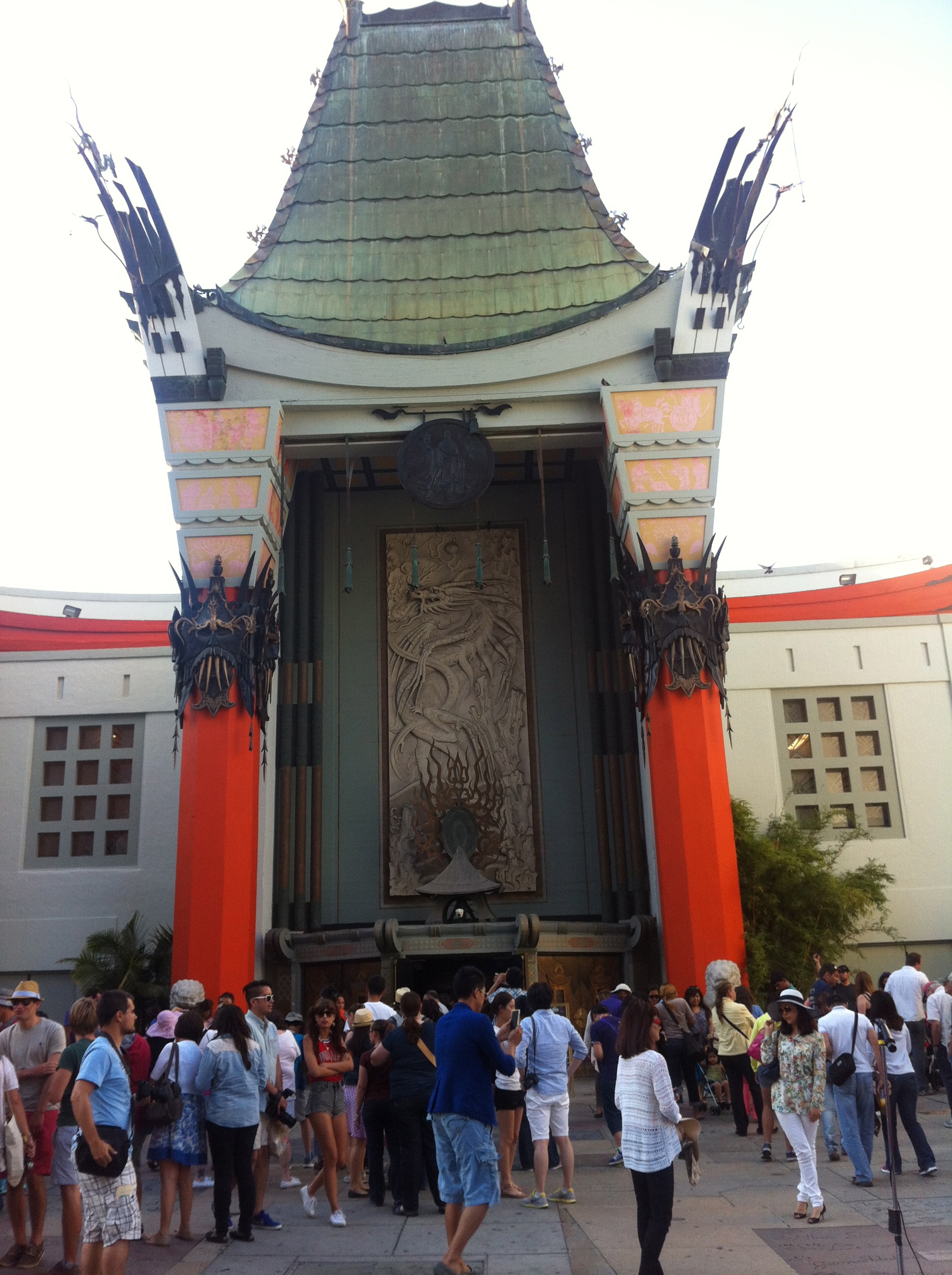 After a wonderful night of being tourists, we spent our Friday at Venice and Santa Monica beach and got ready to visit my cousin Brad who lives in Santa Monica!

Venice beach was so cool!  There was an amazing boardwalk with street performers and artists and tons of little shops.  However, once we got to Santa Monica I was truly blown away by the beauty of the beach. 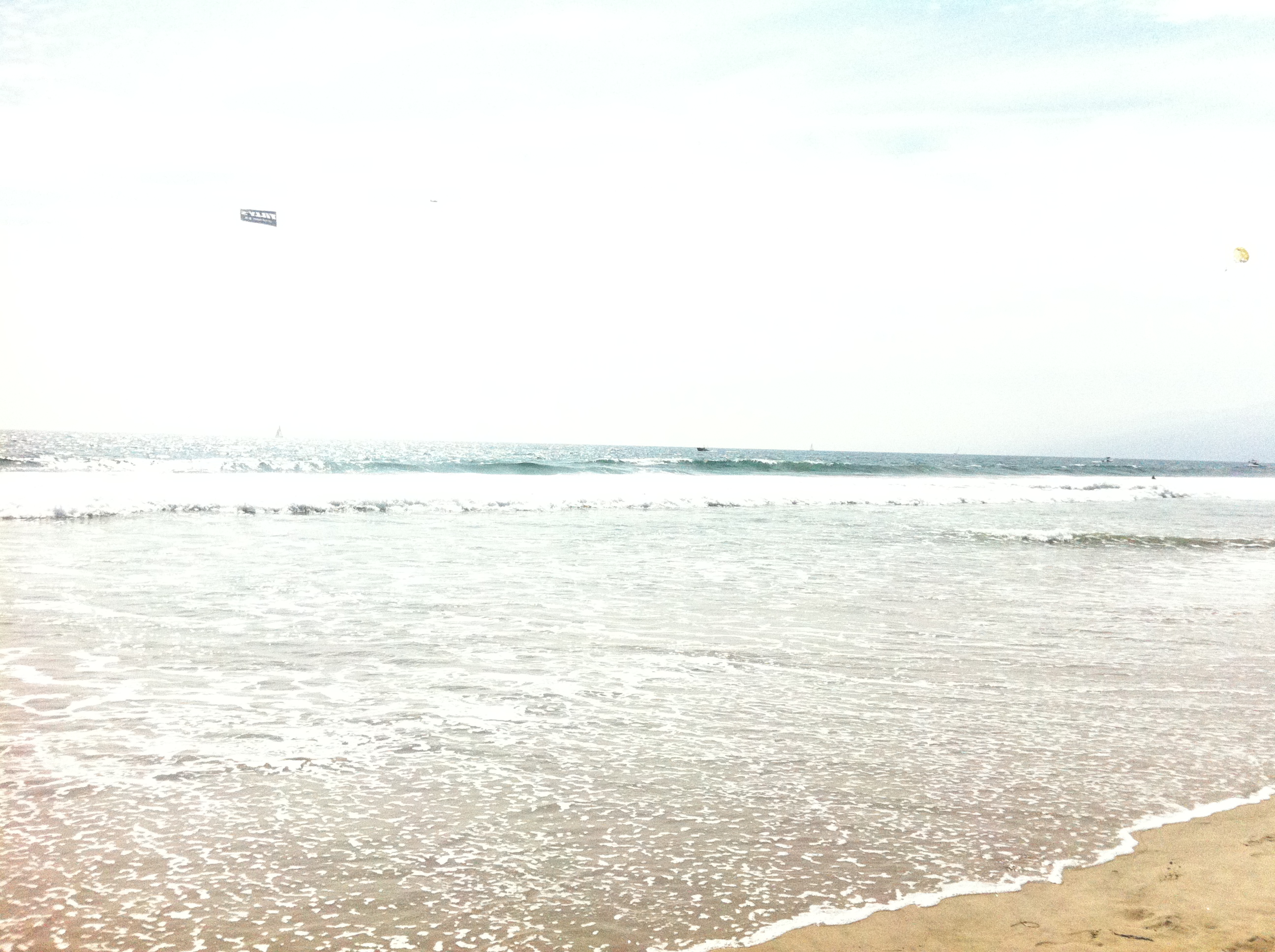 There was even a giant playground for grownups where people could swing and do these crazy monkey bars and slackline! 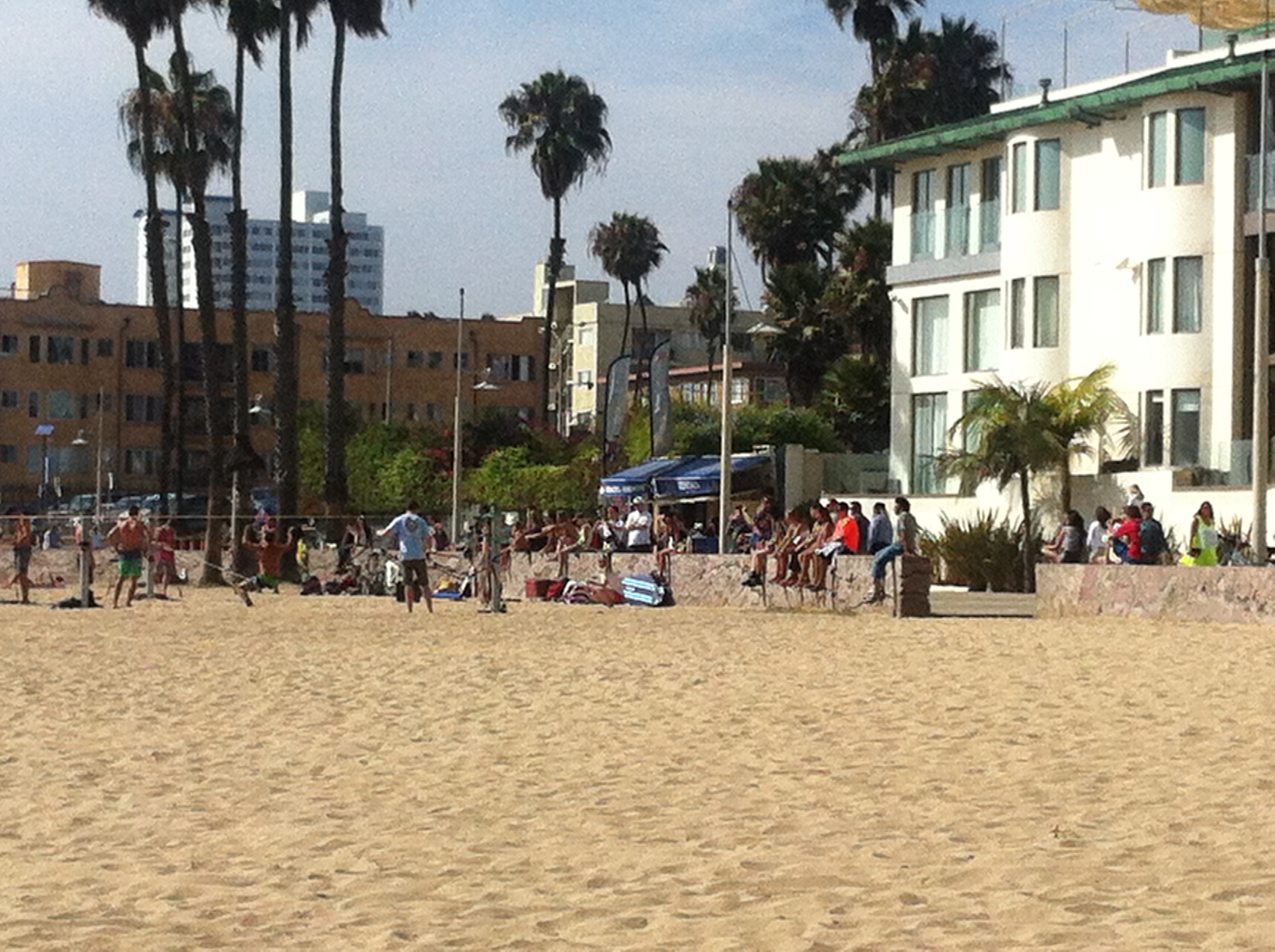 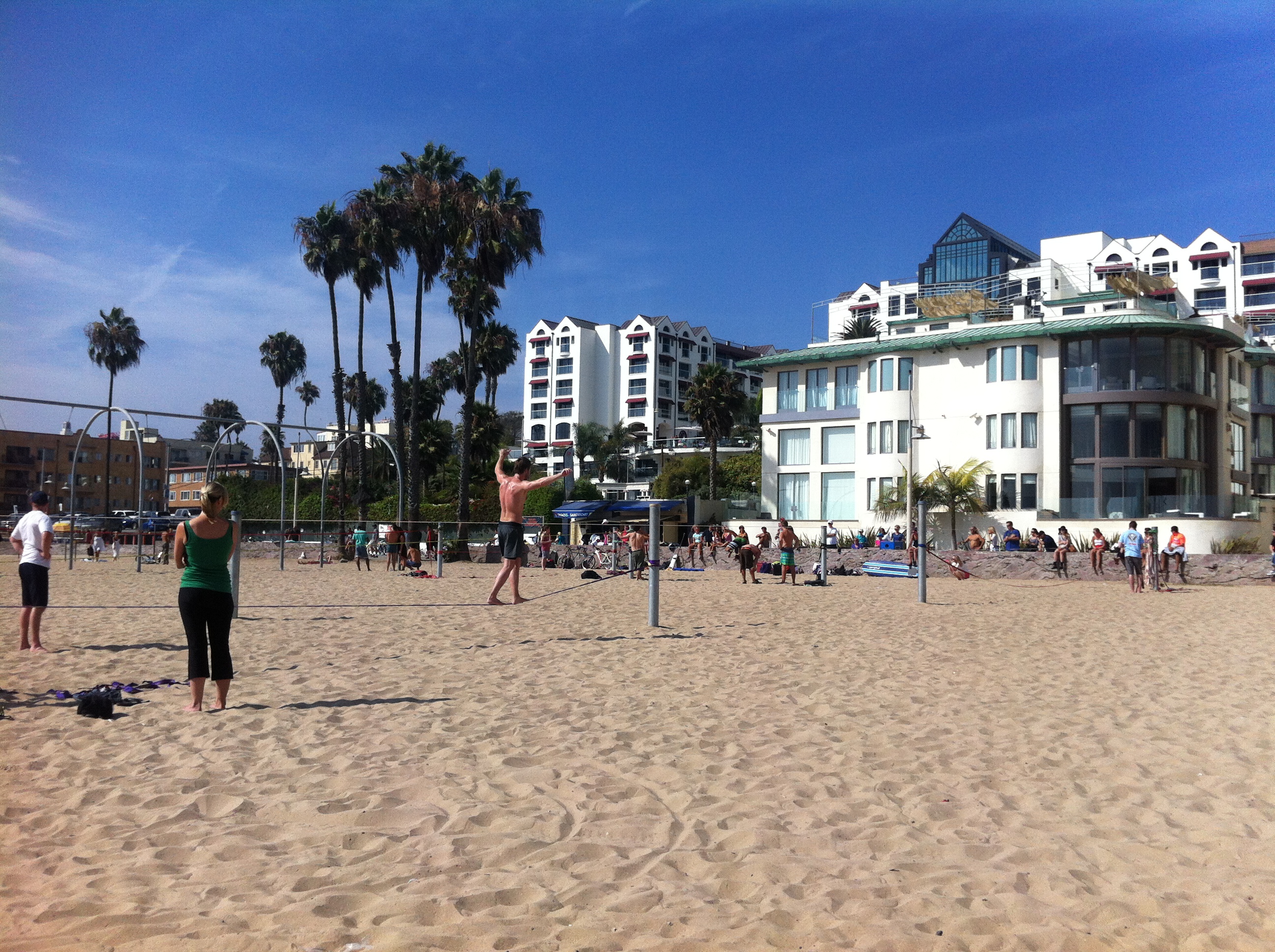 And once we walked far enough, we found the Santa Monica Pier! 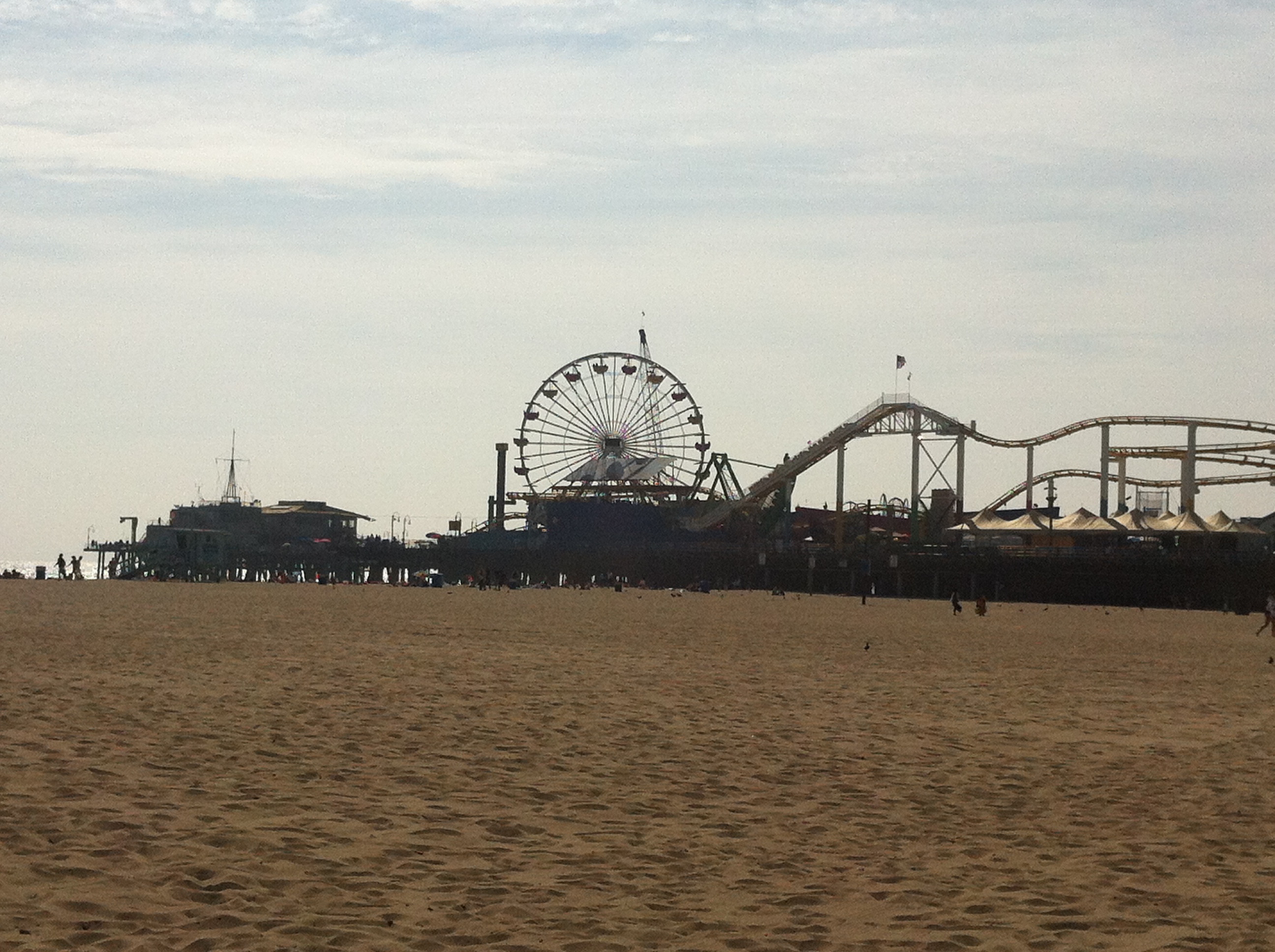 Herbert and I walked around, ate some ice cream, and eventually decided to play some games.  We tried the game where you need to knock over some boxes off a table, but that didn’t go so well after five tries.  So then we went to the booth where you have to pop the balloons.  We got six tries, and he convinced me to start.  I threw three in a row and popped all three!  I told him to try, and he tried and missed, so I tried twice more and hit one of them and missed the other.  I won us prizes! 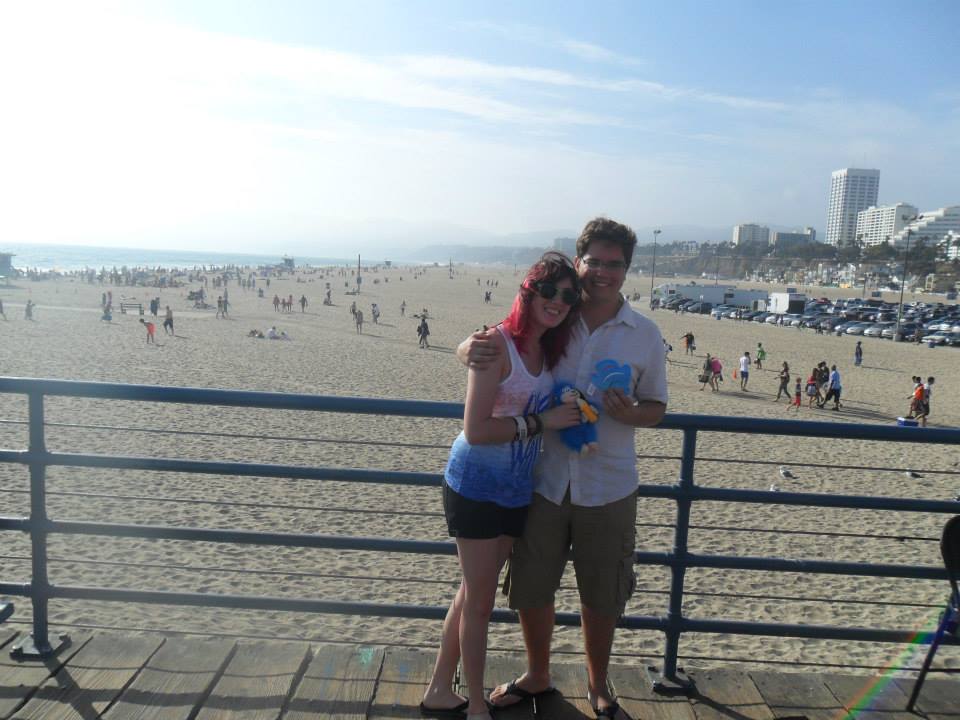 After visiting the pier, we visited my cousin, Brad, and his girlfriend, Rachel.  Brad has been living out in California since he went to grad school out there, and it was great seeing him! 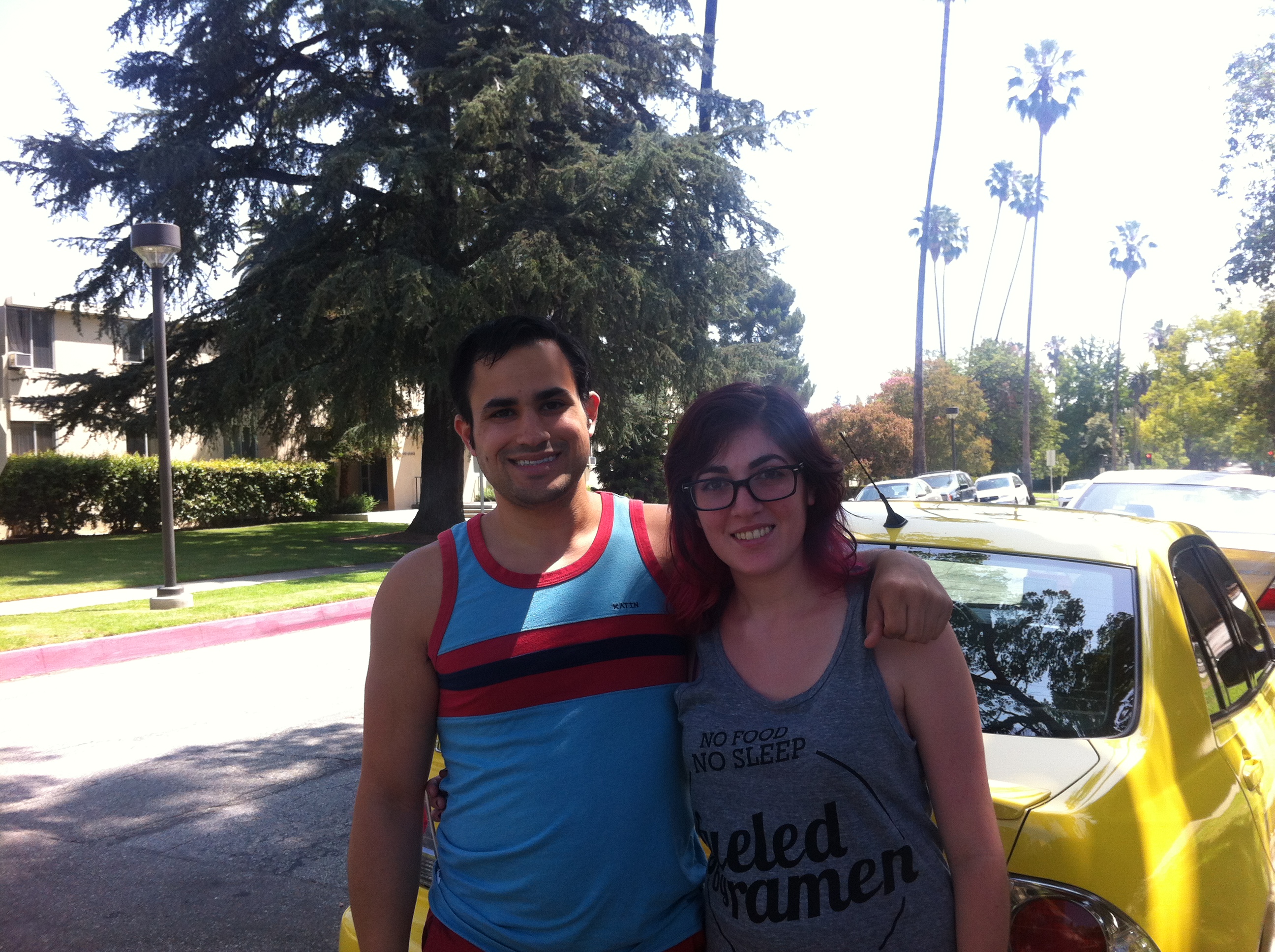 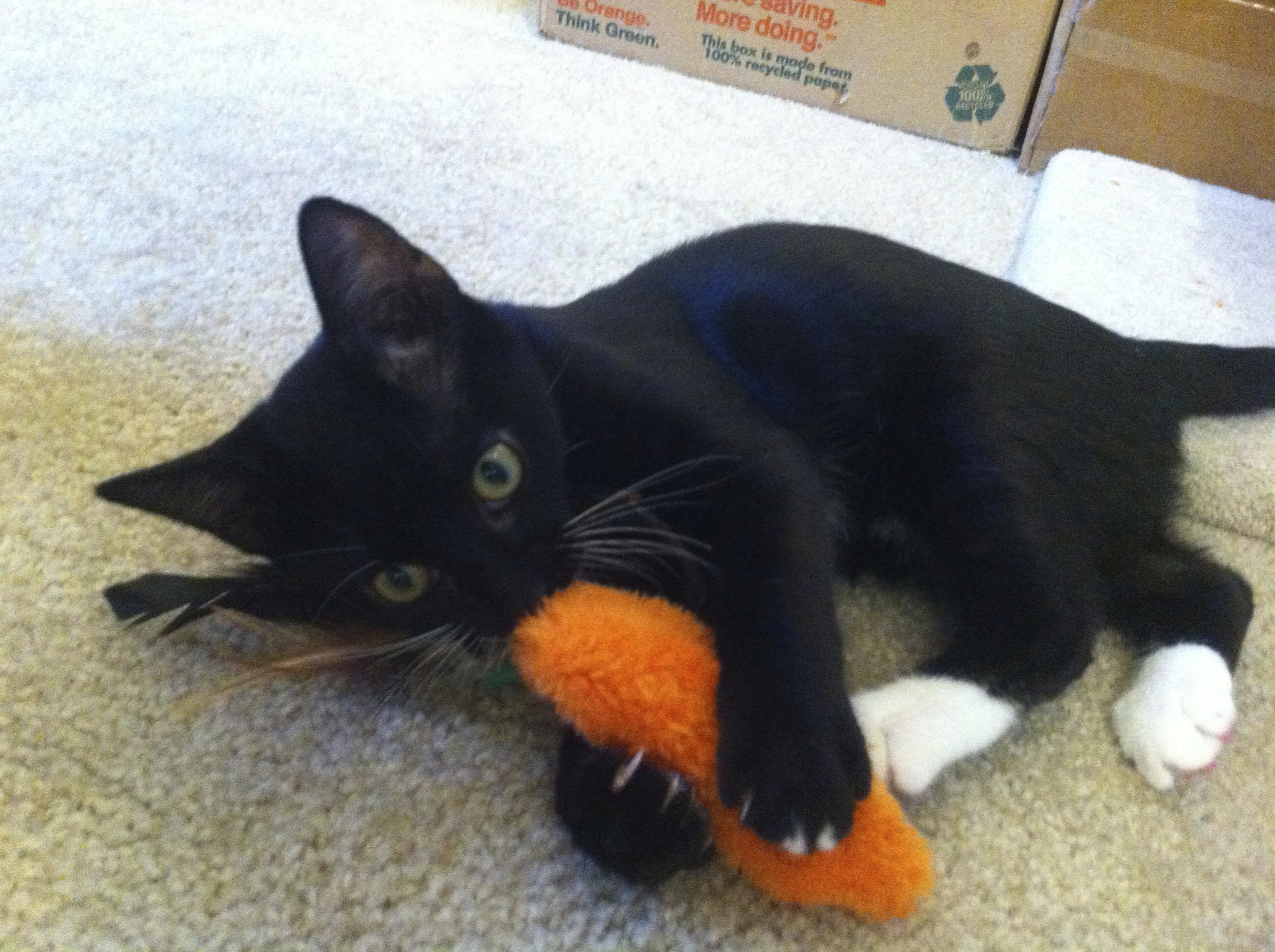 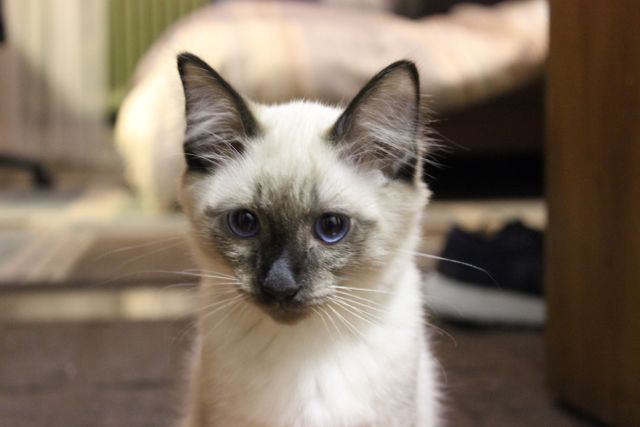 Kittens are really great :) They were so playful and crazy!

For dinner, we went out to the Third Street Promenade, which was absolutely gorgeous!  We went to this amazing taco place called Blue Plate Taco where Rachel and I (the vegetarians of the group) got these fantastic little veggie tacos with truffle oil.  These past few days I’ve really missed these little tacos and I hope that I can go back there one day soon!

Speaking of good food, our last night together in California, Herbert and I took a journey into Old Pasadena, where there were so many great places to eat! After an amazing showing of Despicable Me 2, we went to this awesome Asian Fusion restaurant called One-Six-Eight.  It was so yummy! I got a veggie tofu pad thai and it tasted like heaven.  Even Herbert tried a (mostly) vegetarian dish and really enjoyed it!

All in all, this was an incredible adventure to the west coast of America, and I learned about all the cool things I could potentially do during future summers!  I really thought that I wanted to spend my summer in Israel next year, but California is so beautiful and there are so many different opportunities out there for MIT students and for other people interested in science and technology.  Additionally, I learned more about what I want to do when I grow up – travel. 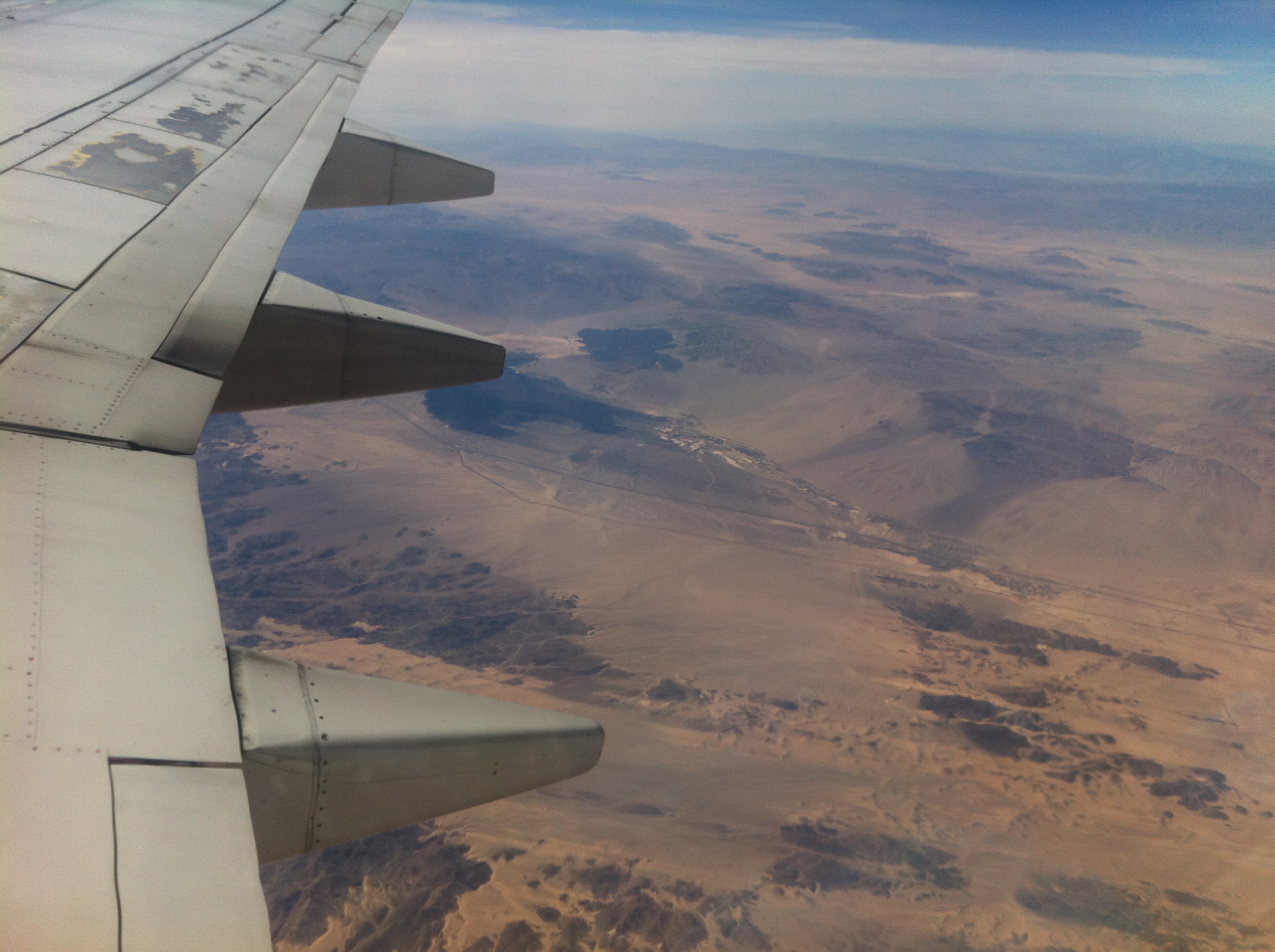