Something happened to me this summer. I’m not sure exactly when or how it took place, or if it had anything to do with me becoming a senior citizen, but something definitely happened. Friends, I grew this summer, and let me tell you, it wasn’t pretty. Like a preteen boy with more bacne than you can count, I stumbled my way into regularly paying my bills, began exercising on a daily basis, and even quit pulling the pigtails of that girl who sits in front of me in class. I also took out the trash and cleaned the toilet once a week (although this was helped by the fact we were fined $25 for not doing our cleaning duties, and the serious shame of having to park it on a dirty latrine). Maybe we took the whole maturing thing a little too far when we started playing bridge, and Gloria ’11 came over and knitted as she watched us argue over trump card, but regardless of what that says about our coolness it definitely implies that at least someone did a little growing up.

Apart from all the cleaning and taking strolls around the park in my walker, my summer consisted of: 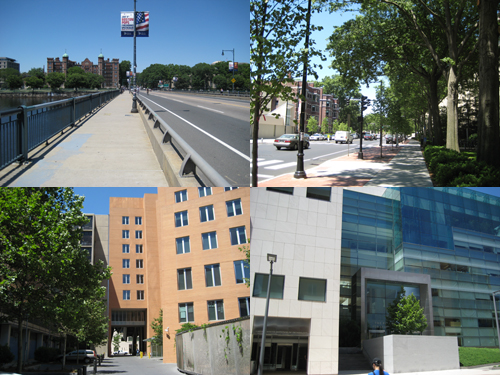 I walked a lot this summer. Living in a place where public transportation to campus required a couple train changes pretty much guaranteed daily exercise, which worked out well since my other hobby this summer was eating large percentages of my daily caloric intake in frozen yogurt. Pictured above is the route I took to work: the Harvard bridge, past building 3, through Stata, and to building 46. Which brings us to: 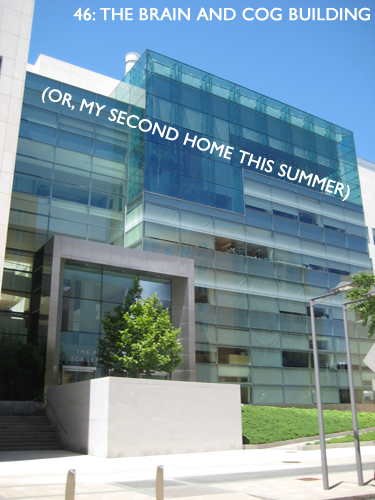 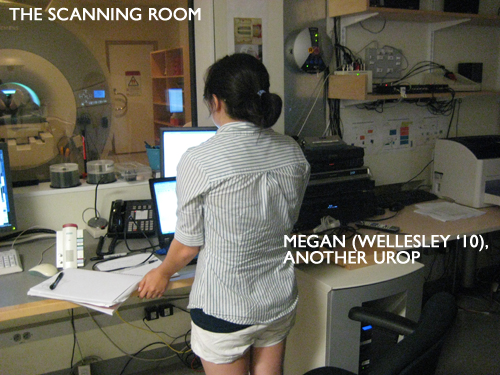 I told my friends there were free ice cream sundaes every Monday in building 46, and they were all excited until they realized building 46 was the Brain and Cog building. “Oh, the Brain and Cog building,” they sneered. “I’m not going to go in there. They probably sprinkle weird brain stuff in your ice cream. And then see what happens to you after you eat it.” I was like, yeah, and then we eat your brains. Because my department is actually run by a bunch of zombies.

Since the original plan of harvesting my friends’ brains for testing failed, I settled instead on working with my grad student, Livia, on imaging the visual word form area of the brain. My role in the lab included programming different paradigms of our experiment, scanning multiple subjects’ brains as they completed the experiment, and analyzing the activation patterns in our data. Other things I learned this summer included the words to “La Bamba”, from our resident Spaniard Manolo, and that there are palm trees on the sixth floor of our building. Which is pretty much what I was hoping to get out of this UROP. 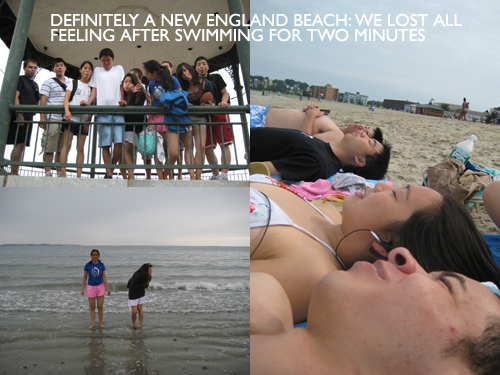 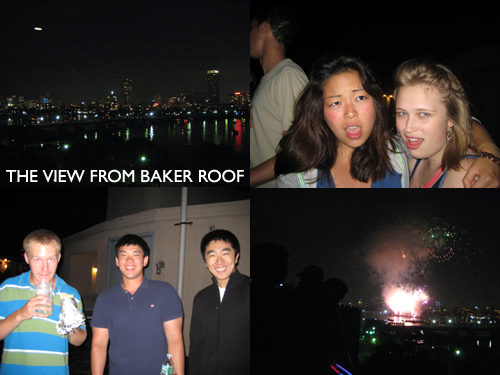 We celebrated July 4th in the most American way we knew how – going to the beach, playing football, swimming in the freezing New England waters, drying off in the sun and developing melanomas, eating excessive amounts of pizza, getting stuck in the elevator due to aforementioned obesity, plummeting to the basement and shakily walking the six flights up instead, and watching the fireworks over the Charles from Baker roof. We also watched Independence Day, which – little known fact! – is my favorite Will Smith movie ever. 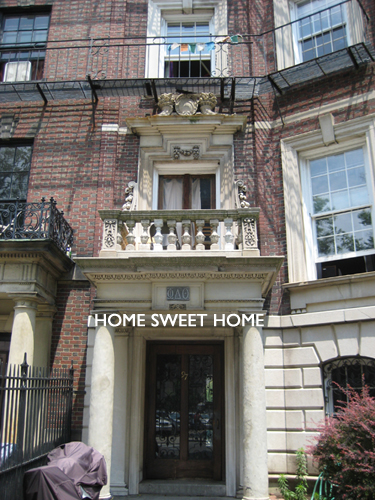 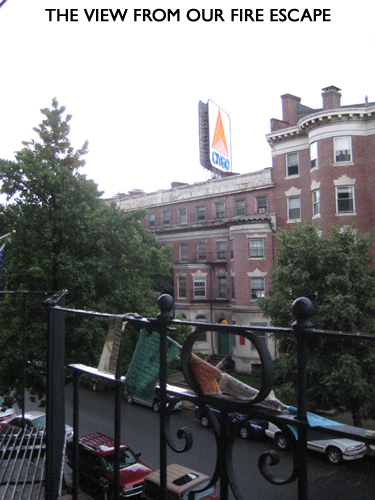 I lived at Phi Delta Theta this summer for a variety of reasons – partially because it was about half as cheap as Burton Conner, but mostly because I’d be living with five of my favorite people. I feel like having roommates is a pretty vital part of the college experience, especially since I hadn’t lived with anyone since my freshman year, and my summer would’ve never been nearly incredible if I hadn’t had Neha to have girl talk with or Lauren to go running with or Anita or Elsa to play Rock Band with or Yuting to dress up in our other roommates’ clothes with. (Actually, I don’t think the others know about that part yet, so if you could keep that on the down low, that would be great.) 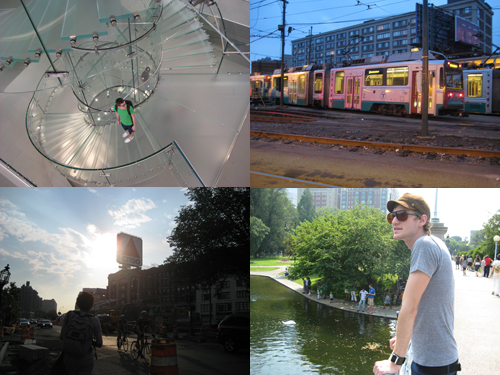 Dressing up and eating dessert at Finale, having a dance party in the speaker section of America’s biggest Apple Store, finding out where the end of the green line is, splashing with the kiddies at Frog Pond, learning to sail, taking a photo class.. I had numerous amazing experiences I would rarely have had during the school year, when the sky turns dark and psets take priority. It helped that Kenmore Square and Fenway Park were right outside my front door, and so it was pretty hard not to experience Boston just from all the aimless wandering I tend to partake in anyway.

And of course, Rock Band. 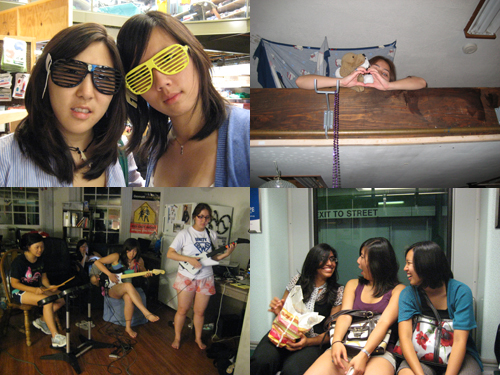 Okay, this part is less about Rock Band than about my five totally awesome roommates, without whom I would not have made tremendous personal developments this summer, and also tremendous personal regression, because they made me watch Sex and the City – not to besmirch their good name, since I was the one who sat and watched the whole thing. Besides that, they were so cool I had to dedicate two sections of this entry to them.

Which brings me to the moral of this story, and number 74 on 101 Things To Do Before You Graduate – spend a summer in Boston. I don’t think you’ll ever really get to fully appreciate the city if you’re only ever here during the school year, and it’s truly worth fully soaking in for at least a couple months. For extra bonus points, live with friends that you love but never lived with before. If not, at least wander outside once in a while – it’s something a lot of people say they’ll do before they get here and then forget about once classes hit, so as long as you keep in mind that it’s there, along with a seriously crippling life-long dependency on Rock Band, you should be just fine.