When I was in Madrid, I often spent my afternoons wandering around in cobblestoned plazas and taking in the sights. However, guess what some of the other more dedicated trippers were doing? Yup, drafting summer internship proposals and applications.

Aye, it’s that time of the year again.

If college students are thinking about their summers, then what are you doing this summer?

Matt drafted this entry a month or so ago about summer programs (and since then, the deadlines for the three summer programs that Matt mentioned on the page had passed, oops =/), and from the standpoint of someone who was pretty involved (in my opinion) during the high school summers, I strongly recommend you to make this summer a meaningful one.

Just a glimpse of what I did in high school: 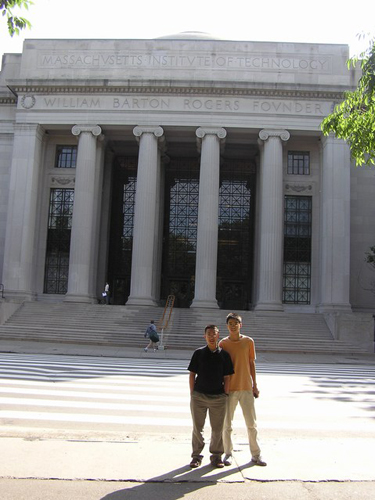 I visited MIT for my very first time…(I’m with Jeremy, my travel buddy to Mathcamp that year. He’s also in MIT right now – class of ’10). 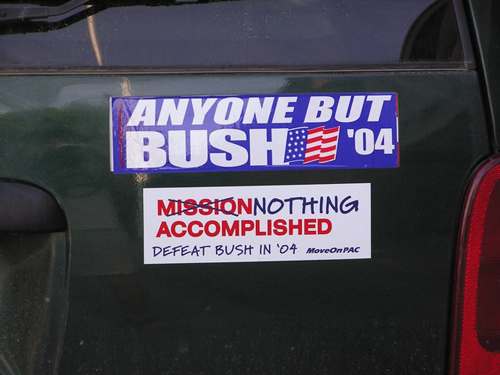 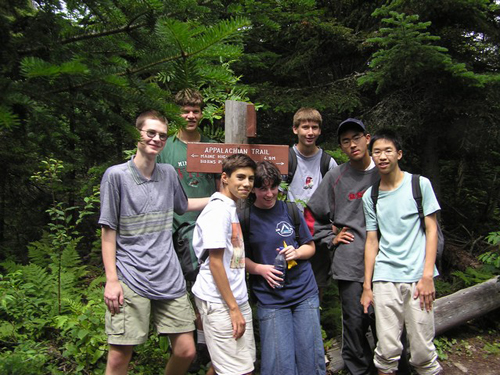 We hiked the Appalachian Trail during the weekends. Sadly, I don’t recall the names of these people except the guy right next to me (he’s at Stanford now). 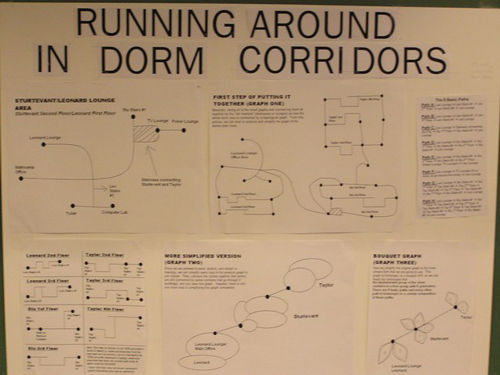 I did my first math “research” at Mathcamp. It was pretty rewarding! (I actually do still remember running through the labyrinth of hallways that connects Colby’s dorms…) 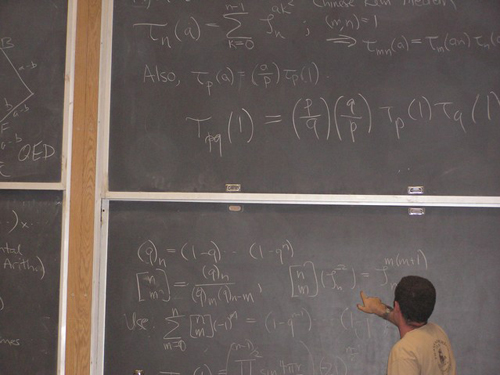 Thirty Proofs in Thirty Minutes (towards the end of the camp, the counselors try to do 30 distinct proofs on the board within 30 minutes). Current Mathcampers, they still have this, right?!

Of course, there is A LOT more, but for the sake of space, I won’t flood you with pictures from Mathcamp. Suffice it to say that it was a summer filled with spontaneous tea parties, LARP-ing, I lost!, Color or Country, Mafia, Settlers of Catan, and more (cool) math than you will ever see in high school (whilst enjoying the beautiful New England summer – rafting, hiking, relaxing…). 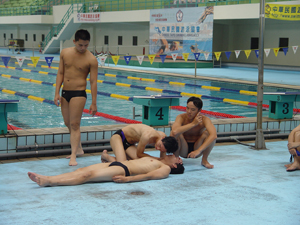 Lifeguarding by the pool. I’m sure our Speedos are very flattering (as a matter of fact, you HAD TO wear speedos. I got a huge scolding from the head coach on the third day of training – “Do you think you are going to the beach?! What’s that you are wearing?! Tell me, do you think those shorts of yours will make you go fast in the water?”)

The truth is, however, that wearing Speedos does make you go much faster. :$ 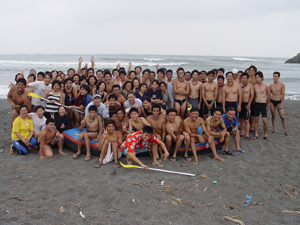 We were also trained in beach lifeguarding (which is quite different from that of the pool). We learned how to incorporate water jetskis as well (in case the rescue occurs a bit off the shore). 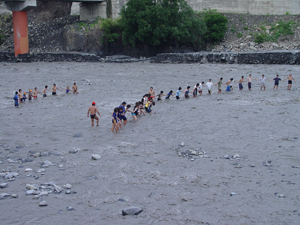 Moreover, we also went to the rivers to train for emergencies in inland bodies of water (for example, if someone falls into a river during rafting). This was right after a typhoon, so it was actually quite difficult. 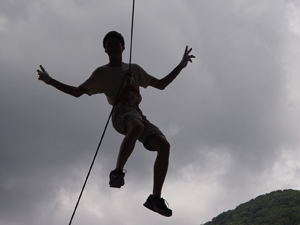 A fun component to the course was the use of ropes to descend from heights (such as going from a bridge to the riverbed through using a stretched-out wire and a rope that you tie around your waist).

Right after this summer, I took the American Red Cross version of Lifeguarding in my high school, and truth be told, the Taiwanese version relies on a lot less equipment as the American version (this means that you can get to the victim faster, but also mean you need to have A LOT more arm and leg strength). It was quite a rewarding summer – aside from the lifeguarding skills (I’m still a certified lifeguard!), I can still swim 25 meters without surfacing to breathe :) 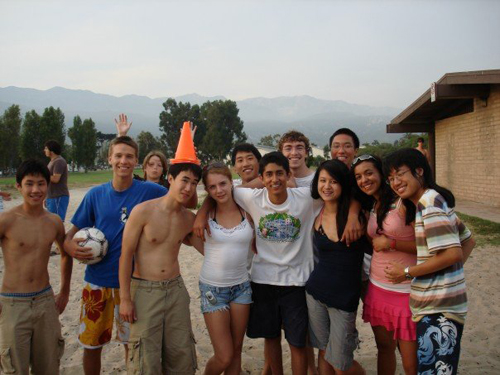 Some of the ’06 Ojai-ers. Quite a lot of them are now at MIT! (there are 7 here now, out of the entire program) 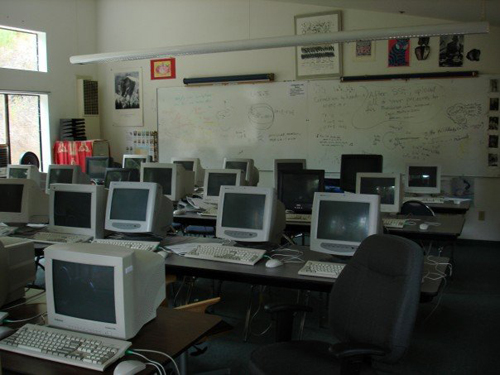 We did a lot of programming that summer. VPython brings back interesting memories…(I should go dig up my VPython model of a miniature revolving solar system. That took me like 3 afternoons and 2 nights…=/) 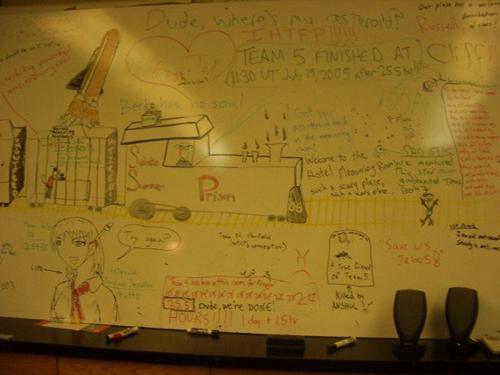 We had to “measure” the distances between the stars in the films we obtained while observing at night. If the errors were too big (we knew what the errors were by plugging the measurements we got into a program), then it’s back to square one. In my year, I think one team had to restart 15? times. As you can see, many teams vented their anger on our communal board. =p 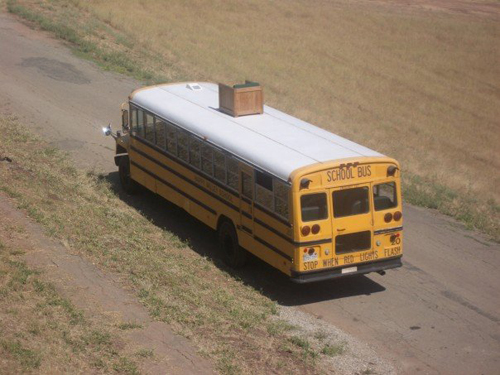 I had never been rigorously exposed to physics and programming until I got to Ojai that summer, and I remember looking back on “Graduation Day” at the code that I wrote for my asteroid OD (Orbit Determination) program and being surprised at the amount of technical knowledge I acquired. Aside from that, I also learned how to work a telescope, develop film, and play poker (=p). Also, a highlight of the summer was a trip to Caltech (it’s kinda funny how this was like the antithesis of summer ’04, when I visited MIT) and JPL (Jet Propulsion Laboratory).

By the way, the stars at 2 in the morning from Ojai Valley are beautiful.

Truth be told, the people I met through my summers in high school taught me a lot about myself outside of the classroom. In high school, I was pretty limited in terms of the curriculum and the options that I had. Through my summer programs, I discovered many fields of interest (for example, a rigorous programming class does not exist in my high school) and a lot of other people that share the exact same interest that I do (just go to Mathcamp and see the energy of math for yourself!).

Some things to ask yourself as you consider your upcoming summer:

*What are the priorities for my summer? (e.g. travel, learn something new, chill and relax, volunteer)

*How much is everything going to cost? (but don’t worry too much about this, most programs have a system of getting financial aid if you ask for it – regardless, your parents would probably care)

*What do I want to get out of my summer?

To be honest, I was really conflicted inside during Summer 2005. I wanted to go to another program in the States, but I was rejected by the two programs that I applied to. Finally, an university summer school accepted me, but hesitated on replying “yes” because I wasn’t sure I wanted to go to America just to take regular classes during the summer. I ended up turning it down and staying to do lifeguarding training. Needless to say, I enjoyed my alternative choice immensely and it really expanded my interests in aquatics (I was just an avid swimmer before, but didn’t have any interest in lifeguarding).

Perhaps I post too much on CC, but I urge you strongly not go to a program just because you think it would look “prestigious” on a college application. I know people who did summer activities just because they got into a renowned program, and ended up hating the summer. They returned to school without any rest (the program was too taxing), and burned out quickly into the next school year. The summer was designed to be a “vacation,” and anything you do aside from relaxing should be something that you want to explore because of your own initiative, not something designed and thrust upon you by your parents or your counselors.

But given all of this, don’t feel compelled that you must do a summer program, all the same. The key is to do something that you feel will enhance or further your goals. If you had a killer term and want to spend a big part of your summer relaxing by the pool, then go for it! You do not need to have amazing summer experiences to get into college. If you don’t want to pay $3000 to go to a 6-week summer program, spend time volunteering in your town or picking up a new hobby. One of my friends worked at a convenience store the whole summer, and he picked up so much management experience that the owner of the store hired him to be a manager during the school year. Another chose to spend his summer on the beach, and his unintentional observations about the behavior of hermit crabs led to a research project.

The possibilities are endless. Search around (you can find many lists online, just be careful of the deadlines!), plan ahead, but most of all, ask yourself what you want summer 2008 to be.