This IAP, Cambridge defied its cold-weather stereotype yet again by not only refusing to snow for more than a few days, but by having unreasonably beautiful, balmy days straight through most of January. They almost made me want to wake up and go outside. 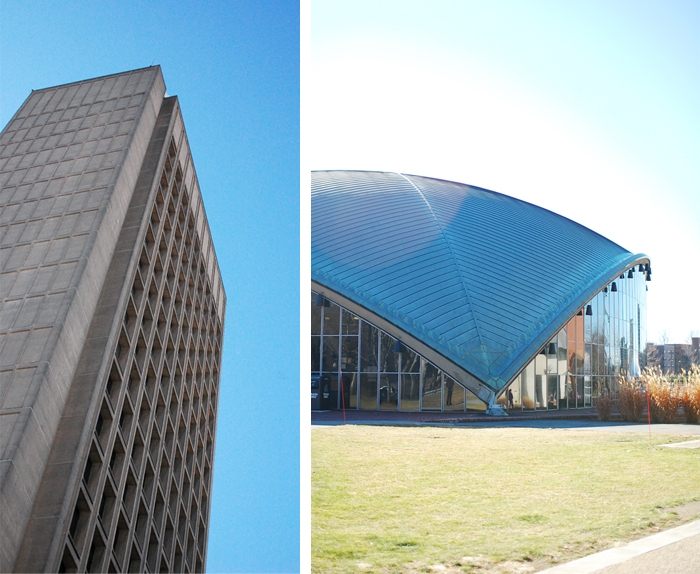 In a manner not dissimilar to that of this video’s protagonist, I actually did.

Last Monday, I and other early risers traveled as far as the lawless borders of West Campus to check out Techfair, MIT’s annual student-run technology expo. It features and is sponsored by tons of tech companies — over 60 this year — but also shows off and helps fund student projects.

a day at the fair

I was welcomed to Techfair by various collections of informative novelty balloons, and Voltage Coffee‘s owner, Lucy, who made me a ridiculously delicious chili-cinnamon hot chocolate.

At one booth down the first row, a few students had seen fit to revive the traditional Olympic sport of DDR Tetris. Beside them, representatives from Lytro were demoing their new product, a camera with a sensor that captures much more light information than normal cameras, which just calculate a color for each pixel and leave it at that. Its most heavily marketed capability is the ability to “refocus” pictures after they are taken — or rather, I guess, to generate 2D projections simulating the effects of a particular focal length, using the massive data from an image capture. Since all that awesome vector information is captured, they also have the capabilities to generate parallax shifts and 3D representations of captured scenes, which they’re still working on the software for. 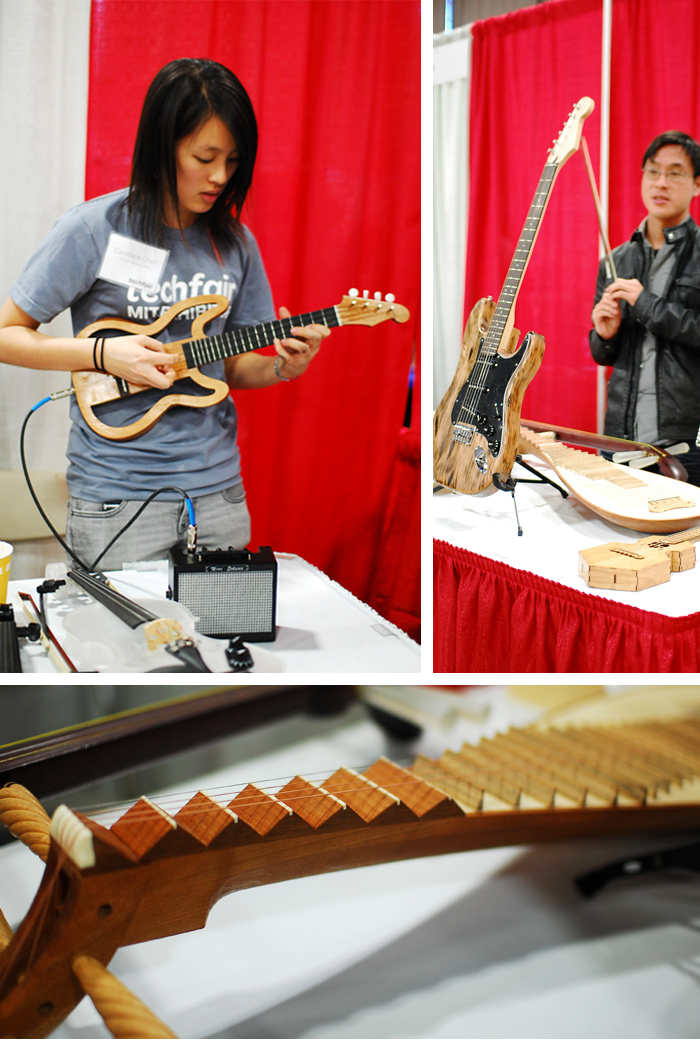 You all know what this is. 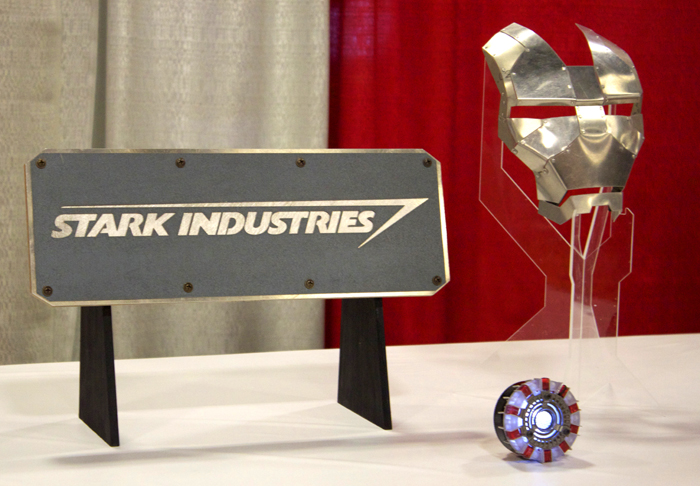 Not far from the Hobby Shop booth, MITERS, best described as People Who Make Stuff, and oft-mentioned on these blogs in posts about Charles Guan, was crackling with crazy creations. Their Jacob’s Ladder was festooned with the second-largest capacitors I’ve ever touched. 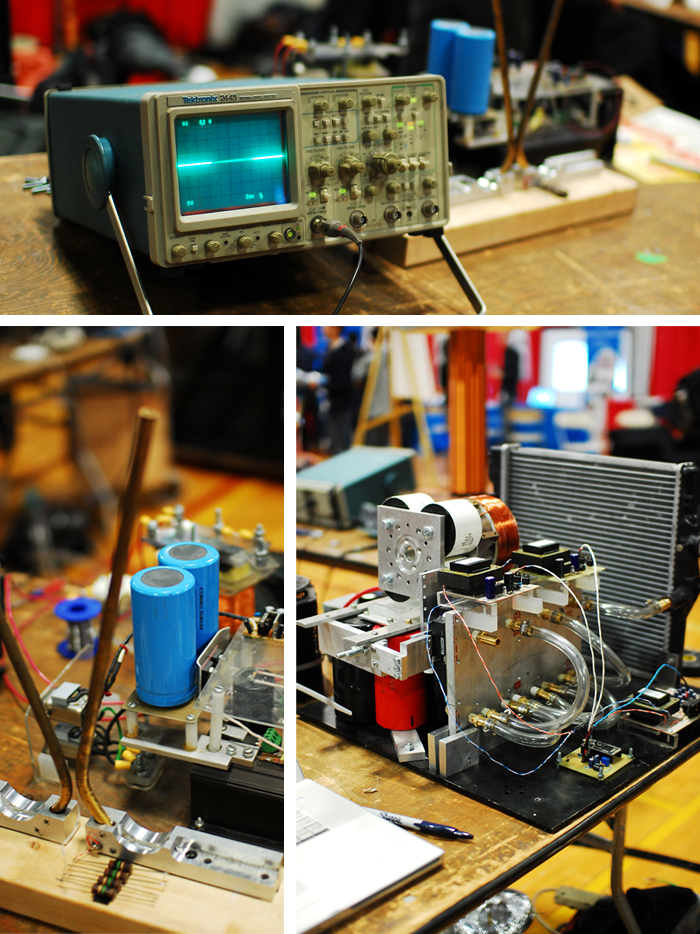 Also present: an 8-foot tall Wimshurst generator, and enough quadrotors to down an elephant. 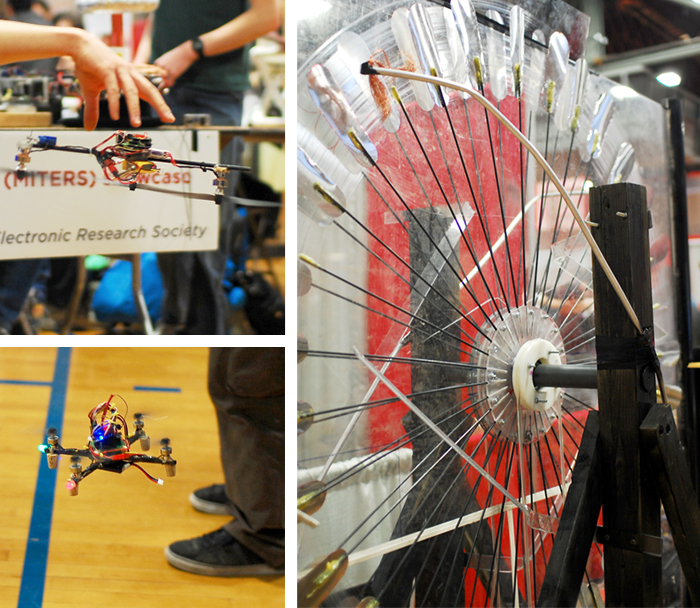 Swag, lots of swag. If my collection of free knockoff Ray-Bans continues to see the same growth it did over Techfair, I should be able to sculpt a pair of giant novelty sunglasses big enough to fill this venue from the melted-down materials within a year. In stark contrast to my terrible jokes, Twitter had some beautiful notebooks, jobs, and data to flaunt. 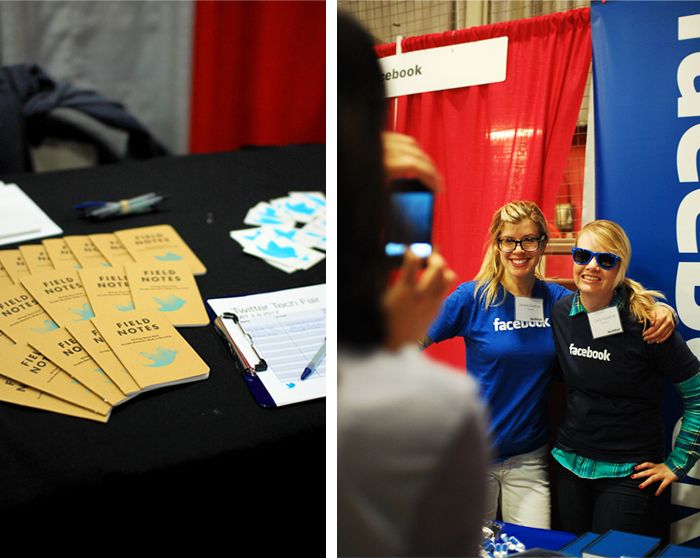 Couldn’t help but stop and admire the suave graphic presentation of Palantir‘s printed blurbs about Serious Things In Life, a.k.a. jobs. 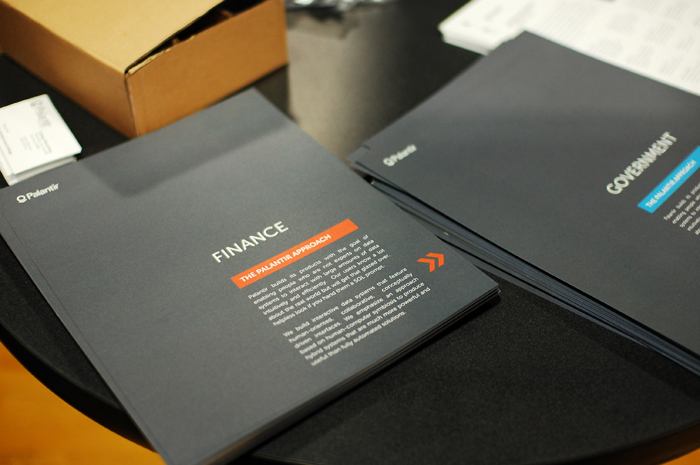 The student exhibitors had a few…novelty methods of transportation. Bullet was by far the most active; I saw at least five people test-driving it over the course of the day. 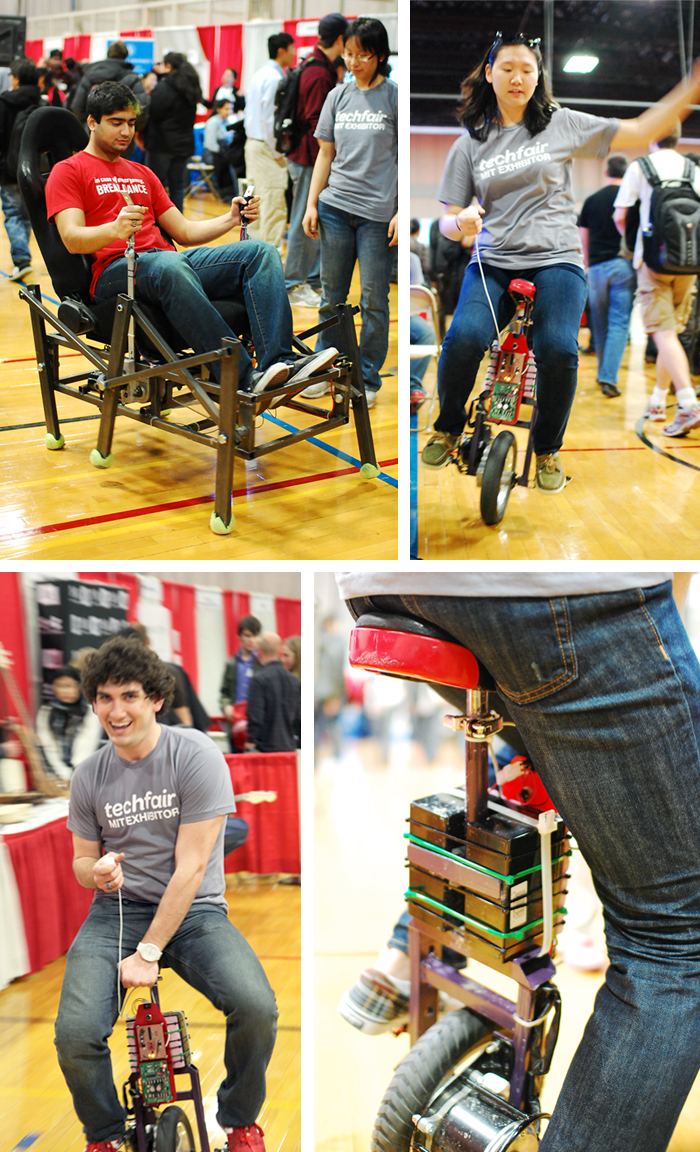 The weekend before the big event, Techfair held an inter-school hackathon sponsored by Facebook, who shuttled in undergrad hackers from Brown and Harvard. 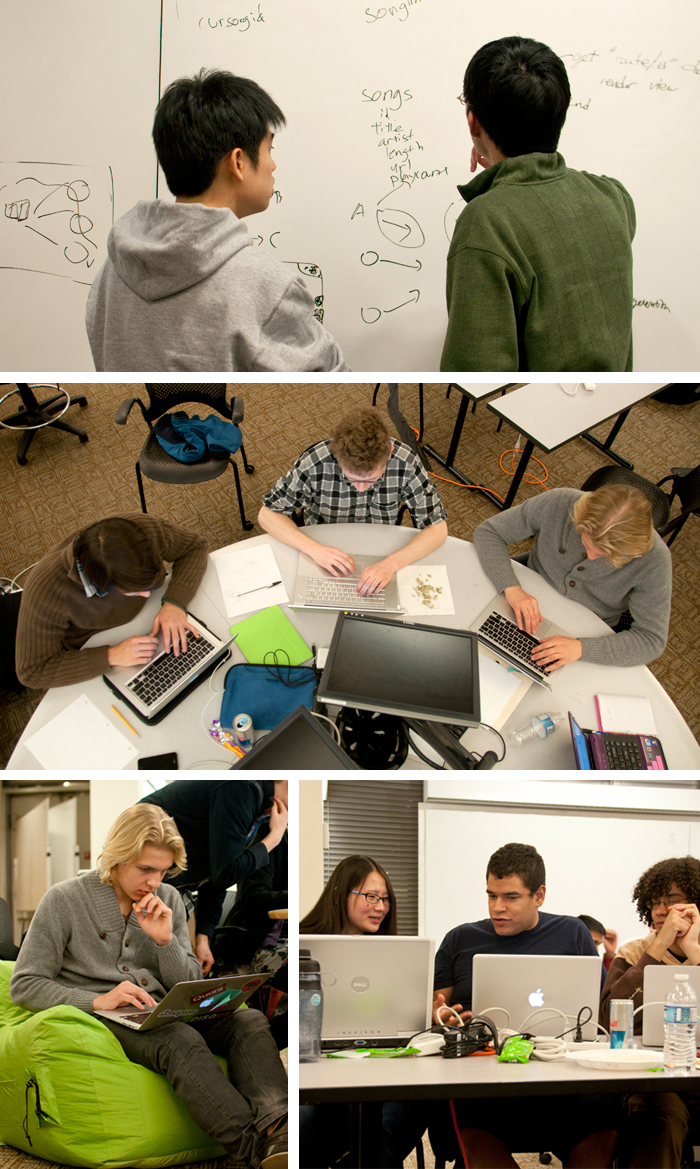 At intervals, they ordered food with enthusiastically generous margins for error. The schedule for the night/morning went something like this:

Understandably, the room turned into this very quickly: 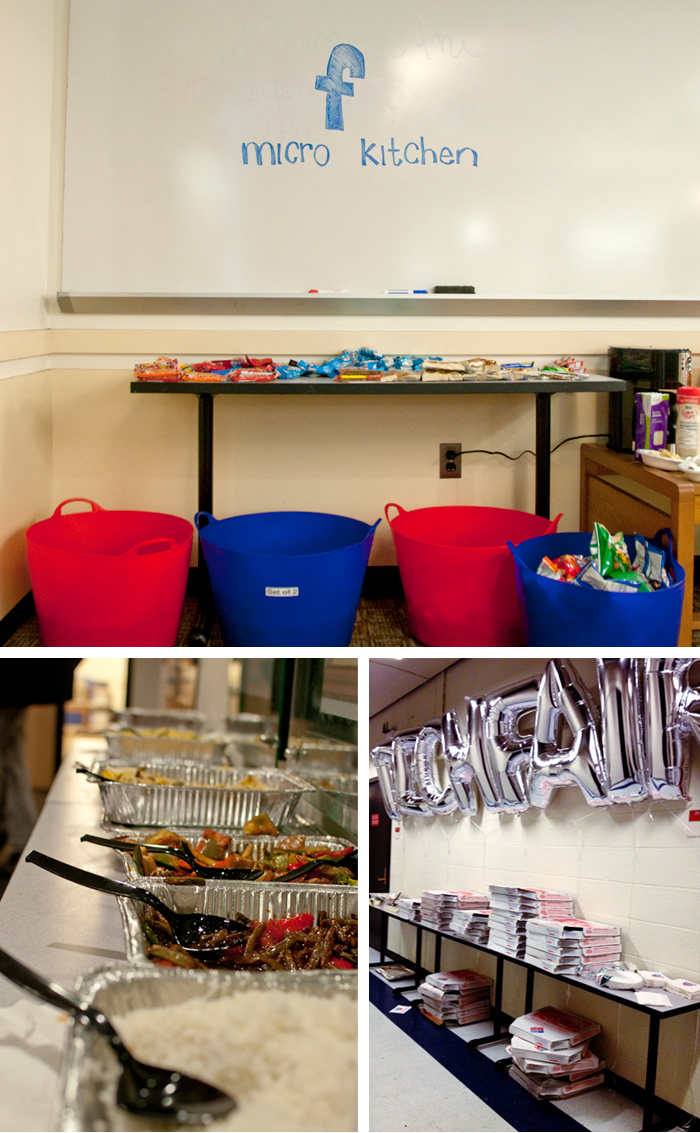 Techfair is accompanied by a host of other events, including company tech talks, a startup panel, and a company banquet. The tech talks, which spanned an entire Saturday, addressed topics such as commercial developments in speech recognition software and controlling neurons with light. The latter sounds like an overexaggeration out of a Cracked article about world domination, but in all seriousness, an MIT Media Lab professor is currently using this technique to research the inner workings of cognition and treatments for brain disorders such as epilepsy and Parkinson’s. 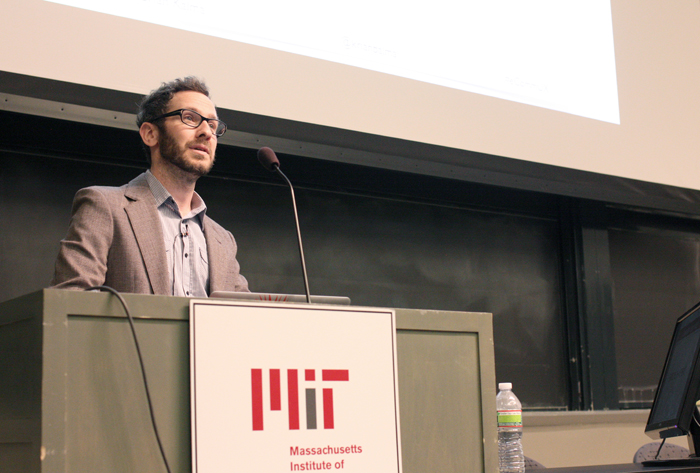 While we’re at it, let’s not forget the afterparty Techfair held on the top floor of the Media Lab. Yes, the one with the riverfront balcony and floor-to-ceiling glass windows. 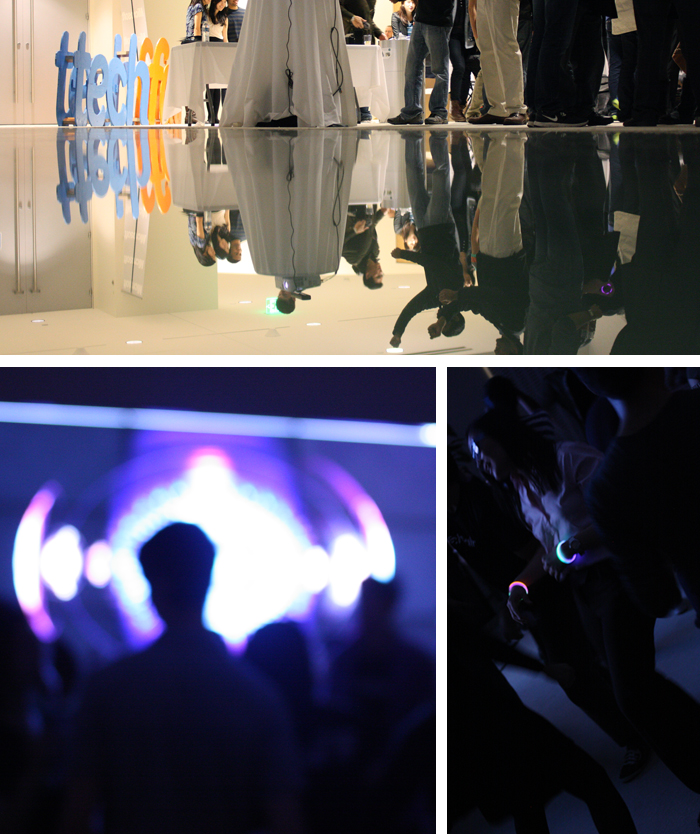 It was insanely cool to see everyone’s efforts come together for Techfair, from the sleeplessness of the weekend hackathon and its thirty boxes of pizza, to all the demos and prototypes that companies from tiny startups to Microsoft had brought in, to the Tesla coil that suddenly started throwing lightning bolts from the MITERS booth in the middle of the afternoon. Stay exciting forever, guys. 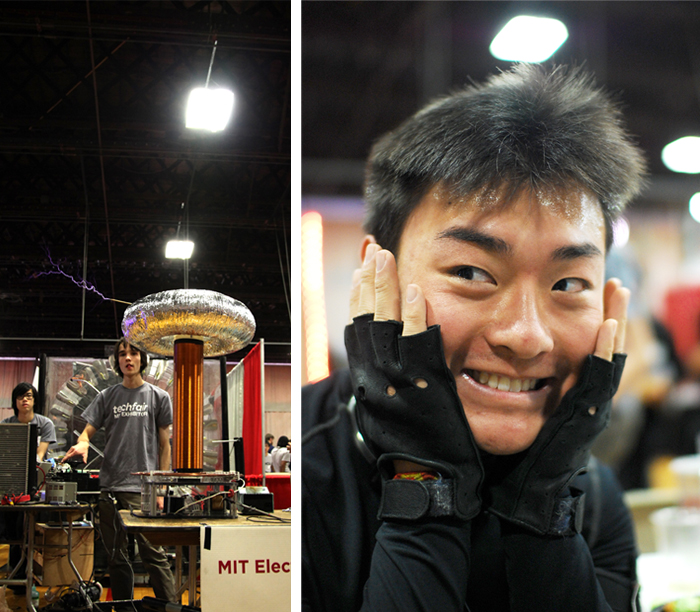 Techfair will be looking for applicants for its planning board in the fall. If you want to be part of the team that makes it all happen, keep an eye out!

Thanks to Lytro for this interactive photo. Click to refocus!