If there’s one thing I’ve learned during my first semester at MIT is that there is a difference between a bad question, a difficult question, and a rhetorical question.

Now, if you were a professor asking this difficult question to a group of incoming MIT freshmen for them to answer in a single semester:

“How would you effectively prioritize the biggest issues facing our planet, develop feasible scientific, social, and economic approaches to addressing them, keeping biodiversity in mind, and present it all in a convincing manner?”

Their rhetorical question-response would be: “Isn’t that like asking how I would save the world?!”

Not to mention that some of their faces would look like the picture on the left for 70% of the semester, and like the one on the right for the remaining 30%. heehee.

How can I be so sure, you ask?

The images you see above are actually visual representations of me while working in a team to attempt to answer that very question. No worries, I enjoyed every minute of time-pressured-pondering-facial-contortion. ;D

You see, I’m part of a learning community open to freshmen called Terrascope. As part of being in Terrascope, you take Solving Complex Problems (12.000) in the fall, which is, “designed to provide students the opportunity to work as part of a team to propose solutions to a complex problem that requires an interdisciplinary approach.” This fall’s class, Mission 2015, answered the difficult question above, and each year’s class has the tasks of researching a major global issue, eventually proposing a multi-faceted solution in front of a panel of experts, and compiling a website to explain the problem and solution. Previous years’ topics range “from the collapse of the global fisheries, to access to clean fresh water, to stemming the rise of greenhouse gases, to feeding nine 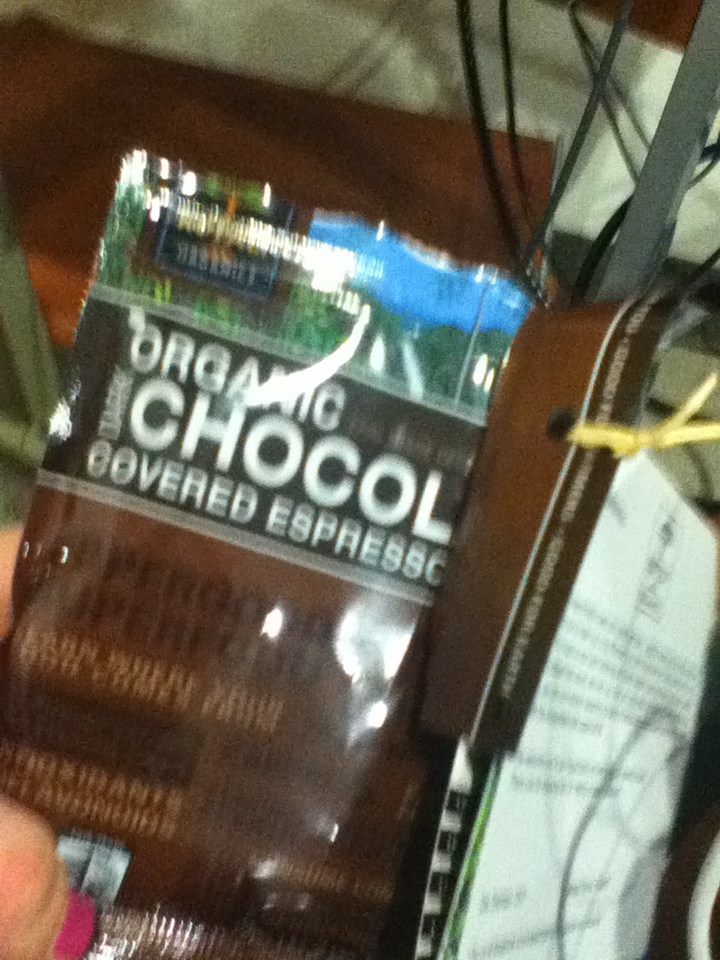 The class is entirely self-taught, as students decide when to meet, what course of action to take, etc. Of course, there were Undergraduate Teaching Fellows (UTFs)* and mentors available to help us out when the going got rough and we asked for help on how to put everything together (they also helped by cooking food for our meetings [because the terrascope room has a kitchen] and give us scrumptious chocolate-covered coffee beans to keep us awake, pictured to the right). Being in Mission 2015 really made me think about the world as a complex system, and it helps me think about problems in general in a systematic and efficient fashion. With the right mindset, questions are not unphanthomable–they’re either just really difficult or simply bad. 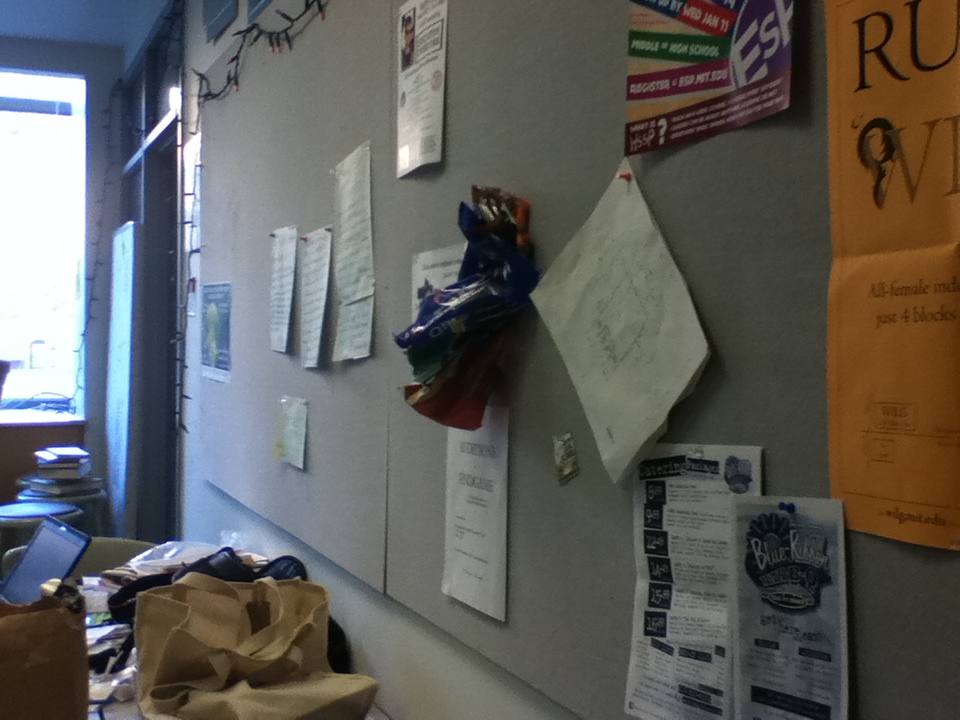 Also, it’s pretty awesome when your  classmates decorate the board in the Terrascope room such that you could come in one day and find this.

When I asked why all the garbage was tacked onto the board, I was swiftly answered by “We’re plotting how much more food we’ve been consuming since we realized we only had a few days left until the presentation.”

In any case, even though Mission is over, the Terrascope experience can continue with two optional spring classes:

1. 1.016, Complex Environmental Issues, which takes some of the ideas that were developed in Mission in the fall and attempts to implement solutions. And…

2. Terrascope Radio (SP.360), which develops a radio show to help spread the word about the year’s topic.

I know for sure I’ll at least be taking Terrascope Radio next semester, and I can’t wait to experience what it has in store!

If you have any questions about Terrascope, leave them in a comment!

In the meantime, I shall be refraining from asking my little cousin (who was just explaining to me that aliens are going to attack the earth) why he would think karate is enough to rid the planet of aliens should they invade earth, and how he will convince everyone on the planet to learn karate given that there are so many other problems facing the world, and whether it’s even a possibility that aliens will come and invade our planet to begin with. I don’t think he’s quite ready to answer these questions, or give up the fact that karate isn’t the magic solution to ALL threatening things.

* UTFs are undergraduates who went through MIssion themselves as freshmen, and Mentors are usually graduates that were in some way involved with Terrascope. A big thank you to all of you!