The Craziest of Weeks by Elizabeth C. '13

Hello homies. It’s been a while, right? I feel like I start off every blog entry like that. I should work on it. Anyway, I would like to formally welcome you admitted and delightful goobers to the Institute. Four years ago my Pi Day was filled with lots of screaming of excited expletives (that I can’t post on the blogs) with my dad. I earnestly hope that you celebrated accordingly, and similarly.

Flash forward four years and you’ll see that my 2013 Pi Day was equally exciting, though in a totally different way. Actually, I had a week that was a little nuts. Shall we recap? Let’s do it!

It all started a couple weeks ago, when I had an email exchange with my academic advisor that went a little something like this:

Advisor: “Yo dawg do you want to go to London next week?”

Figure 1. My internal reaction to my advisor.

Wednesday night: Travel agent books my airline tickets and hotel confirmation for my trip that’s supposed to start in less than 48 hours.

Thursday morning: Spend the morning with my 20.380 group working on our design pitch. I’m currently taking the Course 20 (Biological Engineering) senior capstone class, which is essentially a course on “How To Make Stuff And Not Have It Suck” as it is related to microbes. We spend a semester together with our team and develop a novel product to tackle antibiotic resistance, cancer, and/or manufacturing/synthetic biology while considering experimental design, testing, business models, patent issues, cost analysis, and all the fun things that you sort of forget about when you’re taking regular classes. I frantically assemble some slides to illustrate the motivation behind our team’s product for the upcoming design pitches. 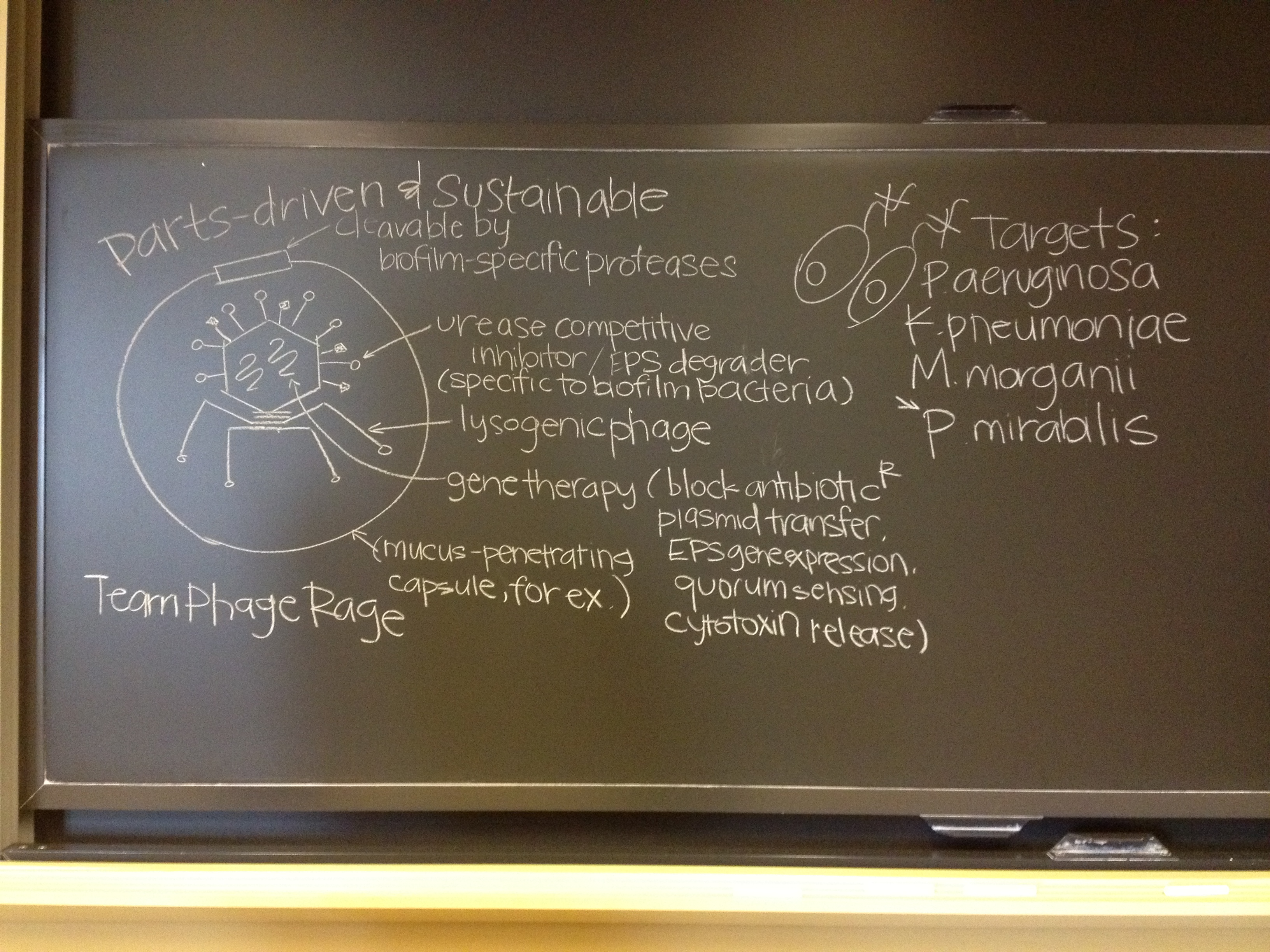 Thursday afternoon: Swing by lab to finish up some experiments for my undergrad research project (UROP). I work for this guy on caged nanoparticle drug delivery. Then go to 21A.301 (Medical Anthropology of Disease and Health in Society) and watch a pretty intriguing documentary. Also, only at MIT would the entire class stick around voluntarily after a movie to discuss it, even though the professor isn’t there.

Friday: I mosey on over to Logan Airport not-so-bright and early in the morning. I have no idea who’s going on the trip from MIT, nor do I really know much about what I’m supposed to do there.

Figure 5. Maybe if we host the Olympics we can have nice things, too. 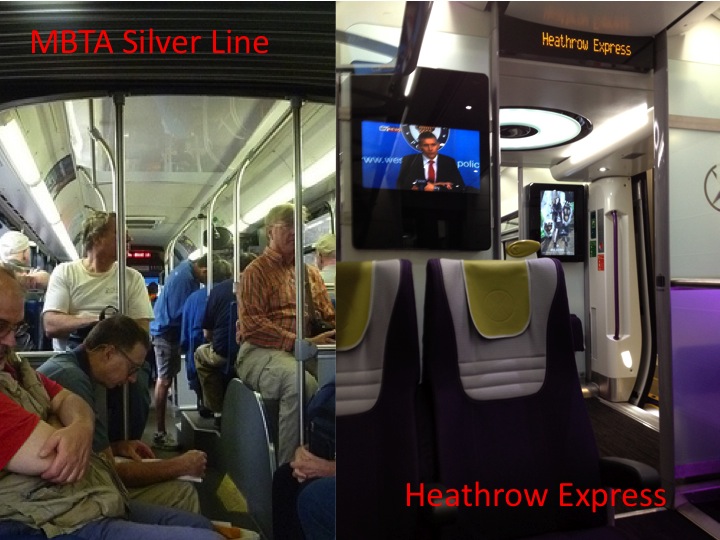 Saturday: Wake up and meet up with a friend from high school who is studying abroad in London this semester. We galavant around the Natural History Museum and the Science Museum like typical American tourists (or about as typical as a Peruvian American and Korean American can get?), which involves being loud, running into things, and looking the wrong way before crossing the street. Admission to almost all of London’s museums is free. And as we all know, free is my favorite number.

Figure 6. Seb and me hanging out with Darwin at the Natural History Museum of London. 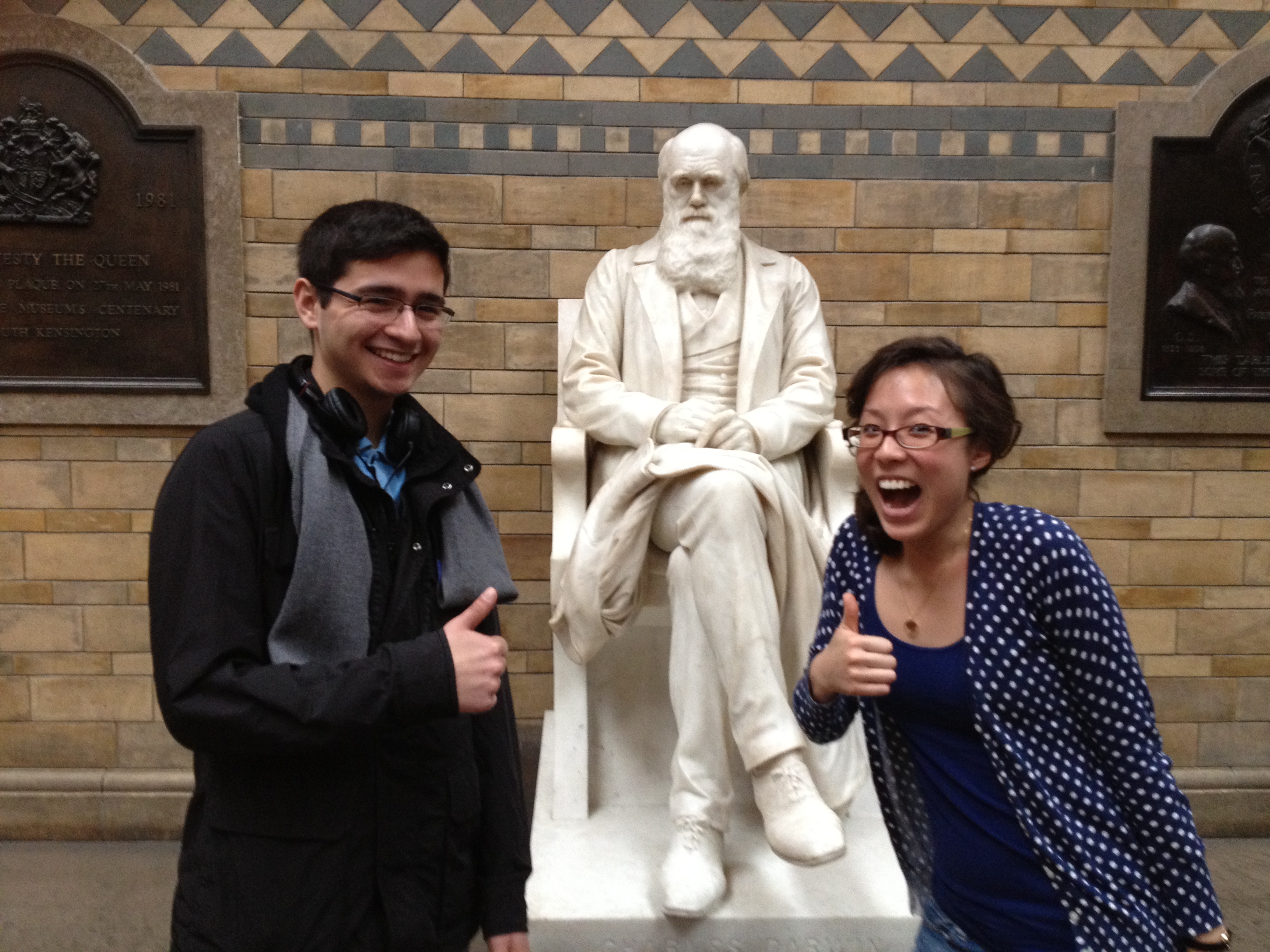 Sunday: My liberal arts side geeks out as I visit the National Gallery of London to see works by Saurat, Van Gogh, Michelangelo, Monet, Manet, Cezanne, Da Vinci, Raphael, Vermeer, and a new favorite – JMW Turner. Then I book it to Tate Modern where high school Elizabeth sees works from her heros, Man Ray, Mark Rothko, Kandinsky, Picasso, Matisse, and Magritte. Then I get massive LOLz trying to locate a Roman Catholic church in the heart of London.

Figure 7. Not my hotel, although it was right next door to it. 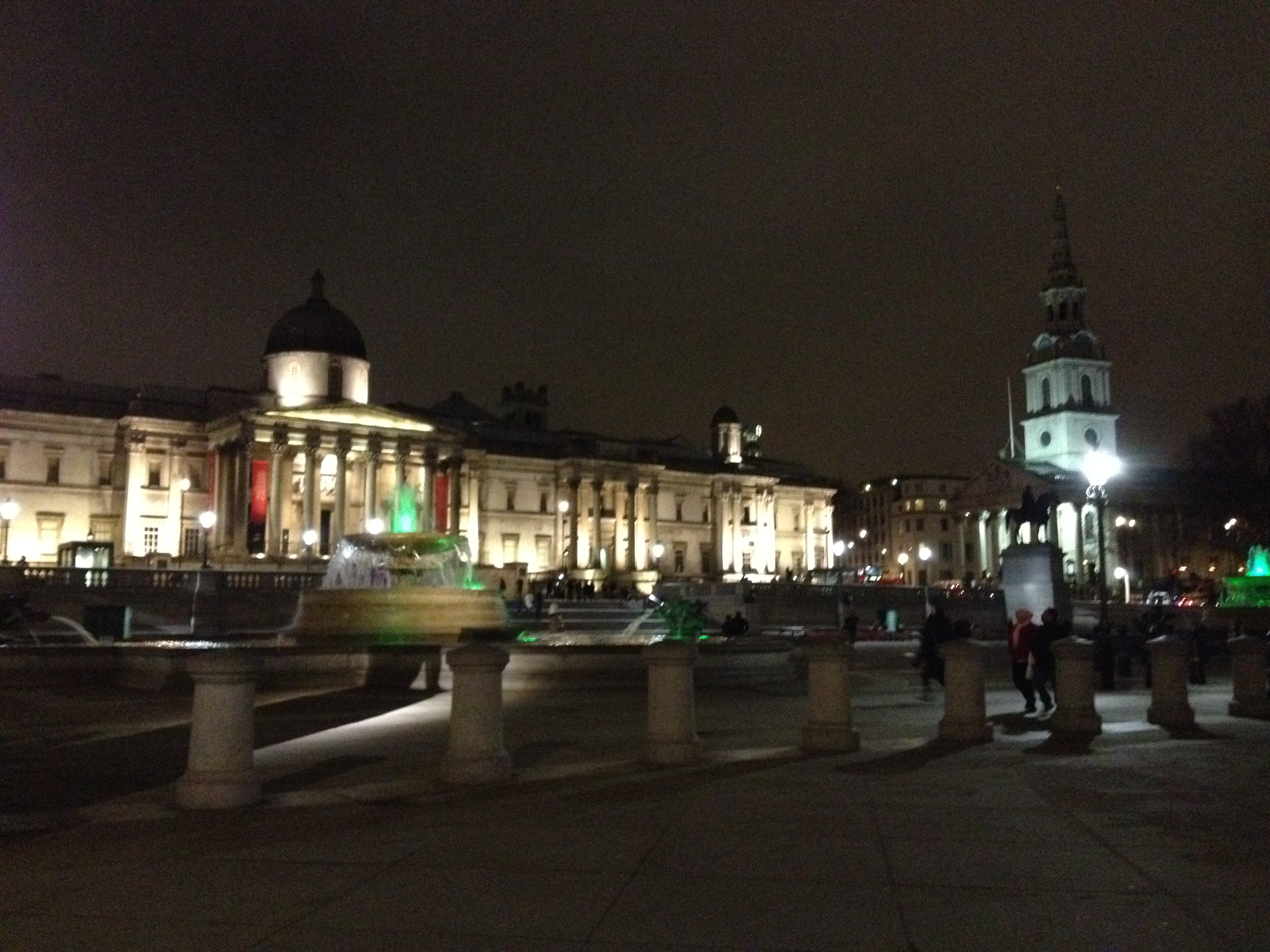 Monday: The real reason why I’m in London! I put on big girl clothes (wut iz this business attire you speak of??) and walk over to the Royal Academy of Engineering, where folks from RAE have organized a Microsoft-sponsored student day gathering around 60 engineering students from around the world to tackle one of 6 global challenges. After splitting up into groups consisting of undergraduate and graduate students from all over the U.S. and U.K., we hear from industry professionals – everyone from the guy who designed the 2012 Olympics velodrome to an academia spin-out company founder – who teach us principles about design and presentation. On my team are students from London, Chicago, Ohio, and even an MIT alum who also worked in the Langer lab! We get roughly 5 hours to come up with a design pitch of a solution to one of the global challenges, and then have to present it to a team of mock angel investors who will select a team to present to the RAE, National Academy of Engineering, and Chinese Academy of Engineering-sponsored 400-person conference on Wednesday. Basically, we had about 5 hours to solve the world’s problems. NBD. Well our team ends up not doing too shabby, as we win the thing, despite us literally coming up with an idea 30 minutes before the pitches were supposed to happen and as I literally doodled a Powerpoint presentation together minutes before we went up to present. Where is that Beyonce gif when you need it?

Figure 8. Our team tackling the challenge of health care accessibility. Many thanks to the Global Grand Challenges Summit Staff for the photo! 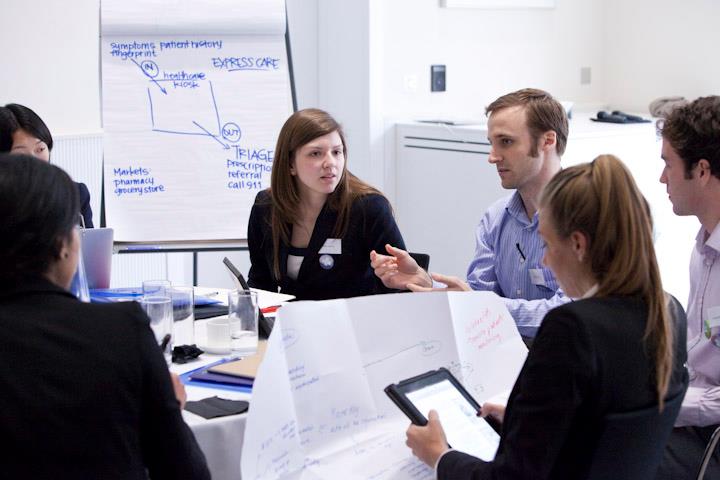 Monday night: A hilarious dinner with rowdy Americans, Brits, an Italian, and a Cypriot. I wish I had photos now but you’ll have to hold on and trust me on this one. Meeting new people = the best. I met so many thoughtful folks from all over the world, from so many universities, all trying to make the world a better place. Never has it been more evident to me that it doesn’t matter where you are so much as what you do. It was humbling and exciting and gave me a renewed sense of purpose, which was unexpected but something I’m grateful for nonetheless.

Figure 9. How I feel when I meet new people.

Tuesday: The other real reason why I came to London – The first ever Global Grand Challenges Summit begins, as roughly 400 engineers gather to discuss how to – literally – solve the world’s problems. This day and the following merit their own blog post, so worry not – there will be LOTS more on this, I promise! But in a nutshell, I heard speakers ranging from Craig Venter (who I have some serious beef with, which made for an interesting experience) to MIT’s own Bob Langer (oh hey!), Angela Belcher, Neil Gershenfeld, to fashion designers, to FIRST’s Dean Kamen. Quick highlights:

Wednesday (Pi day): More conference! More speakers! More on this later! Our team presents to the conference and we even get some people e-mailing us about investing in the project. So, who knows where it’ll go?

Figure 10. Two of our team members pitching the idea of Telehealth Express. 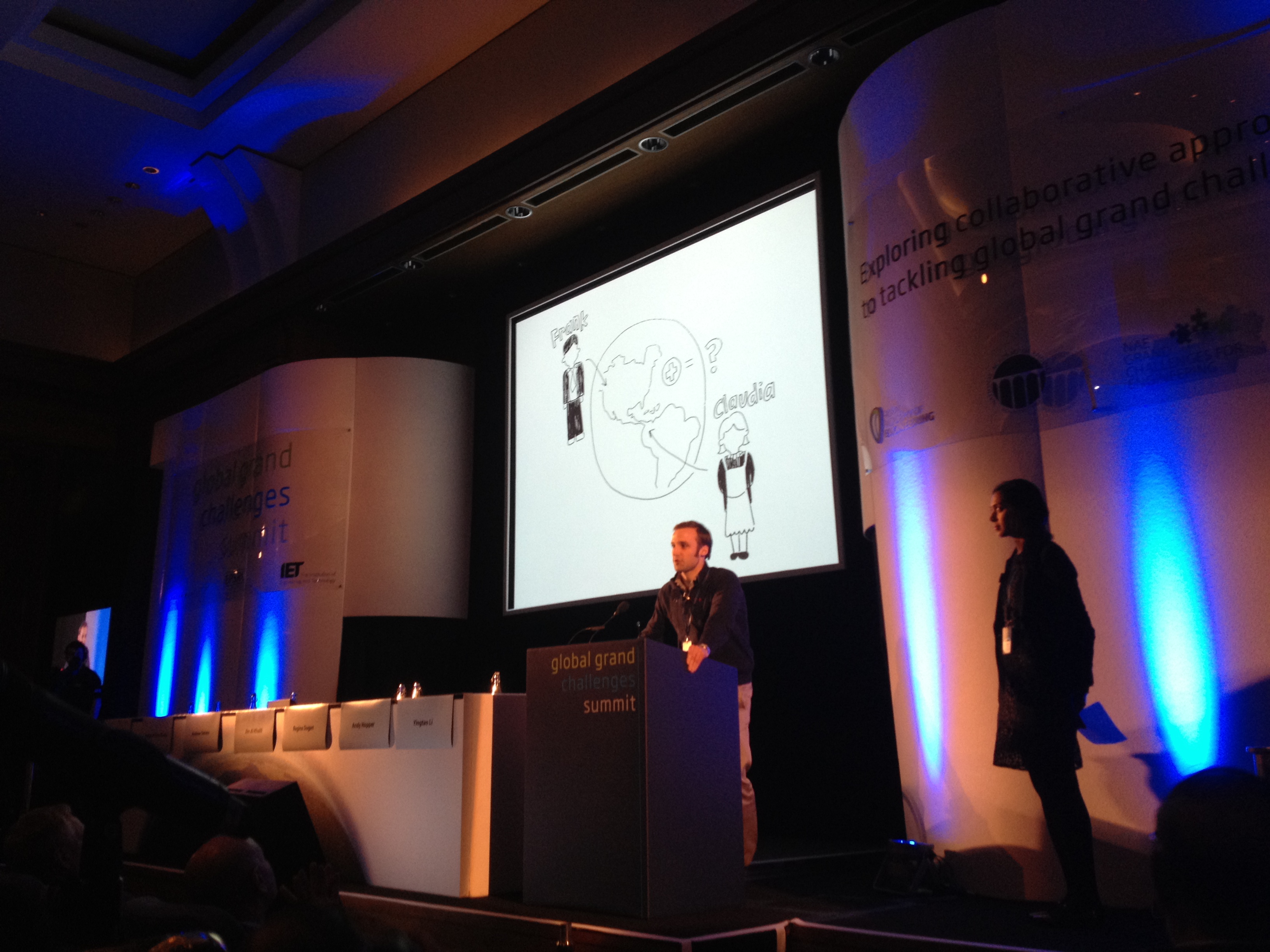 Then I book it to the airport, where I BARELY make check-in thanks to a delayed flight. I pull out some papers I need to write and a manuscript I need to finish, but end up talking to the lady sitting next to me for hours. Turns out that she’s from France, but flying to Boston from Vienna, and she’s recently met one of my documentary professors from last year. The world is so small! We talk about Mozart, my research, her research (turns out she lectures at Harvard Medical School), and pastries. Like I said, meeting new people = the best.

Figure 11. Go team! Many thanks to the GGCS team for the photo. 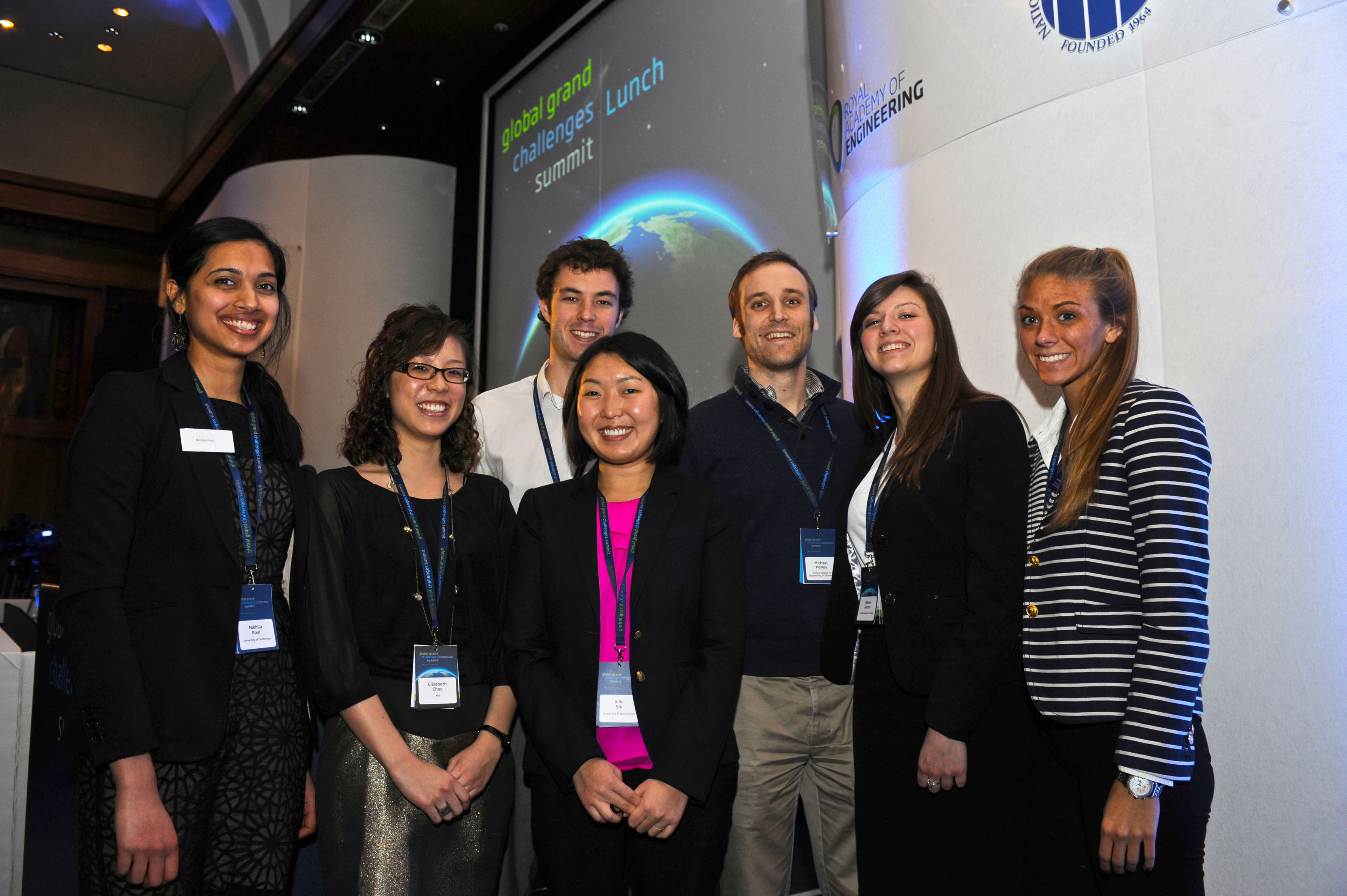 Thursday: I wake up in a bit of a daze and join my 20.380 team early in the morning to rehearse our design pitch (ack so many pitches!) and in an hour, we deliver it to the class. More class in the afternoon, a quick dinner, and I head over to Kresge Auditorium to join MITSO as we begin our first day of recording Rite of Spring. It’s the first time we’ve recorded a CD since I’ve been in MITSO, so it’ll all pretty exciting.

Figure 12. My crappy photo of MITSO getting ready to record. 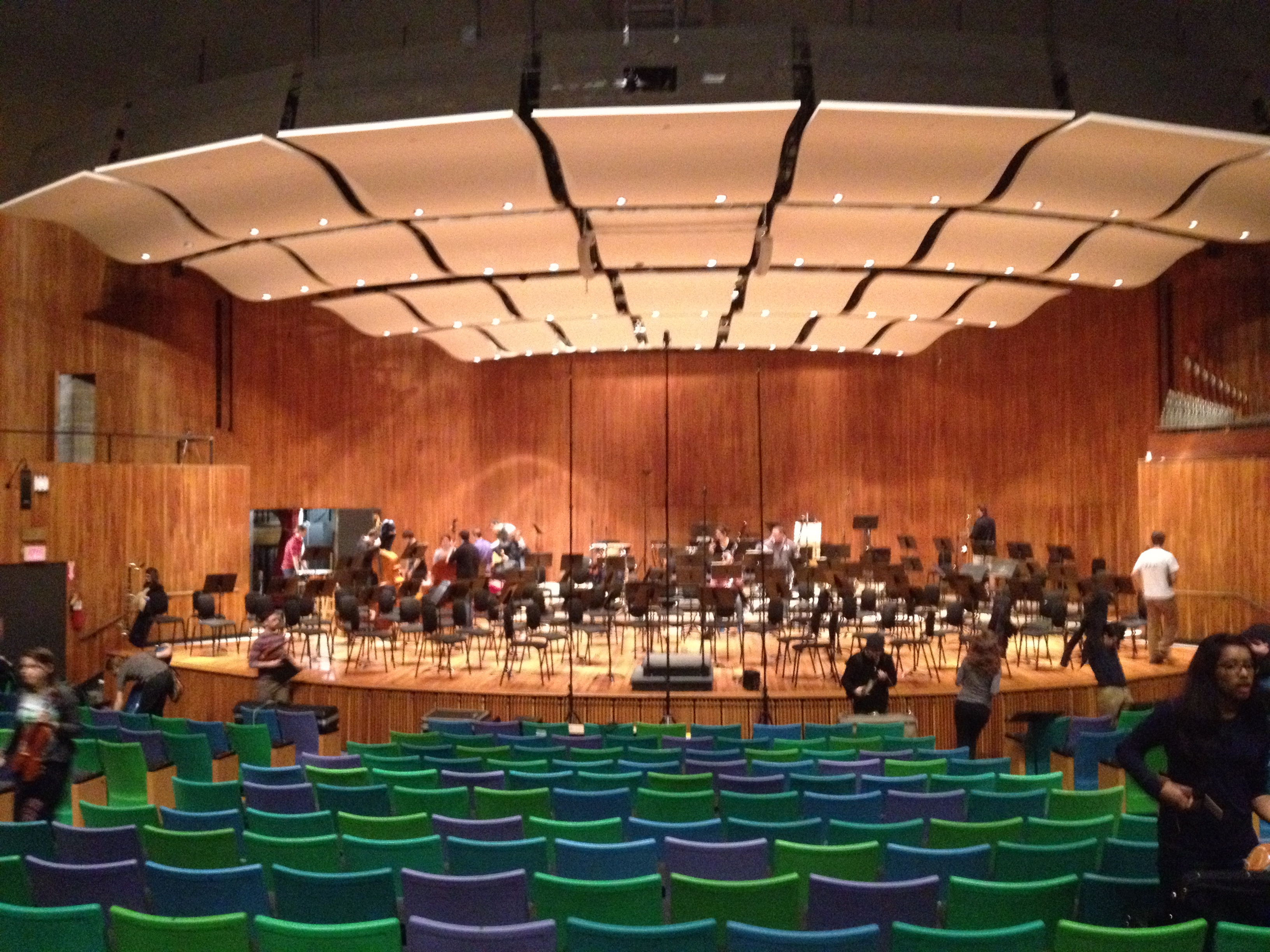 Friday: To be honest, I don’t really remember what happens. But I do remember playing the MITSO concert to a sold-out Kresge.

Figure 13. How I feel when I’m playing Stravinsky.

Saturday: Work work work to make up all the work I didn’t do in London. Then I head over to WMBR to host my radio show (P.S. remember that one time I blogged about crossing off #12 on my senior bucket list? Well I loved hosting a radio show so much that I decided to apply to have my own, so now that’s a thing.). Then more work!

When the evening rolls around, I meet my friend, Steven, who has given me possibly the GREATEST BIRTHDAY PRESENT OF ALL TIME… We end up having a hilarious conversation with a random Emerson College student on the #9 bus (again, meeting new people = the best), who ends up showing us the way to our destination – Brighton Music Hall, where the Dropkick Murphys are about to play one of their annual St. Patrick’s Day/weekend concerts (which I get to witness because I have an awesome friend who knew what #5 on my senior buck list was). We squeeze in with a couple hundred diehard, Bostonian fans, and proceed to witness a most supreme show. So much noise. So much sweat. So many Bruins jerseys. So. Much. Fun. Also, can I just comment that punk musicians and fans are some of the most women-respecting and considerate people around? Really. And the guys in the band were incredibly nice, bringing people on stage at the end for “Dropkick Karaoke,” where they had fans pick songs to sing. I cannot think of a better way to ring in St. Patrick’s Day and my birthday.

Figure 14. “Is there anybody hooooommmmeee??” 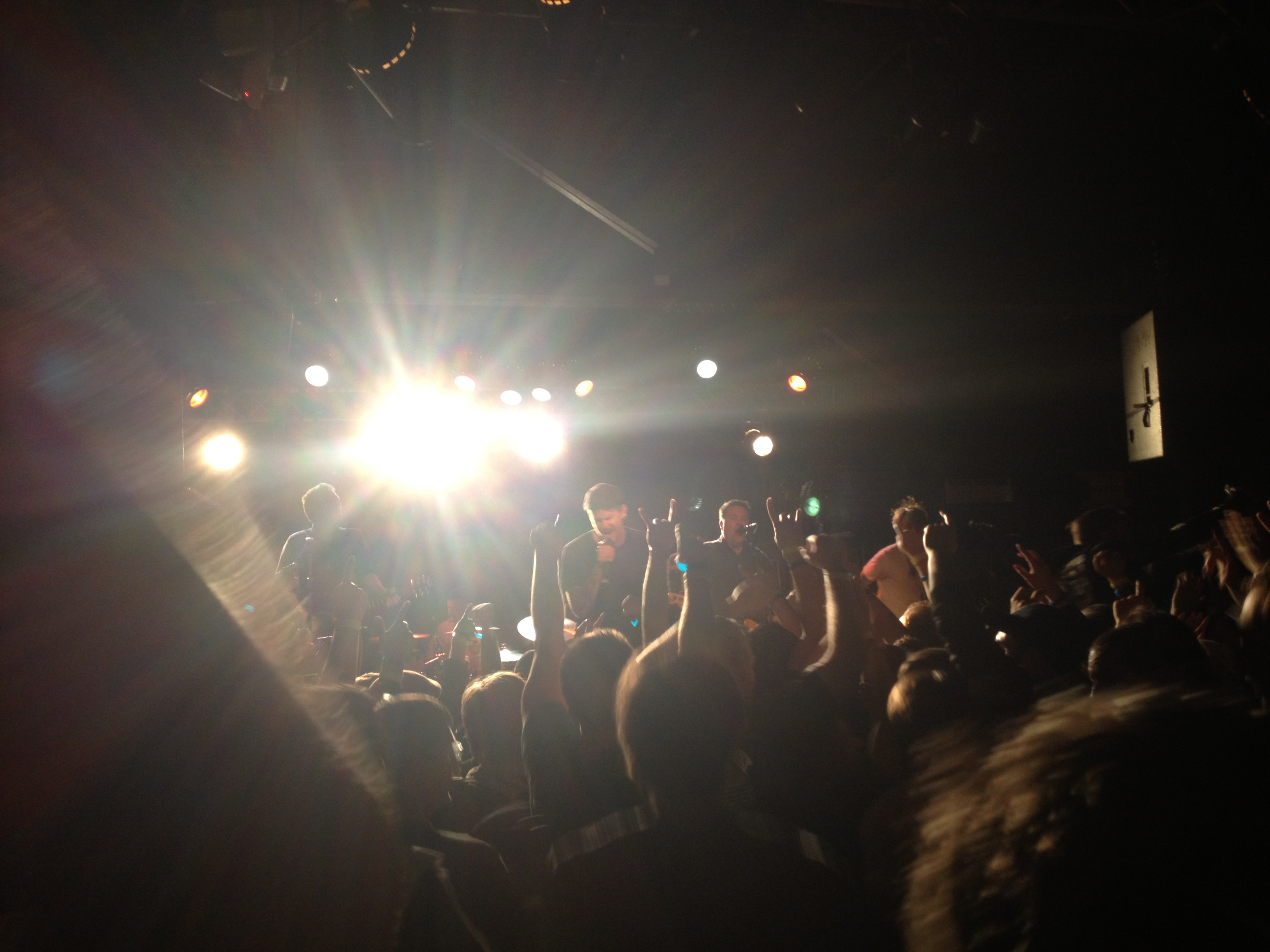 Sunday: For the first time, I actually go into Boston on St. Patrick’s Day, to meet up with a friend from middle school. I talk to some random people also trying to navigate their way to South Boston, but we end up giving up nagivating above ground because the parades have slowed the buses down. For once, Bostonians are friendly and awesome to talk to – maybe St. Patrick’s Day has put everyone in a better mood? I proceed the next hour going in a circle because I accidentally get on the subway going the wrong direction, but eventually I DO make it over, find my friend, and toast to 22. The city is surprisingly civil and unrowdy, and I absolutely love seeing everyone dressed up in tacky amounts of green. I love it. Then it’s back to MIT where everyone seems to be wearing black (hahahaha) and where I finish up some work. Another study break ensues in the late evening as some of us head out to the Asgard, a nearby Irish pub, for one last hurrah before the week and see Tin Can Hooley, a local Irish band.

And here I am now, almost a week later, still a little out of breath and still catching up on some stuff. Was it worth it? HECK. YES.