The Gender Problem by Selam G. '18

Reflections on a year of Silicon Valley upheavals and confused HR departments.

In middle school, my first foray into robotics was with the FIRST Lego League. That was the first time I remember being in a school activity that had drastically more boys than girls. There was no FIRST team at my high school, so I joined my friend and only other female teammate (Ariel S. ‘18 at University of Michigan) at an external team that was not tied to any high school. We were the only 2 girls on a 8-person team, and all-male mentors.

Then, Ariel and I actually went back to our own high school for funding, and started a team there: Team 4550, “Something’s Bruin”. But even though two women were the team captains, for two years, we were again a team of drastically more boys than girls. 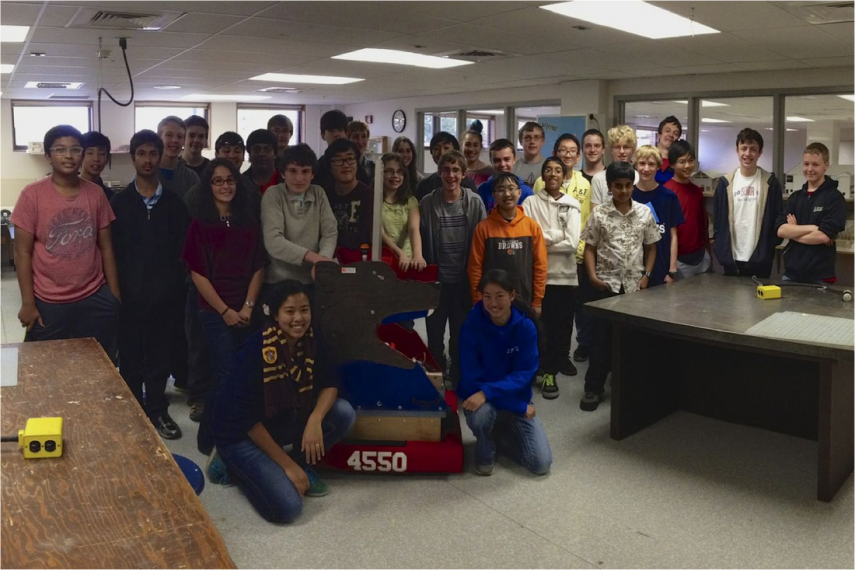 As I have progressed through my career development as an engineer, the one exception to these starkly male environments has been MIT. From my perspective in Mechanical Engineering, it’s at least not been quite so obvious that there are fewer women. But the interesting effect of being at MIT is that I sometimes forget what the outside world is like. Of course I know consciously that the problem must still exist, but there’s nothing quite like starting an internship, walking into your first meeting, and finding that all twelve of the employees surrounding the conference table are men. It takes a little self control to not literally gasp.

I will stress that in my personal career development, I have been so fortunate as to mostly encounter incredibly helpful men, respectful and supportive male supervisors, and men who I am completely confident only want the best for my success. My UROP supervisor, internship supervisors, MIT academic advisor–all men that I feel not only happy working with or under, but also incredibly privileged to have met.

However, many women have not been so fortunate.

This past February, former Uber employee Susan Fowler posted “Reflecting on one very, very strange year at Uber” on her personal blog. The post quickly went viral, and, some speculate, was the start of a domino effect that led to the resignation of Uber CEO, Travis Kalanick. Her story details the multiple cases of sexual harassment and discrimination that she encountered while at Uber. In one scenario, a manager even prevented her transfer because it made him look good: “even though the rest of the teams were losing their women engineers left and right, he still had some on his team.”

The results of the Uber fiasco empowered many other women to come forth with their own stories of sexual harassment, discrimination, and generally hostile work environments in tech fields. More recently, female entrepreneurs have come forward with harassment charges against several venture capital firms, who threatened them with funding withdrawals. And for every story that does see the light of day, there are many other women in tech who had the courage to speak out, but were silenced, or simply not listened to.

Stories like these both encourage and dishearten me. It’s encouraging to see some form of justice occurring, and to hear about an uprising against what was once simply thought of as “workplace culture”. Yet, it also reminds me of the very real dangers of harassment and discrimination in such a male-dominated workplace, and I dread the day I might have to work with similarly demeaning managers or investors. As Susan Fowler revealed in her blog post, discrimination can be pushed forward by other women, too, like some of the uncooperative HR people that she encountered. But I still can’t help but feel that entering the field might seem less daunting if occasionally, my managers or investors were female, too.

Part of the reason why increasing women in tech fields is so difficult is that women in the general workforce often take fewer management positions and prefer more flexible jobs. The primary reason women have more gaps in growth–and indeed, part of the reason for the pay gap–is because women are largely still expected to be the primary caretakers of children. If women are expected to raise children, then they should be given the resources to do so and still remain a productive member of a company. Otherwise, society should stop expecting women to be primary caretakers for children. Fortunately, both of these things are starting to happen.

Though not a tech company, the well known outdoor clothing brand Patagonia has an effective method that approaches both sides of the gender gap issue. First, they provide all parents (not only women) with more resources to raise their children and be productive. The company created an extensive workplace child care program that has been in place for over 30 years. Younger children are in a healthy, educational environment at the childcare centers at Patagonia offices, and parents that work there can have lunch with their kids, or connect with them throughout the day. The program even busses school-age kids over to the workplace after school. Patagonia also has a generous paternity leave policy, which not all companies provide.

The effect is striking. One article stated, “100% of the women who have had children at Patagonia over the past five years have returned to work, significantly higher than the 79% average in the US. About 50% of managers are women, and 50% of the company’s senior leaders are women.” Patagonia’s child care program only accounts for 0.005% of its overall costs, but that 0.005% dramatically boosted its number of women returning to work.

The case of Patagonia is also in stark contrast to the United States overall. Only 16% of US employers offer paid parental leave of any kind, and only 69% of women return to work a year after giving birth. Canada has almost a year of parental leave, and both Britain and France have extensive state-supported childcare, and the numbers of women in the workforce are reflected accordingly.

After I took the time to just do some basic research on why the wage gap exists, or why there aren’t more women in the (tech and otherwise) workplace, it seems bizarrely simple. Of course women do not want to join fields that have a track record for sexual harassment, of course women do not want to be unsupported when they have small children, and of course anyone can perform much better when not harassed and adequately supported. After all the data-crunching and analytics and HR meetings, I wonder if corporate America will just recognize the elephant in the room when it comes to retaining women. I’m optimistic that the cultural trend is headed that way, but I want more people to know and understand the workplace gender problem, and I want to understand it myself better, too. 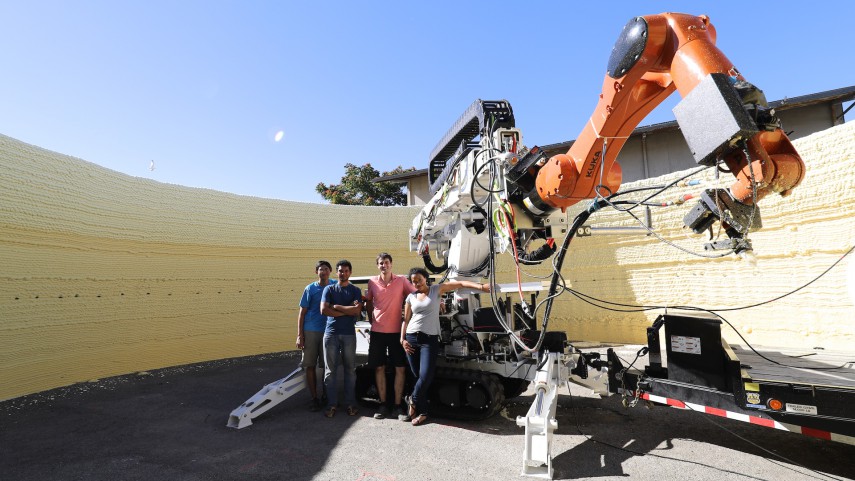 From small robots to (really, really) big ones…this photo was taken over the summer in 2016 when I worked as a UROP with Dr. Steven Keating on his then PhD thesis, a construction robot.

As a high school girl in a robotics competition, I had no idea that the path I was on (and excited about!) could be fraught with so many perils of harassment or discrimination. I did not stop to consider that on this path, should I choose to have a child, it could be a career obstacle for me, but not for my partner.

All I knew was that I enjoyed it–the creative thrill of design work, the satisfaction of making physical parts, even the late nights to meet deadlines and adrenaline rush of competition day. I hope in the future I will be able to focus on exactly that: performing good work that I enjoy doing. Just like anyone else. 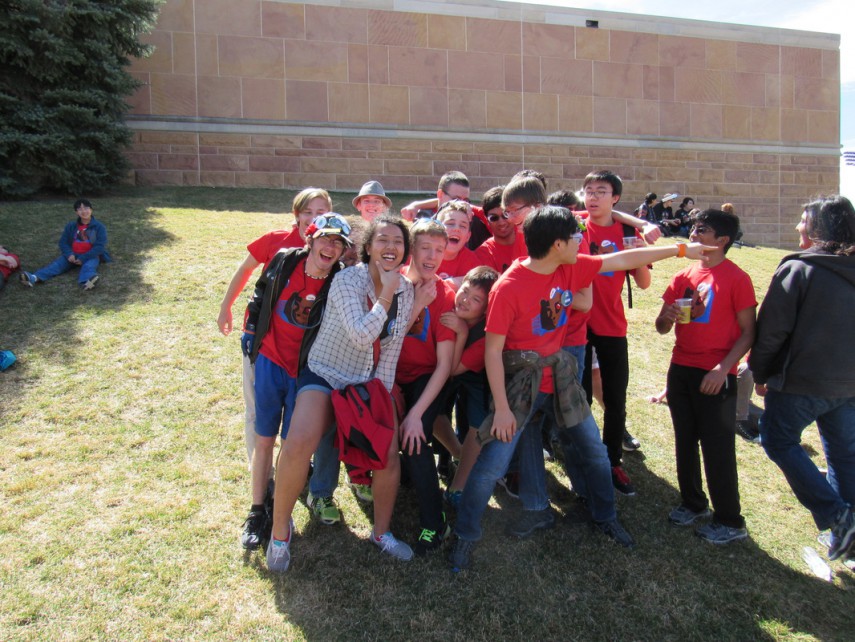 In 2015, I went back to watch the team I founded at the Colorado regional. While I’ve been in college, they’ve grown a lot, and even made it to the worlds competition. I’m incredibly proud!

At the end of the day, boys, girls, or gender non-conforming, it is always a privilege to meet enthusiastic engineers.