The Best (Work-Related) All-Nighter Ever by Rachel F. '12

Stressfully fun times at the Institvte.

While some of you have spent the last couple nights clutching admission letters to your hearts in a sleepless fervor of joy, I’ve been putting pencil to paper(s) and finger to keyboard(s), writing my first arrangement ever for my jazz class without being completely sure what two of the instruments I was arranging for would sound like in real life. Twelve non-consecutive hours, 86 measures, five parts, thirty sheets of staff paper, and six papercuts later, I hauled my arrangement off to Kresge, where a ragtag band of classmates played the pieces. MIND BLOWN. I had no idea a flute could sound so jazzy with an alto sax.

Somewhere in the middle of all this, I spent 8 hours scripting and rehearsing a dry run presentation for 6.UAT (i.e. Amateur Undergraduate Talking). We’ll be presenting to actual high school students in a couple weeks, and the point of this assignment is to teach a non-basic technical concept to “people who are smart but have zero background on your topic”, stripping down the details but not the concepts in such a way that they (a) can understand everything we’re saying (b) don’t get bored. I hope we don’t actually get graded on the second criterion.

Since I have absolutely no sense of self-preservation, I decided to simplify the equivalent of the first 15 minutes of an introductory lecture for a graduate natural language processing class, plus some kind of inspirational/motivational message, into a 10-minute presentation for high schoolers. Ten. Minutes.

Before taking this class, when I was an awkward, nervous speaker who read off slides that were obviously just bulleted versions of research papers, I would have thought this an eternity. But ten minutes is like the blink of an eye when you’re being considerate of your audience, especially when you’re trying to explain complicated research to high school students. I have infinitely more respect and appreciation for good presenters now. One rule of thumb we’ve discovered as the class has progressed is to never mention terminology before explaining the associated concept. With this in mind, I ended up translating a lot of this: 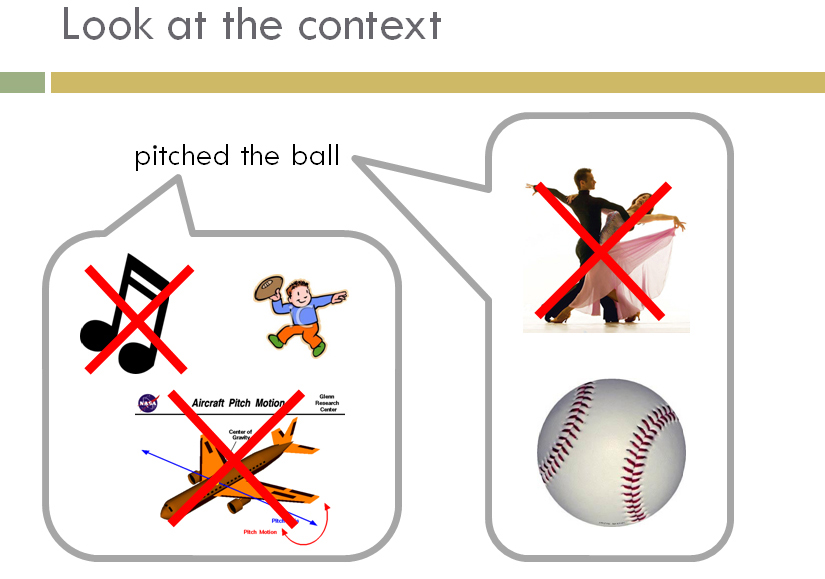 And, of course, inserting a lot of gratuitous Terminator references. They just somehow seem obligatory whenever you talk about artificial intelligence or machine learning. 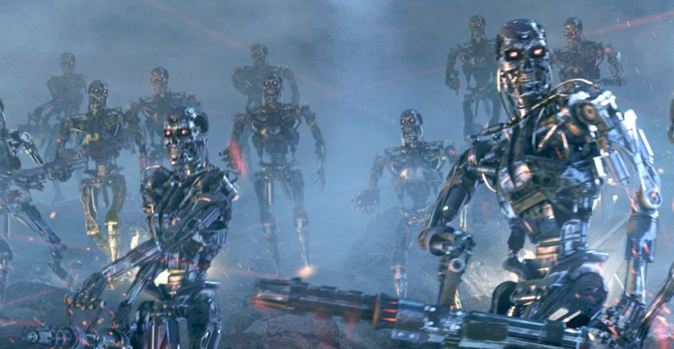 At first, I was hesitant, because all the visual content seemed like it might come off as oversimplified or condescending, and I felt like I should have thrown in more interesting problems to complement the basics I was describing. But when I presented it to my all-course-6 recitation, they apparently found this slide the most helpful. Someone actually commented, “Avoid trying to pack the entire research field into one presentation,” and I was like, “But these are just the basics of parsing and I already had to let so much interesting stuff go, NOOOOOOOOOOOO!” (Fortunately, I can blog about whatever I want here with the excuse of inserting Wikipedia links whenever I reference something complicated.)

Looks like I’ve still got a bit of work left before this presentation is completely accessible.

But of course, this particular all-nighter pales in comparison to last semester’s 30-hour performance optimization software labs, or the 90-hour mental marathon during which I coded a system that could identify satirical news articles, or the advanced algorithms take-home test. This is actually my easiest semester at MIT so far.

On Tuesday, a local farm sets up shop in Stata. In addition to standard produce items and absurdly large bundles of culinary herbs, they usually offer some random exotic fruit every week. With the weather finally getting better, I rallied my hall for a picnic. 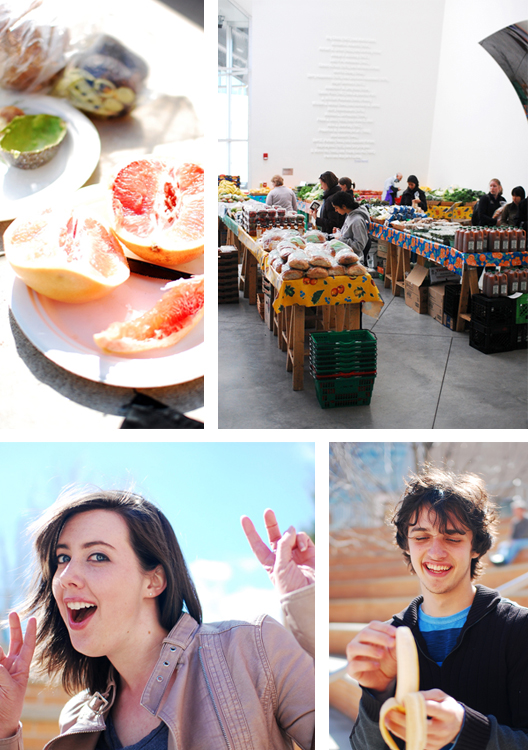 This week, the mystery special was a coconut, which I later managed to open with a hammer. 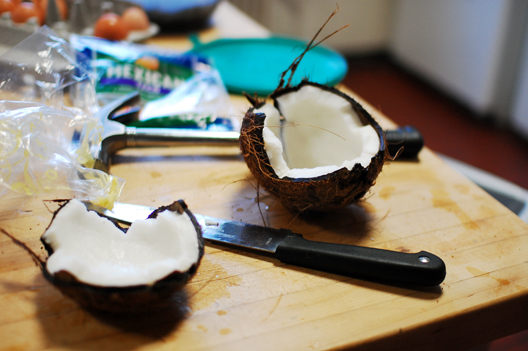 Then this morning, refreshed from the first shower and consecutive nine hours of sleep in a long time, I learned how to play scales on a tenor saxophone that my neighbor got on Ebay. It fell to just above my knees, which is the threshold at which objects become awkward to carry. 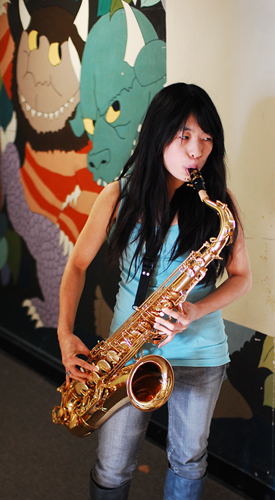 But I felt the blues.

8 responses to “The Best (Work-Related) All-Nighter Ever”