I'm gonna throw this out there. If you don't like it, you can throw it right back.

I recently bought a pair of rollerblades for $8 from the Garment District – Cambridge’s “alternative department store”, featuring a giant heap of clothes in a pile being sold at a dollar fifty a pound – and I think I probably haven’t looked this uncool since my fouth-grade days of rolling backpacks and headgear. It’s not that my throwback to the early 90s isn’t super fashionable (especially when I’m wearing Spandex shorts – why, that IS Ace of Base playing on my boombox! Tae bo, anyone?) – it’s just that Cambridge streets are really more paved for those with slightly larger wheels, and maybe fewer than eight axels. Every rock, nook, and crevice pretty much sends me flying ten feet through the air – useful for getting places quickly, maybe, but not so useful for getting places looking like a human being, and not a walking scab. Or maybe it’s just that I haven’t rollerbladed since I was much closer to the ground.

Speaking of throwbacks, three years ago during my freshman spring, Sam held a dinner party. (You can actually read my blog entry about it here, it’ll be almost like you were there!) It was a pretty epic dinner party – there was Ina Garten’s Butternut Squash soup and entirely mismatched sets of flatware – but it was also not long after I’d moved to Burton Conner. Let’s just say it was kind of a weird time in my life – I’d just moved to a new room with a new roommate who I didn’t know all that well, to a new floor surrounded by new people and a new dorm; in a lot of ways I was starting all over. I felt awkward. Much like my fourth-grade-self. Did I mention from about 1994 to 1996 I mostly only wore hand-me-down XXL t-shirts? Not because I actually was an XXL, but it was like wearing pajamas to school? Growing up is a beautiful thing, ain’t it?

Moving was bittersweet, and one of the only people I knew in Burton-Conner at that time was Spam. But it also gave me the fresh start I needed, and it gave me a whole new perspective on MIT – especially its pretty amazing housing system. (If you’re new around here, each of our dorms has its own unique culture, amongst which you can move with relative freedom if you wish. Burton Conner is organized by suites of 4-12 people, each with its own kitchen and bathroom, and trampoline. What? Of course I’m not trying to peer pressure you into moving into my dorm! Our housemasters definitely don’t ever bring you free Egg McMuffins and there are no free massages ever! Who told you that??)

Things have changed a lot in the last four years. I no longer live on that floor and I’ve switched rooms three times since then and suites twice; I’ve gotten to know my new floor like my family and am so at home here that I sometimes forget to wear pants in the hallway. (But then again, who doesn’t?) We go on trips together; we all go to cheer each other on at varsity volleyball games and jazz concerts, and sometimes, we even hold dinner parties. My suite this year has held three big potluck dinners – somehow I managed to move into a suite with excellent culinary prowess – and they’ve all been ridiculously gourmet. There was piccata. There was pavlova. There was flounder in a white sauce that would make even the Little Mermaid convert to pescetarianism.

But I’ve never cooked a whole three-course-meal by myself, and so in a throwback to that first original dinner party – one at which I first began to feel like I was in the place where I belonged – I held a dinner party myself last Friday, for old friends and a few new ones. A dinner party to celebrate how far we’d all come since those early days, where we’re all going in the next year and the other major transitions to come. Complete with Ina Garten’s Butternut Squash soup, and totally mismatched flatware. 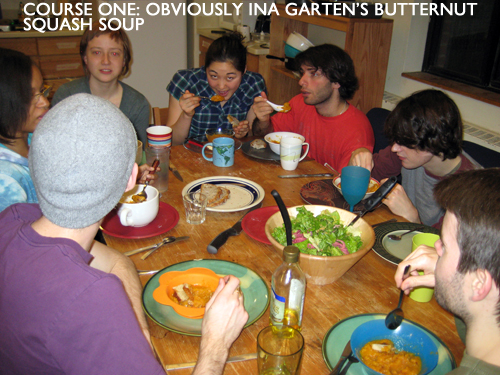 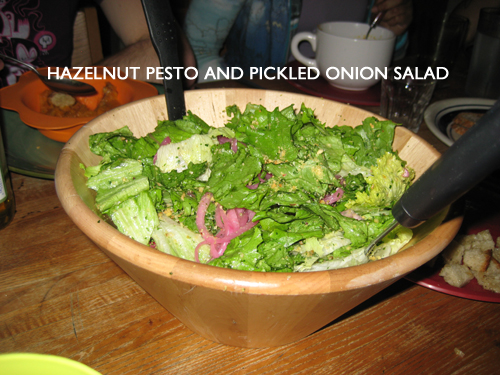 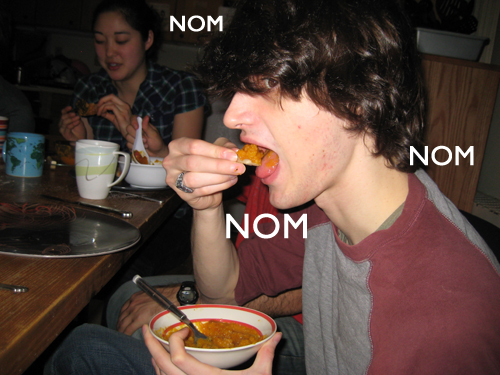 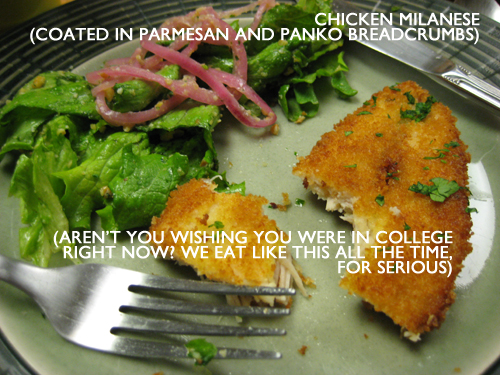 Just to prove that we’re not all that grown up yet, and because this is indeed a throwback to that original dinner party – and that blog entry – here’s a picture of Keri making a face, unfortunately not copyrighted like Sam’s face, but a little more like “DISRESPECT!”: 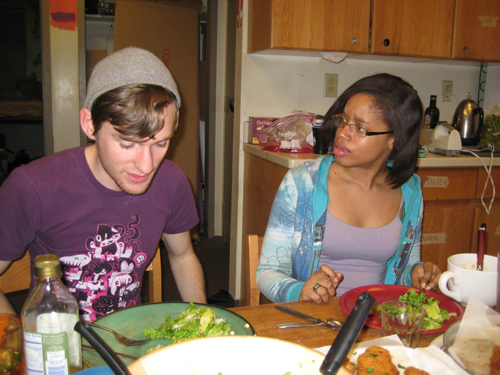 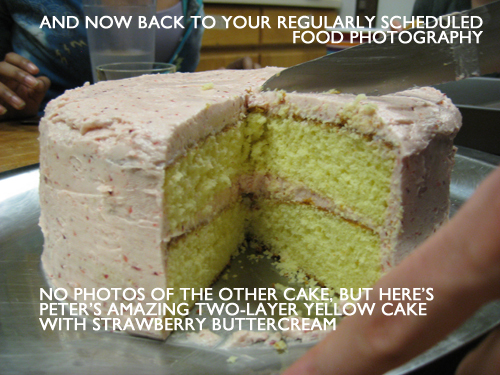 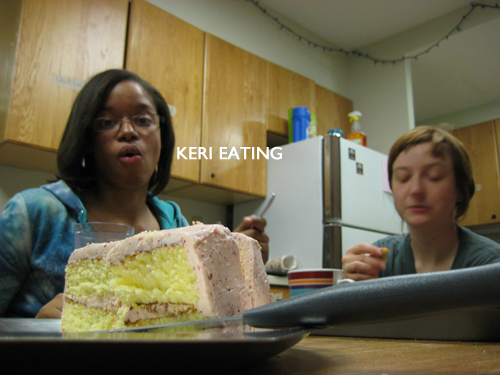 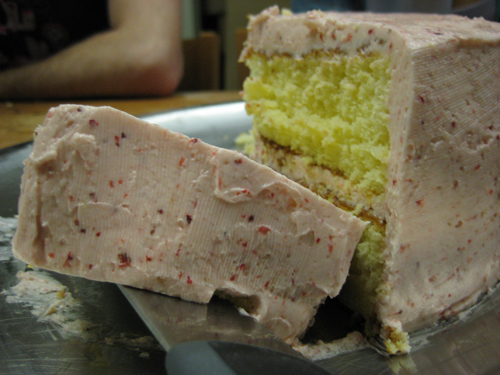 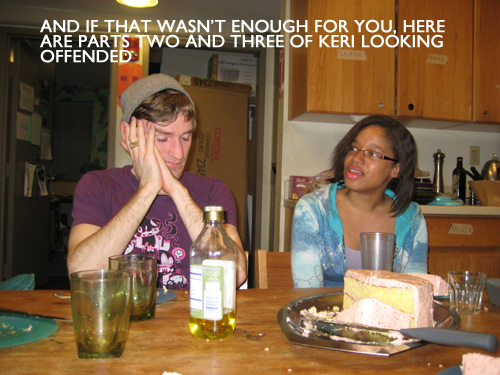 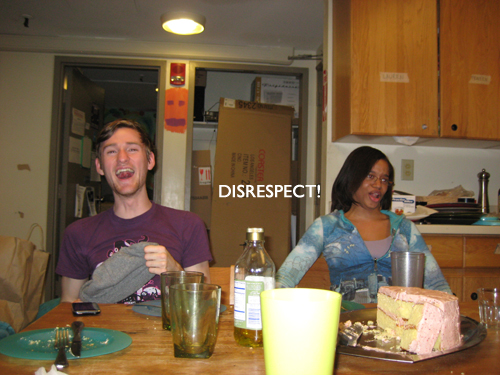 This entry brought to you by the fact that I am like eight hundred years old, especially since most of you guys were all born in 2009 and are all going, “Which baseball team was Ace of Base on?” I’M TOO OLD FOR THIS STUFF.