What am I going to do with all of my time now?

Tension filled the air as people were ushered in to 6-120. Scientists dotted the MIT campus, urging people to get to 6-120 as fast as possible. 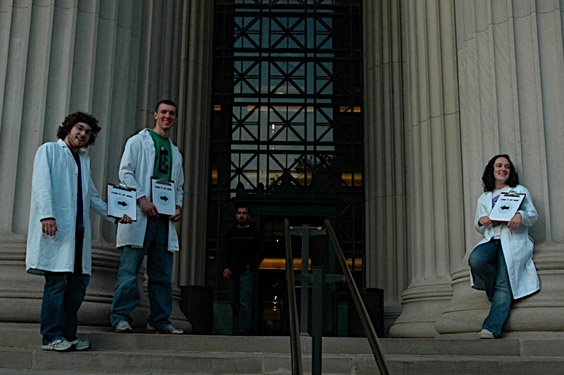 Following the advice of the scientists and heading towards 6-120 you may have been confused. There were small groups of people in corners, talking busily, people running around in lab coats with clip boards, and caution tape roped off entire buildings. Something was obviously going on. . . 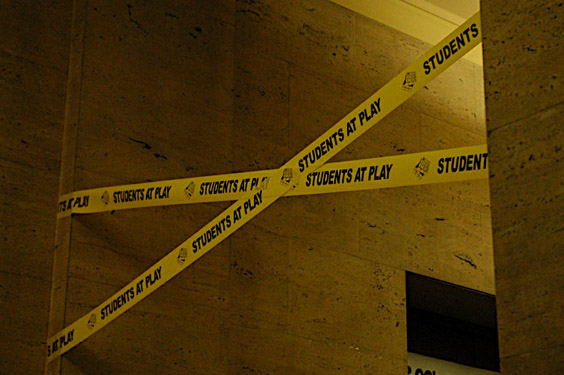 Wait . . . what? Students at play? Oh right! Tuesday was the 4th Annual Playsentations, the final Toy Design hoorah where all of the groups present their final prototypes to an audience of industry representatives, parents, and friends. A semester’s worth of work culminated in 2 hours of shear amazingness. I know I’ve been holding back and not telling you what my toy is, leaving you hints and leaving you guessing. This is the entry where all is revealed, where I tell you exactly what my team and I have been working on for our entire second semester. Sit back, it was a crazy night!

I arrived at the PlaySentations 2 hours early so that I could practice with my group. I had one of the two speaking roles so I, theoretically, had my lines memorized and ready to recite as eloquently as humanly possible. Too bad I managed to forget most of them right as we began to practice, but luckily I regained my composure. My group was awesome and ready for the presentation so we decided to chill before the show started. This is when the writing instructor came up to us.

“You guys, have you filed a patent for your toy yet?”
“Um, no, should we?”
“Well, you’re about to pitch your idea to a group of people that could potentially steal it. I recommend a patent.”
“Oh, you’re right, um, ok, to an Athena Cluster!”

Elizabeth and I ran to a cluster and surfed around on the internet before finding a very convenient e-mail my dad had sent me regarding patents. I linked to the site he sent me, did some quick skimming, and then downloaded the form. 30 minutes and $278 dollars later BOOM! I got official word today that we’re officially Patent Pending so it’s safe to tell you guys what we’ve been working on. Sorry, it’s not that I don’t trust you, it’s just that I don’t trust you.

The lights dimmed and our professor took the stage. The Playsentations began.

The first group to go was Tube Racers. 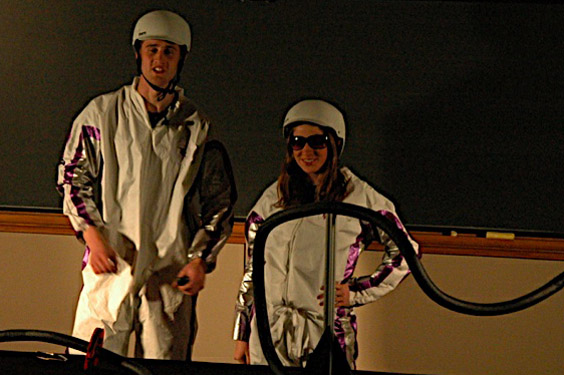 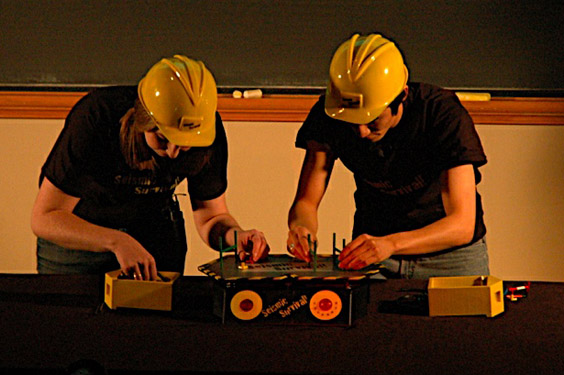 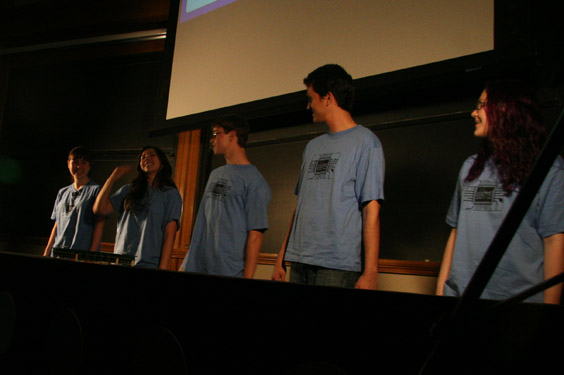 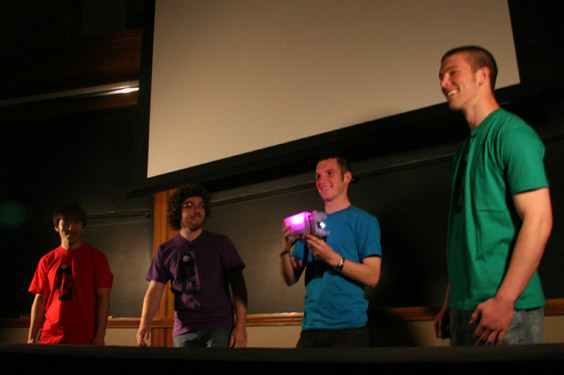 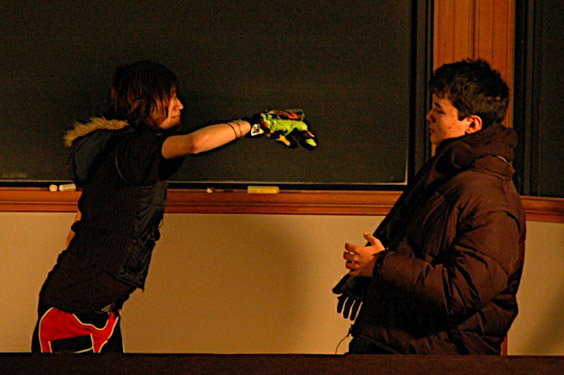 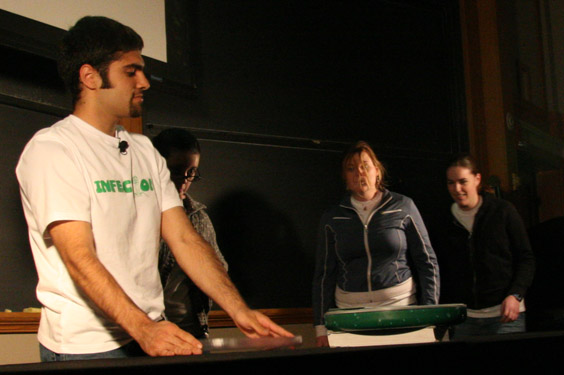 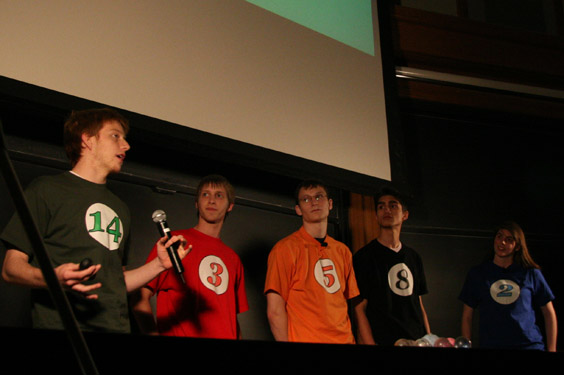 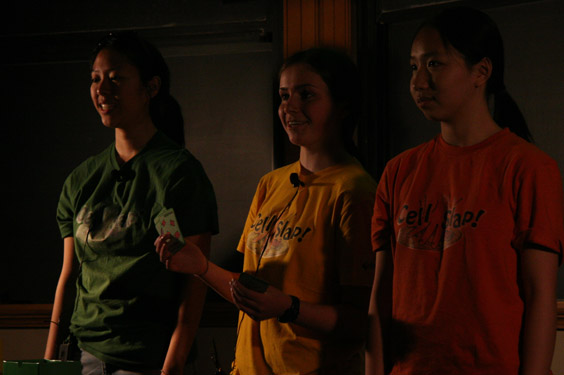 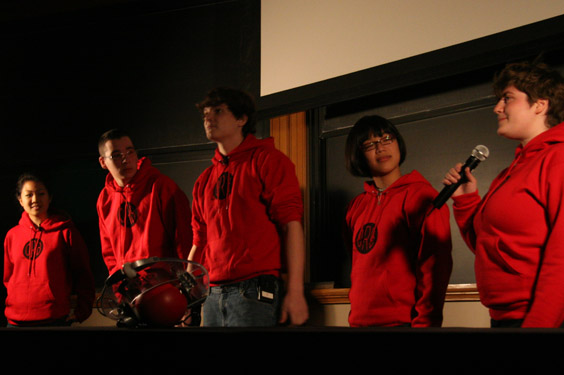 I’ll skip the descriptions of each just because I couldn’t really do each one justice and because a video of the entire event will eventually hit the web. I will, however, discuss the one I skipped. That would be my group’s toy. 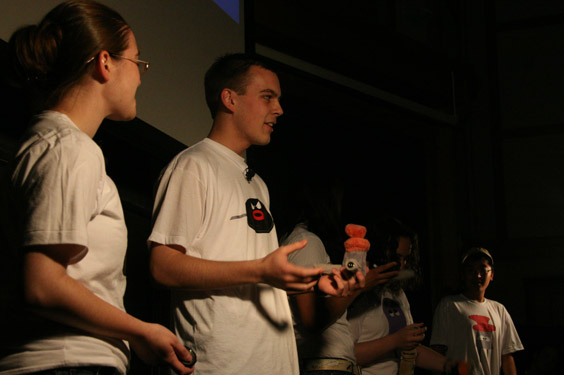 So, what’s an ElectroPlushie? Try to think of it as a mix between a Giant Microbe: 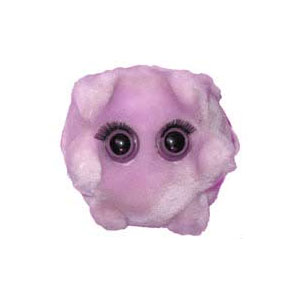 Essentially, ElectroPlushies are large, plushy versions of electrical components that can be snapped together to build real circuits. Each plushy, while resembling an electrical component (resistors, capacitors, switches, batteries, LEDs, etc) actually has the real component inside. Wires run from the component, down the leads of the plushy, and are soldered to magnetic snaps at the end of the plushy (and bendable!) leads. This lets you snap together different components and learn the basics of circuitry while still playing with stuffed toys.

Each ElectroPlushie has a personality that corresponds to what its function in the circuit is. The battery is energetic, the piezo buzzer is angry, the LED is bright and happy, the button is confused (he doesn’t know whether he’s on or off), and the resistor is cool and resistant to flow.

We made five ElectroPlushies for the Playsentations and they are as follows (photography by Eric Schmiedl): 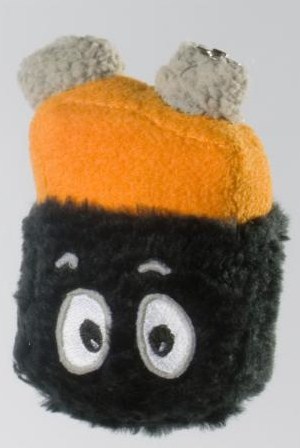 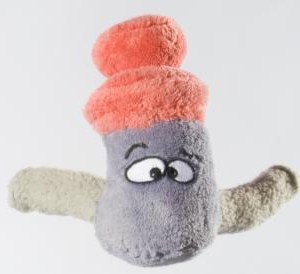 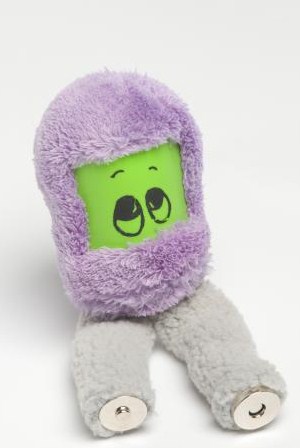 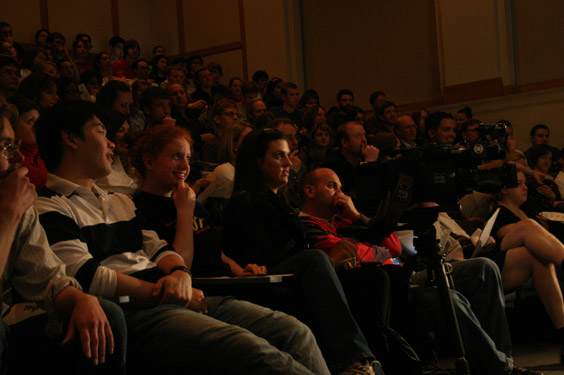 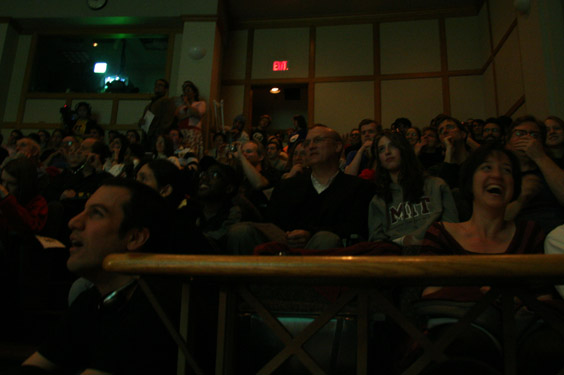 we did some Q&A (also rocked (and also quite funny)) and then returned to our seats, thrilled at our pitch and still listening to the applause ringing in our ears. The audience responded incredibly well and loved the toy, much to our relief. After all of the presentations the audience (upwards of 300 people) filled out evaluations for each presentation (concept, implementation, presentation, etc). Ordinarily there would be very little incentive to actually fill these forms out, but this being MIT and toy design, there’s always incentive. Our professor took the stage again: 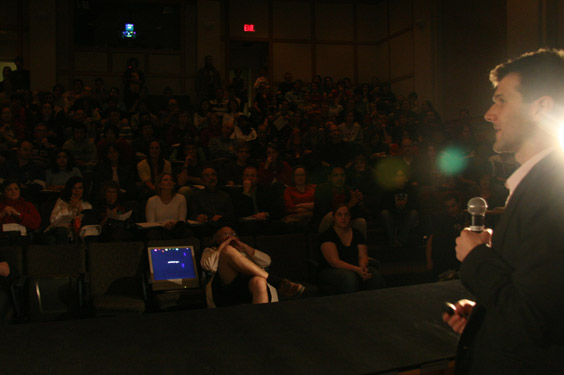 “I would like to thank Hasbro for all of the help they’ve provided us this year. Hasbro would also like to thank us. Do you all have your evaluations filled out? Good, because Hasbro has decided to give us a little something. . . ”

Off to the side of the stage a large black drape is pulled off of a huge pile of boxes, each conspicuously with the word “TOYS” on it. A box was opened and the contents hoisted into the air. This is when the audience realized that every single person was about to get a free Nerf gun! Any blank evaluations were instantly filled out and were traded for plastic projectile goodness as people filed out into the lobby for milk and cookies. I stayed behind and chatted with my group and some guests about our toys.

Eventually everybody had filed out, I had my Nerf gun(s) and Maddie and I headed back to Burton-Conner, finally done with Toy Design, not quite able to accept the fact that it was all over.

We walked up the two flights of stairs to Conner 2 and opened the door into the hallway only to hear “WE NEED MORE AMMO!!! GO GO GO GO GO!” as Yuki ran screaming by the door dodging a hail of flying foam and firing darts down the hall. The war had begun, I quickly dropped all of my stuff, loaded my Nerf gun, and joined the fray.

You see, the vast majority of my floor had come to watch the Playsentations and, consequently, there are now over a dozen Nerf guns laying all over the floor. This is what the wall next to my desk looks like: 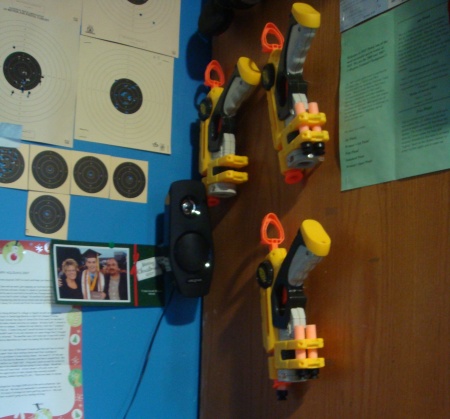 We’ve recently acquired 96 more darts (that work much better than the ones that came with the guns) and we spend most of our time target shooting various lights and windows. Now, while dart guns are really fun, I think Yuki’s AIM away message from the other day pretty much sums up the current state of things:

So that’s it, Toy Design is over, for now. I’m working at Hasbro this summer and will begin getting ElectroPlushies ready to be marketed, distributed, get the official patent filed (we’re operating under a provisional right now), get prototypes ready to show at Toy Fair 2009, and generally make sure that these things end up on ThinkGeek and in stores everywhere. I’m taking SP.779 next semester, which is Advanced Toy Design (or, free lab time to work on continuing toys).

I’ll post a link to the video of the Playsentations when it’s posted to the web, it’s worth a watch (but I pre-apologize for the audio, it was terrible! I wanted to rip my mic off and smash it under my heel). Good luck with the end of the year everybody, you’re so close!