i mentioned this in my previous blog post about LA, but let me reiterate: LA is not a city made for walking. like, in any sense. unfortunately, i don’t have my own car here, but also want to see places around the city, so i’ve had to rely heavily on the wheels of other entities, both private and publicly funded. here are some of the trips that i have taken, take currently, and plan to take again. 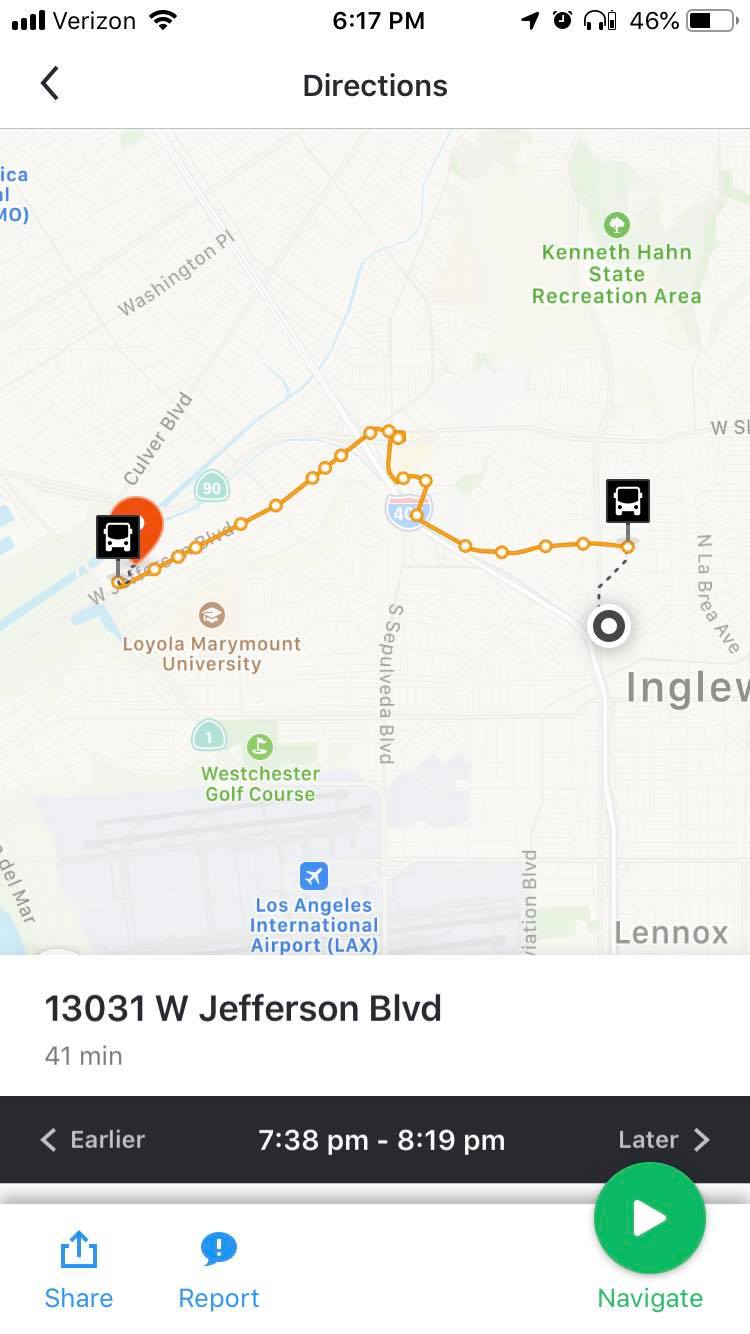 my daily route to work as shown by moovit, a public transit app that includes bus and subway routes

this is my daily commute to work. it usually takes about 5-10 minutes longer because of the world renowned LA traffic, but it’s a pretty reliable commute. i usually leave at 7:33 to catch the 7:51 bus⁠01 or 8:00 to catch the 8:11 bus if i decide to sleep in till 7:45 and get to work around 8:20 so i can leisurely eat breakfast in the office kitchen⁠02 for free because the kitchen is stocked 24/7 with chobani, cereal, and coffee - the 3 Cs that make up a perfect breakfast until 8:50, which is around when i usually clock in for the day. 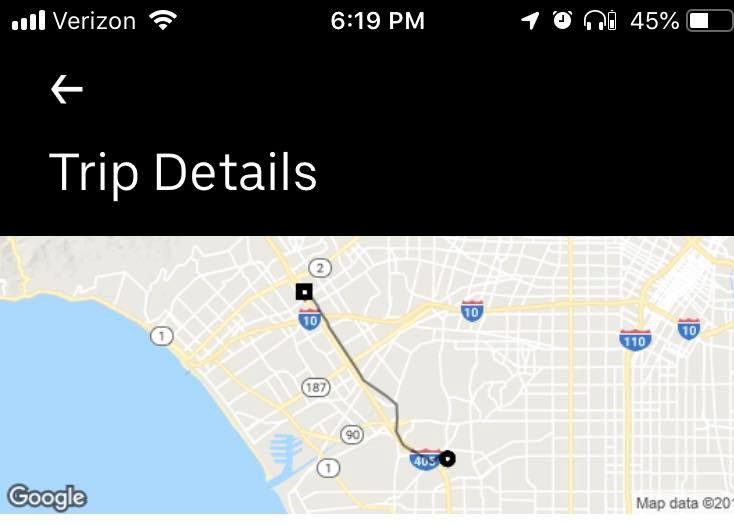 my uber route to sawtelle japantown

sawtelle japantown is one of LA’s cultural neighborhoods, and is close enough by to me that i take full advantage of its proximity about once every week. the east coast doesn’t hold a candle to the west coast in terms of japanese stores and restaurants, and japantown brings me a lot of joy because it reminds me of japan a lot. there’s a japanese market that i do groceries at about once every two weeks, and a boba shop that i adore⁠03 catch a more detailed description of noble tea in the boba review post that i will inevitably make . unfortunately, it’s a bit far by bus (a little more than an hour) so i’ve always caved and just taken an uber pool to get there.

work to the beach 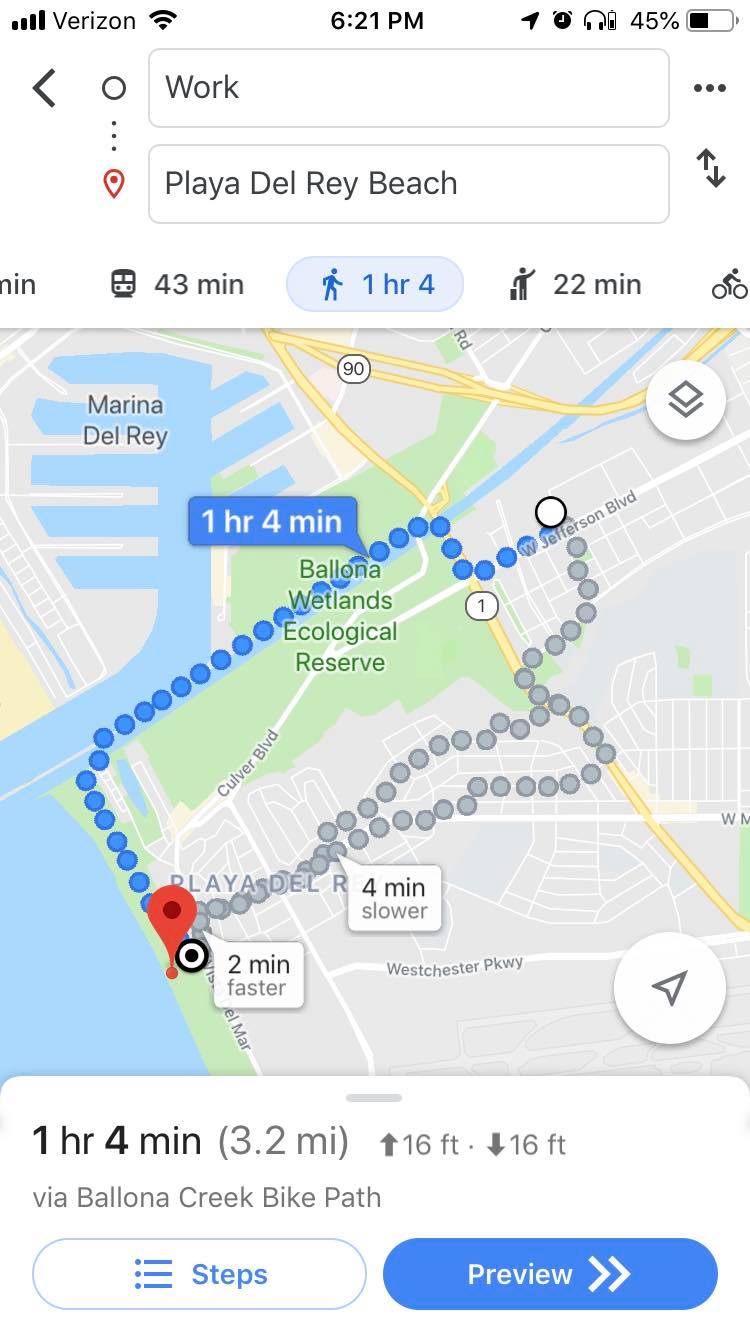 i was really excited about being so close to the beach when i was planning my summer from back in boston, but it turns out that it’s not actually *that* close by…it’s about 3 miles away, a 15 minute drive and a 45 minute walk⁠04 google maps underestimates how fast i walk . i’m usually too tired after work to actually make this trek, so as a result, i’ve only been to the beach twice in the six weeks that i’ve been here :P 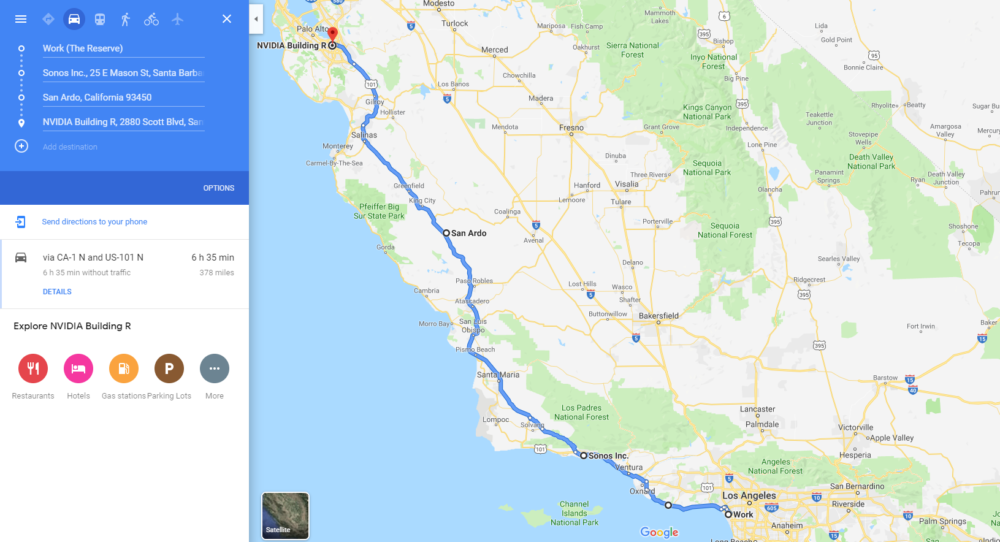 two fridays ago, my MIT friends and i set out on our weekend road trip up to san francisco! my friend picked up a budget car⁠05 which cost like thirty bucks for the whole weekend, and that made me feel sad about how much money i spend on uber from somewhere near caltech, headed over to playa vista to fetch me, and off we went! we took a pretty speedy route up through the countryside of california after stopping in santa barbara to pick up another friend. the middle of california is remarkably unpopulated – peep the tiny city we stopped in for gas in the middle of the trip – san ardo! it has a population of about 500, and had the most incredible view of the night sky. we pulled over on the (single) road that ran through the town after getting gas, and i saw the milky way for the first time! there were shooting stars, planets, and more stars than i’ve ever seen. unfortunately we had to leave earlier than i would have liked because a rattlesnake rattled at us from somewhere in the bushes and we booked it out of there, but maybe i’ll stop by san ardo for gas again someday.

a july 4th adventure with my boyfriend! 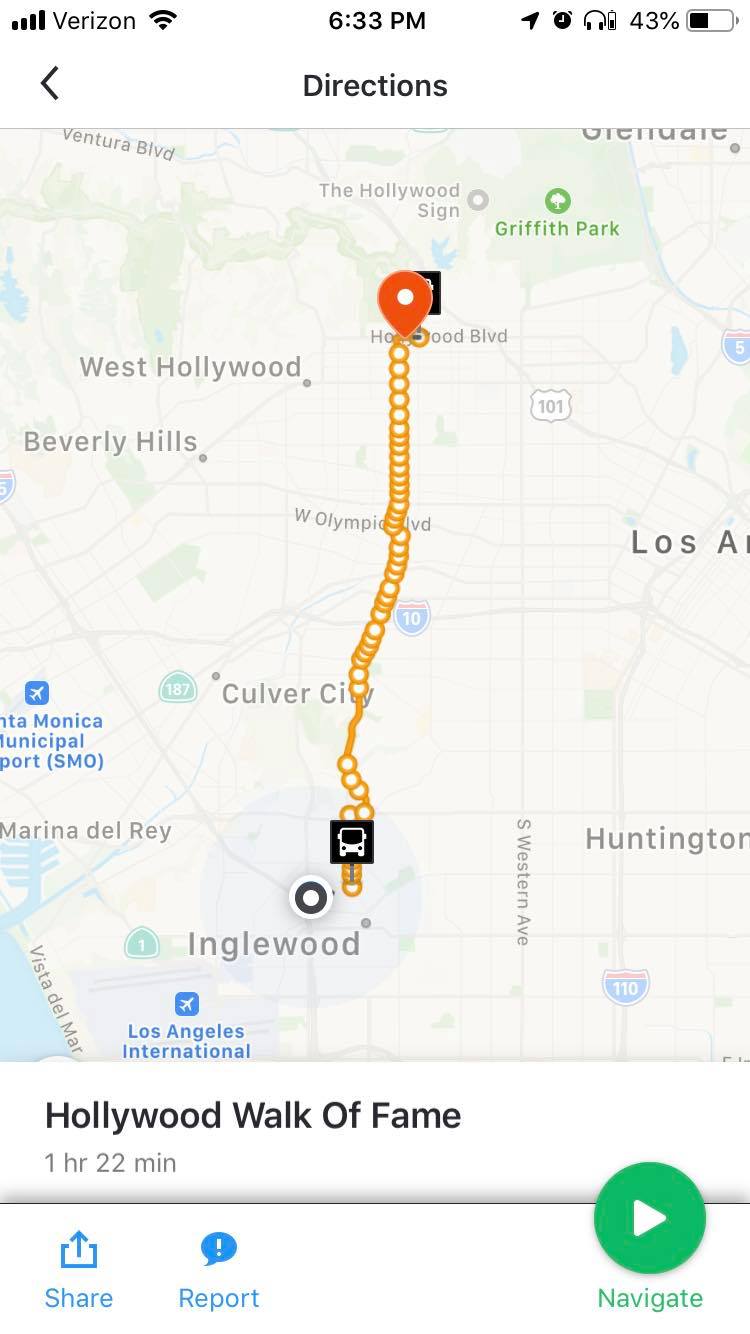 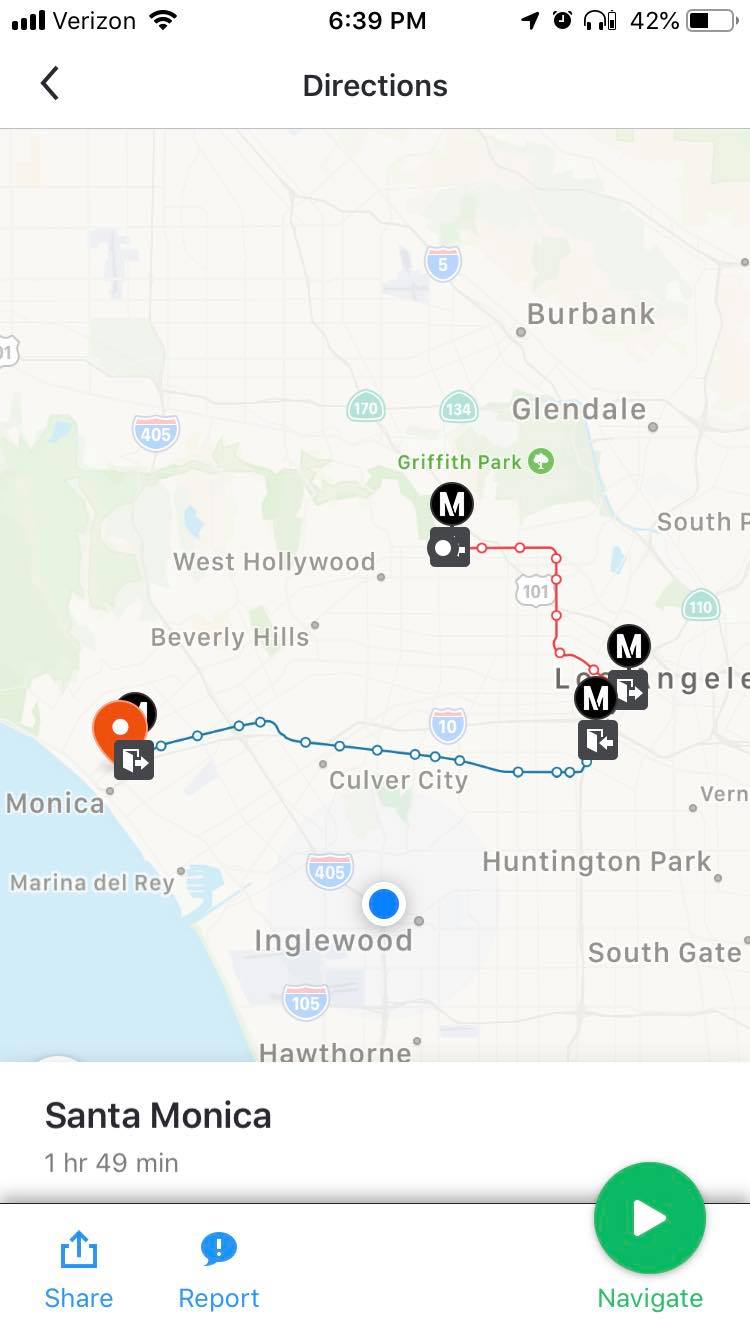 we spent the next part of our day in santa monica, and took the metro down from hollywood. it was my first time using the LA subway system and it was a pretty good experience

there’s sort of a transit dead zone between santa monica and marina del rey, so we bit the bullet and took an uber because we didn’t want to be late for the marina fireworks!

LA public transit sort of goes dead after 11 pm, but it turns out that uber is REALLY expensive right after the fireworks happen, so we walked around for a bit and waited for uber prices to drop before ubering home. we ended up getting home around midnight, and the uber was still way too expensive :(

i was surprised by how nice the subway system is! people shit on LA public transit a lot, and i think my final opinion on it is that it’s not bad, it’s just missing functionality in a lot of places. for example, i live right in the deadzone that lies between two subway lines, and would have to take the bus or an uber to get to the nearest subway stop because its too far to walk.

having to rely so much on either buses or ubers has forced me to perform a LOT of cost benefit analyses. do i want to pay 7 bucks for an uber pool for a trip that takes half the time or less, or do i want to take public transit, which is basically free at around $1.75 a ride? sometimes i don’t have a choice and have to uber, but most of the time i’m lazy and just take an uber anyways because i don’t want to spend an hour on the bus when i could uber there in twenty minutes. my wallet is definitely taking the hit for this, though. 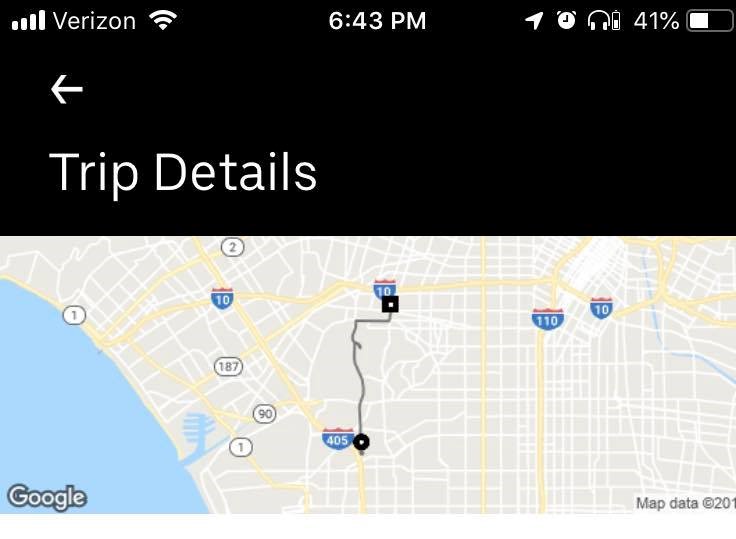 we decided that we didn’t have enough time in the day to take public transit the whole way to caltech, so we decided to uber to the nearest metro station to save time 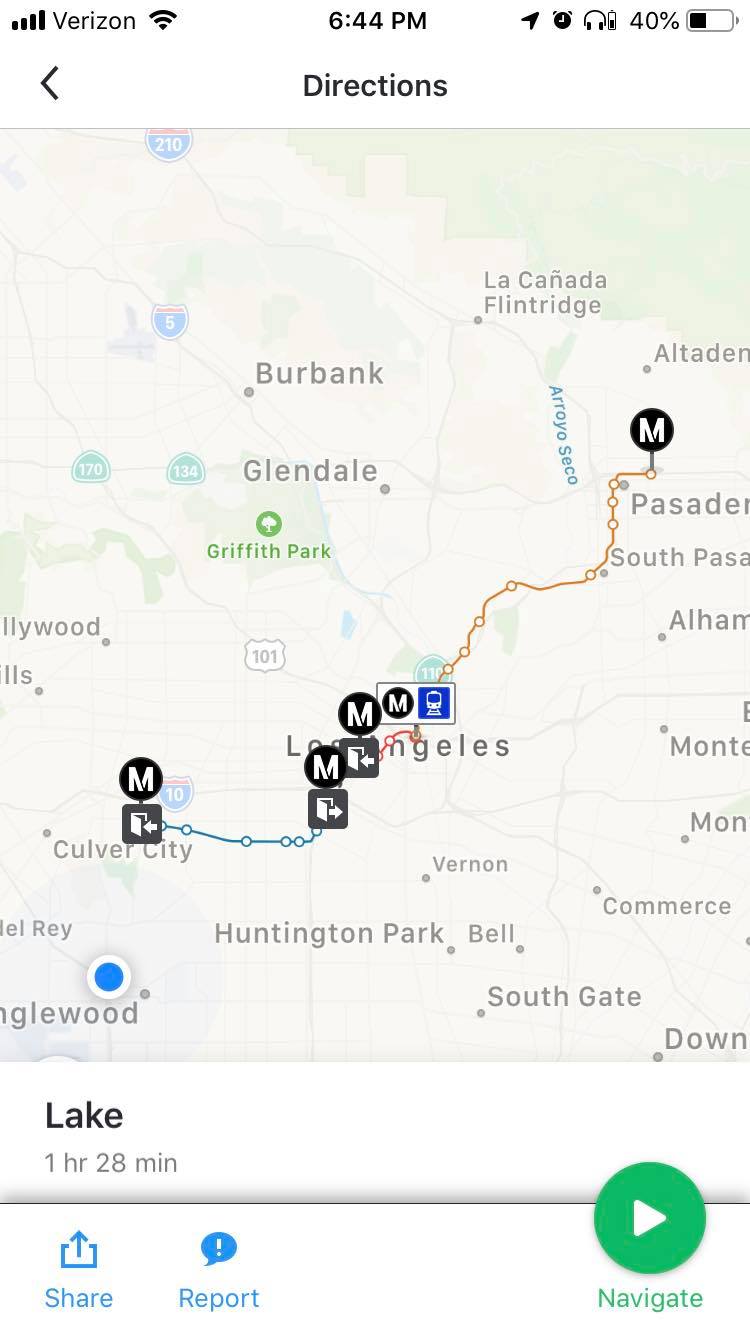 we took three subway lines (three!) to get to the closest station to caltech 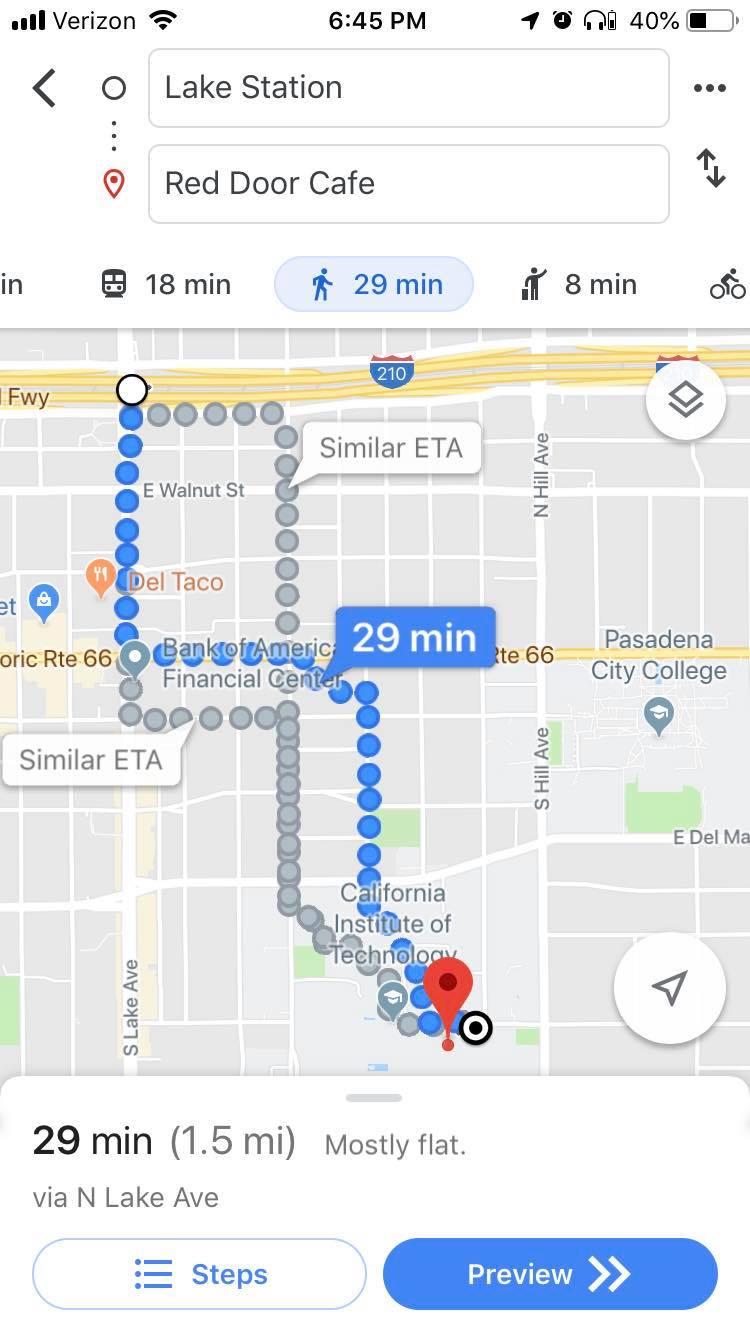 …and we finished off the trip by walking through the lovely city of pasadena to get to caltech!

this trip made me really frustrated and really proud of public transportation. the trip to caltech took forever and a half – more than two hours to go twenty miles? more than two hours for a trip that i could have done in 40 minutes with a car? it was frustrating and somewhat disheartening because i don’t want to have to rely on a car all the time, especially later when i’m a Real Adult living in a city somewhere. the way back was much faster for some reason – i think we finished the entire trip in an hour and a half, which was much better!

to reflect on this transit masterpost, i’m starting to think that i would like to own a car someday. this sounds weird because *everybody* wants to own a car, but i thought for a long time that i’d like to live in a city where i didn’t need a car to get around, and could just rent one whenever i wanted. having to get around without a car is making me realize how badly i need one, and cities like boston – where you can walk or take the T pretty much everywhere you want – are the exception rather than the norm. i think i would like to live in boston – i like boston a lot because it’s small and walkable and you can rely on your own two legs to get around. but i also realize that i should get out of boston because i’ve lived there all my life and i need to expand my horizons beyond what’s familiar to me.

who knew transit could make you think so deeply about your future life decisions? i definitely didn’t when i started this post, so consider me a learned woman :P