Course 6? Work experience and a Masters degree all at once!

“Mankind has always had a yen to travel. Millions of years ago, Mankind would be sitting around the cave, eating raw mastodon parts, and he’d say, “Marge, I have a yen to travel.” And Marge would agree instantly, because she had frankly reached the point where if she saw one more mastadon part, she was going to scream. So off they’d go, these primitive tourists, exploring new territory, seeing new sights, and eventually having their skulls bashed in by the Big Rock Tribe.” Thus begins a wonderful book by Dave Barry.

Millennia later, we don’t seem to have changed all that much. I’ve noticed that my personal yen to travel is particularly strong after a long school year of studying. Luckily, MIT understands that its students occasionally want to get out and see the world. In the last year and a half, MIT has helped me go abroad THREE times. That’s ridiculous! Just last summer I was in China. Look, here’s proof! : 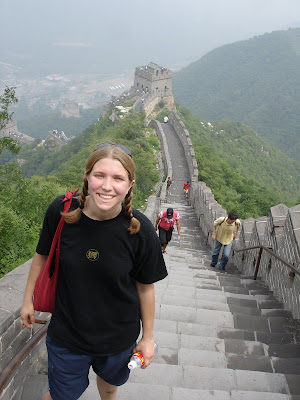 Just Wednesday night, I was in 34-401 (A room at MIT where a lot of EECS events take place) talking to young’uns about what an awesome opportunity they have in VI-A. You’ll have to take my word on being there; I had no camera. Since I didn’t see /you/ there, here’s a quick recap, sprinkled with pictures from last summer. 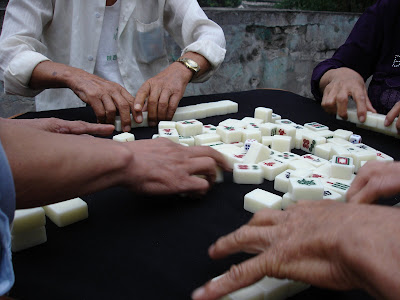 Professor Markus Zahn talked about the logistics of the program. VI-A (Pronounced “six A”, not “via”) is a program in course 6 (MIT’s name for its EECS department) lets students work at companies and use that work as material for a Master’s thesis. The companies can be right here in Cambridge, MA, somewhere else in the US, or international. Course 6 students go through an interview process in the fall of their junior. The companies rank them, the students rank the companies, and voilà! Matches. I think the last part of the presentation was the most inspiring. (Although the food which followed was quite welcome as well!) A dozen students who have been through part or all of the VI-A program already talked about their experiences. Kat ’09 and I talked about going to China this summer and working for Microsoft Research Asia. Kat talked a little about her project, “a prototype for new tangible user devices.” She couldn’t say too much though, because of copyright issues. For my part, I was working in the Speech Group on Text-To-Speech. Basically, trying to make the computer talk to you believably. Your version of Windows almost certainly comes with a voice that can read text to you. But, you can almost certainly tell that it’s a computer reading to you, and not a human. Research is still going on in lots of places about how to make the computers sound more human, and MSRA is one of them.

Microsoft Research gave its (hundreds of!) interns a great environment. The working hours were very much up to you, people were always giving open talks about their research, and sometimes we’d go out for food, KTV, or games together. And of course, being in Beijing, there was plenty for Kat and I to explore in our free time. 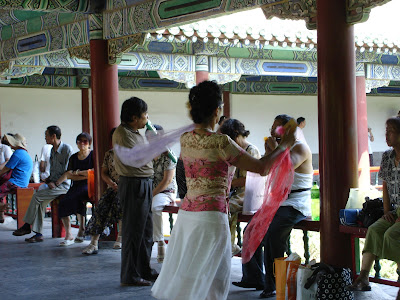 Other students talked about their experiences, and they all had glowing things to say about the program. For some students, the real work experience gave new meaning to the classes they were taking. For other, the long-term relationship with their bosses was the most important thing. Many students emphasized how they were able to do deeper projects than a typical internship because of the amount of time they planned to spend with the company. Several also mentioned having a beer with the CEO or CTO of their company as an example of the great company atmospheres they were part of.

One piece of praise for the program stood out from the rest. It came from someone who had interned at Google this past summer. He said, “You know how sometimes at MIT you feel really dumb, because everyone’s so smart? At Google, I felt retarded!

My guess is that most people don’t go into an internship hoping to feel stupid. What do you guys think? What do/would you look for in an internship? Your Project? The Work Environment? Lots and lots of Cash?