Do yourself a favor and watch this! Make sure you're not doing anything for the next 2 hours.

On Monday, I got to see a pacemaker insertion surgery, eat lunch in scrubs, and pretend that I was on Grey’s Anatomy.

My preceptor was Dr. Lee, Course VII ’76, who went to MIT when West Campus went only as far as MacGregor, and there was an official Course XIX (Meteorology – but of course, an unofficial Course XIX still lives on to the present day). I met Dr. Lee last week when my supervisor at the Oakland clinic I worked at introduced me to him when he came by. We chatted at length about MIT, his current work (he went on to UCSF after MIT and is now a practicing cardiologist), and applying to medical school.

One of the most interesting things that Dr. Lee pointed out about life in med school was actually that the first two years of med school was HARD as a MIT grad. But you ask: doesn’t MIT prepare students well in the science curriculum? The answer is yes, but Dr. Lee pointed out a very important distinction between the MIT method of scientific teaching and that of premed-prominent universities in America.

At MIT, Dr. Lee said, the focus of science is to teach you to THINK rather than to memorize. Thus, premed students from MIT often emerge as excellent critical thinkers, but average fact-retention machines. This actually is a disadvantage during the first two years of med school, where you’re taught to primarily regurgitate the information obtained from textbooks.

After I thought about it some, it made a lot of sense:

-During 7.05 (biochemistry), every exam was effectively open notes, and we didn’t have to memorize a single thing about any of the intermediates in any of the biological cycles (Krebs, Urea, Purine Synthesis, Citric Acid…etc.).

-A lot of bio exams are about the application of fact, rather than simply stating what you read in the textbook. For example, often bio exams (starting from the most basic class of all, 7.01x) would begin with “Suppose you are an UROP student working in a lab and you discover this interesting phenomenon that….” You can almost see these test questions more as critical thinking exercises, rather than standard memory retention exams. Intro Bio, then, is vastly different in other college campuses, where freshmen are taught to memorize phylum names and label parts of a plant for their exams (UC Berkeley).

“I realized that my classmates, say, from Cal, were better adjusted to the med school learning style especially during the first few years [of med school], but I think the MIT style of education makes you a better doctor down the road, when you need to consider the causes of disease and create a plan of treatment and prevention, rather than merely applying memorized models to clinical situations.”

Without further ado, here are the “finalists” for the photo contest from, uh, almost three weeks ago. :$ haha. I wanted to have a cutoff date but entries kept on coming in, so thank you for your enthusiasm. =p Unfortunately, since I received so many pictures, I’m unable to post every single photo. But thank you if you sent me something!

My name is Ryan, I live in Prescott, Arizona, and I will be applying to MIT this year.

At the end of June I had the opportunity to be on-location in New York City with an independent movie directed, written, and produced by a childhood friend of my dad’s. The title is under wraps at the moment and the project is tentatively referred to as the “A.D. Production.” It’s a comedy about three actors studying for roles as undercover narcotics officers, who in their research start running into real cops, real drug dealers, and the antics that ensue. What I’ve seen and read of the script is absolutely hilarious.

Attached are two pictures. The first one is of the Director of Photography shooting a scene inside a police car. And the second is of one of the actors, Robert Funaro (who played Eugene Pontecorvo on the Sopranos!), and yours truly. :) 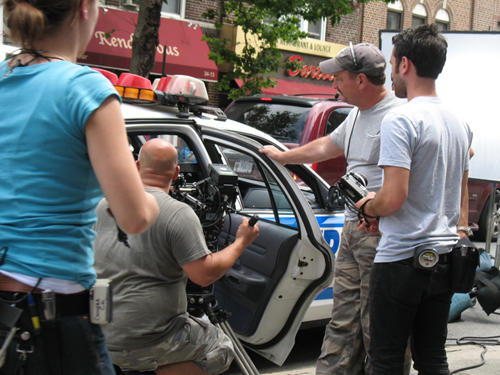 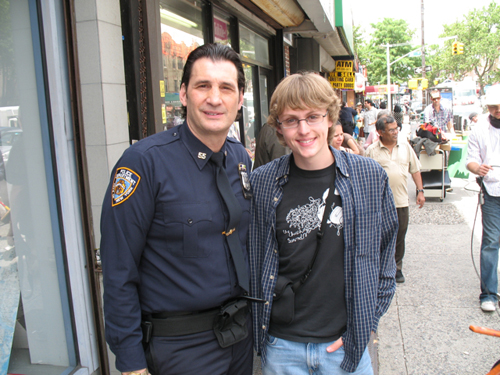 Hello, I am a transfer 2010 applicant from Antelope Valley College in Lancaster, California. Other than touring Caltech and one of California’s largest botanical gardens, Descanso, I recently (well….yesterday to be exact) visited the front gates of Michael Jackson’s Neverland Ranch in Los Olivos, California (no one was allowed on the property). Too bad I only got half the gate (the side that matters most, I guess heh). There were too many people crowding me. haha 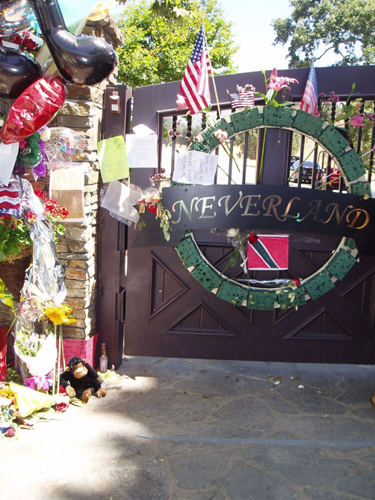 I took this off of the San Clemente Pier (also in CA). My last relaxing weeks before MIT begins. ;) 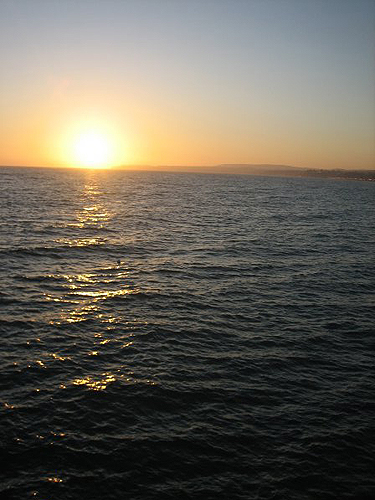 I am Arooshi, Class of 2013. In the attached picture I am with my twin sister Smriti, also MIT Class of 2013, who is on the left. We are pictured in Ladakh, India. We are standing on the highest point on earth that can be traveled in a vehicle called the Khardungla pass. This is in the Himalayan mountain range near the border between India and China. 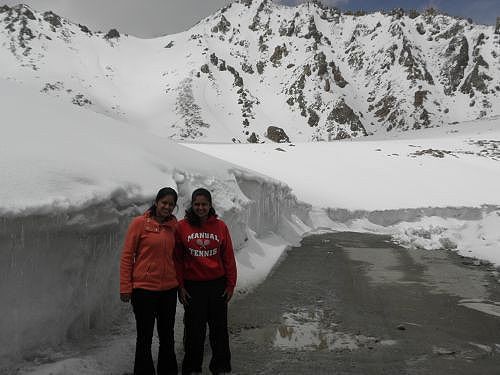 This is my summer activity! I’m sending you some photos. My primary hobbies are chemistry, physics AND flying RC aircraft! Every year, in July, there is the largest organized remote control aircraft fly-in in Poland. This year’s event was on 17th and I had to hurry up to finish building my latest electric glider (it was in my workshop in pieces a week before). I attach two pictures I took during the 2004 event. The first one shows two large (5m wingspan) glider replicas (SZD Mucha Standard) and beautiful airfield in the Beskidy mountains which we use for our event. Second is a very fine looking PZL Wilga model and its pilot. 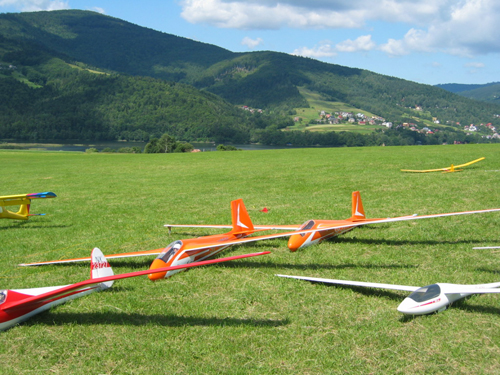 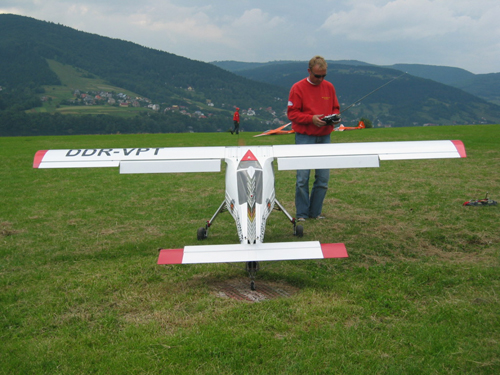 I’m a pre-frosh this year from Miami, FL. These are the pictures taken on my trip to China and Taiwan.

2. As I grasped onto the engine of the train up to Alishan, I realized that my center of gravity slowly rotated away from my perilous perch. I gained speed mid-photo, swinging into hot, noxious diesel fumes that proved to be harmful to both my pulmonary system and the little photogenic qualities I possess. It turns out that expressions of happy excitement and extreme disgust do not mix well, thus the obligatory blurring of my face. 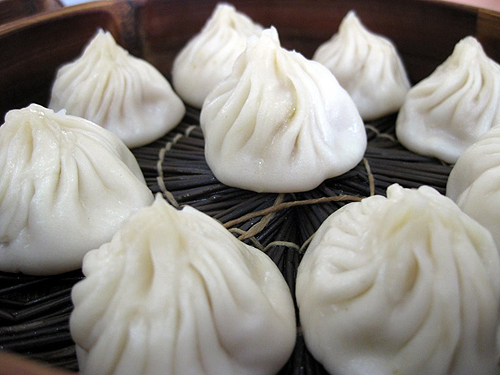 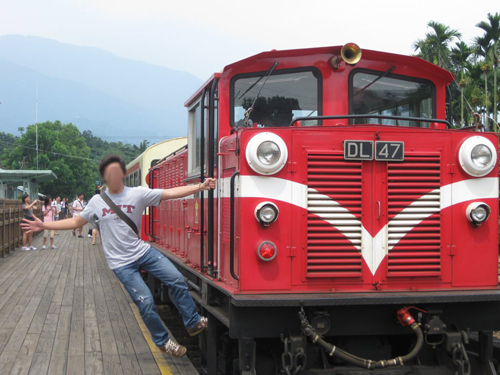 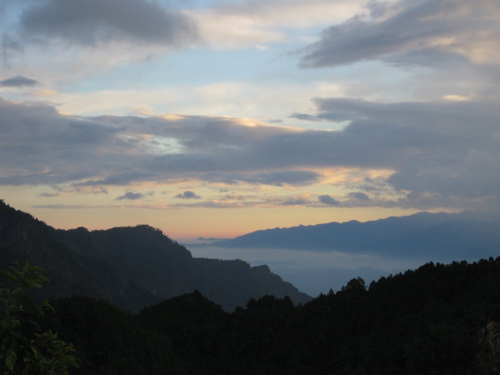 (from Chris: those little dumplings originated in Shanghai, but is extremely popular across East Asia now. one restaurant in particular, the taiwanese-based Ding Tai Fung, has managed to transform the dumpling business into a lucrative restaurant chain across China, Taiwan, Japan, and the US (in cali!). the dumplings are yummyyyyyy. =p also, the last picture is sunrise at Alishan, which is one of the must-see tourist destinations in Taiwan. it’s famed for the “yun hai” (cloud ocean – essentially a thick layer of clouds which forms between the mountains – you can see a bit of it in the picture) and also for its majestic sunrises – taiwan is so pretty!!! haha sorry i just gotta put in these plugs =p)

I’m a grad student joining MIT this fall. I read your blog post asking us what we are up to this summer, and I just had to share this with you!

I had been to the Himalayas, and trekked up a mountain, at 13,800 feet. That’s 4200 meters. You’ve already calculated, I know! It was an amazing experience! The Himalayas are so beautiful, its almost like a dream. If you are into trekking, hiking and camping, you just have to experience the highest mountain range on earth at least once! Here are a few pics. 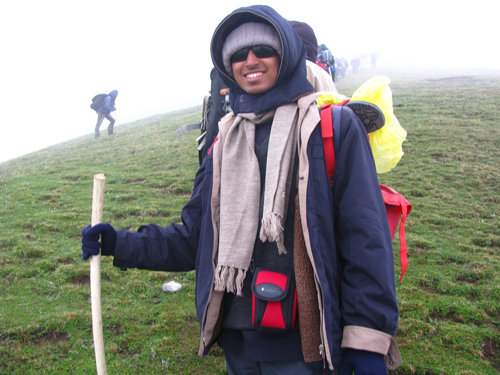 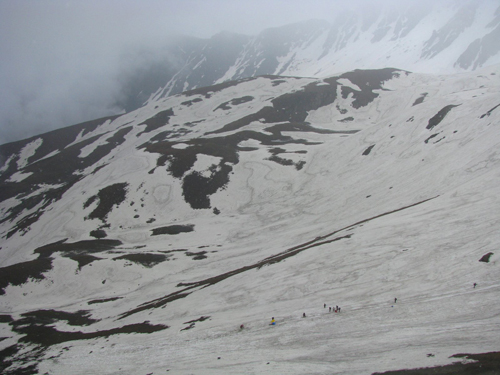 Ok, this is a picture that I think is awesome (though awesomeness, like everything else is wholly subjective). I like this picture because:

a) I took this self-portrait in the research lab I intern at in the summertime (both last summer and this summer). I’m learning a lot and helping out with some coolio research (but I’ve got to keep the actual project mum – I’ve been sworn to secrecy!) and I find working in the lab to be one of the spiffiest and most interesting aspects of my life. :) Hence, looking at this photo makes me happy; being happy is pretty awesome, and the commutative property of awesomeness thus renders this snapshot awesome.

b) I am wearing a very stylish laboratory onesie in the picture. I actually just really, really, love the marshmallow couture that goes with working in a lab. It is pleasantly bizarre to be wearing a laboratory onesie, and it never fails to bring a smile to my face to imagine a slew of scientists wearing the aforementioned “Fashion Do” while performing a large-scale dance number. (Can you imagine everyone dancing to Jai Ho in sync while wearing it? It’d be so comical and aesthetically anomalous! Then again, I’m a little weird I guess. :D ).

I took this pic at Yale University.

I have a disclaimer though – I actually took this picture last summer at the lab. I’m working in the same lab again this summer, but I’m in the clean room sometimes (it’s really hardcore, I can’t take in anything from the outside world except myself, so I certainly can’t take in a camera!), and I’m also working with a delightful grad student on some experiments/learning to make programs in MATLAB (funny side note – I coded my program to play Handel’s “Hallelujah” chorus when it spits out the answers I’m looking for). 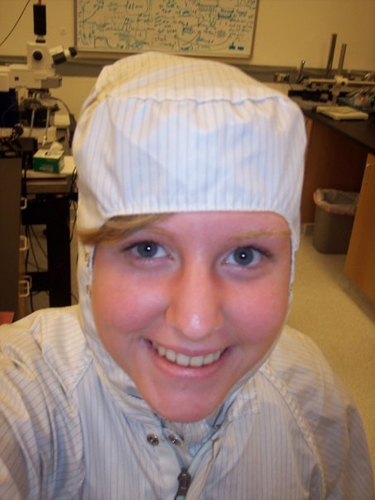 Hi. My name is Andy (MIT ’13), and this is a picture of me taken on June 22, 2009 at the top of Echo Mountain near Pasadena, California. One of the first things that I did this summer was hike up to the top of echo mountain at night with a bunch of friends with a telescope. Aside from stargazing, we also saw several satellites and had a picnic at the top. We then pointed the telescope to the suburbs below and started observing the cars, a soccer match, and a tennis game. This is the first out of a long list of things that I want to accomplish during this summer (other activities include going to the beach to dig a giant hole, eating a giant ice cream sundae with at least ten people, putting together a 10,000 piece puzzle, having a snowball fight, etc.). 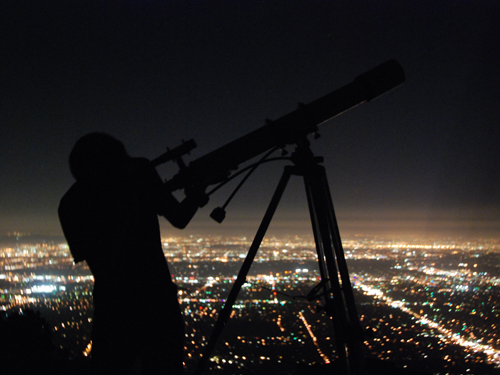 (from Chris: this won because I’ve been wanting to take a picture like this ever since going to SSP during my junior summer. =p)

In keeping with the current news frenzy, the grand prize is SWINE FLU! 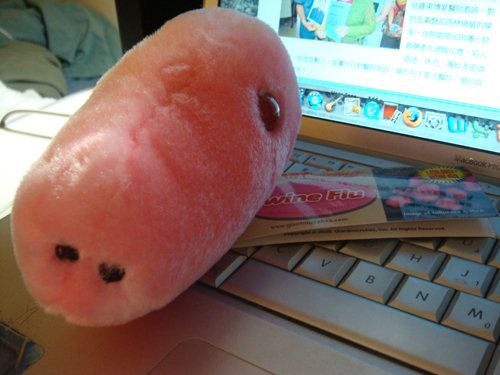 …okay, which is more like a big pink ball of fluff =p but please enjoy having H1N1 in the comfort of your home. you can even bring it on to the airplane without getting escorted off by a regiment of N51 masked men in green spaceship suits and chlorine spray!

28 responses to “What YOU’RE Doing This Summer!”