Y U NO HAVE ROLLERCOASTER by Rachel F. '12

If you weren’t aware, REX (Residence EXploration) is going to be in full swing soon, and for East Campus, that means lots and lots of stuff in the courtyard, which temporarily becomes a sprawling playground of 2x4s. (We’ll see how it weathers Hurricane Irene — we survived the tail end of a hurricane last year unscathed, but it was much weaker.) 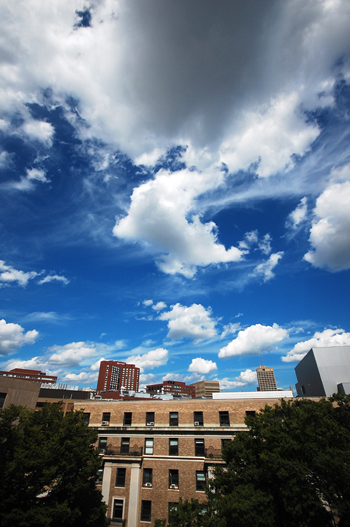 For the record, the current weather is gorgeous.

This year, it’s all a bit less glorious, because the city of Cambridge decreed, for the first time, that EC had to get a licensed structural engineer to sign off all of its construction plans in order to obtain Cambridge building permits. Which probably would have been trivial, given the sheer quantity of engineers who have graduated from MIT, if EC had been notified about this more than two days before rush, despite the fact that rush chairs had been planning and working with MIT’s environmental health and safety department over a month in advance, as they do every year.

So some very quick workarounds had to be made. There is still a structure that rolls and coasts, although it’s just a cart racing track, not a roller coaster. The outdoor lounge is only one story tall instead of two. The traditional merry-go-round is bigger and more solid than last year’s.

There is a see-saw that goes, like, ten feet in the air and has seat belts that I suspect are from actual cars. 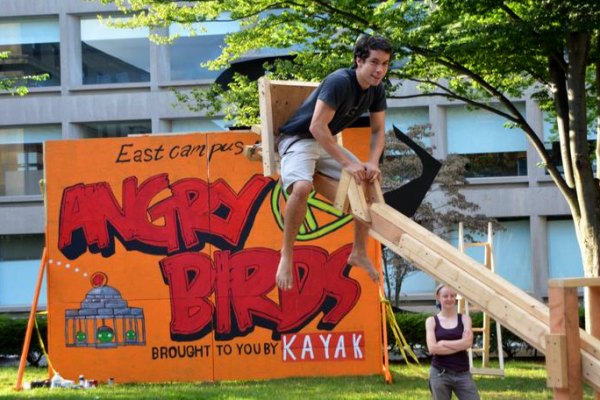 This whole construction permit situation is all very ironic and sad, given that East Campus is arguably the organization in Cambridge most qualified to safely construct a roller coaster in less than a week, and that no one has mentioned anything about permits in the last decade or so we’ve been doing it. But it can’t be helped. At least the modified construction projects are coming together nicely now, and you can be damn sure there’s going to be an epic roller coaster next year. 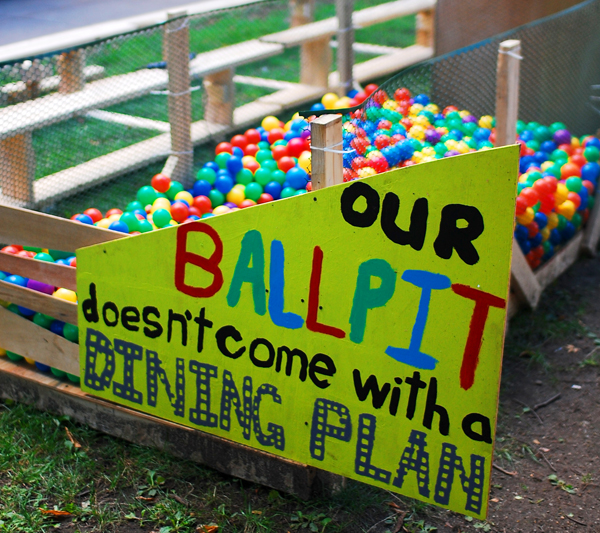 9 responses to “Y U NO HAVE ROLLERCOASTER”