My fourth of July in America's hometown

Well, I spent my 4th of July in Plymouth with Adam’s family and my family, and we had a lovely time. I made snickerdoodle cookies and blueberry pie for the family’s annual gathering, and Adam and I made our special recipe (read: something that we invented one night because we were dying of hunger) feta chicken, and our friend Mark ’07 manned the grill.

Adam’s family is Portuguese, so they make linguica dogs for the 4th. They actually do make some regular hot dogs now, but that’s only because of the horrified look on my face in 2004 when I realized that there were no hot dogs on the 4th of July. The look of horror prompted Adam’s mom to ask me what kinds of ethnic foods my family makes. Ethnic foods? The most exotic place anybody in four generations of my family came from is Indiana. (I think I said candy buckeyes, which are not ethnic so much as delicious.)

After the giant food extravaganza (and after a somewhat violent game of monster badminton), we headed down to the Plymouth waterfront for the fireworks. Usually we sit up on a hill in the middle of an 18th-century graveyard, but this year we decided to go down to the breakwater instead. I was kind of sad, because I like sitting in the graveyard — it makes me feel all historical. Adam is totally over the whole Plymouth history thing (I guess that’s what happens when you grow up there), but I cannot get over how cool it is that the Pilgrims might have gotten off their ship at the exact place that I was watching the 4th of July parade almost 400 years later. 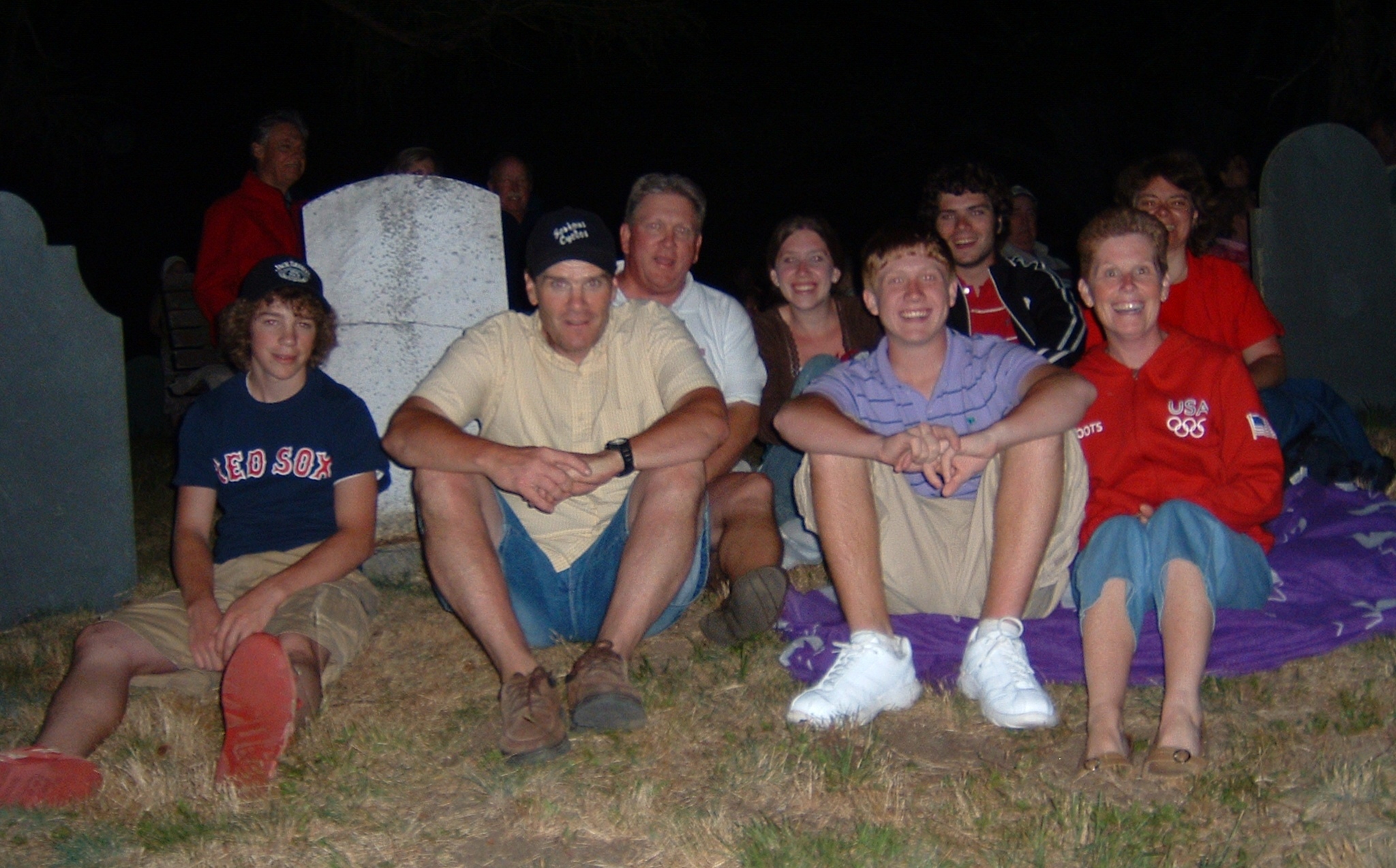 Adam, Mark, and I drove back to the city early yesterday morning, and Adam and I went to work for about a half-day before taking our bunny, Abby (full name: Princess Abigail Hops O’Houlihan Woodworth), to the vet for her first check-up. She is in excellent health, I am happy to report, although she doesn’t like riding in the car at all.

And now I really have to stop wasting time on the internet and get back to writing my paper. I’m drowning in lab notebooks…

EDIT: Ooh, and happy anniversary to my blog!

Hi, I’m a member of the class of 2010, and I was wondering if there is a Carvel ice cream place near MIT…

For a Carvel ice cream store, you’re going to have to T it up a little bit. The closest store is in Malden, about five miles away. To get there, you’d have to take the Red Line inbound from Kendall to Downtown Crossing, then switch to an Orange Line outbound train and go to the Malden Center T stop. The store is about a mile and a half from the station, so you could either walk or take the #105 bus. (I will note that this trek would not be considered particularly bizarre — my friends and I have gone to nearby Everett on special occasions for fresh Krispy Kreme donuts or for Phil ’05’s 21st birthday party at Chuck E. Cheese.)

I’ve been reading about this cool new feild called neuroengineering… Is anyone at MIT researching that? I was just wondering, because I think brains are cool :)

Haha, I am just going to blindly point you at the Biological Engineering department, because to be honest, I am puzzled by the distinctions between all the different combos of biology + engineering that everybody always talks about. Suffice to say that majoring in BE at MIT (and taking classes in/doubling in brain and cog sci) and doing research in bioengineering/neuroengineering would be excellent prep for a PhD program in neuroengineering — my friend Stephen ’05, who majored in biology with several EECS classes on the side, is now getting his PhD in a neuroengineering lab at Stanford.

2 responses to “Yes, I am still alive”