An early evening snapshot of an MIT kitchen

Destiny, the southern half of the first floor of Random Hall. One of three all-male floors in Random, and the only floor with monkey bars. From the floor description:

Sometime between 2002 and 2005, the then nameless Destiny sold its naming rights on eBay for $36 and used the money to build stadium seating in the lounge. The highest bidder named Destiny after his daughter. Destiny as a floor is dating Loop, the southern half of the second floor, flowers and dinner included. Tonight we are in Destiny kitchen. 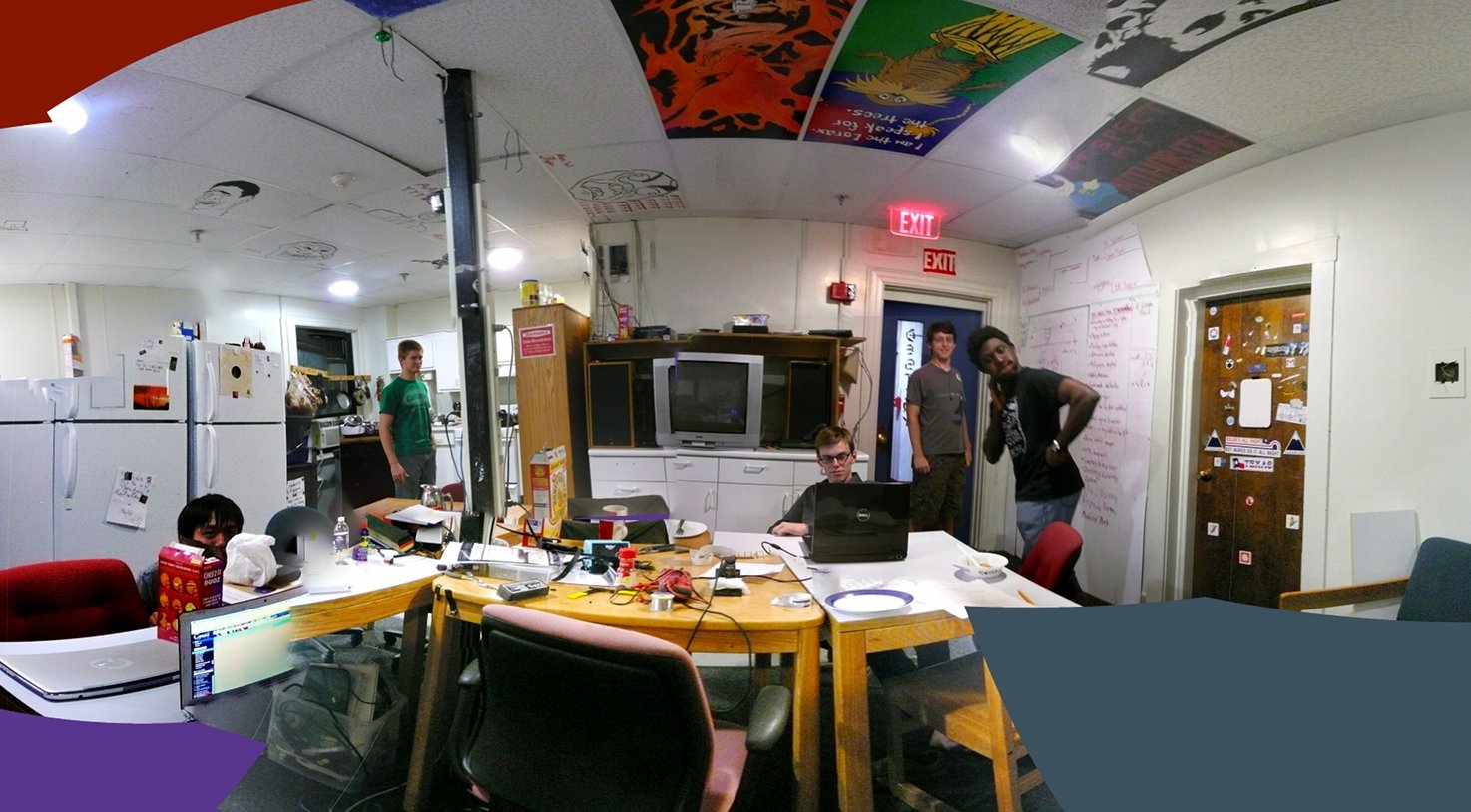 The MacBook is a ghost, two fridges have been nommed, and the exit sign is breeding. These are not normal occurrences in Destiny kitchen and are not representative of reality. Please excuse my photo stitching.

From left to right—

Phillip ’15, hiding behind the Cheez-Its. Phillip is a freshman on pass/no record. He intends to declare Course 4 (Architecture) as his major at the end of this year, when freshmen at MIT declare their majors. 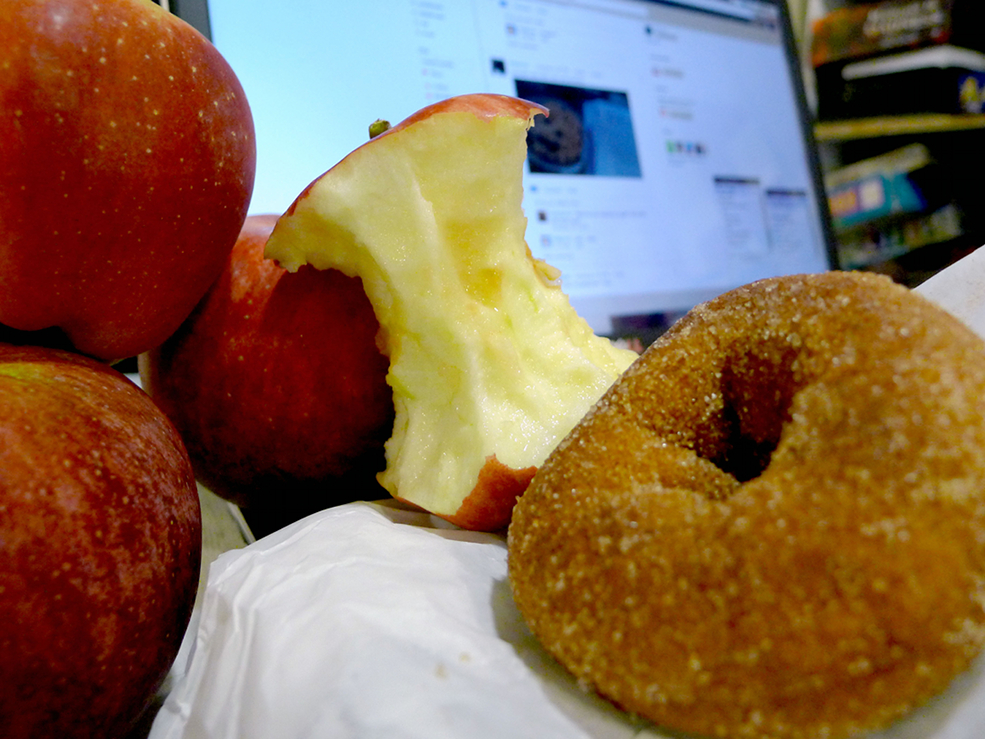 Chad ’13, in the green shirt, stopped by the kitchen for a cup of tea on his way to fight an invisible space bear the printer. Chad is majoring in Course 22 (Nuclear Engineering).

Devin ’13 is watching the West Wing. A few minutes ago he was reading up on hyperinflation in Zimbabwe and Hungary. Devin is Course 18 (Math).

Cory ’13, a Course 2 (Mechanical Engineering) major, is working on a 2.006 (Thermal Fluids Engineering II) problem set. 2.006 is the second in a two-class series on thermodynamics, heat transfer, and fluid flow. This problem set is on boundary layers and laminar external flows, neither of which I understand.

Erons ’12, also Course 2 (“I major in Awesome.”), is taking a break from his own tooling to help Cory with his p-set. Otherwise Erons is working on his term project for 2.009 (Product Engineering Processes). In addition to launching angry birds at each other, 2.009 students spend the semester designing and building awesome consumer products that they later present to the MIT community.

Me, on the couch, taking this photo. I am looking at pictures of agarose gels for my UROP, doing my 6.042 (Math for Computer Science) homework, and writing this blog post (how meta).

I leave you with a photo of Erons’s angry bird in a chair: 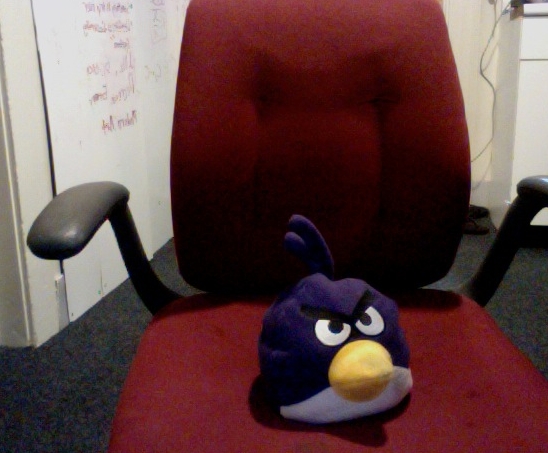